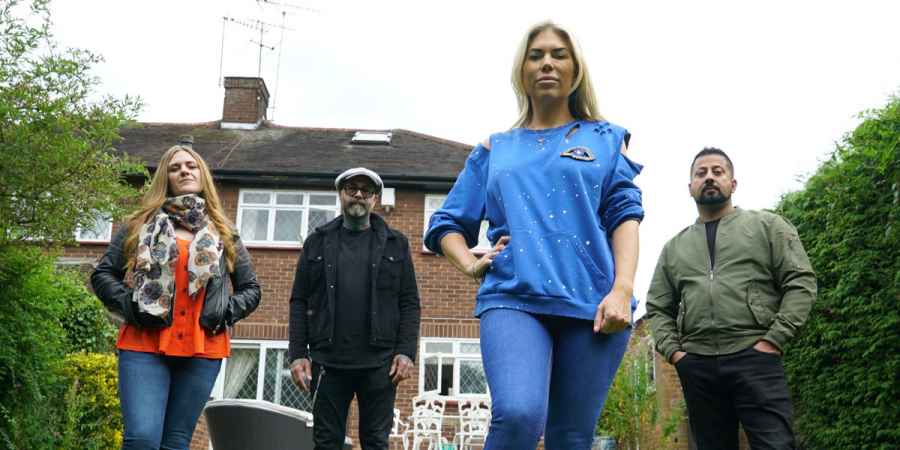 Photo: © Discovery+
Barri Ghai, Jayne Harris and Ian Lawman head to Essex to spend a night in the haunted home of 'The Only Way Is Essex' star Frankie Essex in the latest episode of 'Celebrity Help! My House Is Haunted', where they deal with a child attachment and a spirit that's reluctant to leave.
Even those who are totally clueless about celebrity culture will probably know Joey Essex, well Frankie is his sister. The 34-year-old is a reoccurring member of the 'The Only Way Is Essex' cast, alongside her brother.
Frankie has lived in the house since she was nine years old, she said "I can't wait to find out what the team discover." She's seen a phantom arm knock on the kitchen window, she's also seen strange shadows, objects moving on their own, and flickering lights. The reality star finds most of the activity occurs at the back of the house.
En route to the celebrity home in Chigwell, Jayne, who's the team's resident historian, tells the team that the area has a history of highwaymen, including in nearby Epping Forest.
As the show's psychic medium and an ordained exorcist, Ian is always kept in the dark about the location in advance, but as he was driven their with his team mates he said, "I'm aware of someone either drowning, or having a connection near water." Ian added the celebrity, who's a mystery to him, is likely to have an attachment. He says for this reason he thinks she's a younger person. 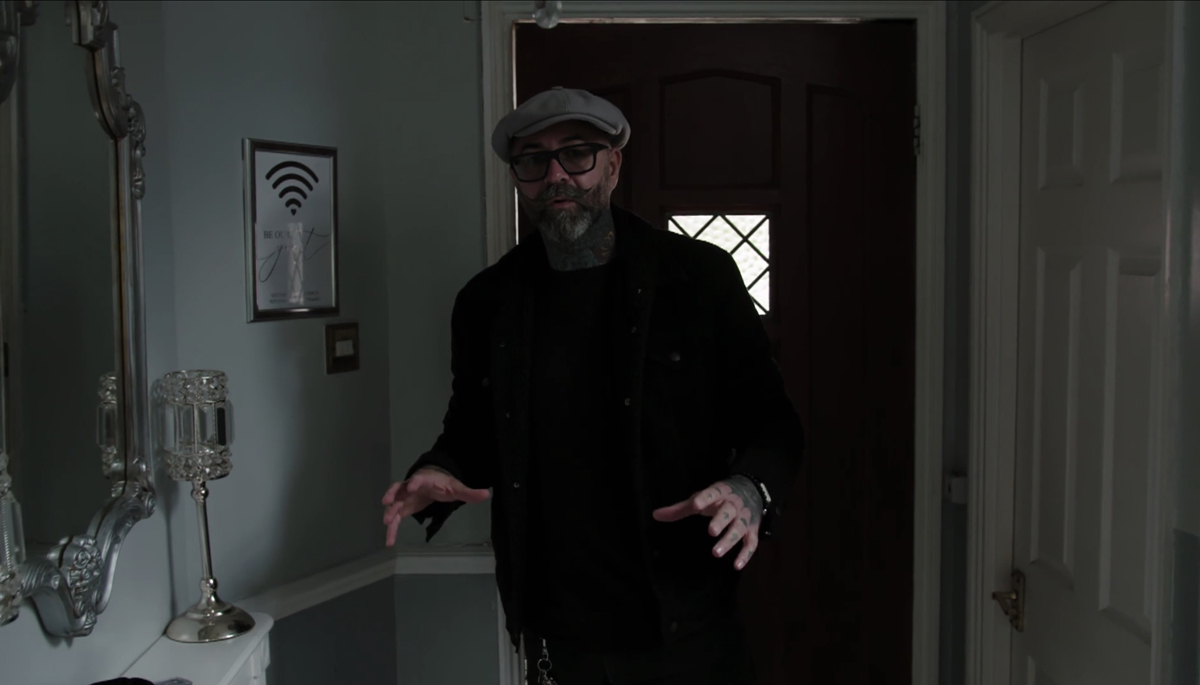 Ian was the first to enter the house alone in order to conduct his psychic sweep. He initially found himself drawn towards the kitchen where he said, "I feel there could have been some kind of poltergeist activity in here," this did tie in with what Frankie had said. He added, "it's almost as if somebody is trying to get someone's attention."
Focusing his attention on the window where Frankie had seen the hand, Ian said, "I almost feel like I want to reach out into the garden, almost as if there wasn't a window here."
In the living room, Ian said "once again, for me the garen is really significant." He said he could see a group of people paddling or playing near water. He added, "there's something to do with a female energy and this water." He said this female energy has been brought to the house from elsewhere.
Now upstairs, Ian walks into a small room that is now Frankie's dressing room, but he says "whoever would have stayed in this bedroom would have been petrified, they'd have been really uncomfortable." He also mentioned some kind of an apparition sat on the end of the bed in this room. 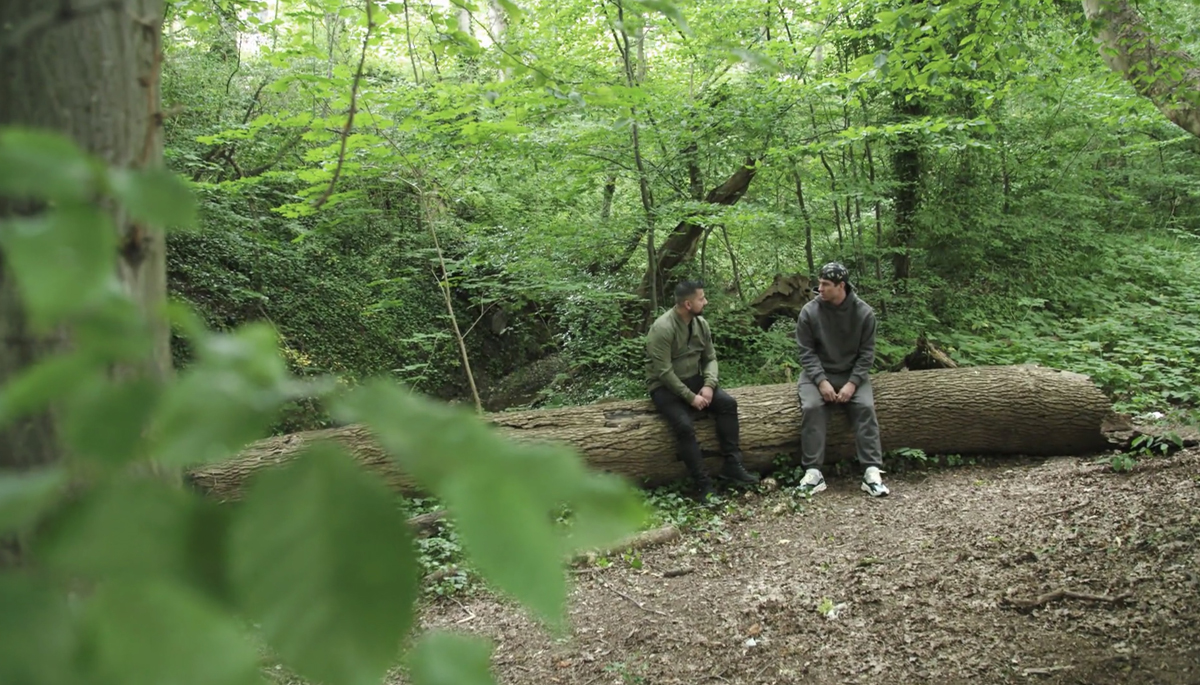 Photo: © Discovery+
The team's technical expert, Barri, went to meet with Frankie's little brother near the brook that runs past the house. Joey tells Barri, "this is where I used to hang out as a kid". He says that the brook flows through a tunnel that is known locally as "devil man's tunnel." Joey tells Barri that he once crawled through the tunnel. Joey admitted that the area was a little creepy and said, "apparently, it's like haunted a little bit down here."
As a kid, Joey's bedroom was what is now Frankie's dressing room. He tells Barri, "I couldn't really sleep at night, I was a really bad sleeper."
Meanwhile, Jayne had gone to meet local historian, Penny Griffiths-Morgan to find out more about the history of the area, which would have all once of been part of Epping Forest. Penny tells Jayne that Frankie's house is on the site of the former Brookhouse farm, which takes its name from the very brook where Barri had met with Joey.
Penny also tells Jayne about a lot of water-related deaths in Epping Forest, including a mother named Mary Jane Heathcoat who drowned her own children due to an illness, plus the death of a forest ranger who was found drowned in a pond. 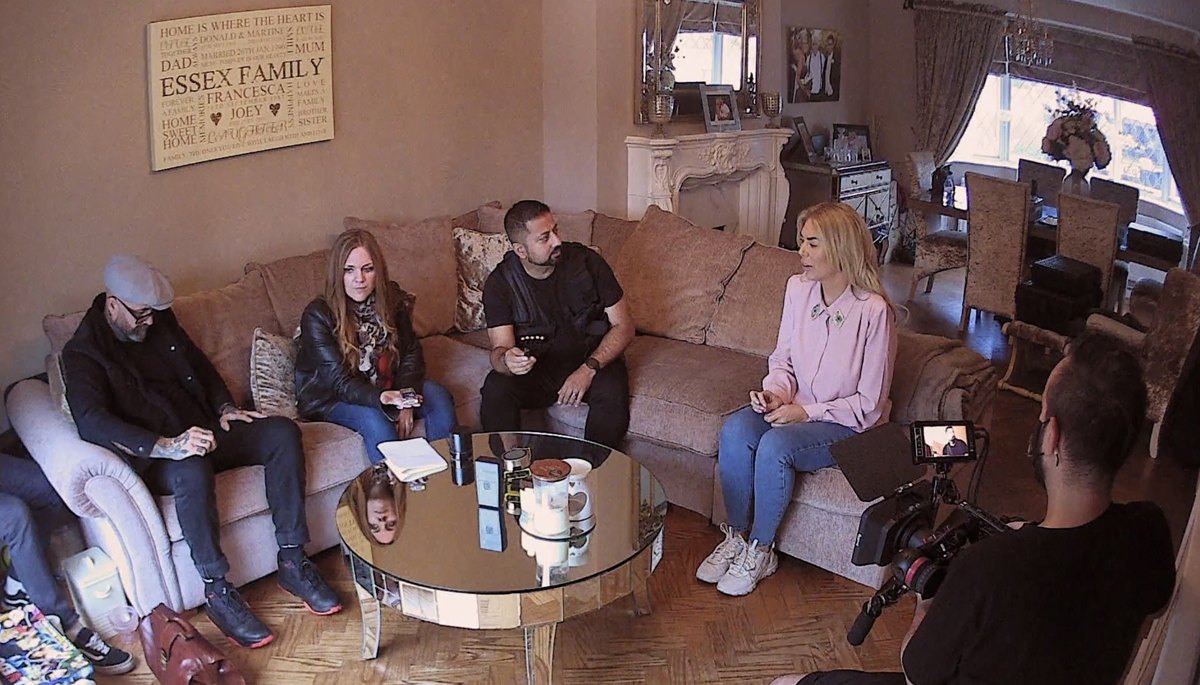 Photo: © Discovery+
After completing their initial investigation, the team re-group at the house to talk through what they've found out and put a plan together. They start by inviting Frankie to join them for a "spirit trigger" session, where they hope that her presence will stir up the ghostly activity.
They began together in the living room and were using an audio recorder in an attempt to capture EVPs. An EVP, or Electronic Voice Phenomenon, is a form of spirit communication that involves capturing the sound of spirit voices in audio recordings. They playback a recording and hear what they think sounds like a voice saying "Mary". Could this be a link to Mary Jane Heathcoat who drowned her two children in 1891?
Frankie then told the team that she used to have 'Mary, Mary Quite Contrary' wallpaper in her bedroom, the relevance of this is unclear, but the team ask her to recite the nursery rhyme.
Frankie is then placed alone in the dressing room, Joey's former bedroom. They were using Necrophonic, an app that is pre-loaded with partial words, reverse audio, and the phonetic sounds that make up words. The app randomly spews out these sounds and it's believed that spirits can affect the random nature of this app in order to form the words they are trying to communicate. It did seem to spew out some relevant phrases, which Ian said sounded like a child's voice.
Outside the house, the team then ask Frankie to attempt a spirit communication session with some dowsing rods, of course this is a controversial and debated method, but the metal rods seem to direct the team towards the nearby brook. Ian thinks something might have followed Frankie and Joey home from here as kids. 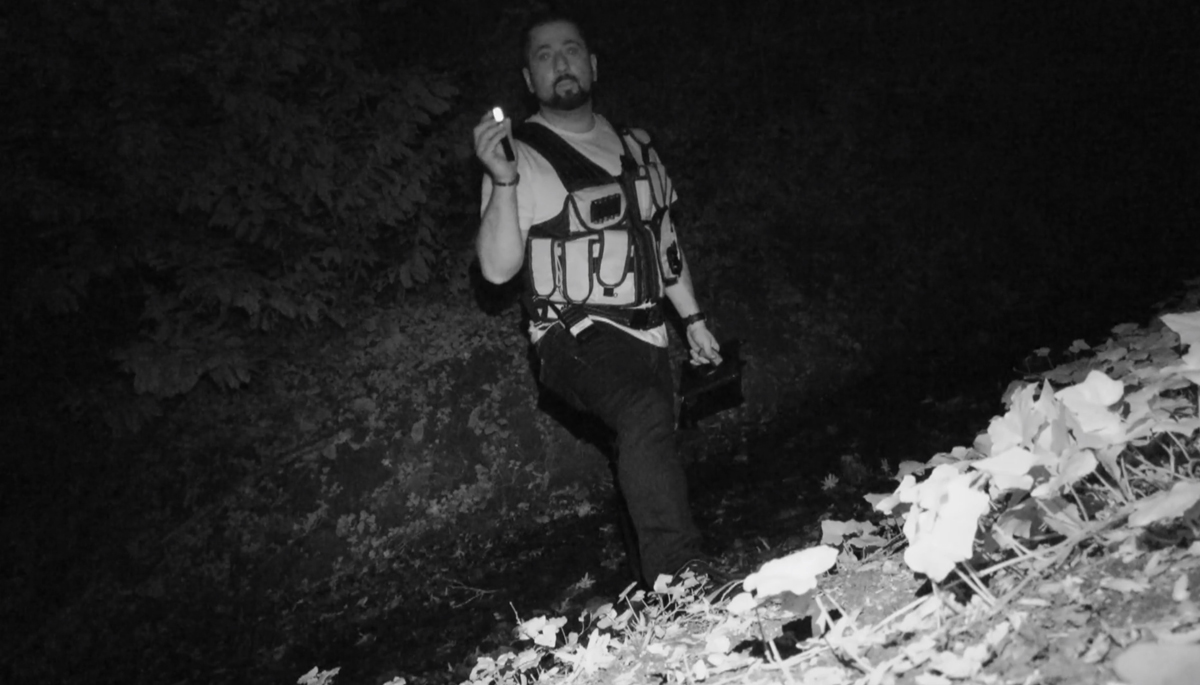 Photo: © Discovery+
Frankie left for the night, leaving the team locked down inside. They began their investigation in the living room, where once again they attempted to capture EVPs. They initially capture what they think sounds like a voice saying "Frankie".
A little while later, while using a ghost hunting gadget called a spirit box, a walkie talkie left on the coffee table suddenly turned itself on. Barri speculated that this could have been a form of instrumental trans-communication (ITC). This is a term that refers to all forms of spirit communication using any kind of electrical instrument.
Seconds later the spirit box turned itself back on. This leads Jayne to believe that this could mean the spirit is trying to leach energy from the devices, which is perhaps a difficult concept to get your head around as it would make more sense for a spirit to take the energy straight from the device's battery without turning it on. You'd think that turning a device on would result in the energy being used up by the device and reducing the amount of available energy to feed on.
Jayne moves on into the kitchen where she's using an SLS camera, a special type of camera that uses 3D mapping technology to detect human shapes and highlights them on its screen in the form of a stick figure. At one point such a figure appeared on the camera's screen behind a doorway. Jayne ventured upstairs and saw a similar figure in Joey's old bedroom doorway. Barri says, "there's clearly something up there with Jayne."
Barri and Ian followed Jayne upstairs, but Barri immediately began to feel unwell. Jayne feared that a figure she'd seen on the SLS screen that vanished might have attached itself to Barri. Whatever it was, it produced a violent effect in Barri.
Jayne and Ian continue their investigation in Joey's former bedroom, using an app called Paravox, which is similar to the Necrophonic app they used earlier.
Meanwhile, Barri went to the brook alone where he stood near the stream and attempted to capture EVPs, but was distracted when he heard what he thought was a child crying. The noise, which was caught on camera did sound like a human cry, but it was quite distant and could have just as easily been a vixen fox's cry.
The investigation ended with the team trying to move on the spirits trapped in the house with a blessing session.
The investigation of Frankie Essex's house is available to watch on demand on Discovery+ now, with the next episode of 'Celebrity Help! My House Is Haunted' dropping next Friday.