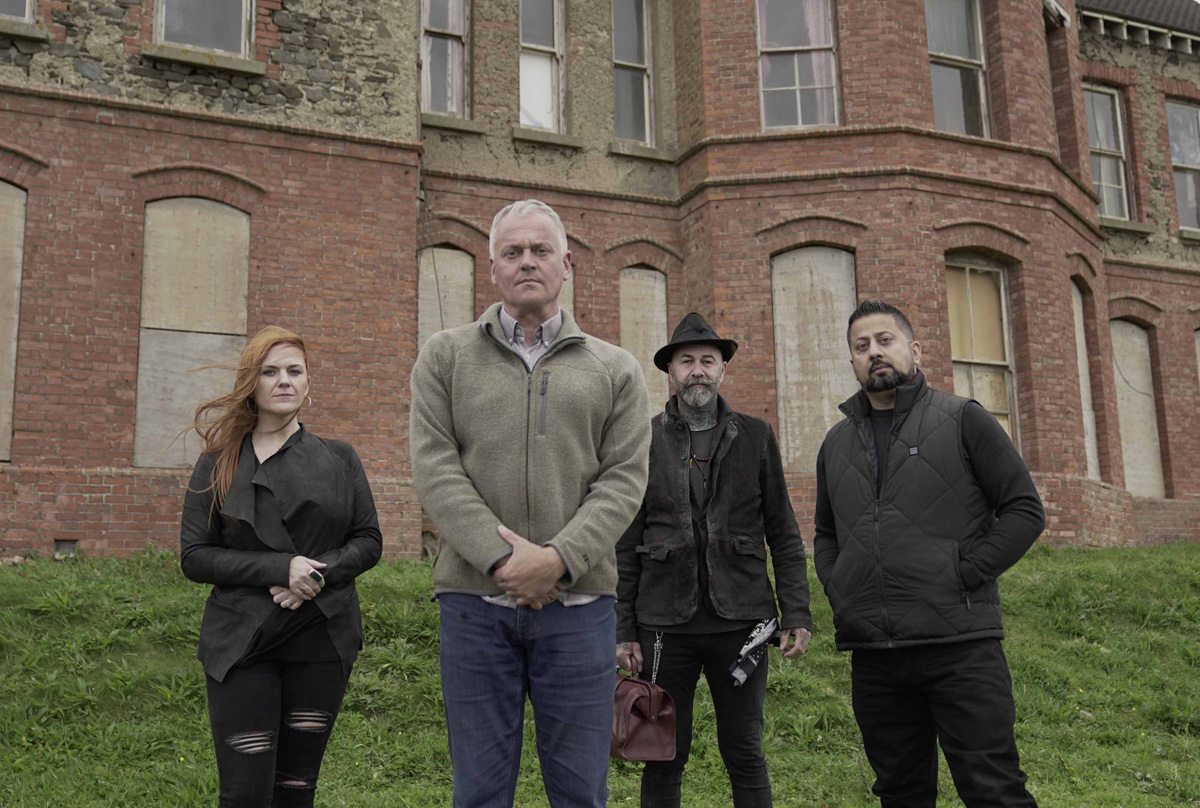 'The Spooky House' is the 13th episode of 'Help! My House Is Haunted', which dropped on Discovery+ today, but will the team be unlucky as they head to visit a famously haunted house in North Devon?
They've been called to the seaside village of Westward Ho! by Rob, who has recently acquired Seafield House, a 19th century former B&B. Rob admits that he's "always been intrigued by the house" and its haunted reputation, which is very well known locally.
The house was unoccupied for six years before Rob took it over, its previous owners had lived in the spooky seaside mansion for 60 years and ran it as a bed and breakfast. Rob is planning on renovating the property, but before he can reopen it as a guest house he needs the team to give it the supernatural all clear. In the episode, Rob said, "I would very much like the team to get rid of any negative entities that they discover and cleanse the house." 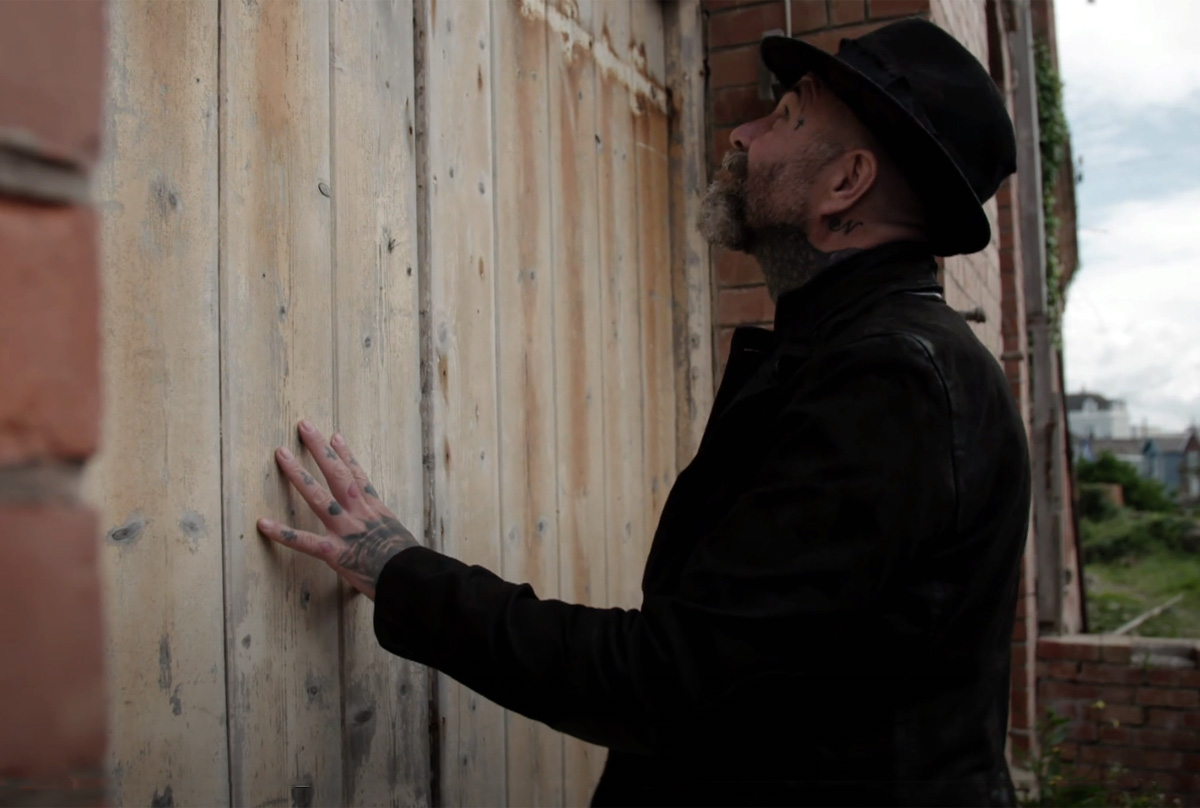 Photo: © Discovery+
The team split up to conduct their initial research. Resident psychic medium, Ian Lawman, was the first to enter the creepy looking building overlooking the beach. The house is abandoned and boarded up, so Ian was forced to conduct his walk around by torchlight. He described a "strong female presence" named Elizabeth in the house as well as the energy of children playing. He also picked up on the house's previous uses, including a military connection.
Technical expert, Barri Ghai, went to meet Jayne Mortimore on the terrace of a lovely looking seaside bar, to find out about Seafield House's haunted reputation. Jayne is a local folklorist, who has done a lot of research on the house. She tells Barri that a ghostly lady has been seen in the building. Jayne thinks this could be the former resident. She said, "she loved the house so much, I would imagine that in such a setting she would want to stay within those walls." Jayne told Barri that this woman's name was Elizabeth, which of course ties in with what Ian picked up.
Jayne Harris, went to meet fellow historian, Peter Christie, who told her a little about the history of Seafield House, including its wartime use as an officers' mess. This was more confirmation of Ian's findings on his solo walk around. 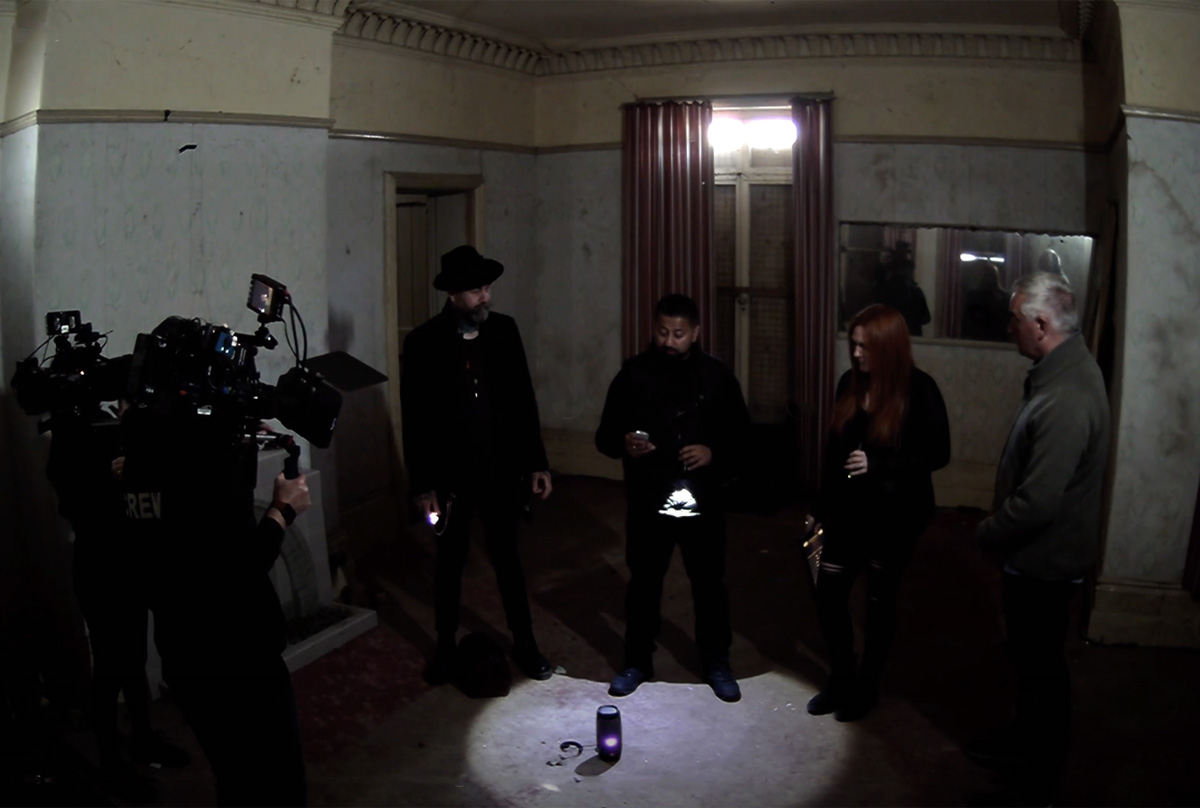 Photo: © Discovery+
The team came together to share their research with Rob, and invited him to take part in their first experiment, which they call "spirit triggers." They hope that Rob's familiar presence will encourage the ghosts of Seafield House to communicate. They began in the main room on the ground floor, which was previously the lounge.
They were using a REM-Pod, a ghost hunting device that radiates its own electrostatic field. If anything enters this field, the device will alert them by emitting a beeping sound. The device did beep several times as they called out to the spirits with Rob. Barri was recording at the same time using a digital audio recorder, when he played the audio back they heard the recorded had captured what sounded like footsteps.
They are also using an app which randomly produces sounds from a pre-loaded bank of phonemes, the sounds that make up words. It's believed that spirits can affect the random nature of this app in order to communicate words and phrases. While using the app, the team believe they obtained confirmation that they were speaking to the spirit of Elizabeth. A little later Ian and Rob heard a direct spirit voice in the form of a whisper. They then caught of hushed voice saying the name "Henry" on the audio recorder. 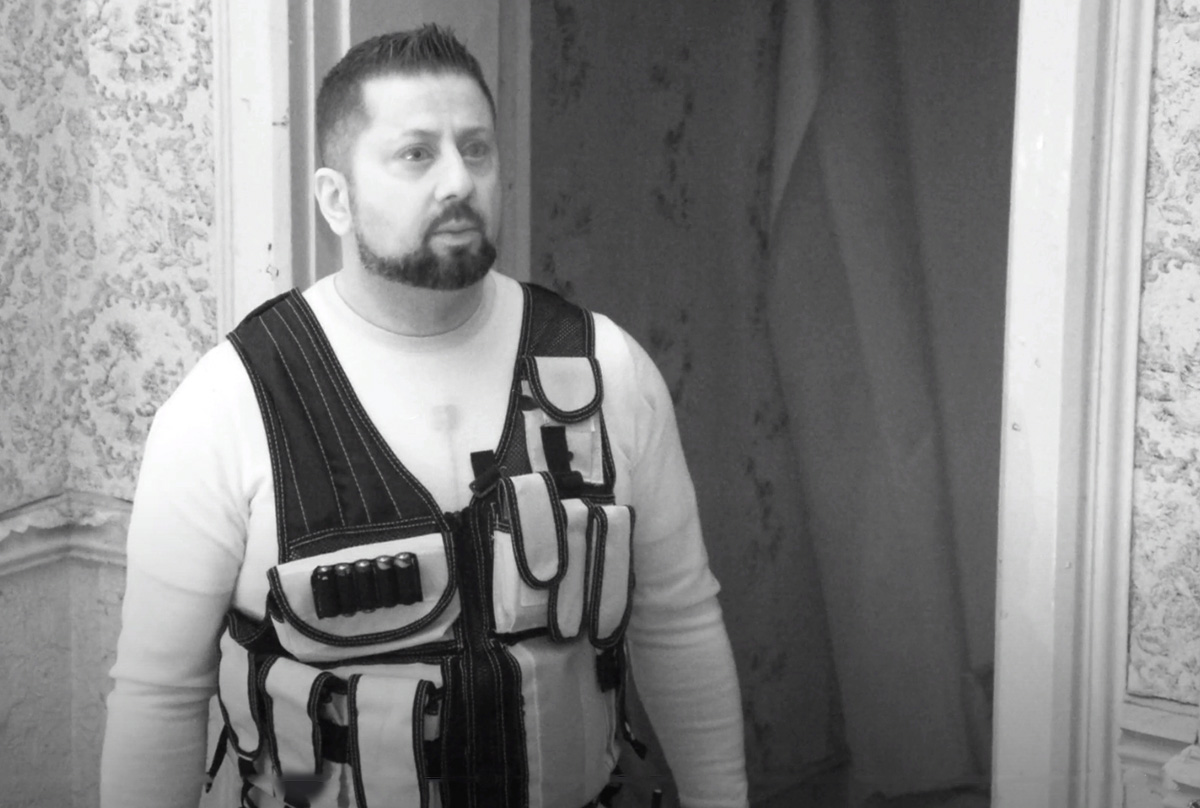 Photo: © Discovery+
Rob leaves the team for the night, and with static night vision cameras rigged throughout, the team started their nightlong investigation on the landing. As soon as they got started, they heard unexplained noises coming from downstairs, a disembodied giggle and then a door slamming. They next placed some marbles on the floor in the hopes that the child spirits of the house would play with them. A moment later one of the marbles vanished as another sound was heard. Was this the marble being thrown?
The moment with the vanishing marble was excellent, but sadly we didn't get to see the team trying to recreate this. If an object seemingly moves with such ease as a result of paranormal activity and you have multiple cameras in the vicinity, then it seems mad not to try to encourage the spirits to repeat the action and catch it on camera. Instead, the team switch to using a ghost hunting app, which seemed to advise the team to move away from this proven-active area in favour of the basement.
The team later head upstairs in search of Elizabeth's spirit, they use what Jayne describes as a "fairly primitive way of investigating," that being the ParaTek app that can be switch to 'yes or no' mode. Using the tool in this way, the team felt they made contact with Elizabeth and determined that she was happy to stay in the house, despite being saddened by its current state.

Although the team didn't actually encounter anything negative during their investigation, the episode ends with Jayne burning sage to remove any residual negative energy in the house. The aim of this was to help any spirits leave if they choose to, perhaps a spirit the team didn't make direct contact with. To help with this goal, Ian also blessed the house with prayer.
You can watch the full fourth season of 'Help! My House Is Haunted' so far right now on Discovery+, with a new episode dropping next Friday.