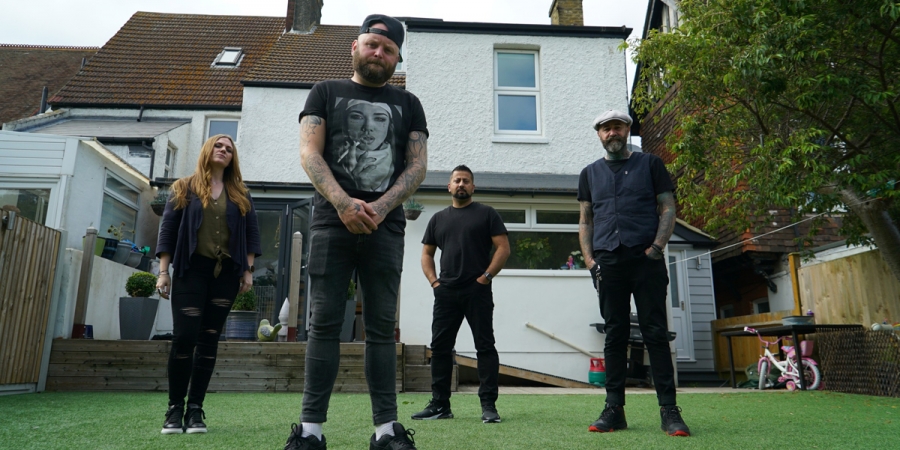 Barri Ghai, Jayne Harris and Ian Lawman head to Kent to visit the haunted home of social media star, Arron Crascall in the latest episode of 'Celebrity Help! My House Is Haunted'. The team are on hand to witness him running scared from his own house, which they learn has a brutal and terrifying history.
Funny man, Arron, shot to fame with his catchphrase "see ya later" on Vine, the defunct video sharing service. Since then he's moved his comedy videos over to Facebook and Instagram, and can now also be found on YouTube, TikTok and Twitter. The 39-year-old lives in Dover and has appeared on various other reality shows, including 'Celebrity Coach Trip'.
Speaking in the episode, Aaron said, "I totally believe in the paranormal, I believe that there is someone or some think [sic] in this house with us."
According to Aaron the top floor of the house has a creepy vibe. He explained, "you're not alone up there, 100% you're being watched. It's not a malicious feeling, you just feel like you're not alone." He's also experienced a tap turning itself on in the first floor bathroom and the kitchen lights mysteriously dimming themselves.
Aaron, who is hoping the team will find out what's going on in his house, doesn't thinks the activity is malevolent in any way, because it's playful in nature he thinks it might be a child spirt.
As the show's psychic medium and an ordained exorcist, Ian is always kept in the dark about the location in advance, but as he was driven to the celebrity home in Dover with his team mates he said, "I think there's going to be a lot of history in this property, so I think we may get multiple or different types of personalities when we walk in." The psychic added that he thought the home might play host to poltergeist activity and a male presence. 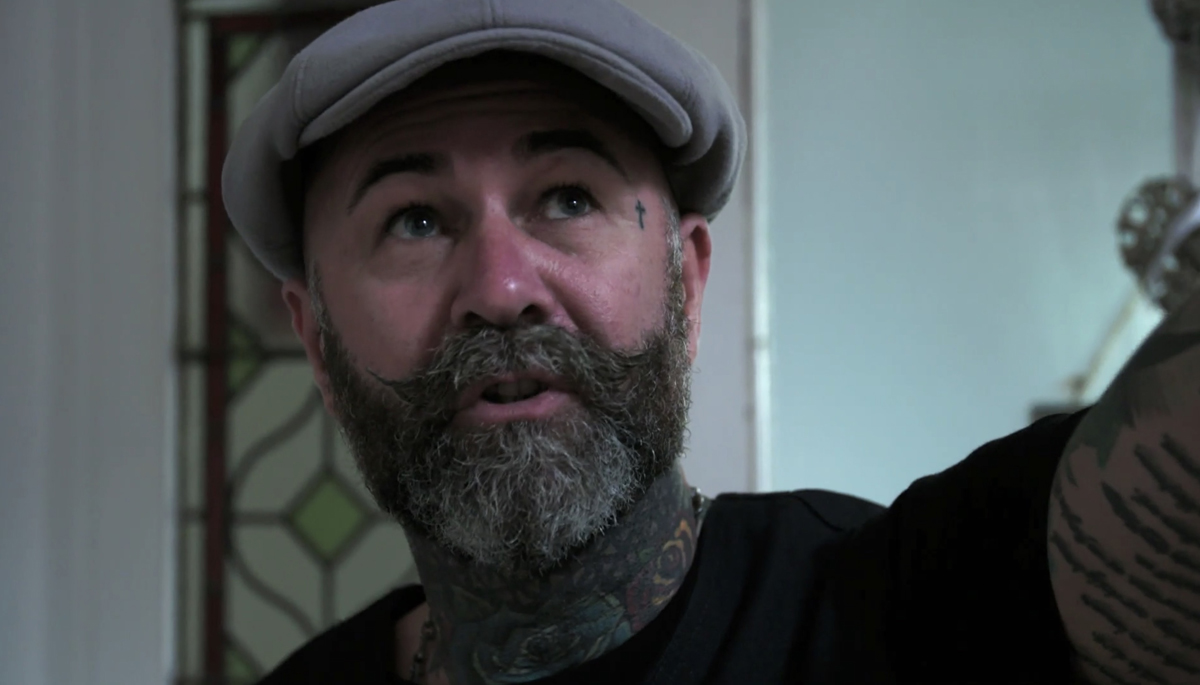 As soon as they arrived at the property, Ian had an awareness of something significant that had happened out on the street in the past, we didn't get any closure on this claim. As Barri and Jayne headed off on their own fact-finding missions, Ian entered the house alone in order to conduct his psychic sweep.
Upon walking in, Ian said that the property was buzzing with "really hyper energy" and was instantly drawn to a child at the top of the stairs. He said, "she is an active spirit, so she will be able to communicate with me." He then entered the living room, where he picked up on the energy of a spirit animal, as well as other spirits walking around, which he described as a bit sinister.
Heading upstairs, Ian said he could feel the energy changing. He said, "it feels more sinister the higher I go up, more uncomfortable." At the top of the stairs he said, "wherever I go, I feel this little girl following me around." He said it was as if she was trying to counteract the negative energy in the property.
In the bathroom Ian was dawn towards the sink and turning the tap on, said "it wouldn't shock me if spirit doesn't mess around with this." Ian was then drawn to the top floor, but as soon as he reached the top of the stairs he said there was a "dark, uncomfortable energy."

Jayne Digs Into The History Of The Area 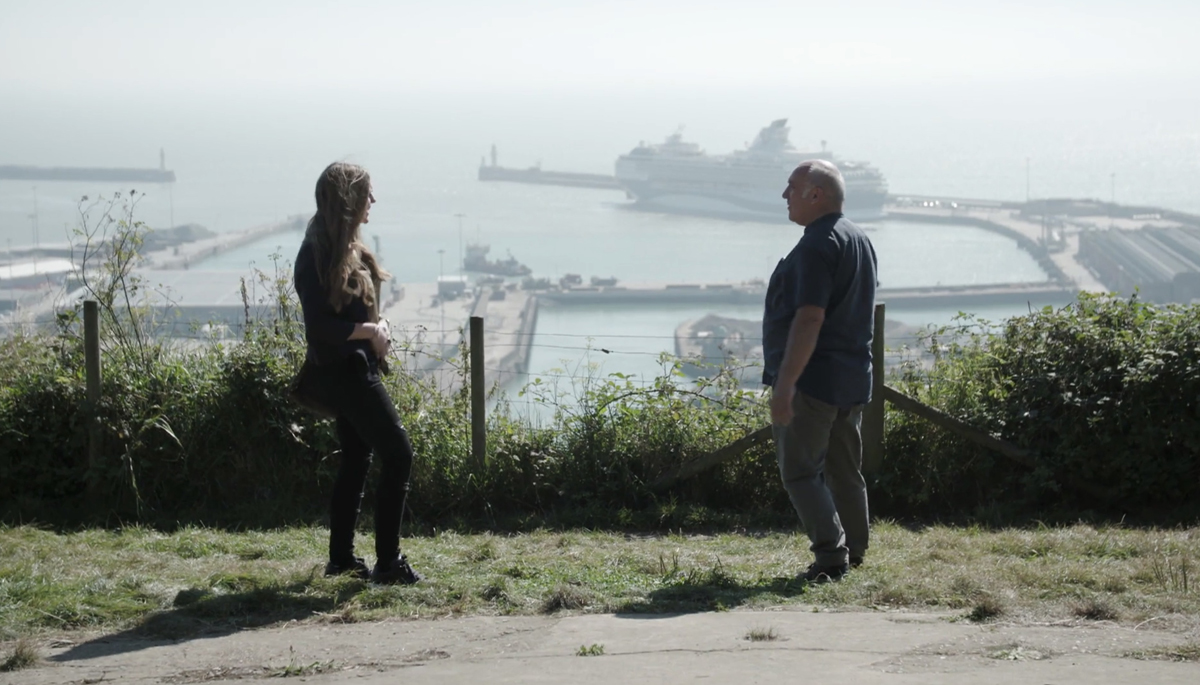 Jayne headed off to meet local historian, Barry O'Brien, who told her some information about the history of Aaron's house and the surrounding area. It's revealed that the house stands near to where a brewery once stood. The historian tells Jayne, "one of the foremen working there was bitten by a rabid dog, and there was a big outbreak of rabies throughout the town."
He continued, "he eventually developed delirium and tried to commit suicide, he tried to throw himself out of a window, and it took six people to restrain him. And a week later, unfortunately, he was declared beyond help and died of rabies."
Meanwhile, the team's technical expert, Barri, was at a local pub to meet Aaron's fiancé, Charlotte. She confirmed some of what Aaron had said and also told Barri that one of their kid's toys has started making noises of its own accord in the bathroom in the middle of the night. 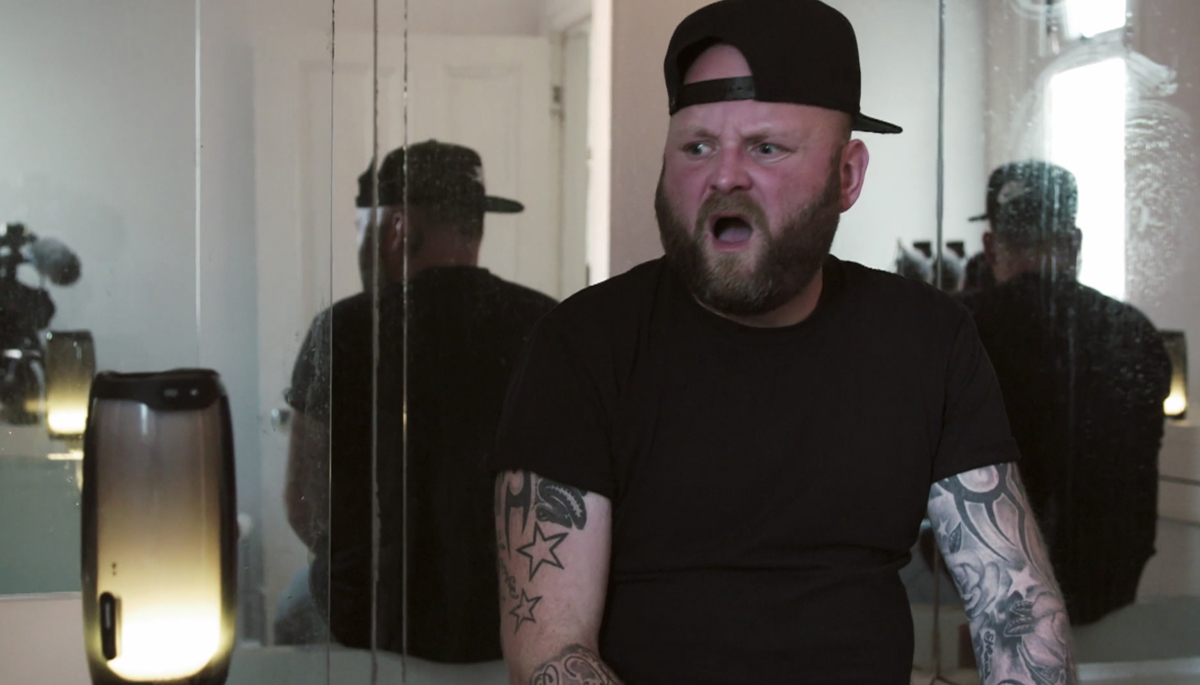 After completing their initial investigation, the team re-group at the house to talk through what they've found out and put a plan together. They start by inviting Aaron to join them for a "spirit trigger" session, where they hope that his presence will stir up the ghostly activity.
They started in the bathroom, where a lot of the activity has happened. Barri was using an app called EchoVox, which is pre-loaded with the phonetic sounds that make up every English word. The app randomly spews out these sounds and it's believed that spirits can affect the random nature of this app in order to form the words they are trying to communicate.
Aaron started by calling out to any spirits that might be present and was immediately freaked out by the random sounds coming through the device. The team later felt they had some more meaningful responses, including the word "work". Could this relate to the brewery foreman who worked nearby and was bitten by the dog? 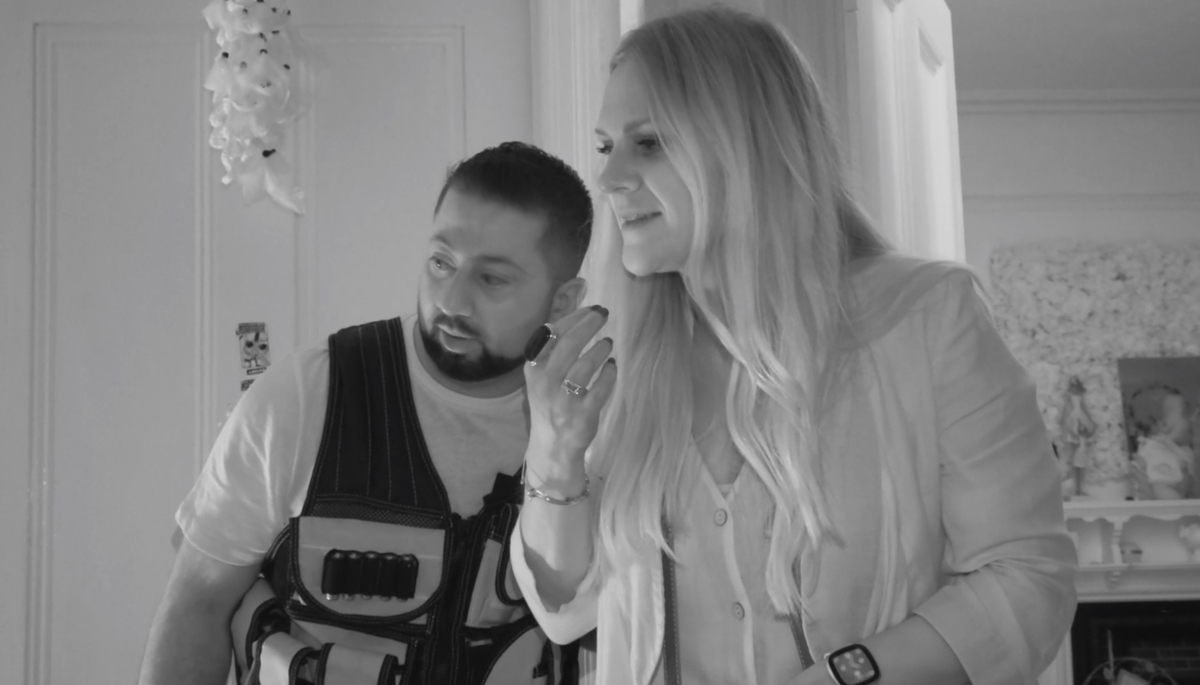 Aaron left for the night, leaving the team locked down inside the house. They began their investigation in the living room using a spirit box, a ghost hunting device which rapidly scans through radio frequencies. It's believed that spirits can manipulate the white noise in these frequency ranges to form words and sentences.
During this session Jayne captured what she believed to be a spirit's voice on her audio recorder. The sound came after the team made contact with the spirit of a young girl, who they believe is called Jennifer. Jayne asks the little girl, "how old are you?" This is followed in the recording by a sound, which the team think sounded like the word "six."
After this they move up to the bathroom on the first floor, where a bizarre sequence of events unfolded involving a gesture-controlled toy called a WowWee MiP Balancing Robot. The robot seemed to move around the bathroom floor as if an unseen presence was playing with it. After a while it got caught on some cables and fell over, at the same moment a proximity detector that Jayne had placed on the tap beeped to indicate something was close to the sink.
The team end their investigation on the top floor, where Barri is using an SLS camera, a type of camera that uses 3D mapping technology to detect human shapes and highlights them on its screen in the form of a stick figure. At one point such a figure appeared on the camera's screen next to Ian and appeared to touch him.
The investigation of Arron's house is available to watch on demand on Discovery+ now, with the next episode of 'Celebrity Help! My House Is Haunted' dropping next Friday.