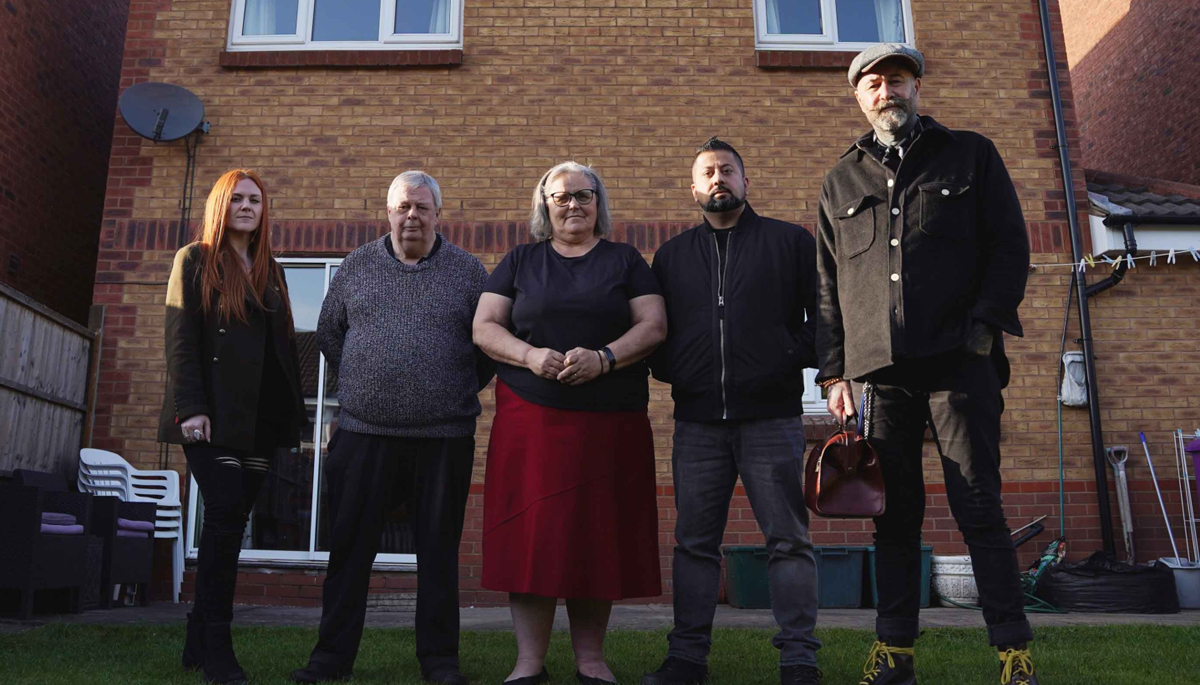 The 'Help! My House Is Haunted' Team Attempt To Close A Portal In A Desperate Homeowner's Bedroom

The 'Help! My House Is Haunted' team once again encounter paranormal activity on an unprecedented scale when they're called to the West Midlands by a desperate retired couple who've lived in a house of horrors for years.
The fourth-series episode entitled 'Pendeford Portal' sees Ian Lawman, Jayne Harris and Barri Ghai head to the Wolverhampton suburb, and Jayne couldn't be more excited. During the drive to the location, she tells her teammates "this whole area is so rich in myths, in legend, in folklore." Jayne tells us the weird reports even include sightings of werewolves and UFOs.
The team are in town to help Chris and Fran Smith, who say they've been attacked by whatever sinister force is lurking in their home. Fran described the moment when she felt as if she was being crushed against a wall and couldn't breathe. She said, "it didn't want me to call out." Chris has also had his own experiences, including the sighting of an apparition in the living room. Chris said, "I would like to see it gone, purely because it's scaring the hell out of the wife." 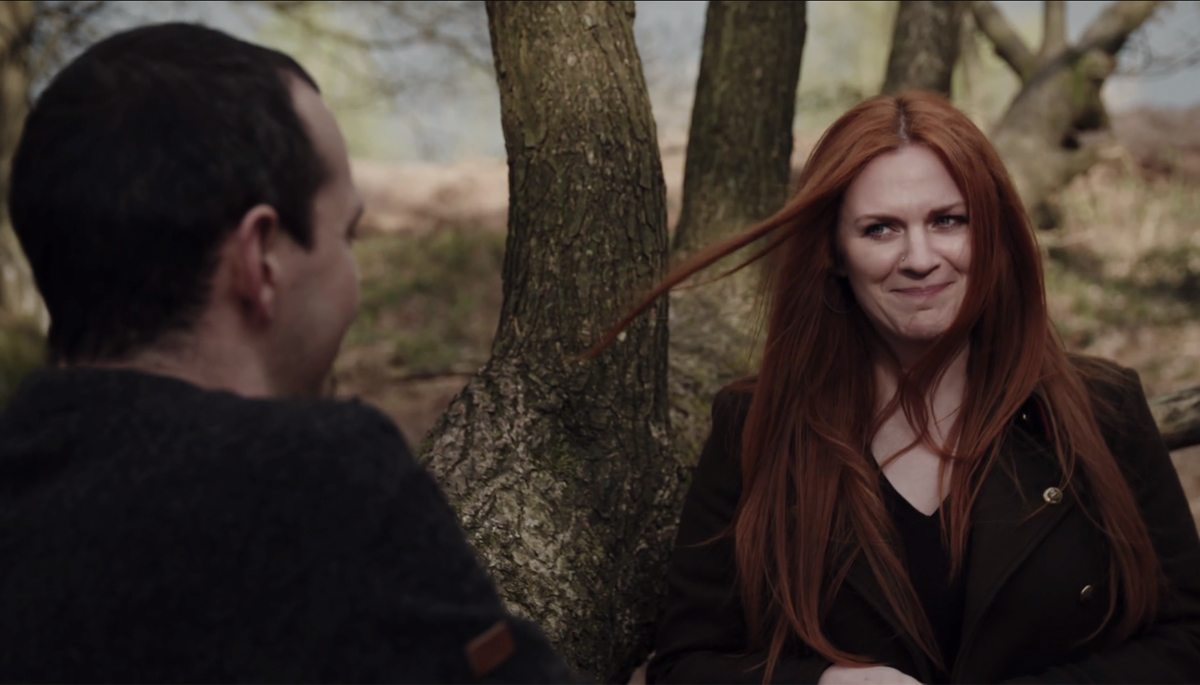 Photo: © Discovery+
In a car en route to the location, Jayne asked Ian, "are you feeling anything a bit out of the ordinary?" Ian told her he could feel a vibration in his feet and thought that the land would be particularly significant in this case. He also wondered whether there might be a military connection.
Ian was the first member of the team to enter the house, as always he was alone in order to conduct his initial solo sweep. As soon as he walked through the door Ian said, "it feels weird in here, because it's a new property, but it feels dark."
Ian said he had an awareness of someone in a uniform and said he was aware of the smell of chemicals, he said "that could also indicate a nurse or medical person." This matches Fran's account that her daughter has seen a nurse standing at the end of her bed. In the kitchen Ian was aware of the possibility of poltergeist activity, including objects being moved. Upstairs in one of the bedrooms, Ian said, "I think [a] spirit or spirits entered this house through this bedroom." Ian thinks that whatever they were using as an entrance and exit has recently been removed from the room.
Barri was chatting to the couple's daughter, Claire, who confirmed what Ian had thought. The family had suspected a mirror could be the cause of the haunting and they'd taken it from Claire's old bedroom and placed it safely in the garage. It transpired that Claire had actually had two mirrors in her room which were facing each other. Barri said this makes it "a very serious case."
While Ian was exploring the house, Jayne was 10 miles away in the depths of Cannock Chase, a notoriously haunted ancient woodland. She was joined by Ben Winfield, an expert in the occult. He told Jayne that there is a ley line that runs all the way from the forest to Pendeford and this could mean heightened paranormal activity. He explained, "you usually find it all the way along these lines."
Ben also told Jayne about the seriousness of the pair of mirrors in the house. He said, "if you have two mirrors facing each other they can create what's known as a singularity point. So you're possibly looking at a potential portal." Ben warns that now the mirrors have been removed, the spirits have no exit. 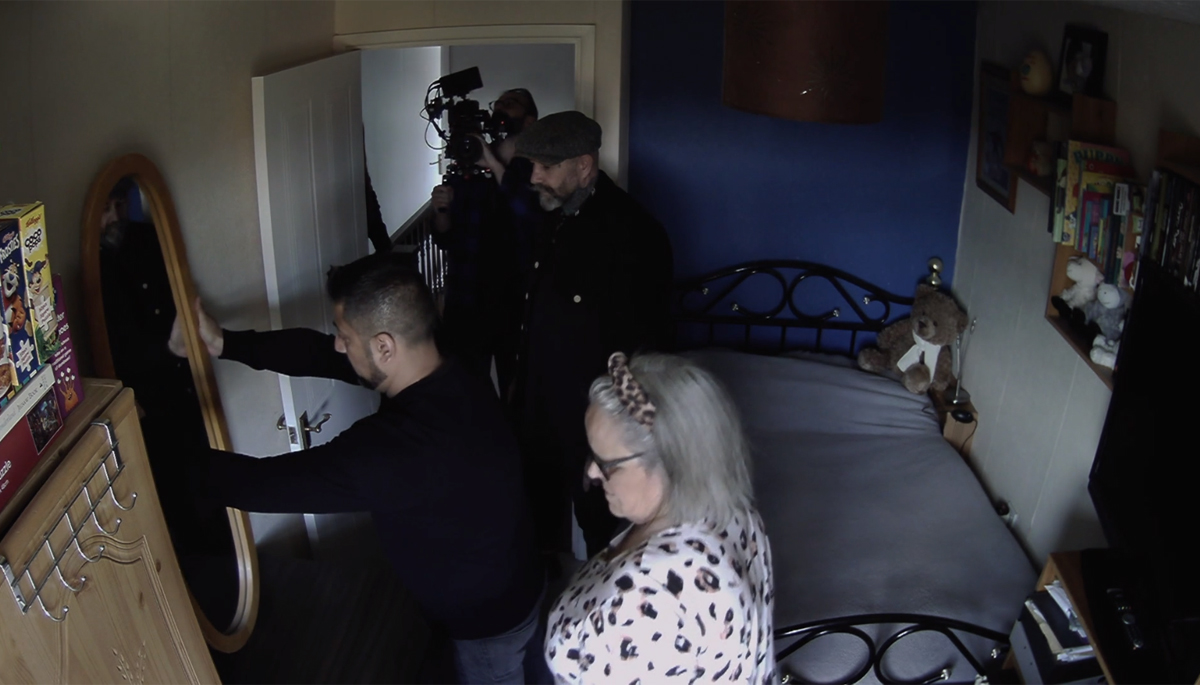 Photo: © Discovery+
The team came together to share the findings from their initial investigations and agree to return the mirror to the bedroom before they go any further. They then invite Chris and Fran to take part in the first part of their investigation, in which they hope to use the couple's presence to trigger spirit activity.
They begin in the living room where they're using a ghost hunting app called EchoVox, which is pre-loaded with the phonetic sounds that make up every English word. The app randomly spews out these sounds and it's believed that spirits can affect the random nature of this app in order to form the words they are trying to communicate. The voices through the app seemed to confirm a possible link to the mirror. 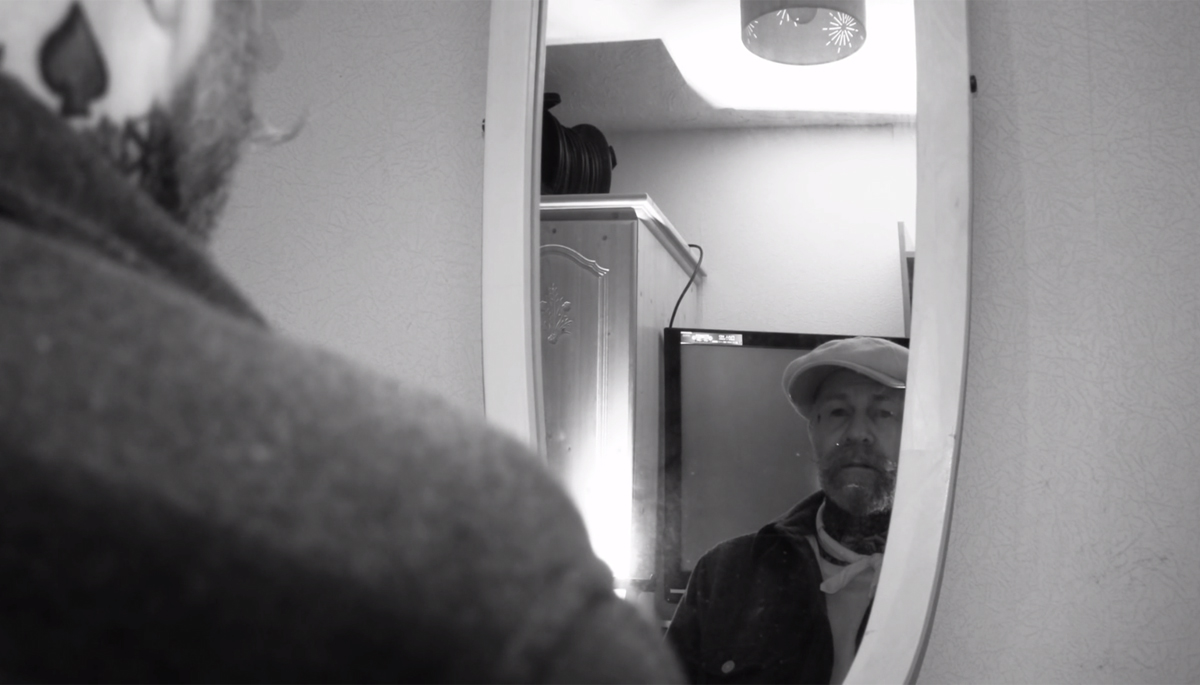 After Chris and Fran left for the night, the team got stuck into their investigation and almost immediately smelt what they described as TCP, the same medical smell Ian smelt on his walk around. Barri decided to take some photos using a full-spectrum camera. A full spectrum camera is just like an ordinary camera, but as the name suggests it can see the full light spectrum, including light in the infrared and ultraviolet frequencies that the human eye can't see.
When Barri looked back at one of the images on the screen, there was what appeared to be a tall white figure in the middle of the room. This matches Chris' report of the apparition he saw. It's not clear whether the figure was standing in the middle of the room or reflected in the patio doors opposite Barri. It would have been nice to see some further attempts to validate or debunk this photo as it is such a strong piece of evidence.
Later Ian attempted some scrying using the mirror at the centre of their investigation. Mirror scrying is a technique where you gaze at yourself in the mirror in a low light setting in the hopes of catching a glimpse of a ghost. During his session, Ian felt that he saw a hand come out of the mirror and try to grab him.
The investigation ended with the team cleansing the house and helping the spirits move back through the portal. This included the use of prayer and a tone generator. Barri said, "frequency 417 will wipe out and irradiate negative energies," this is a tone of 417Hz.

The case was initially presented as being quite violent, scary and negative, but as the team got stuck in it turned out to be one of their calmest investigations of the series. Barri caught some great evidence in the form of a figure on full-spectrum camera and his SLS camera alerted him to a characteristic twitching figure in pretty much every room of the house.
Other than this, most of the confirmation that the team received that they were on to the right track came in the form of sounds through the EchoVox app, which is a pretty standard method of investigation for the team, again nothing particularly sinister was said. Jayne summed this up at the end of the episode by saying, "actually throughout the investigation we didn't really get any evidence that there was anything for you to be concerned about."
You can watch the full fourth season of 'Help! My House Is Haunted' so far right now on Discovery+, with a new episode dropping next Friday.