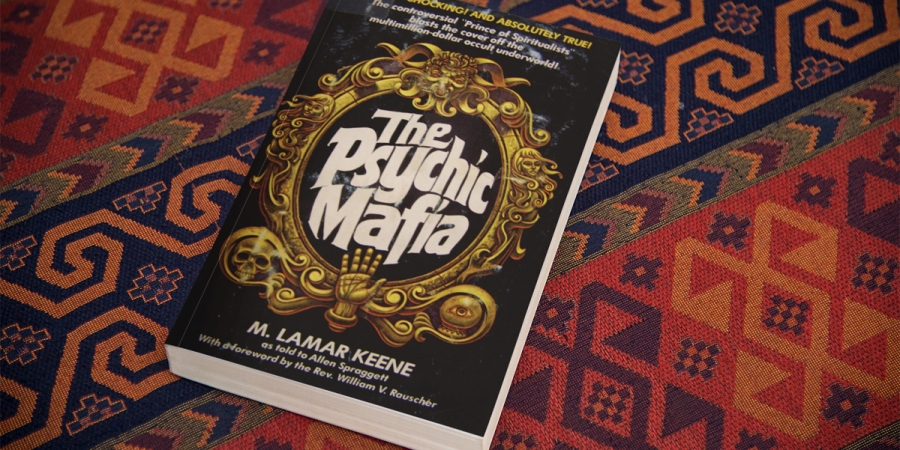 In a new six-part podcast series for Radio 4 called 'Fake Psychic', BBC journalist, Vicky Baker takes a deep dive into the stranger-than-fiction life story of Lamar Keene, a successful psychic who confessed to being a member of an underground network that conspired to defraud the unsuspecting public.
The series mixes documentary reported by Vicky with the drama elements provided by Nick Perry. The series includes extracts from Keene's 1977 book, 'Psychic Mafia'.
If you wanted to speak with the dead in 1960s America, there was one man who was ready to help. For more than a decade, Keene was at the top of his game, becoming known as the Prince of Spiritualists. Then, quite suddenly, he turned his back on it all.
But Keene didn't go quietly. He published a tell-all expose in which he confessed that he was little more than a conman, a psychic fraudster, who manipulated people in their most vulnerable moments. And in doing so, he catalogued the many physical and psychological tricks he used to separate his followers from their money.
It wasn't just his own carefully-crafted reputation that Keene sought to destroy. He wanted to blow the whistle on the whole industry. He claimed that he had been part of a national underground network that included many other psychics, clairvoyants and mediums, who combined forces to fleece the unsuspecting public. He called it the "psychic mafia," and said that his confession made him a marked man.
But how much can we trust the revelations of a self-confessed conman? How much of Keene's extraordinary story is really true? And what can it tell us about how our emotions affect belief and our susceptibility to misinformation?
A two-part abridged version of 'Fake Psychic' airs on BBC Radio 4 at 14:15 on February 1 and February 2. All six parts are available to listen to in full and on demand now on BBC Sounds.
Tags:
psychicstopicalradio