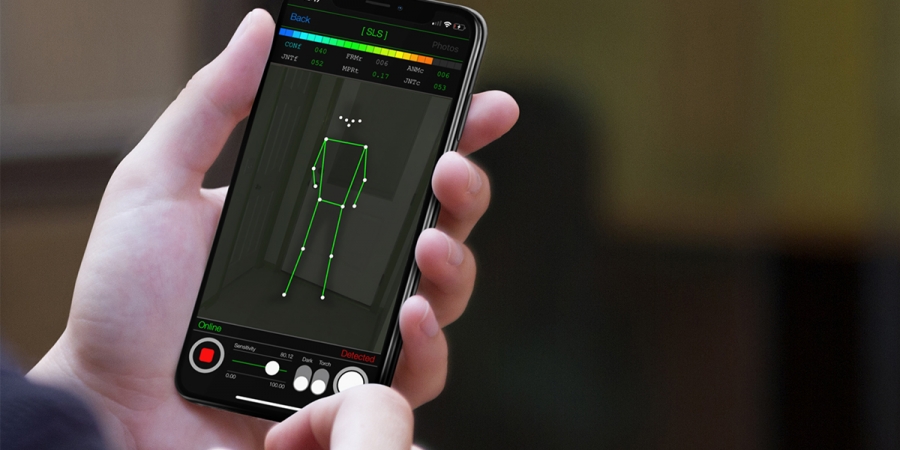 It requires a leap of faith to use an app on a mobile phone to detect or communicate with spirits. There is no requirement for an app in either the Apple App Store or on Google Play to prove its claims and ability to contact the dead, but there are some apps available on Android and iPhone which are better than others and at the very least are worthy of some investigation.
This page serves as an update to the 2020 page. While some of the apps listed below were listed last year, there have been a few updates and some newer apps that paranormal teams have been using and trusting in recent months.
Using any kind of electronic device to communicate with the dead is known as Instrumental Trans Communication (ITC). There are a few ways that ITC apps work. It can either be through electronic speech synthesis apps, or by measuring atmospheric conditions via electronic methods.
The apps which rely on speech synthesis tend to include a database of words or phonics. An algorithm generates a random number which is associated with a word. The claim is that spirits can affect the random nature of the apps and allow them to select words in order to communicate with the app's user.
The way these apps actually allow spirits to interact is similar to how physical ghost hunting devices do. The software relies on the phone's sensors including compass, magnetometer and accelerometer, and even internal thermometers. If you'd like to find out more about what's inside your phone and how it can replicate the detection methods of a ghost hunting gadget, you can read more here.
Below is a list of the best ghost hunting and ITC apps available for iOS and Android for use on vigils and investigations. Because of the unproven nature of the paranormal, most of these apps are provided for entertainment purposes only. Their developers do not guarantee or deny the existence of ghosts or paranormal activity. 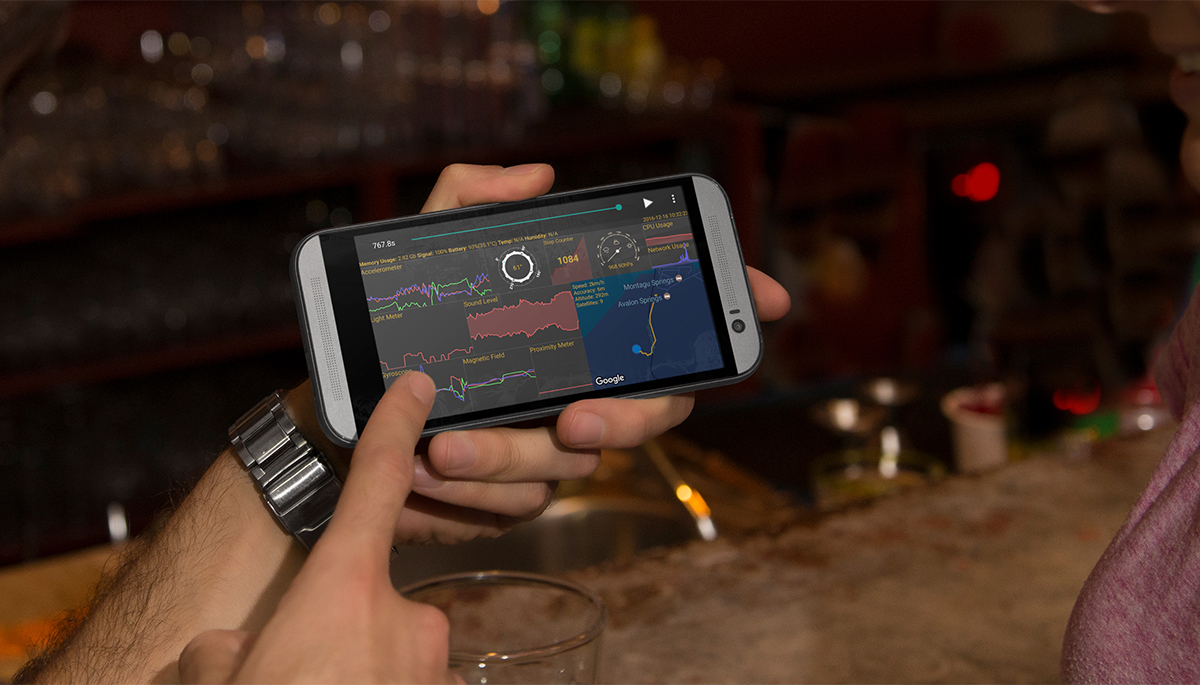 Our top tip for ghost hunting apps isn't a ghost hunting app at all, but a handy app that allows you to view the raw data from your phone's inputs and sensors. If you believe that ghosts and spirits are able to influence the multitude of sensors on your phone, then why not test the theory for yourself before putting your faith in an app which may interpret the phone's input data differently to you?

SensorLab has access to all of the device's sensors and shows realtime data, this includes things like GPS location, sound level, light meter, memory usage, step counter, and network usage and strength, but these aren't the interesting sensors, the ones which can approximate ghost hunting gadgets are:

The best way to use this app is in the same way as any other app. Simply place it on a flat surface in the area you are investigating and call out to any spirits that might be present and encourage them to interact with the device. If they are able to then this might present itself as a spike in one of the metrics. If spirits can manipulate this raw data, then this means some of the other apps on this page could also work effectively. 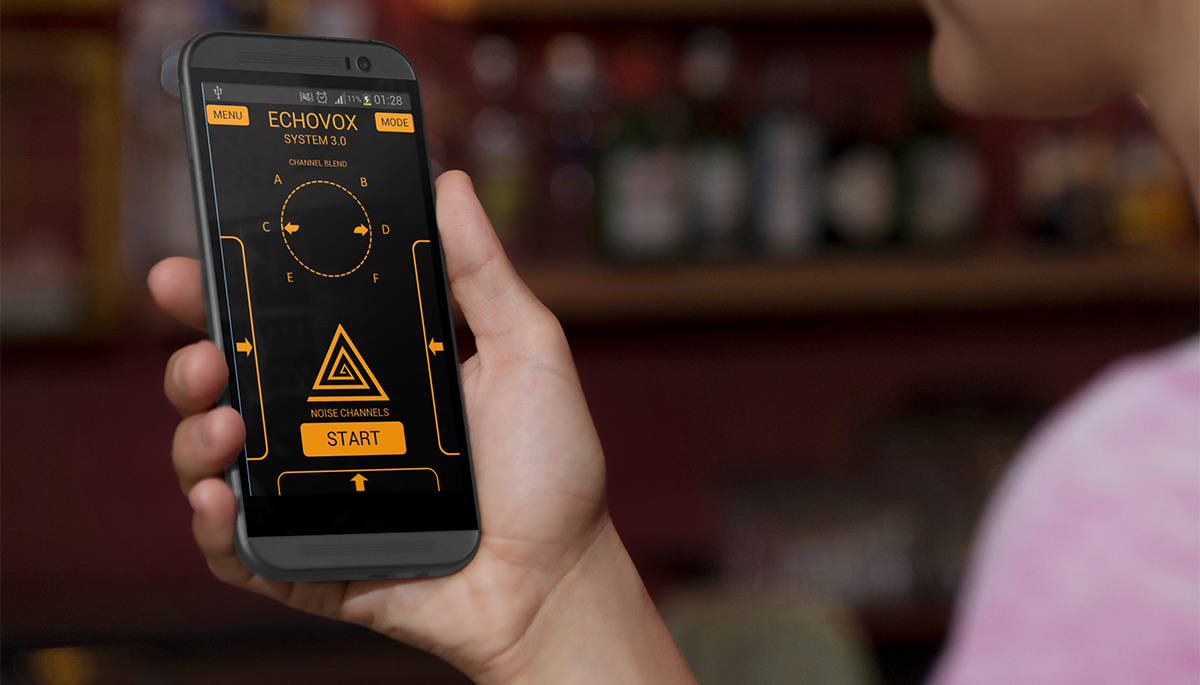 This is perhaps the best known spirit box app available for mobile devices. The app is pre-loaded with a library of phonetics and word elements, these words are randomly spewed out by the app. The idea is that any spirits present are able to interfere with the app and affect the random nature in order to form words and communicate. Spirits are said to be able to do this by manipulating various sensors built into the device including the phone's microphone and motion detector.

The app has been used by various paranormal investigation teams, including those featured in ghost hunting television shows like 'Ghost Chasers' and 'Ghost Hunters International'. EchoVox is one of the most expensive paranormal apps of its type, but is available to download for both Android and iOS devices. 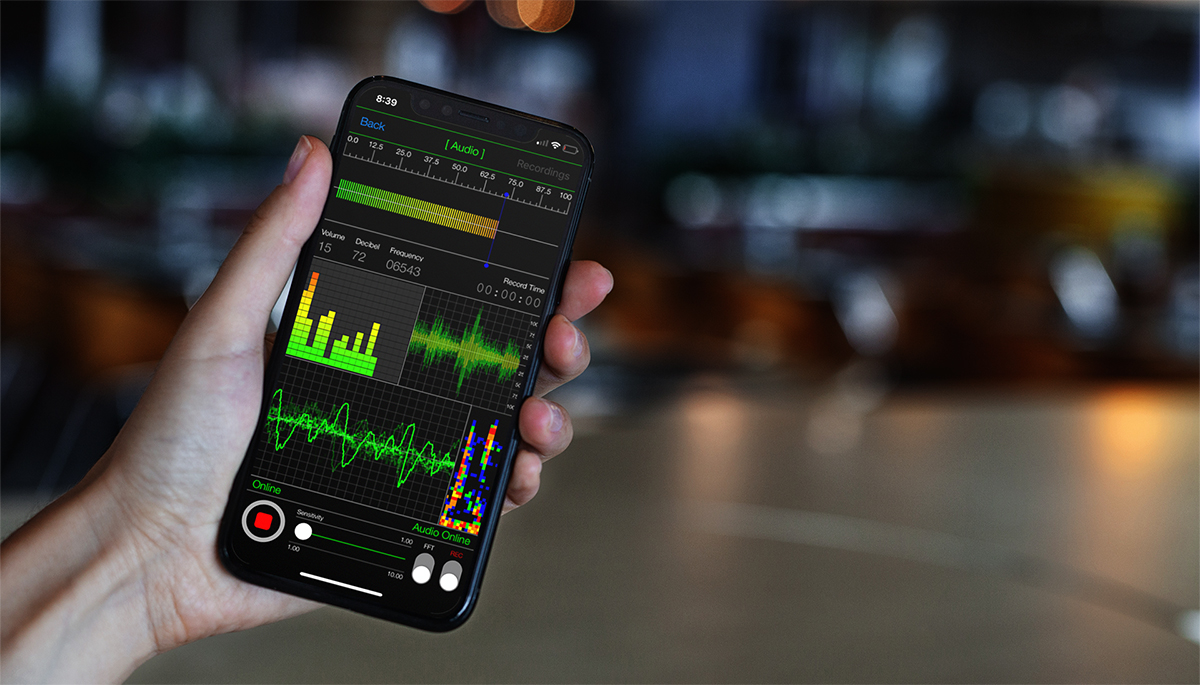 While the scientific understanding behind the nature of ghosts and how they can interact with electronic devices remains a mystery, Ghost Science M3's Ghost Hunting Toolkit does all it can to present its readings in a transparent and scientific way.

The app uses as many of the phone's input methods and sensors as possible, in order to provide detailed analysis of audio signals, allow you to track subtle changes in the ambient barometric pressure, and measure electromagnetic field strength based upon your phone's magnetometer.

The app can also act as a very sensitive vibration detector to visualise and alert you to tiny knocks and taps. There's even a Spirit Box feature, that rapidly scans through live-streaming audio channels, unlike the physical devices that scan through FM radio frequencies. The idea is that spirits can communicate by manipulating these sounds. 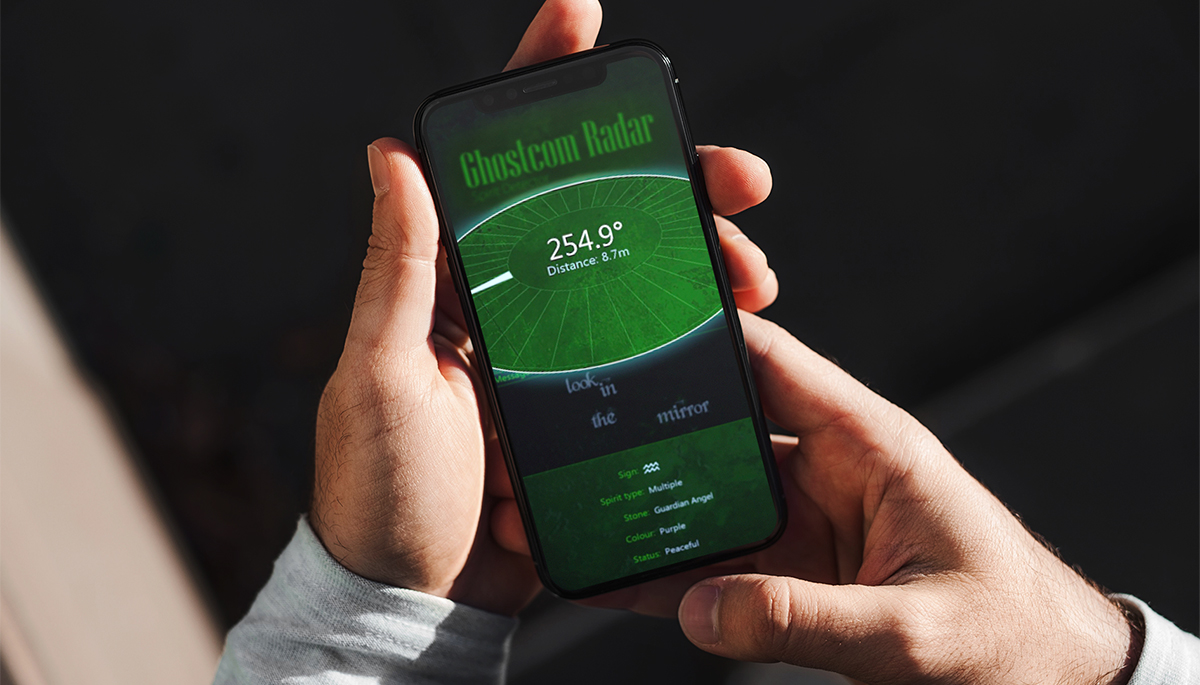 Ghostcom Radar Spirit Detector sells itself as an app that brings its users spooky and mysterious fun with friends. Its functionality includes a message generator - like other apps in the genre, it has a huge database of over 2,000 words built in. It also has what its developer calls "spiritual statistics", which displays the emotional state, zodiac sign and gender of any spirits it encounters.

When the app starts up it generates a large string of random numbers. The app's internal algorithms translate this string into all of the stats that are displayed on the screen. The basic premise is to test whether random algorithms may or may not be influenced by forces beyond our current understanding. 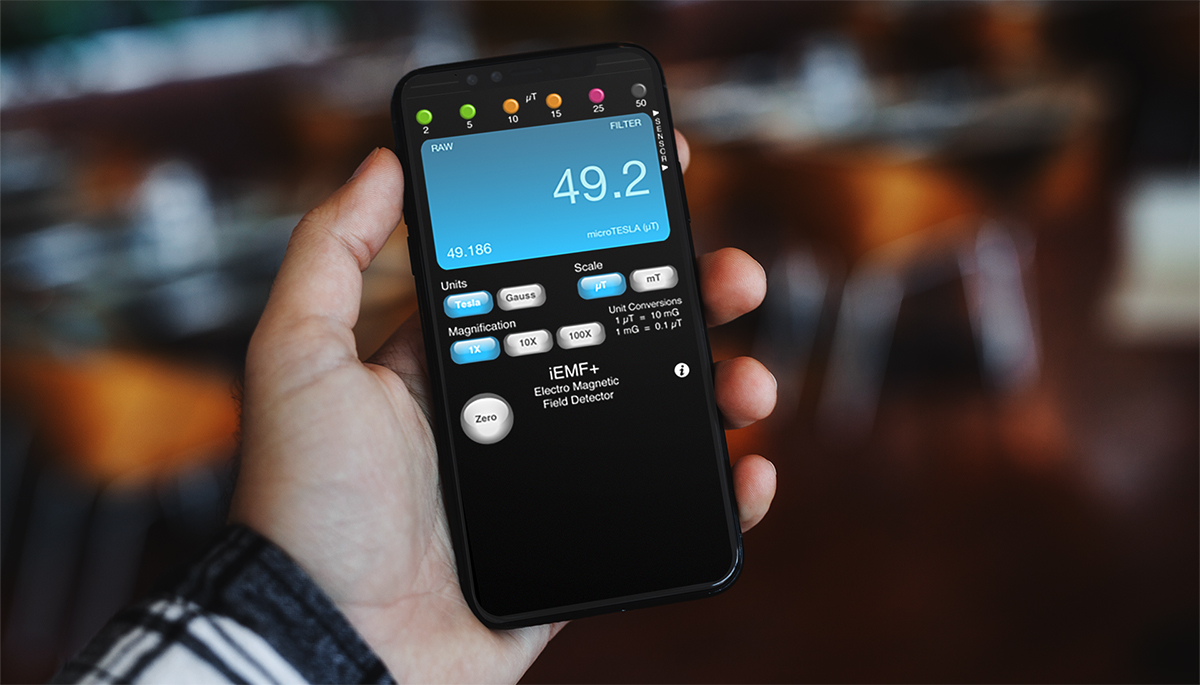 The iEMF+ is a electro magnetic field meter for iPhone. It detects fluctuations in the ambient magnetic field using the device's built in magnetometer. Where older devices don't have a magnetometer, the app runs in simulation mode. This mode is not in anyway useful or accurate, it's essentially just a demo mode. The app has some handy filtering which allows you to cancel out known electromagnetic interference and even the Earth's natural magnetic field. 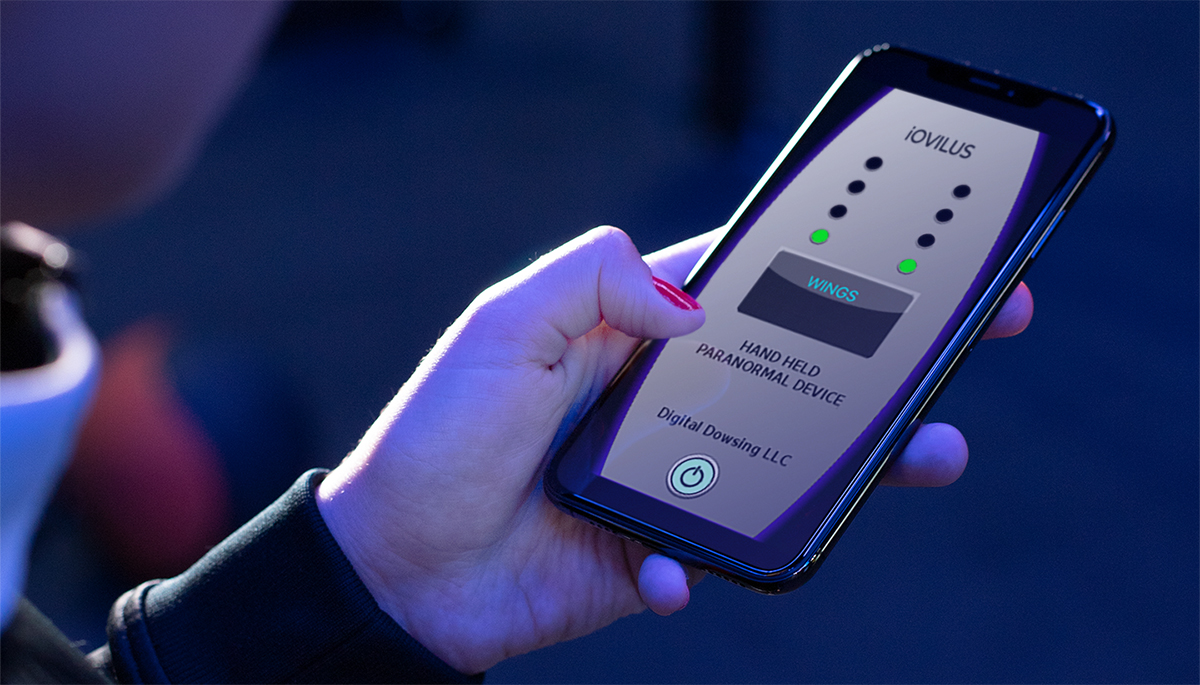 The iOvilus app uses the same technology to allow spirits to communicate as the Ovilus, a popular piece of professional ghost hunting equipment. The principles are the same as other speech synthesis apps on the list. It uses the iPhone's sensors to allow spirits to affect the random words which are generated by the app from a bank of 2,048 words. 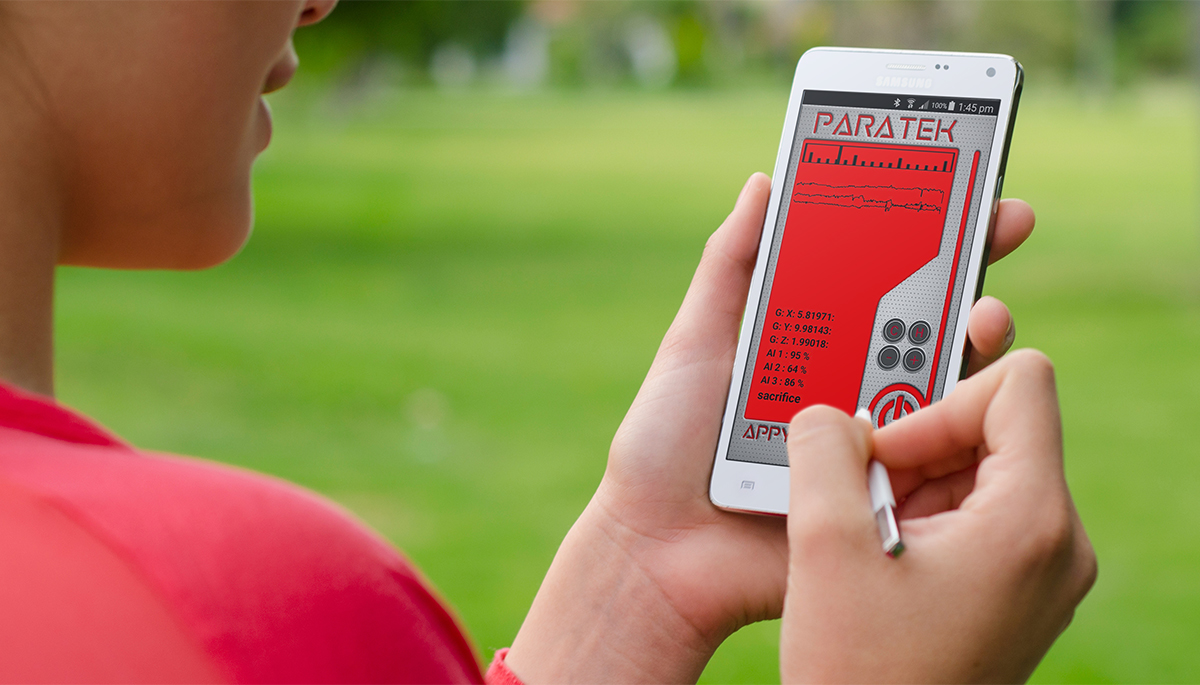 This app works in the same way as other word generator apps on the list, but it's nice that it shows its workings out to some extent. The app's main screen shows the realtime feedback from the gyroscope. This measure's the device's movement and is combined with one of the three "artificial intelligence" banks to output the words which are said to be spirit communication. 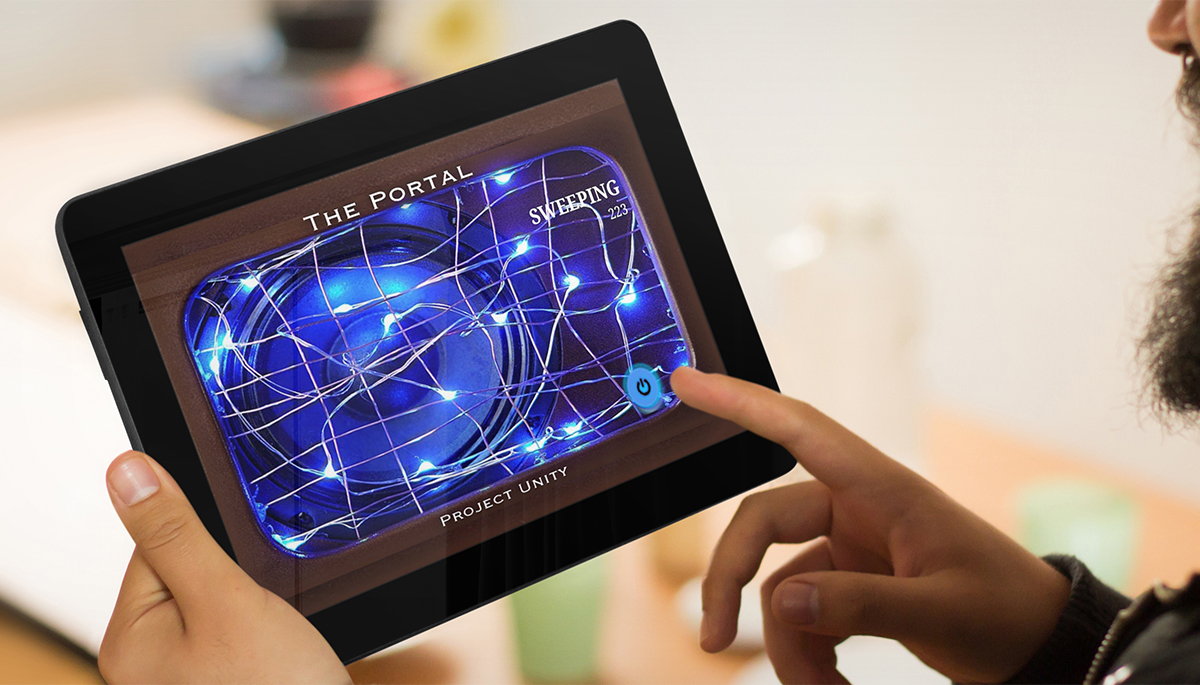 The Portal app was developed for use with the ghost hunting tools Portal or Wonder Box, which were designed and used by Steve Huff, founder of the YouTube channel Huff Paranormal. However the experimental ITC app can be used as a standalone tool too. The app claims its unique point of difference to other electronic speech synthesis apps is that it contains vocal banks spanning a wider range of ages from both genders. The app randomly sweep between seven short single file reversed human speech vocal banks - young male and female, middle aged male and female, elderly male and female, and a whisper bank. 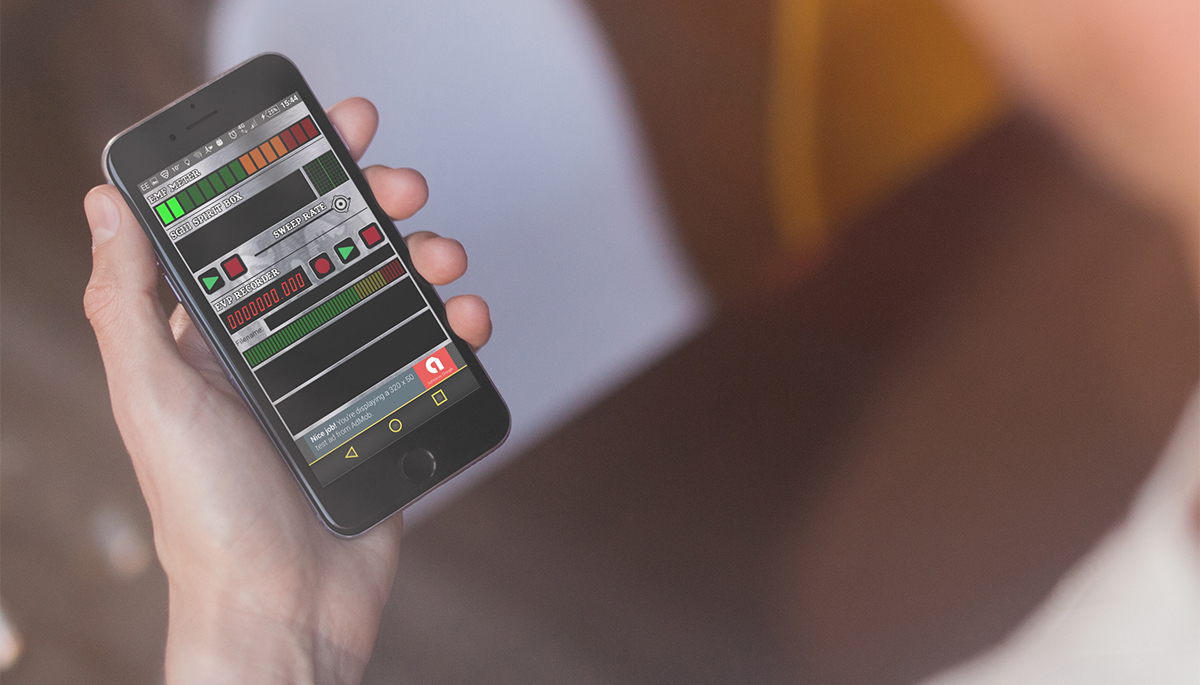 An all-in-one ghost hunting app featuring an EMF detector, spirit box and EVP recorder. Like other EMF detector apps, the SGK1 app uses the device's built-in magnetometer if available, otherwise the feature will not be active.

There's also a spirit box feature which scans through a sound bank of over 3,000 pieces of audio taken from AM, FM and other radio frequencies, as well as phonetic audio, and several other sources. The app also has a purpose-designed digital audio recorder which will help you capture spirit voices in the form of electronic recordings, a principle known as electronic voice phenomenon (EVP). 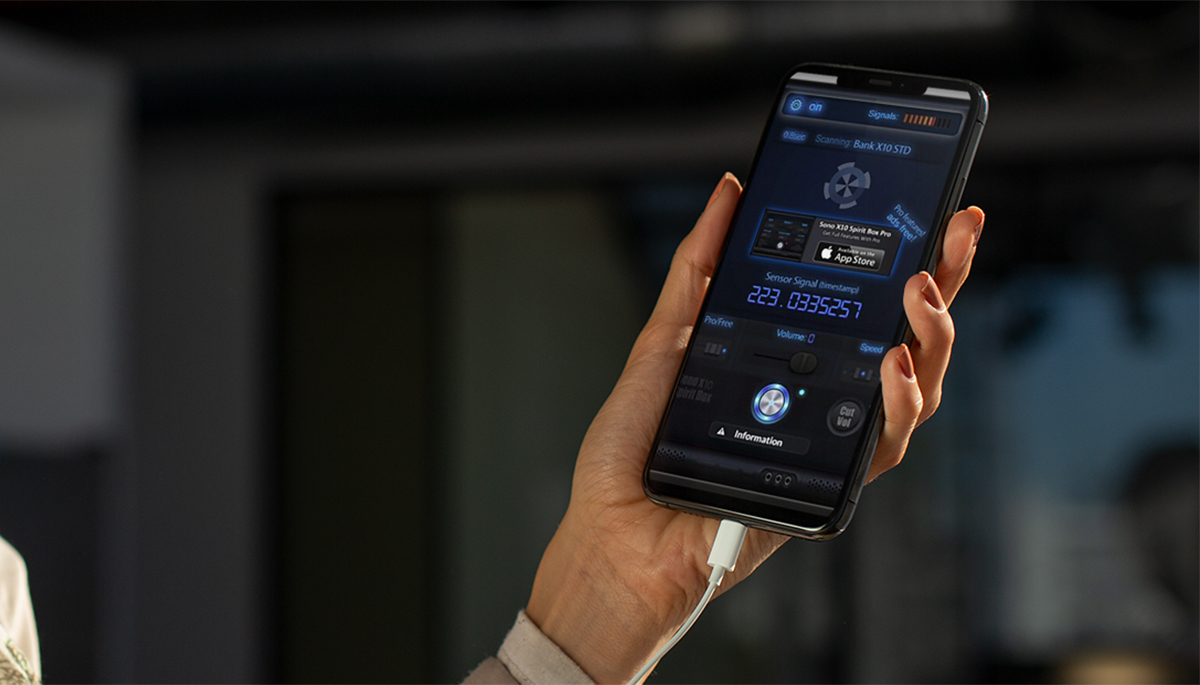 The Sono X10 Spirit Box combines a ghost box and spirit voice box in one single app. The app's audio banks contain snippets of American and English phonics, but no full words or sentences. The app randomly sweeps through these audio banks at a custom rate from 100ms to 150ms.

When one of the device's sensors is triggered, it creates a marker in the audio bank, this piece of audio will be heard if a sensor is triggered again. If the device is triggered multiple times then full words and sentences can naturally form.

The app's developers say that they believe that paranormal entities are able to trigger the sensors in a mobile phone in order to form the words it wants to communicate. 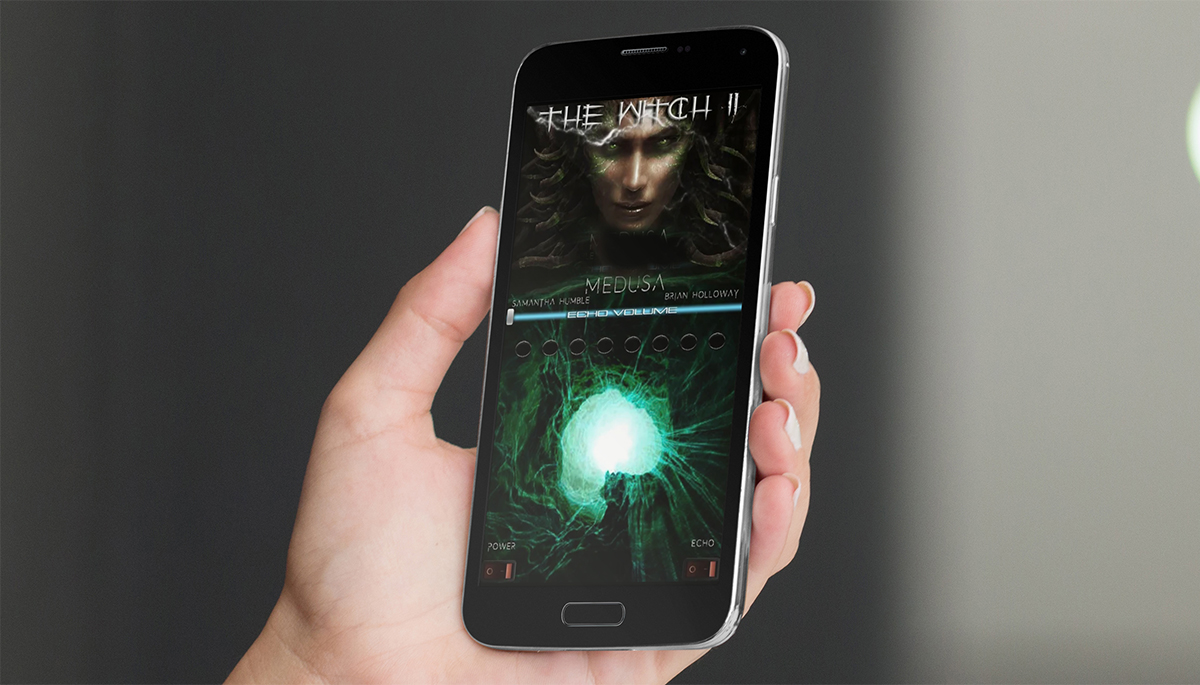 The Witch II is the follow-up to the original app developed by British paranormal investigator, Brian Holloway. The ghost hunting app is widely used by many ghost hunting teams who investigate the paranormal using ITC. The Witch II app, which is only available on Android, contains eight banks of reversed audio.

The app randomly fires one of the eight banks, a random sweep rate is picked along with a random volume every time a bank fires. This new app has a darker design, which its developer says might also attract darker energies.

The best ghost hunting apps you can get on a mobile phone come installed as standard. That's the camera and audio recorder. The camera can obviously be used to capture photographic evidence of ghosts. Now a days much of the evidence of apparitions and hauntings that are put forward if captured on a smart phone.
The audio recorder, which is a standard feature of most phones, will allow you to record an audio log of your investigation and listen back and review it. Many investigators often find they're able to capture alleged spirit voices in these recordings, this is a method of spirit communication known as Electronic Voice Phenomenon (EVP).
Tags:
paranormalghost huntingappsbest of 2021