80s Expert
By Gareth Bellamy
It's a fair guess to say that most of you reading this will be looking to watch something on the spooky side on your TV screen over Halloween. Where horror films were once the reserve of a niche audience of fright-chasers, since the 80s we've seen the genre take up an ever-increasing amount of screen time.
We've taken a look at what's available on Netflix to stream this year and chosen our favourites. We've got broad tastes so you should find something to give you just the right level of shocks this Halloween.
Elsewhere you can find our guide to what's available on Amazon Prime plus a whole load of other Halloween TV specials for you to get scared to!

Who let the blobs out? 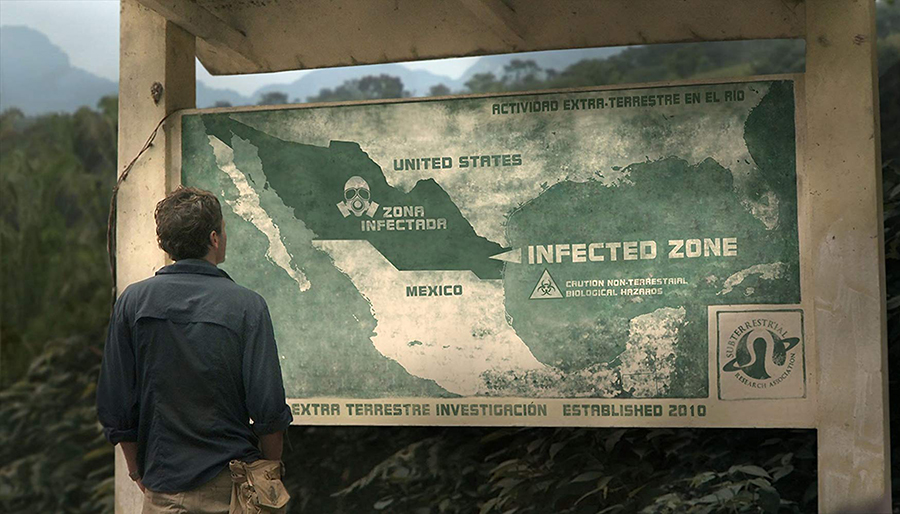 A genre-spanning road movie from director Gareth Edwards who went on to make Godzilla and Rogue One: A Star Wars Story. Monsters is also a romance, a sci-fi and of course a monster movie. The plot of simple; a journalist agrees to escort a tourist home to the US through the jungles of Mexico. So far, so normal. But the story is set at a time when there's been an alien invasion of earth so, yeah, not that normal. Edwards' had a background in CGI/VFX work, and the quality of the effects in the film belies the fact it was a shot on a tiny budget with a minuscule crew often improvising around what they came across in the jungle.
A serious monster movie with a haunting atmosphere.

For those who think S&M stands for Spooks and Mayhem. 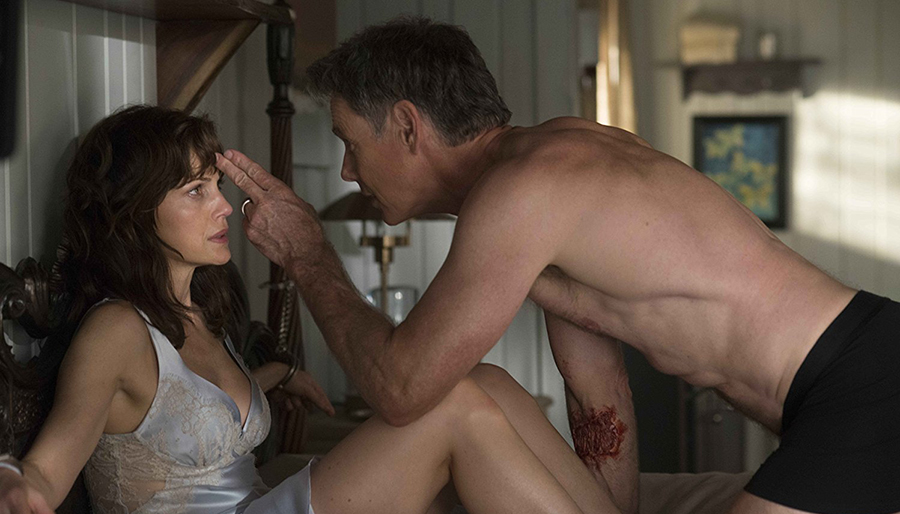 Bored with the monotony of their sex lives, a married couple head to an isolated lake house to indulge in a spot of kinky sex. The remote location presumably being far enough away from the neighbours so the sounds of spanking, whipping and squawking won't be heard. But, oh no! What if the wife gets handcuffed to the bed, and then the husband dies from a heart attack!?!? Cue all manner of ghastly psychological goings on. Are they just in her head, or is there really a supernatural killer in the house? Well, we're not going to tell you, watch it and find out!

There's somebody at the door! 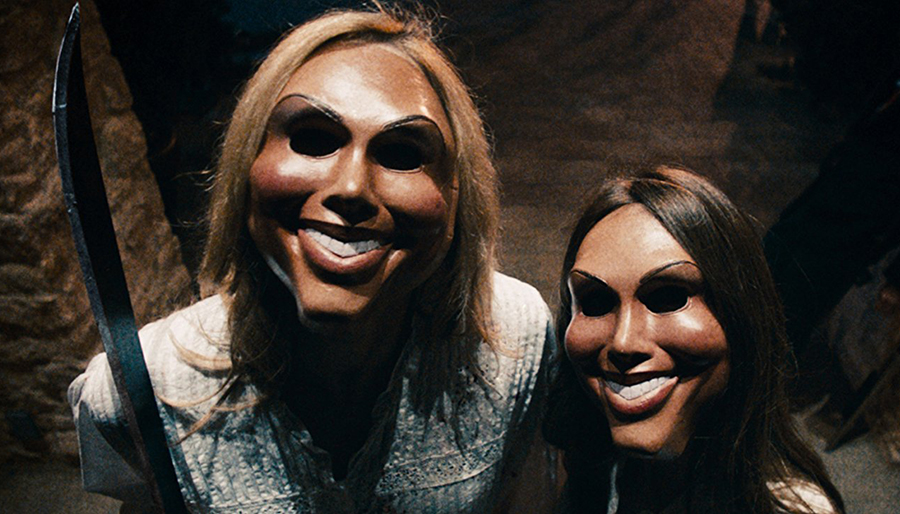 Even if you have seen it before, worth giving this high-concept horror another spin. This film gave rise to the ongoing franchise, with the TV series currently dropping on Amazon Prime. The set-up – for one night every year, all crime, including murder, is legal. This film keeps things simple, with a focus on a wealthy family trying to survive at home protected by their security system. Only thing is they're protecting a man who the gang of murderous millennials outside want to kill. Yes, it's violent, but it's also a fun watch with a political twist for our modern times!

Classic horror – hog-warts and all. 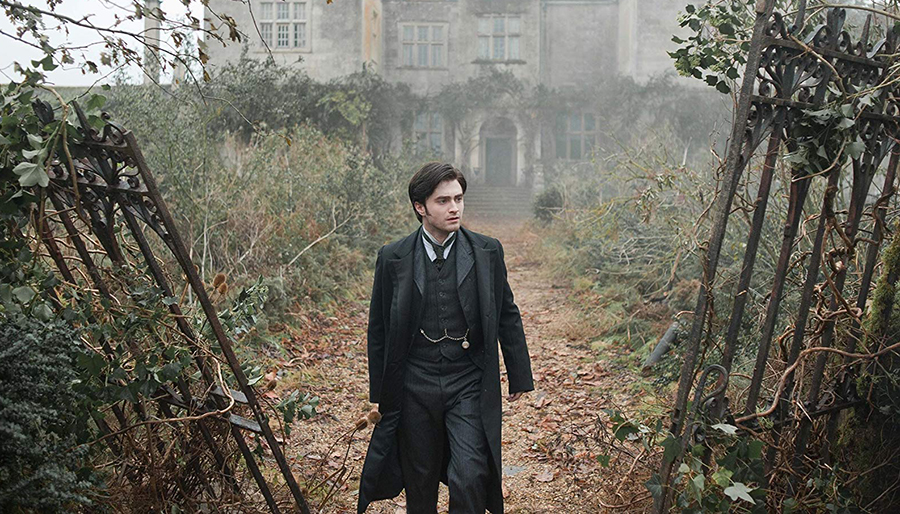 Based on the 1983 novel by Susan Hill, this adaptation is perhaps most famous for starring the post-Potter Daniel Radcliffe. The story follows a recently widowed young lawyer, played by Radcliffe, who is employed to retrieve documents from the desolate Eel Marsh House as a prelude to legally settling the estate of the house. Death seems to stalk the house, and there's a catalogue of jump-scares throughout the film. It's a genuinely eerie watch, with a great cast, perfect if you want some classic scary moments! Turn out the lights for this one. 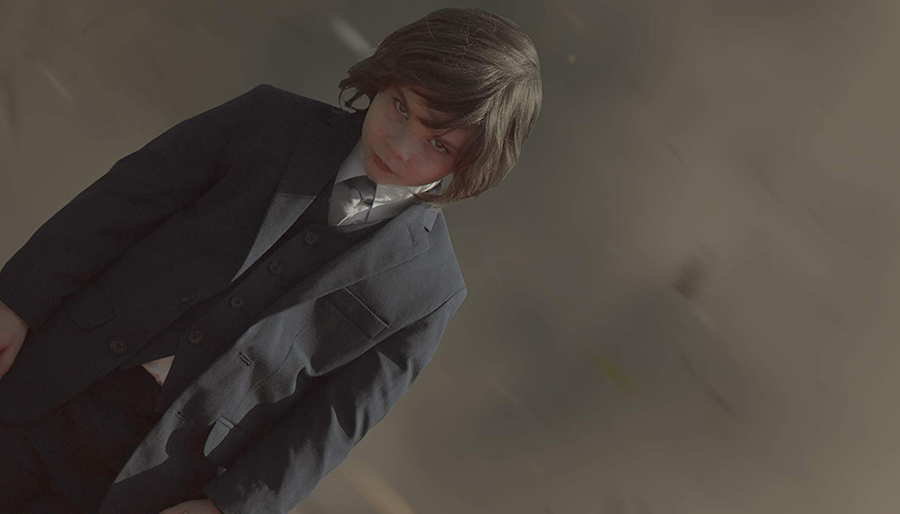 If you're after something lighter, this is a horror/comedy starring Adam Scott from Parks & Recreation and Evangeline ‘Wasp' Lilly from Marvel's Antman. With a mysteriously troubled child, Lucas, who appears to be the focus of all manner of bizarre, scary incidents and could quite possibly be the antichrist, by now you might be thinking this sounds a lot like The Omen. Well, yes, you're right.  But this film is so much more than a spoof, and develops a pretty good plot all of its own.

If there is a decent broadband signal, please knock twice. 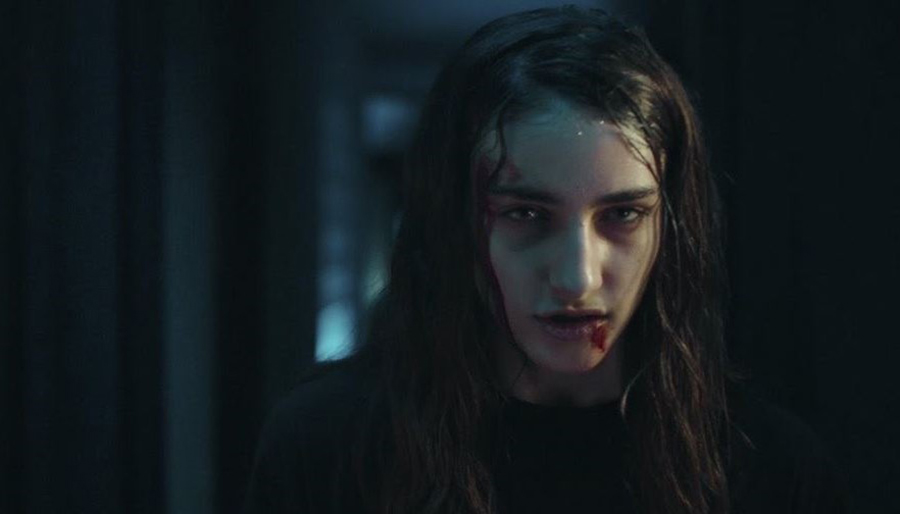 Hyped up as the scariest horror of the year, this first dripped onto Netflix earlier this year. Loosely based on a true Spanish event from 1991, the film tells the story of what happens to a young woman after using a Ouija board. Set in a Catholic school in Madrid, whilst the nuns are elsewhere Veronica and friends creep down to the basement (naturally) to see if they can summon up some dead spirits. Their summoning works all too well, and Veronica ends up possessed. Yes, it is an atmospheric, scary horror film. Scariest ever? Nah!

Blood on the dance floor. 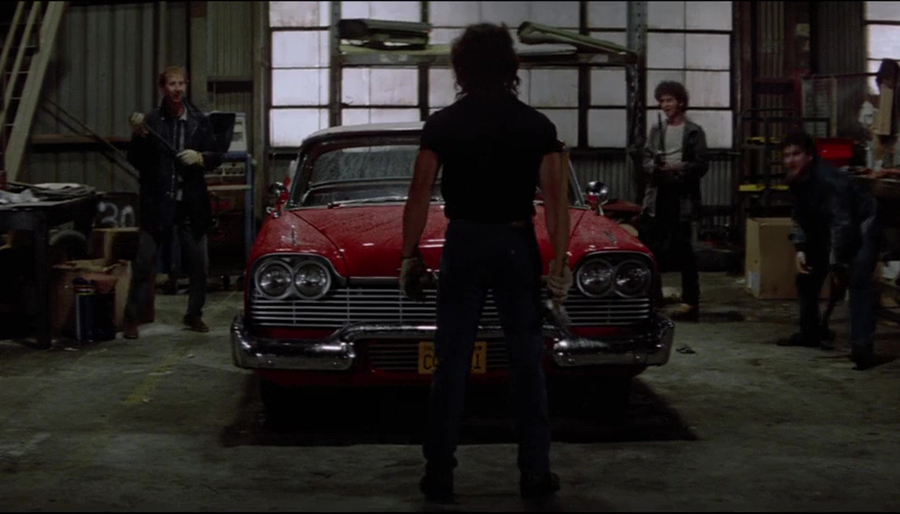 No horror round-up can be complete without featuring the work of one of the world's greatest horror directors, John Carpenter. Add in to the recipe the source material being a Stephen King best seller, and we've got a horror classic for your enjoyment.
Christine is a car. A bright red classic car from the 50s. Bought by a nerd called Arnie, who suddenly becomes popular after buying a cool car. Now being cool, he gets to go out with a beautiful girl. Only, Christine the car becomes jealous, and starts killing people. And attacking those who've wronged Arnie the nerd.
Do you believe cars can come to life? No, but the film is such enormous fun, and played seriously, we defy you to watch this and not love it!

Like The Bill, but with more murder. And set in the past. So not like The Bill. 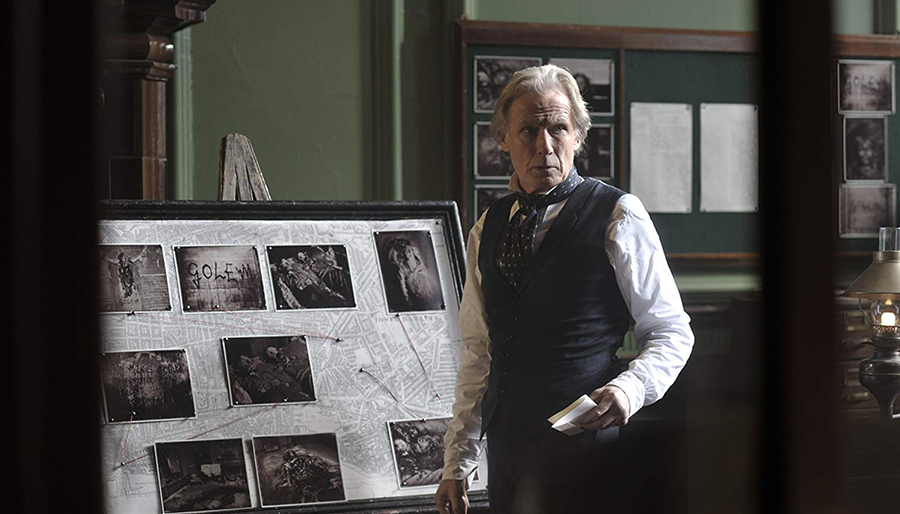 A mystery as much as a horror with a definite air of Jack The Ripper about the whole thing. This film tells the story of a series of grisly murders in darkest Victorian London being investigated by the troubled Inspector Kildare of Scotland Yard, played by Bill Nighy. With fragments of real people and real killings putting in an appearance, The Ratcliffe Highway murders guest star, it feels almost like this could be based on a true story sometimes. This is a chilling thriller with fantastic acting at its core.

Could you zom-bie the one for me?? 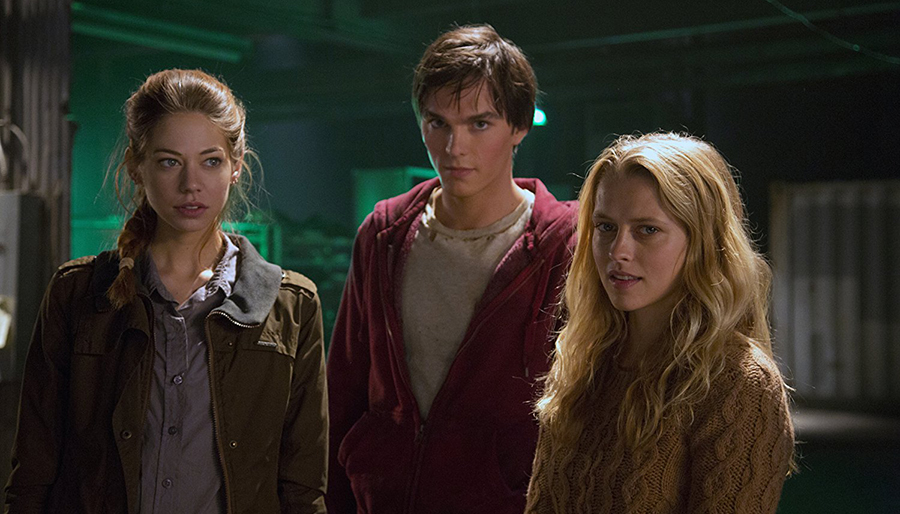 If you want to watch a romantic Halloween film, this could be perfect for you. Set in the US after a zombie epidemic has ravaged this land, this is actually a pretty sweet romance. It's a classic boy meets girl romcom, only the boy, R, is a zombie who rescues the girl, Julie, a human, from a zombie attack. What follows shows how R's actions might just change the zombie world for the better. It's a funny film, low on shocks, so great if your loved one doesn't want to be scared out of their skin. 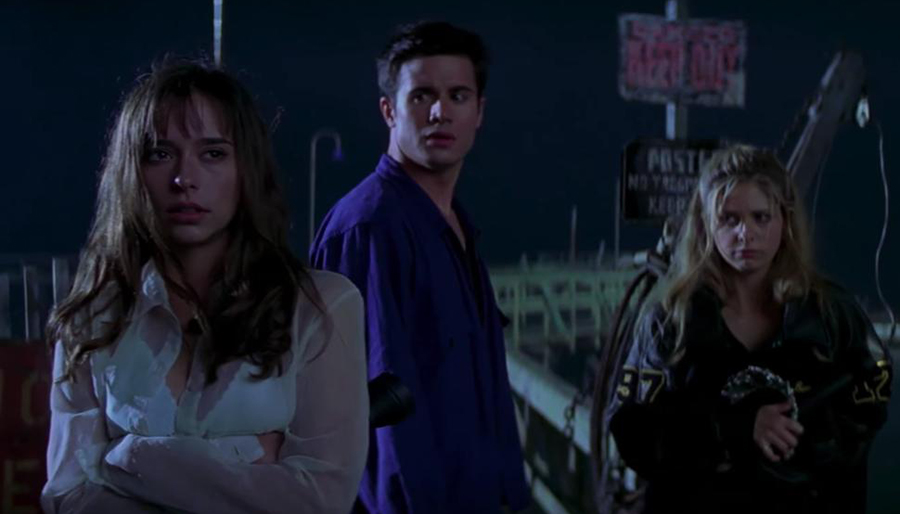 Hot on the heels of Scream came a bloody wave of teen slasher films trying to cash in on this resurgent sub-genre of the horror world. This is one of the better examples, starring Jennifer Love Hewitt, Sarah ‘Buffy' Michelle Gellar, Freddie Prinze Jr and, er, Ryan Philippe. The basic plot sees this group of teens kill a mysterious ‘fisherman'. They cover up the death, but then then a year later a note arrives simply stating ‘I know what you did last summer'. That's all you need to cue up a bunch of sexy young actors being bumped off.
It might now seem dated, but it's a well-made non-challenging shocker. 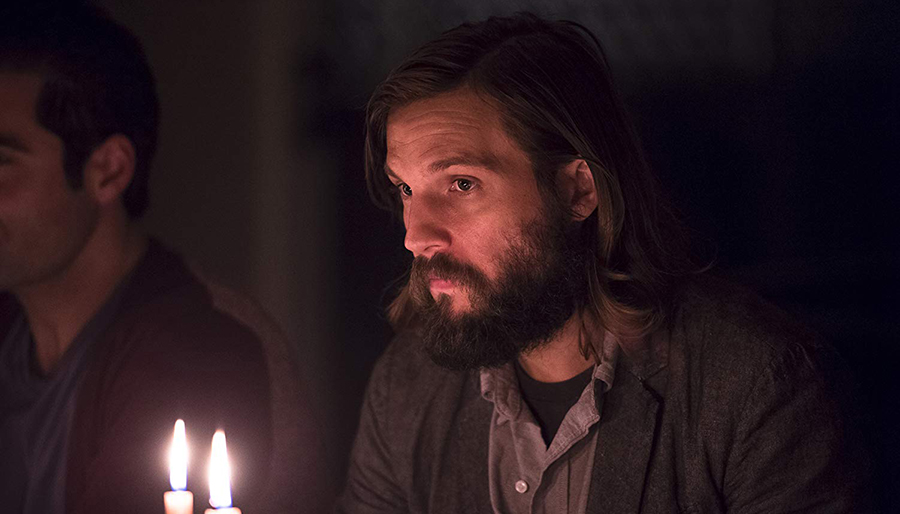 Brilliantly directed by Karyn Kusama, The Invitation tells that age-old story we're all familiar with. You know, your suicidal ex-wife invites you and your new girlfriend round to a party. She's looking great and seems to have her life together. It all seems wonderful, but part of you can't shake off the feeling that your ex has joined a doomsday cult, and is planning on bumping you off before you finish the Pringles. This film is a tense, shocking, slow burning thriller that will have you digging your nails into your sofa cushions. 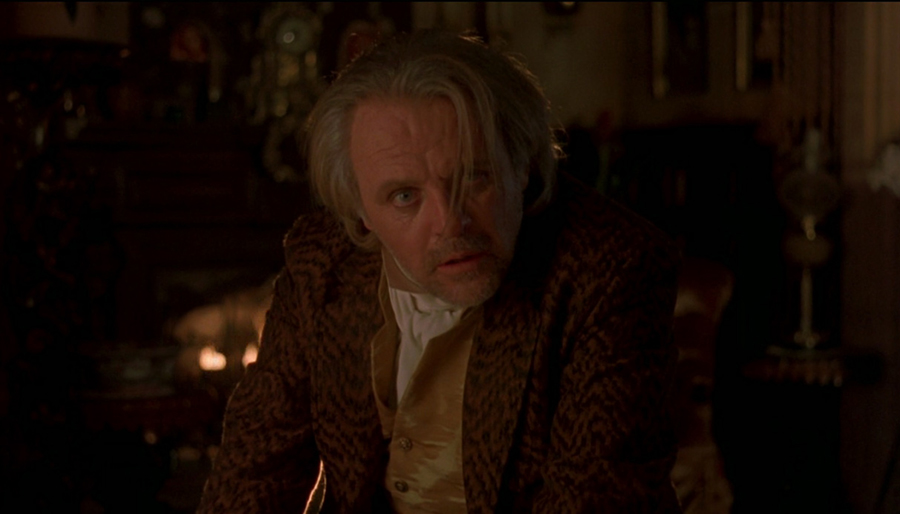 Directed by Francis Ford Coppola, the cast includes Gary Oldman as the titular Count, Anthony Hopkins as Van Helsing and Winona Ryder as Mina Harker, and Keanu ‘whoah dude' Reeves as Jonathan Harker. Keanu was savaged by the critics when the film came out for his dreadful attempt at an English accent.  Although it's not perfect, the whole film is such a rich confection of over the top performances, fantastic design and costumes that Keanu sounding a bit Californian make little difference. Movie buffs should lap this up as Coppola went to town to use as many old school ‘in camera' techniques for his special effects rather than just stick everything through a computer. In that respect, you should enjoy working out how they shot the film. There's some incredible behind the scenes clips on YouTube to explain it.
Gary Oldman is a wonderful Count Dracula, and provided you're not looking for something serious, this is a slightly cheesy but fun visual treat.

This film really sticks the knife in. 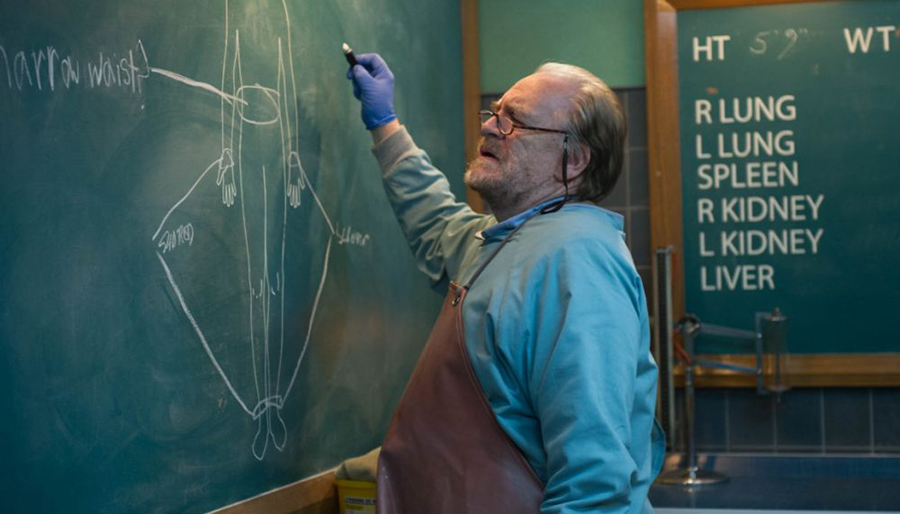 Director Andre Ovredal rose to fame off the back of his surprisingly fun found-footage horror Trollhunter. This is a slightly darker affair, and concerns itself with father-and-son coroners performing an autopsy on an unidentified woman. As their examination progresses, they find all manner of strange injuries to the body, and then bizarre, possibly supernatural events start happening.
This is a well-acted and shocking  jump-fest – perfect if you're looking for serious scares. The title gives you a clue about what you're in for, there is gore, but it's a pretty oppressive atmosphere in that autopsy room!
Add A Comment
Tags:
halloween 2018movieshorrornetflix