What Halloween television specials will air this October? 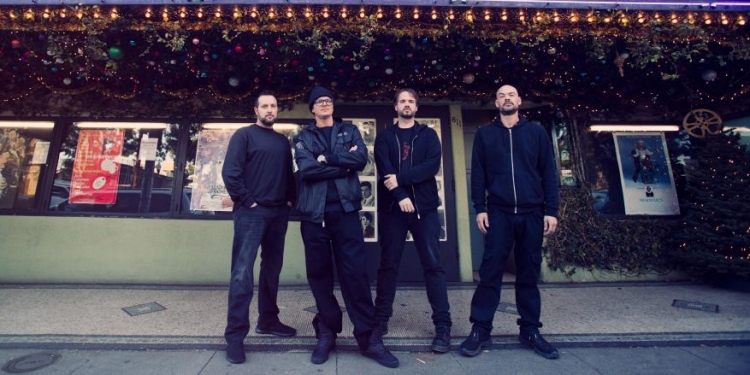 If you're a fan of the paranormal, then you're probably more excited about finding out which of your favourite ghost hunting shows will return with Halloween specials in 2018 than you are about Christmas.
Throughout October and in the run up to the night of All Hallows' Eve the TV scheduled is sure to be filled with many of your favourite paranormal and supernatural movies, but it's the paranormal shows we're all waiting to find out about. You can read the full 2018 Halloween TV specials schedule below, which will be updated as more shows are announced.
Elsewhere you can find our guide to the best horror movies that are available on Netflix this Halloween plus scary movies streaming on Amazon Prime.

As usual, we'll be looking out for shows on the REALLY channel, who are known for their selection of paranormal shows, especially around Halloween and their legendary #FrightDay night programming. There's also Quest Red and 5STAR, which also have paranormal offerings. All three channels are available on Freeview, Sky and Virgin Media.

For the last three years REALLY have brought us a 'Most Haunted' Halloween special and this year is no different. Yvette Fielding and the team will return for a new series of 'Most Haunted' on October 19th, starting with a two hour long "As-Live" special recorded at Ashwell Prison.
The new series of 'Most Haunted' finishes on October 28th, just short of Halloween, which lead some fans to speculate that 2018 could see the return of a live show after the strange episode listings "Most Haunted: Live Standby Programmes" appeared on REALLY's website. The show's producer, Karl Beattie confirmed on social media that these shows are merely listed as a contingency plan in case a live feed goes down on Halloween night, but sadly that live feed will not be 'Most Haunted'.
What about US favourite 'Ghost Adventures'? Well, we're a little behind the US, but the big news is that Zak Bagans and his team will air in Britain this Halloween. Series 15th of the show starts on REALLY on October 19th.
In the US fans of 'Ghost Adventures' will be able to watch a live Halloween special of the show. The four hour long investigation will be broadcast on the US Travel Channel from a haunted museum in Las Vegas. Although not yet announced, it's likely that this will air in the UK on the REALLY channel, which clears up the "Live Standby Programmes" mystery.
Fans of Zak will be pleased to hear that his documentary, 'Demon House' will air on REALLY this Halloween. The film follows Zak's investigation of a reputedly haunted home in Gary, Indiana and has been previously unavailable to fans in the UK. The two-hour long documentary will air on October 31st at 10pm
Last Halloween 5STAR aired a one-off 'Celebrity Ghost Hunt Live', hosted by Rylan Clark-Neal. The 90 minute show saw celebs, Stephen Bear, Charlotte Crosby, Charlotte Dawson, Chris Hughes, and Ampika Pickston attempt to make contact with the spirits of Harwich Redoubt Fort in Essex.
The live episode was followed by a full series of 'Celebrity Ghost Hunt' early in 2018 and a second series entitled 'Haunted Holiday' which aired over six nights in September, ruling it out of our list of Halloween shows for this year, but could it be followed by another live episode on the night of Halloween?
The line-up for the upcoming series includes 'Eastender's' star Joe Swash, dating expert Lady Nadia Essex and singer Simon Webbe of Blue fame. There's also a whole list of reality stars on the bill including Amber Davies ('Love Island'), Charlotte Dawson ('Ex On The Beach') and Sam Gowland ('Geordie Shore').
Meanwhile, over on the BBC, it's been announced that there will be a special live episode of the creepy 'Inside No. 9' at 10pm on Sunday 28th October. Steve Pemberton and Reece Shearsmith have promised "a twisted tale which will aim to surprise, delight, unnerve and amuse in equal measure." The half-hour-long episode will revolve around the story of a man who finds an old mobile phone in a graveyard and makes the mistake of trying to contact the owner and is plunged into a nightmare of his own making.
Last Halloween REALLY also premiered the first series of the British paranormal show, 'Ghost Chasers', featuring paranormal investigator Kay Nambiar and his team. While fans are keen for a second series, there hasn't yet been any announcement that a second season has been commissioned or gone into production. Paul Hobday from the show recently confirmed on Twitter that a second series isn't in production.
REALLY recently started airing 'Help! My House Is Haunted', created by 'Ghost Adventures'' Zak Bagans, however the series is due to come to an end in September, but could the series and its expert team of international investigators, Chris Fleming, Sandy Lakdar and Barri Ghai return for a Halloween special?
Over on Quest Red, the third season of Nick Groff and Katrina Weidman's 'Paranormal Lockdown' aired earlier in the year. The show has produced Halloween specials in the past. However, despite being shown here, the latest season of the show hasn't yet aired in the US. So, it seems unlikely that the team would have produced a Halloween special, but we remain hopeful.
Online you'll be able to enjoy a new supernatural show this Halloween on Netflix. 'Chilling Adventures Of Sabrina' is a reboot of the kids TV show 'Sabrina The Teenage Witch' but aimed at the same audience, who are now grown up, making for a much darker show.
Sabrina Spellman must reconcile her dual nature as a half-witch, half-mortal while fighting the evil forces that threaten her, her family and the daylight world humans inhabit. 'Chilling Adventures Of Sabrina' streams on Netflix from October 26, just in time to binge watch over Halloween.
Also on Netflix from October 12th is horror director, Mike Flanagan's creepy new ten-part series, 'The Haunting Of Hill House'. The disturbing trailer sets the scene for what promises to be a pretty terrifying show. The series flashes between past and present, telling the story of a fractured family who confront haunting memories of their old home and the terrifying events that drove them from it. The series is based on Shirley Jackson's 1959 book of the same name.
And look out for the new documentary, 'Haunted' streaming on Netflix from Friday October 19th. The film promises real people, real stories and real horror.
If you're bored of dramatic celebrity ghost hunters and over-the-top television paranormal investigations, then you'll be pleased to hear there's a couple of alternatives. On Friday 26th October, UK Haunted Live will be streaming on the Really channel's Facebook page, this is an online event only.

13 Nights Of Frights On REALLY