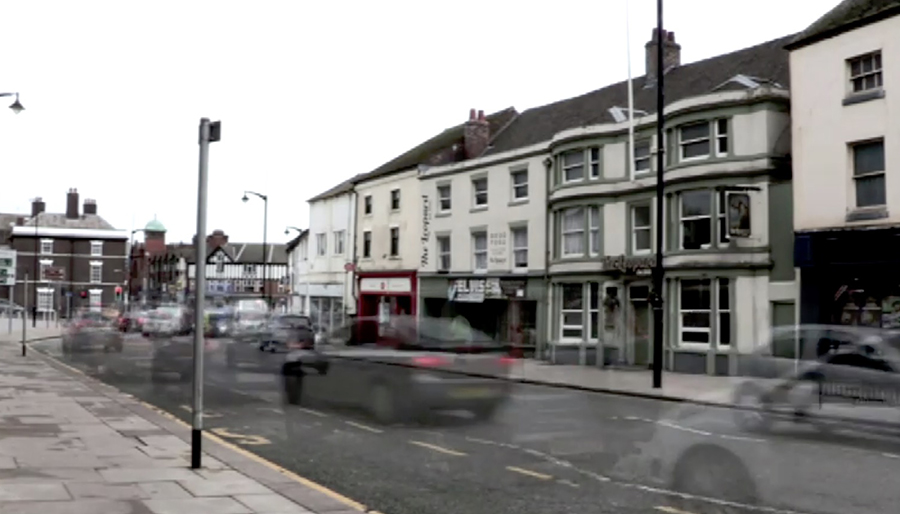 The conclusion of Yvette Fielding and the Most Haunted team's three-part investigation of a former coaching house in Burslem, which was spread across three episodes.
The pub is one of the region's oldest and most important buildings. It has been a working inn for over 250 years and was a thriving hotel for 100 years, before the hotel levels fell into disrepair.
The Leopard Inn is reputedly one of the most haunted locations in Great Britain. Dark shadows have been seen walking though the bar area, the sound of children have been heard playing in the old nursery room and one bedroom is said to be so haunted that the landlady's dog cowers when it enters. 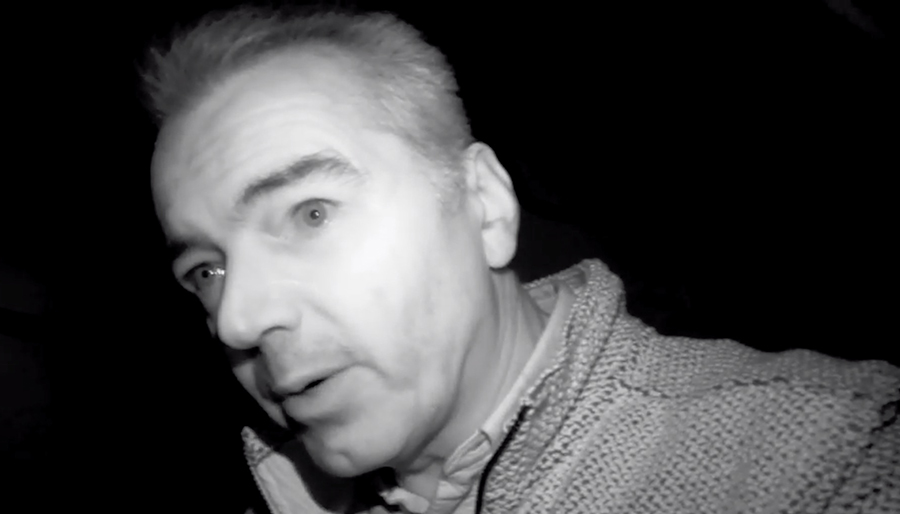 In the first part of the investigation, the paranormal activity got started before the even started their investigation. While filming earlier in the day doors repeatedly slammed and tapping was heard. Later the team witnessed cutlery being thrown around, very responsive knocks and tapping, Karl Beattie saw a strange white shape, and they caught a very impressive EVP.
The activity in the second part of the investigation started with Darren Hutchinson hearing a sound in his ear, plenty more slamming doors, knocks and bangs, a couple of chairs being thrown or moving, a music box that twice began to play music on its own, and on several occasions the sound of children were heard and caught on camera. 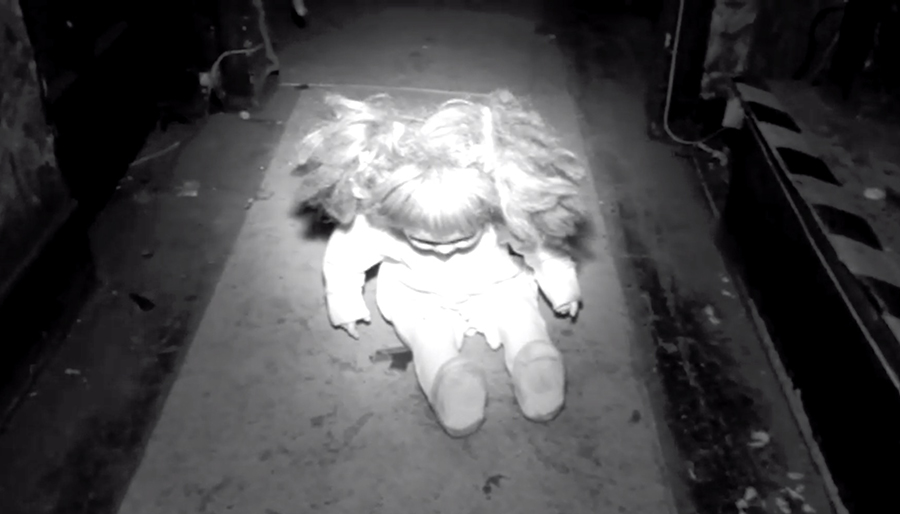 This episode picks up where the previous one had left off with Karl alone at one end of the derelict hotel floors above the inn. His vigil was just coming to an end, he said "right I'm going to go" but as he left he saw a creepy doll sat in the middle of the corridor that definitely wasn't there before.
The doll had previously been in one of the rooms off of the corridor. Karl said, "that was in this room. I know it was in this room because it was there, I put it there earlier." He added, "that really freaks me out" and picked the doll up and placed it back into the room.
After this Karl joined the rest of the team and they split up again for the final part of their night in the Leopard Inn. 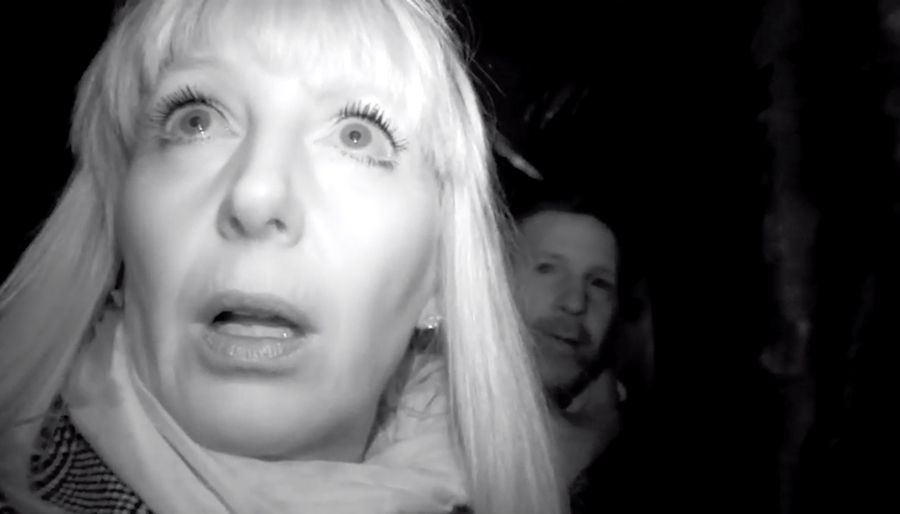 Yvette and the show's resident skeptic, Glen Hunt were in the part of the building known as the right wing. They heard several sounds coming from around them. Yvette stumbled across the doll that had scared her husband earlier in the investigation, she threw it out of the room by its leg and encouraged the spirits to throw it back.
Yvette then started calling out to the spirits and while she was speaking, her and Glen heard what sounded like a child whimpering.
During their time in this area, Glen had been recording audio on his laptop in the hope of capturing voices. When they replayed the audio, there were several noises which sounded like children that were pretty clear.
Meanwhile, Karl was on the middle floor alone and eventually ended up in a very scary looking bathroom and to make things worse, while in the grotty room alone, the bathroom door slammed closed. Karl said, "I am absolutely crapping myself." As Karl made his way out, three doors near by slammed scaring him further. After a door closed on command, Karl said "that, without a shadow of a doubt, has to be paranormal. It can't be anything else." 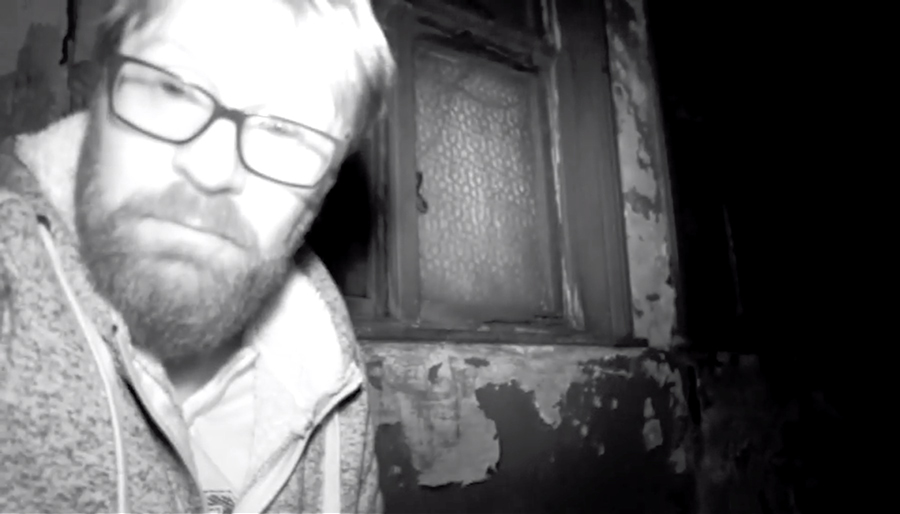 Stuart Torevell and Darren were on the upper floor of the building, where they both saw a strange light anomaly at the start of their vigil. They also saw shadows and heard footsteps walking towards then. A little later the pair briefly separated and a bang was heard. Darren panicked and shouted, "Stuart! Stuart! I'm in a different room, I'm in a different room, I'm in a different room!"
While Stuart tried to work out where the sound had come from, Darren tried to calm down. Speaking into the camera, he said, "I'm actually sort of paralysed with fear at the moment."
Eventually they made their way to the end of the corridor, where they found a chair lying overturned in the darkness. This must have been the source of the sound that had scared Darren so much. 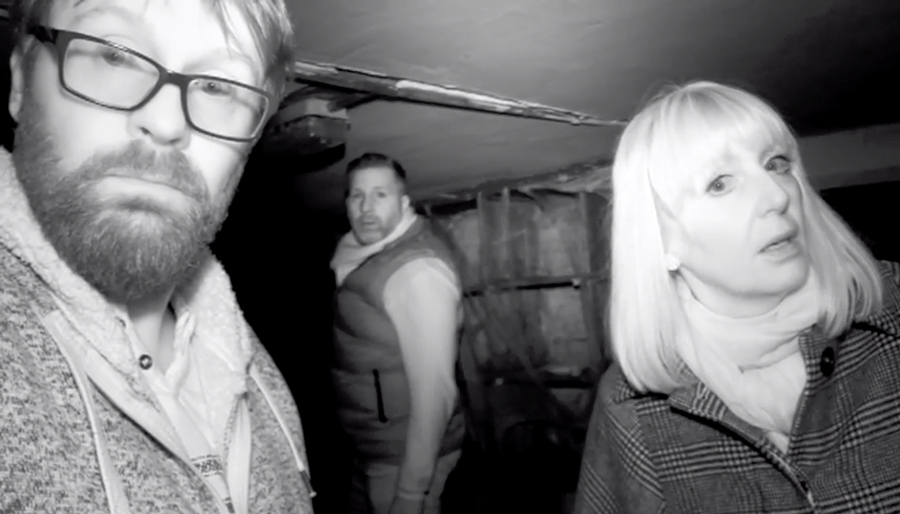 Karl and Stuart returned to the upper floors where once again they heard footsteps and Stuart was sure he saw a shadow moving against one of the walls, but by this point in the investigation they were feeling exhausted and didn't last long there.
Yvette, Glen and Darren spent a little more time down in the cellar. As soon as they entered the dark underground space they smelt the unexplained scent of smoke as if something was burning.
They eliminated all sources of light completely and stood for a while staring into the darkness where they were sure they could see a shadow moving towards them and heard a huge bang coming from the same part of the cellar.
Despite being in total darkness, Glen went to investigate, dragging Yvette and Darren with her, but this proved a bit much for Yvette, who called the vigil to an end and said, "you see that experiment, you turn the lights off, everything's heightened, things start to happen. So it does work." 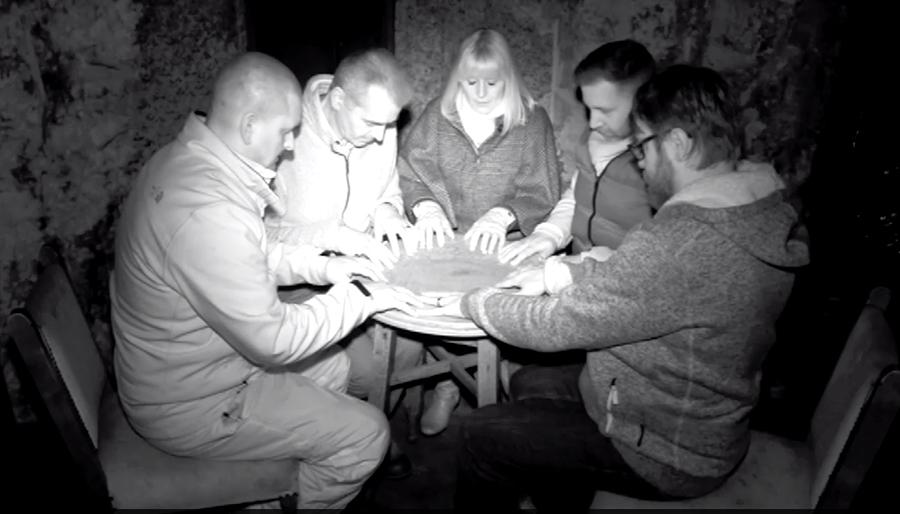 For the last part of the investigation, the team decided to stick together and conduct a group séance in what is believed to be the children's nursery. The team sat in a circle around a table and placed their finger tips on the surface. Yvette started calling out and encouraged the spirits to move the table.
It took no time at all for the team to report that the table was vibrating and rocking slightly, it then started to creak as it was slightly twisting and contorting under their fingers, then all of a sudden the table started slowly moving around and tilting and tipping on to two legs.
As quickly as the table started to move, it stopped, and with that the team's investigation of the Leopard Inn and series 23 of the show came to an end.
If you missed any of the new series of Most Haunted you can catch up on demand on the UKTV Player or look out for repeats on Really. Watch on Freeview (17), Sky (142), Virgin Media (129) and Freesat (160), or watch previous episodes of Most Haunted on .
For reviews of all of the new episodes, plus highlights and evidence from the shows, and to find out when Most Haunted is on next, visit the Most Haunted episode guide.