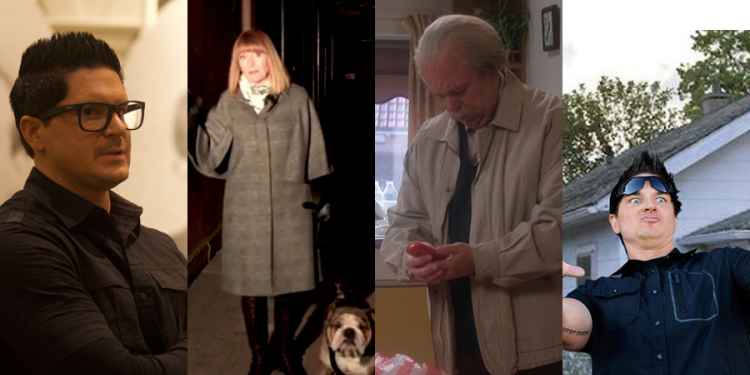 Which paranormal shows generated the most scares over the Halloween period this year? The final viewing figures are in for the nights leading up to October 31st 2018.
If you're a fan of paranormal television, then there was plenty to keep you amused over Halloween, including Really channel's '13 Nights Of Frights' that saw the return of 'Most Haunted', a new series of 'Ghost Adventures' and the television premiere of Zak Bagans' documentary movie, 'Demon House'.
The big winner for Halloween 2018 was Steve Pemberton and Reece Shearsmith's live Halloween special of 'Inside No. 9'. The half-hour-long live show aired on the Sunday before Halloween and pulled in 730k live viewers on the night. The special tricked viewers into thinking there were technical issues in the haunted studios they were broadcasting from. The fake broadcast troubles apparently fooled a fifth of the audience into switching off after just ten minutes, after viewers were left thinking the technical issues were real, but those who stuck around were in for a treat.
The big battle this Halloween was between ghost hunting heavy weights, 'Most Haunted' and 'Ghost Adventures'. Both shows aired each night on Really in the run-up to Halloween. Over the 13 nights it was the first episode of the new series of 'Most Haunted' that came out on top. The episode was filmed "as-live" at Ashwell Prison in Rutland.
All together, in the top ten shows of the 13 nights, 'Most Haunted' took seven of the top spots and averaged 280k viewers per episode, compared to 230k per episode for 'Ghost Adventures'. Overall, Zak Bagans' 'Ghost Adventures' brought in more viewers as there were 13 new episodes shown over Halloween, compared to just ten for 'Most Haunted'.
On the ten nights when new episodes of both shows aired, 'Most Haunted' came out on top on each of the ten nights. As well as the ten new episodes, two repeated 'Most Haunted' Halloween specials from previous years made it in to the list of top shows.
But the big winner for Really was Bagans' documentary, 'Demon House', which aired on the channel on the night of Halloween. The film follows Zak's investigation of a reputedly haunted home in Gary, Indiana and has been previously unavailable to fans in the UK.
Below are this year's Halloween specials ranked by audience figures. These figures are based on BARB's official four-screen audience figures consolidated over seven days and taking into account live viewing on television sets, PC/laptop, tablets and smartphones, as well as cross-platform "on demand" and catch-up views.
Add A Comment
Tags:
paranormaltelevisionhalloweenhalloween 2018topical