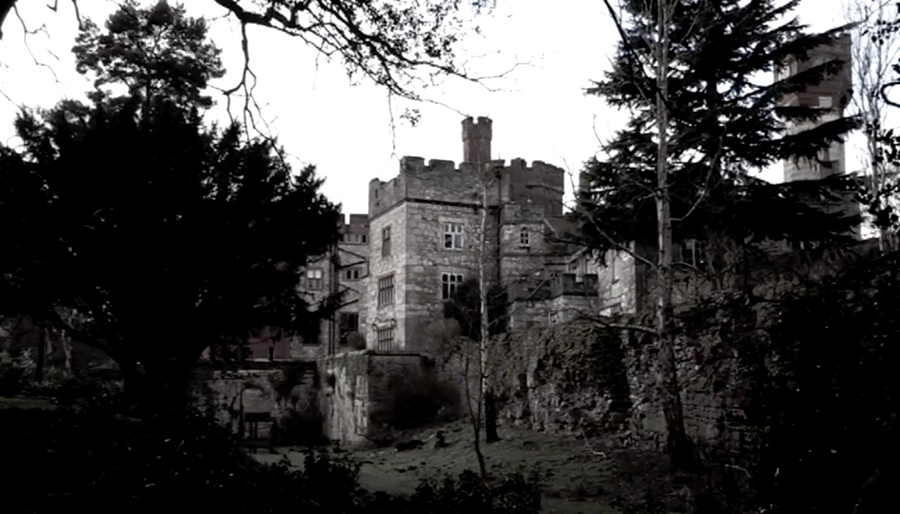 The conclusion of Yvette Fielding and the Most Haunted team's time a Ruthin Castle, which boasts grim stories of torture, execution and murder and said to be home to the ghost of a Grey Lady, who is seen wandering the battlements and in the chapel.
The Grey Lady is said to have been the wife of the second in command of the castle, but when she discovered her husband was having an affair, she murdered her love rival and was executed for her crime, she was buried inside the castle grounds.
The castle has had many uses over the years, including its important role in the English Civil War, a hospital and today, a hotel. 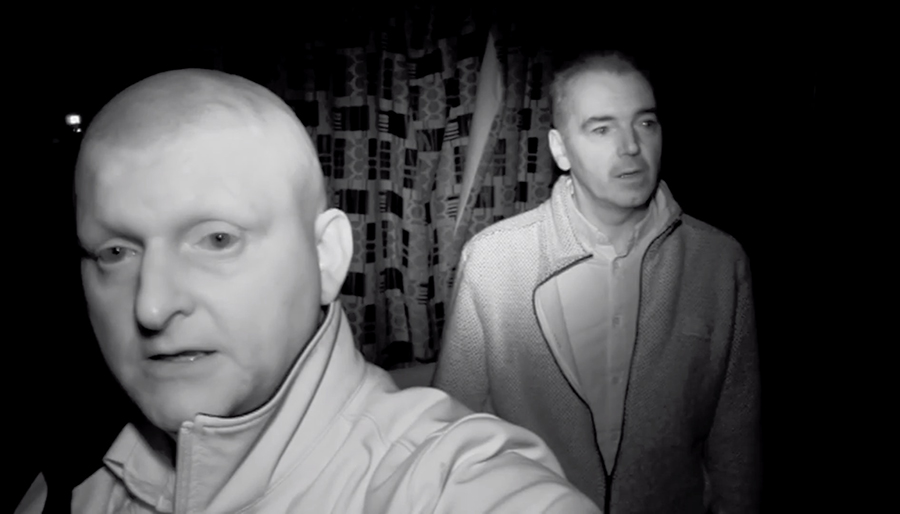 So far in the first part of the investigation, the team have explored the castle's dungeons, the cellars where Karl Beattie experienced things moving around him and the banqueting hall where Yvette held a lone vigil.
Karl and Stuart Torevell also investigated room 222, but it proved to be quiet until they heard a noise coming from upstairs. Stuart excitedly jumped over his chair but misjudged it and fell to the floor. Once upstairs the duo experienced plenty of knocks and bangs and the episode ended as things seemed to be escalating. 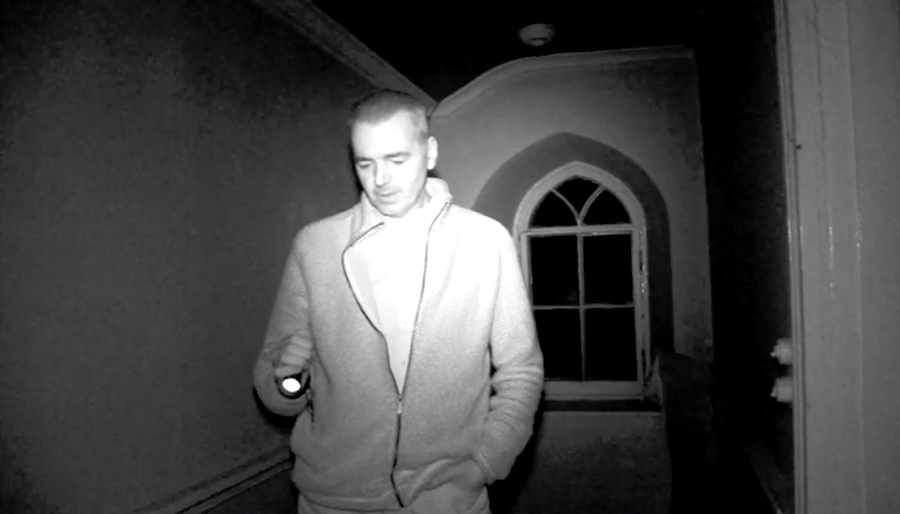 This episode picks up where the previous left off, with Karl and Stuart at the top of the stairs on the disused floor of the hotel. Karl has just called out to the spirits, "can you slam a door?" Then immediately they heard a bang coming from somewhere in the darkness, but they struggled to find which door had actually slammed.
Because they were unable to find what was causing the sounds, Stuart theorised that it could be sounds caused by residual energy rather than actual active spirits. Residual hauntings are more like an echo or replay of past events, meaning that no physical door would have to slam to make these noises.
It's like when the phantom sound of guns are heard echoing across an old battlefield, even though there are no physical guns there anymore. In the same way, Stuart thinks this could be the sound of slamming, even though there are no doors being physically moved. Karl disagrees, he says "something's been moving stuff up here. This isn't us thinking we're hearing it or in the distance, this is something right here and now."
Karl then reported an extreme temperature drop and minutes later they heard a door slam again, this time they identified it as the narrow door of the room they were in. Karl said, "that scared the crap out of me." 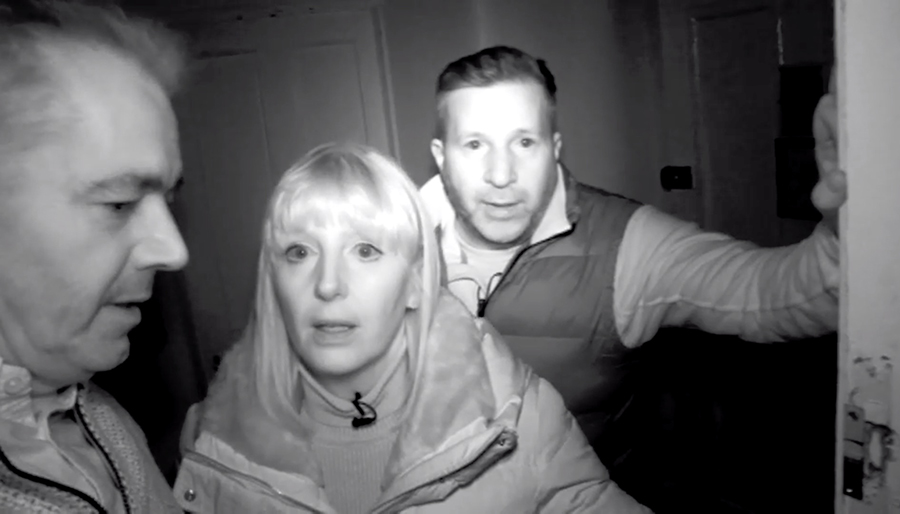 The investigation pushed on in different teams. Demonologist Fred Batt was alone in the cellar, but just as things were starting to get interesting for him and for no apparent reason, Fred's camera stopped recording and turned itself off. Stuart and camera man Gregg Smith, were on the abandoned upper floors armed with a K-II EMF meter. The device seemed to be flashing to indicate fluctuations in the surrounding electromagnetic field, these type of fluctuations are often said to be associated with haunting phenomenon. Gregg then reported a sudden drop in temperature.
Upstairs the team were having a little more activity. Karl returned to the derelict space above room 222 with Yvette and skeptical Glen Hunt. Straight away Yvette said, "I don't like it up here at all" and reported feeling dizzy. Yvette then started calling out, "do you mean us harm? Two for yes, one for no" two what? I'm not sure how a spirit would know Yvette meant two knocks as she didn't make this clear.
They started to hear almost continuous taps and knocks around them and Glen had the odd sensation like there was someone stood right behind him. Yvette then heard something moving behind her, like someone shifting their weight near her. A few minutes later she dashed out on to the landing, where she said she had heard something moving. A flashing light was then spotted behind Glen, but the activity wasn't caught on camera.
At this point Karl went to get the rest of the team. Now alone above room 222, Yvette and Glen were hearing disembodied breathing. 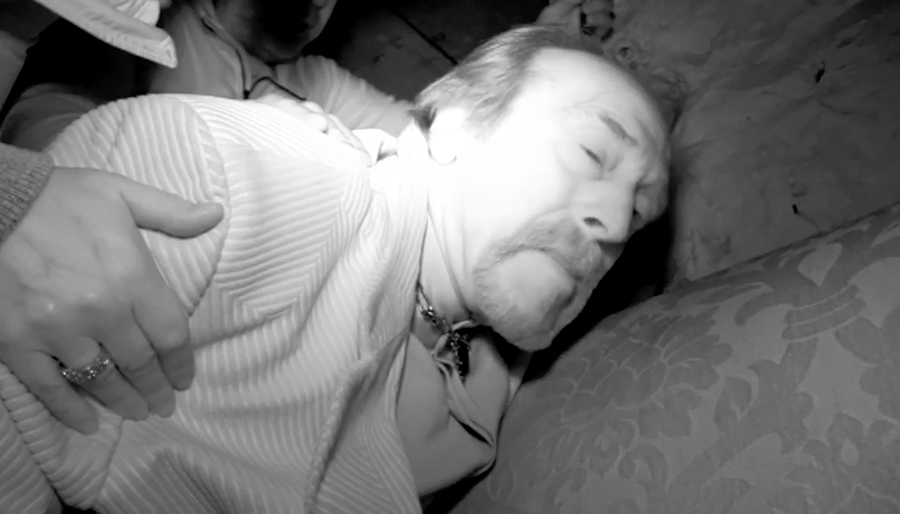 The first member of the team Karl found was Fred, passed out in the cellar. There was no visuals as Fred's camera, which some how activated and started recording again, was just pointing at a random object, but we could hear a concerned Karl saying "Fred, are you alright? Fred?" But there was no reply.
Karl ran back upstairs to Yvette and Glen and said, "guys, come downstairs. Fred's out, Fred's down. I need first aid or something, Fred's gone. He's unconscious down in the mortuary area." As the three of them ran down to the cellar, which was once used as a mortuary during the buildings years as a hospital, Yvette asked, "do we need to call an ambulance?" Karl said, "yeah, we need to call a paramedic."
However, when they got to the cellar they found Fred was OK and was coming around. At this point Fred left the investigation, but the rest of the team continued.

Back In The Cellar 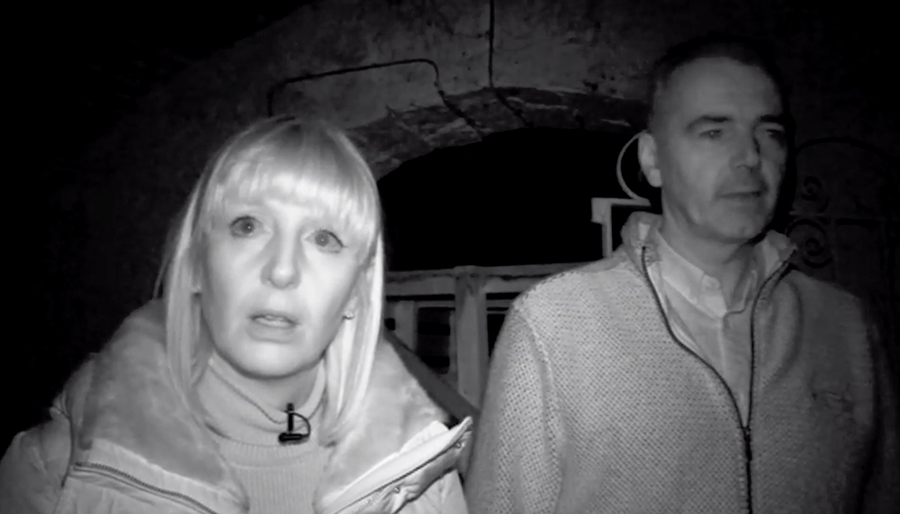 Yvette, Karl and Stuart went back to the cellar to see if they would encounter whatever had affected Fred. It seemed much calmer to start with, but things did start getting more lively when they heard something being thrown in an adjoining room.
Then suddenly something fell behind Yvette, causing her to scream and shout "I didn't move it, I didn't touch it, I didn't do anything and didn't go anywhere near it!" Karl then tried to stir the spirits up and said, "well come on, do your worst. I challenge you to attack me." Given what had already happened to Fred, Yvette pleaded with Karl not to say things like that, "I don't want you burned and scratched and all of that crap, so don't do it."
Stuart then chipped in from behind the camera, "please do it, the three of us challenge whoever's here". Yvette did not look impressed. She just calmly said, "I'm not speaking to you both." Luckily no one else was attacked, but Yvette said she saw a white face in the darkness, that appeared really quickly and then vanished. Soon after this, the investigation came to an end, when they heard a large rumbling sound that proved to be too much for Yvette.
Throughout the investigation, Glen was recording audio on his laptop in the Lillie Suite, which is named after Lillie Langtry, a famous British actress. Glen hoped that he'd catch spirit voices as EVPs. He didn't capture any distinct voices, but several odd pinging sounds could be heard, but compared to other noises caught on camera at the castle, they were pretty insignificant.
The new series of Most Haunted continues as part of Really's #13NightsOfFrights. Watch on Freeview (17), Sky (142), Virgin Media (129) and Freesat (160), or watch previous episodes of Most Haunted on demand on the UKTV Player.
For reviews of all of the new episodes, plus highlights and evidence from the shows, and to find out when Most Haunted is on next, visit the Most Haunted episode guide.
»Most Haunted At Ruthin Castle - Part One