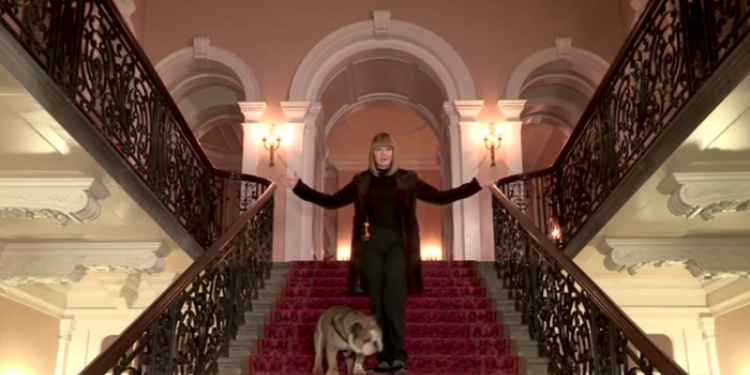 This series has now aired, for details on the new 2019, click here, or check out the Most Haunted episode guide for more reviews from the new series.
Series 23 of the long-running ghost hunting show hosted by Yvette Fielding is set to return to the REALLY channel on 19th October, 2018, with ten new episodes and an "As-Live" special filmed at Ashwell Prison.
The show's executive produce, Karl Beattie has already confirmed on social media that the next series has been shot, edited and is ready to air on UKTV's REALLY in autumn and at the end of August REALLY confirmed the start date of the series.
REALLY also confirmed the locations that the team will be visiting. As well as the disused prison in Rutland, the crew will visit Ruthin Castle, Leopard Inn, Bate Hall and the Ancient High House.
During a live Q&A session on Most Haunted's Facebook page, Karl speculated about when fans could expect the show to return to our screens. He said, "I would have thought it would be around the Halloween time, maybe they [the channel] will build up to Halloween and finish it off on Halloween night."
"The series we've just delivered, in my opinion, is the best series we've ever done."
Karl Beattie
The new series will included the 250th episode of the show, which is now in its 16th year. But what can we expect from series 23?
We know that the show will include the same lineup as the previous series. Alongside Yvette and Karl will be skeptic Glen Hunt, demonologist Fred Batt, long-time team member Stuart Torevell, as well as camera man Gregg Smith and sound man Darren Hutchinson. Of course, there's also the chance we'll see Yvette's ghost hunting pooch, Watson from time to time in the series.
Karl has promised that the ten new episodes will be some of the best yet. He said, "I think the last series we did was the best series we've ever done, but I think the series we've just delivered, in my opinion, is the best series we've ever done."
The series will end with a three-part investigation of Leopard Inn in Stoke-on-Trent, where the team captured what they describe as "the best evidence we've ever got." Karl said, "something happened and we checked it out and it could only have been paranormal." Whatever this event was caused Glen to question his skeptical stance on the paranormal, he described the moment as "very enthralling, it's breathtaking."

The next series of Most Haunted is one of the best yet, with one of the best pieces of evidence caught to date. We will keep you informed when we have dates of transmition. @Yfielding @realkarlbeattie @RadioGlen @mosthauntedexp 👻

The Locations Of Series 23 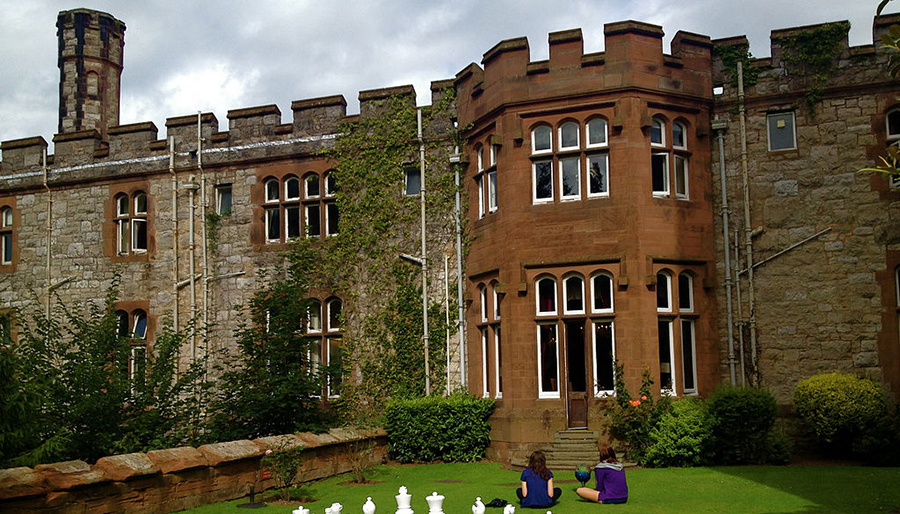 Photo: © DaniMSC
The new series will feature five different locations spread across ten episodes, they are...
Ashwell Prison, Rutland
A two-hour long paranormal investigation of a former prison, where witnesses have reported seeing dark shadowy figures, hearing unexplained noises and seeing doors slam. The episode is produced in the same style as one of the live shows, meaning it was unedited and uncut. The special will be followed by a second episode shot at the location.
Ruthin Castle, Denbighshire
The team will conduct a two-part investigation of the 13th century castle, complete with its own drowning pit in Wales. The castle boasts grim stories of torture, execution and murder and said to be home to the ghost of a Grey Lady, who is see wandering the battlements and in the chapel.
Bate Hall, Macclesfield
Known as  Macclesfield's most haunted pub and allegedly the home of 14 different spirits, no wonder Yvette and the team's investigation of this venue will be spread over two episodes.
Ancient High House, Stafford
Built in 1595, the house has a history as a residential home, a civil war prison for officers, a school and home to an antique shop. Visitors have reported plenty of apparitions here, one group of tourists even reported being given a tour of the building by a phantom shopkeeper. This episode will mark the team's second visit to the house, having previously investigated as part of series eight in 2006.
Leopard Inn, Stoke-on-Trent
There's clearly plenty of ghostly goings on at the Burslem pub, which originally opened in the 1700s as a coaching house and inn. The location, which is said to be haunted by a witch named Molly Leigh, will appear in three episodes of the new series. 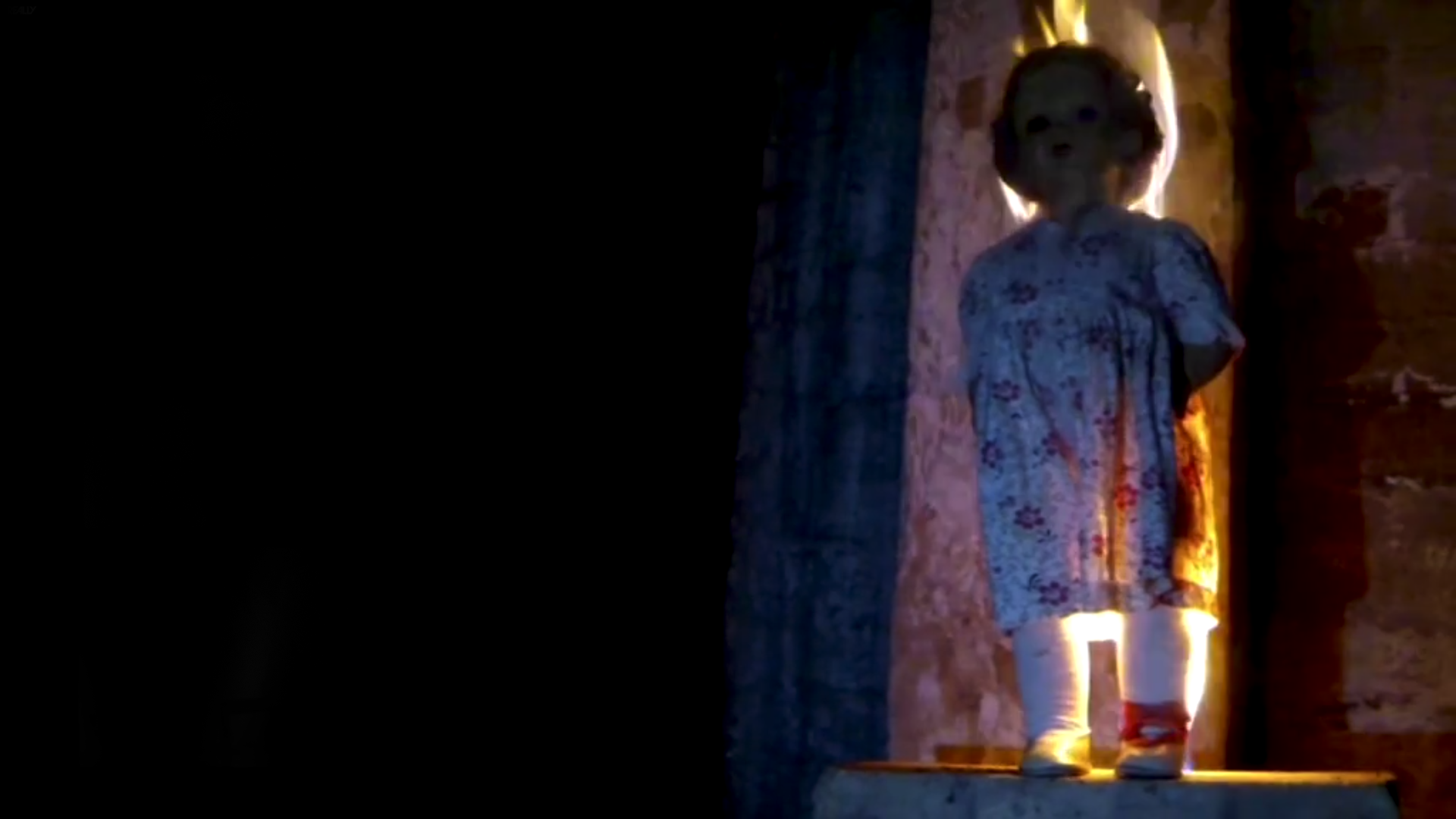 The new series has a lot to live up to as the previous series, which aired at the beginning of 2018 was one of the best yet.
The show once again made headline around the world when they captured video footage which appeared to show a cursed doll spontaneously burst into flames. The paranormal event occurred during an "as-live" special at the creepy Codnor Castle Cottage in Derbyshire.
After the show the doll was analysed by Gary Williams, a retired fire fighter from the Cheshire Fire & Rescue Service. He said, "after examining the doll, I found no ignition source, or any accelerant used." He described the cause of the fire as "unknown."
The series also saw the team investigate Dudley Castle, which was recently named the most haunted castle in the UK. They also held vigils at the truly terrifying Birmingham Steelhouse Lane Lock-Up, a former prison, built in 1892 that has housed some of the most infamous convicts in British criminal history, including members of the Peaky Blinders gang, and the mass murderer Fred West.
They also investigated the eerie Beaumanor Hall, a huge Victorian country house in Leicestershire, which Yvette has recently described as one of the most terrifying locations she's visited. The manor is so big that this investigation had been split in two parts. In the first half of the investigation, Karl achieved some interesting results using some electronic ghost hunting gadgets. He was upstairs alone where he laid three K-II EMF meters out on the floor, the idea being that if a spirit walked along the corridor it would trigger the devices in sequence.
Karl's experiment seemed to work. As he watched the devices on the floor the furthest away started to flash first, followed by the middle one and then the one closest to him. After this the devices seemed very responsive to Karl has he called out, "if you're here make the lights flash" ...and they did. Karl then asked for the spirits to flash the lights twice and again they seemed to oblige. He followed this up with a request for them to flash the lights three times, again the experiment worked.
In the second part of the investigation at Beaumanor Hall, the team investigated the building's cellars. This part of the building was at one time put to use as a top secret military intelligence listening station. So, Glen decided to conduct another unique experiment in this part of the building. Yvette and Karl joined Glen for this experiment, which saw the team try to make contact with the spirits of the hall using morse code.
The session started as normal with the team stood around a small table, with their fingers placed on the surface. Then Yvette called out, "if you were here during the war, please come and tap out using morse code." Glen had brought along a mobile phone app which translates morse code into letters, the idea was if the team heard knocks they could copy them by tapping on the screen in the hope that this might allow the spirits to spell something out.
Glen then tried asking the spirit its name using a phrase in morse code, they got back the response in morse code taps, "Eric Topple," who was apparently in the building in 1943.
For reviews of all of the new episodes, plus highlights and evidence from the shows, and to find out when Most Haunted is on next, visit the Most Haunted episode guide.