Most Haunted Will Return For A New Series In January 2019 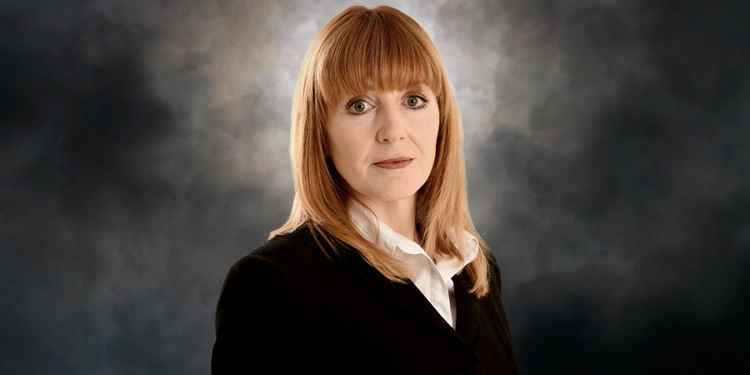 Looking for news on the 2019 Halloween series of Most Haunted? click here.

Hot off the heels of the autumn series, which aired on the Really channel over Halloween, it has been confirmed that the long-running ghost hunting show hosted by Yvette Fielding is set to return for on Friday 11th January, 2019.
The new series will feature ten new episodes and an "As-Live" special filmed at the Eden Camp Museum in Malton, North Yorkshire.
Just days after the last series came to and end, the show's executive producer, Karl Beattie has already confirmed on social media that the next series has been shot, edited and is ready to air on UKTV's Really on January 11th. As always the show will air as part of the channel's "Frightday" paranormal programming on Friday evenings.
As well as visiting Eden Camp Museum, the crew will visit Antwerp Mansion, Hodroyd Hall, Kelham Hall and Guys Cliffe House.
For fans of the show, it's great news that Yvette and the team are returning soon, because with the Halloween episodes being shown over ten consecutive nights, it felt like if you blinked you missed the series leaving fans wanting more. Despite this, Most Haunted fought off tough competition from other paranormal shows over Halloween to become the top show on the channel. Karl shared the news of the viewing figures recently on Twitter.

"The figures are in for the week prior to Halloween with new Most Haunted shows. We took the top five slots for the week and were the most watched show each day! Unprecedented."
Karl Beattie

Karl added that, "this is such an amazing achievement, thanks to you all. Your support and loyalty is unmatched."
We know that the 2019 series will include the same lineup as the previous series. Alongside Yvette and Karl will be skeptic Glen Hunt, demonologist Fred Batt, long-time team member Stuart Torevell, as well as camera man Gregg Smith and sound man Darren Hutchinson. Of course, there's also the chance we'll see Yvette's ghost hunting pooch, Watson from time to time in the series.

The new series will feature five different locations spread across ten episodes, they are...
Eden Camp Museum, Malton
A two-hour long paranormal investigation of a former WWII prisoner camp that is now a museum near Malton in North Yorkshire. The episode is produced in the same style as one of the live shows, meaning it was unedited and uncut. The special will be followed by a second episode shot at the location.
Antwerp Mansion, Manchester
The team's second location is a beautiful Victorian Mansion in Manchester, which is slowly being restored to its former glory for use as a music, art and photography haven. Witnesses have seeing unexplained flashes of light, dark shadows moving in empty rooms and the unsettling feeling of being watched.
Hodroyd Hall, Barnsley
The team will also embark on a three-part investigation of a 12th century hall in Barnsley, where visitors have seen the ghosts of a monk and a nun. There's also been sightings of a spirit known as Dr. Bell on the hall's staircase and the ghost of a murdered maid.
Kelham Hall, Nottinghamshire
In another two-episode investigation, Yvette and co visit the Grade I listed Kelham Hall, which stands in 52 acres of Nottinghamshire  parkland. The hall is said to be haunted by the sound of loud voices and footsteps. Items have been move around in empty rooms and many are too afraid to enter the building's cellars alone.
Guy's Cliffe House, Warwick
The team will spend two episodes investigating Guy's Cliffe House in Warwickshire. The main house fell into disrepair in the 1950s and is now in ruins, but the adjoining building, St Mary's Chapel is said to be a hotbed for paranormal activity. It has dungeons, winding stir cases, creepy portraits, dark corners, creaking doors, an imposing clock tower, gothic windows and lots and lots of history.
The new series has a lot to live up to as the previous one, which aired in October 2018, was promoted heavily as part of Really's '13 Nights Of Frights' programming in the lead up to Halloween.
Over the ten nights that new episodes of Most Haunted were shown, the show held off competition from other paranormal shows and became the most viewed show on the channel and also held seven of the top ten slots.
The series started with an "As-Live" special at Ashwell Prison in Rutland. The two-hour long episode was produced in the same style as one of the live shows, meaning it was unedited and uncut. Although there were ten episodes in this series, the team only visited five locations and their investigations were spread across multiple episodes. These locations were the Bate Hall in Macclesfield, Ruthin Castle, and the Ancient High House in Stafford.
To end the series, Yvette and the team headed to Stoke to investigate the Leopard Inn, it made up a mammoth three-part investigation, but before the investigation even got underway, the team witnessed paranormal activity while getting shots of the building. While Karl and Stuart discussed a shot, six doors along a corridor slammed in succession. The footage has been described as some of the show's best evidence to date.