Ghost Adventures Season 15 Starts In The UK This Halloween 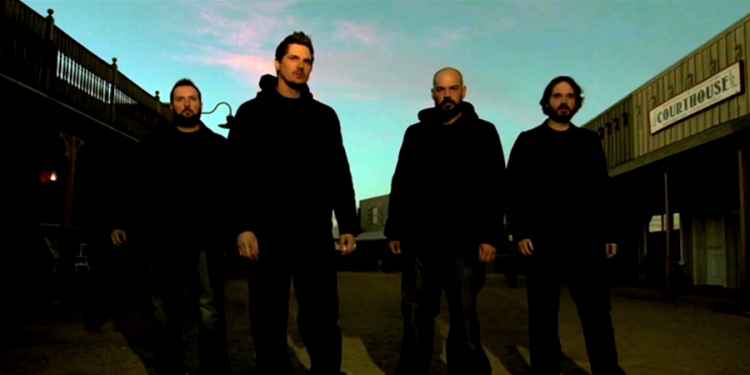 British fans of Zak Bagans and the 'Ghost Adventures' crew will be pleased to hear that the latest series of the US ghost hunting will finally air in the UK this Halloween.
The 15th season of the popular paranormal show, now in its tenth year, returned to American screens earlier this year and now it's time for fans in the UK to catch up on the latest supernatural adventures of paranormal investigators Zak Bagans and Aaron Goodwin, along with A/V techs Billy Tolley and Jay Wasley.
The new series begins here in the UK on Friday, 19th October 2018 on UKTV's REALLY channel, with episodes airing over the Halloween period.
The season, which has already aired on the Travel Channel in the US and kicked off with an all-time ratings high for the series, features a whole list of new haunted destinations for the team to investigate across the country. As always, they'll be using the latest scientific gadgets and technology in order to try to obtain evidence of the paranormal and uncover the truth behind each location's haunted history.
Season 15 will see the team visit a sinister ghost town near Wolf Creek in Oregon, a home in Ogden, Utah to help a family plagued by serious possessions, and they'll travel to Arizona to investigate The Slaughter House, a meatpacking plant-turned haunted attraction.
Other locations included in season 15 are Phelps Dodge Hospital, Eureka Mining Town and The Titanic Museum.
Fans are likely to be in for a treat when the new season starts on REALLY in October, as the season has already brought in record viewing figures of over 2.3 million, the US Travel Channel's highest-rated program to date.
REALLY, which is also home to Zak Bagan's paranormal show, 'Help! My House Is Haunted' have also announced that Most Haunted will return for a new series this Halloween.
Meanwhile, it's been announced that in the US fans of 'Ghost Adventures' will be able to watch a live Halloween special of the show. The four hour long investigation will be broadcast on the US Travel Channel from a haunted museum in Las Vegas. There is not any news on this episode being shown in the UK.
You'll be able to watch the new series this Halloween on digital channel REALLY, which broadcasts in the United Kingdom and Ireland as part of the UKTV family of channels. You can watch REALLY on Freeview (17), Sky (142), Virgin Media (129) and Freesat (160), plus YouView, BT TV and TalkTalk TV.
Add A Comment
Tags:
paranormaltelevisionzak baganstopicalhalloweenhalloween 2018ghost adventures

This is not a good time to get into distracting arguments with friends or companions, especially when the topic surrounds money or values. If the subject comes up, change the subject as fast as you can. Don't loan any money... Read More