Most Haunted Halloween Episodes 2018 - Everything You Need To Know 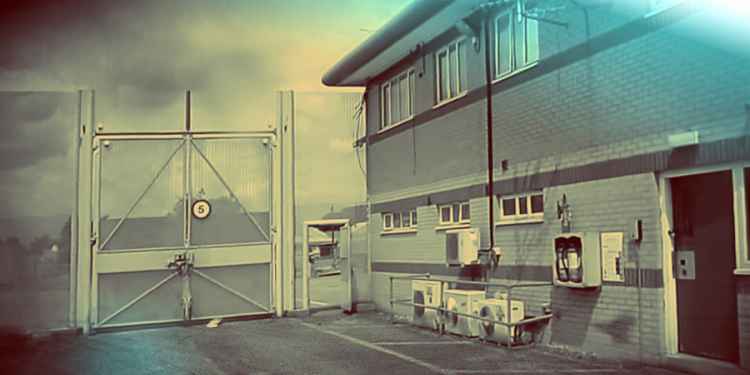 If you missed episode one, you can read what happened in our review of 'Ashwell Prison As-Live' here, or check out the Most Haunted episode guide for more reviews from the new series.
Yvette Fielding and the Most Haunted are set to return for a 2018 series ahead of Halloween, which will include the team of fearless ghost hunters investigation of a disused prison in the East Midlands.
The extended "as-live" episode will air on the REALLY channel and will mark the start of a new ten-part series on Friday 19th October. The series will run over ten consecutive nights up until Sunday 28th October, ending just before Halloween 2018.
The highlight of the series will be the special episode that will air at the start of the series and is produced in the same style as one of the live shows. The special will be followed by a second episode shot at the location.
As well as the disused prison in Rutland, the crew will visit Ruthin Castle, Leopard Inn, Bate Hall and the Ancient High House. The series, which will include the 250th episode of the show, will see the return of a familiar lineup, alongside Yvette and Karl will be skeptic Glen Hunt, demonologist Fred Batt, long-time team member Stuart Torevell, as well as camera man Gregg Smith and sound man Darren Hutchinson.

What is the location of the Most Haunted Halloween special?

The as-live Halloween special will feature Yvette and the team's investigation of the vast and abandoned HM Prison Ashwell in Rutland. A men's prison built on the site of a World War II US army base. It first opened in 1955 and closed in 2011, and ever since is being converted into a business park.
Ashwell has been home to some of the UK's most dangerous and hardened criminals, and like many penal establishments its witness plenty of negative emotions, violence and deaths. A riot which broke out in 2009 resulted in the injury of several inmates and almost three-quarters of the prison became uninhabitable.
Paranormal activity at the prison is said to include the slamming of cell doors, disembodied voices and whispering, and unexplained knocks and bangs. Visitors and previous paranormal investigators who have ventured in to this foreboding place have reported encountering the spirits of former inmates as well as US servicemen from the 82nd Airbourne Division.
There has been numerous reports of dark shadowy figures throughout the prison buildings and in its grounds, and visitors say they've felt like they're being pushed out of cell doors.
It sounds like the Most Haunted crew have their work cut out this Halloween.

When will the Most Haunted Halloween special be on television?

The special will air on Friday 19th October, 2018. The special will be followed by a second episode at the same location, the following night and the series will continue with a new episode every night up until Sunday 28th October.

Is the 2018 Most Haunted Halloween special live?

Fans would love to see the return of a proper Most Haunted Live, the last was broadcast at Halloween from the infamous 30 East Drive in Pontefract in 2015. Since then, UKTV and their channel REALLY have only committed to "as-live" specials, including last year's epic episode at Croxteth Hall where a bed was captured moving on camera.
Sadly, this year is no different. Rather than a fully live show, the episode at HMP Ashwell will be another "as-live" special. This means it will be produced in the same style as one of the live shows. It will be unedited, uncut and, if previous years are anything to go by, will be two hours long.

What channel will the Most Haunted Halloween special be on?

Fans will be able to watch the Halloween special and the new series on digital channel REALLY, which broadcasts in the United Kingdom and Ireland as part of the UKTV family of channels. You can watch REALLY on Freeview (17), Sky (142), Virgin Media (129) and Freesat (160), plus YouView, BT TV and TalkTalk TV.

Will there be a Most Haunted special on the night of Halloween?

The new series finishes on October 28th, just short of Halloween but sadly there are no plans to air an episode of the show on the night of Halloween this year.
Some eagle-eyed 'Most Haunted' fans speculated that 'Most Haunted Live!' was due to return after spotting a strange listing of "Most Haunted: Live Standby Programmes" on REALLY's website.
However, the show's producer, Karl put the rumour to bed on social media. He stated that these scheduled shows are listed as a contingency plan in case a live feed goes down on Halloween night, but sadly that live feed won't be 'Most Haunted' and is likely to be a live version of the US ghost hunting show, 'Ghost Adventures'.
For reviews of all of the new episodes, plus highlights and evidence from the shows, and to find out when Most Haunted is on next, visit the Most Haunted episode guide.