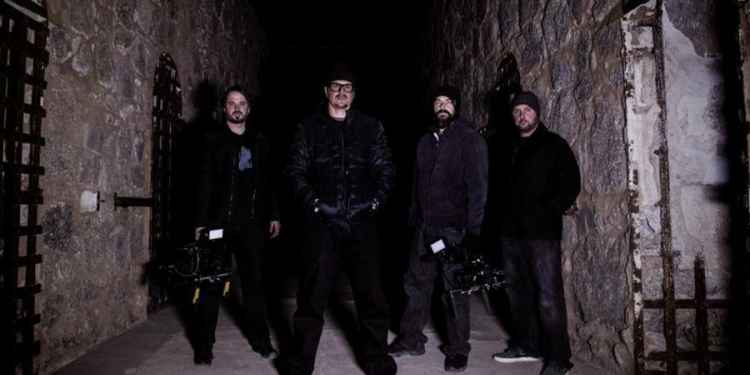 For an update on the live show and to find out if Zak opened the dybbuk box, click here.

Fans of paranormal television will be pleased to know that Zak Bagans and the rest of the 'Ghost Adventures' team will be taking part in a four-hour live investigation to celebrate Halloween 2018.
The special 'Ghost Adventures Live' will air on the night of October 31st at 8pm EST on the Travel Channel in the USA, but will also be available to watch around the world via a live stream on the Travel Channel's Facebook page. For UK viewers, the event begins at 1am on the November 1st.
The haunted location that Zak will be investigating, with the help of Aaron Goodwin, Jay Wasley and Billy Tolley, is Zak's very own occult museum housed inside of a 33-room historic mansion in Las Vegas. The televised event marks the one-year anniversary of The Haunted Museum's opening.
The creepy extravaganza will be captured with over 30 cameras and hosted by Josh Gates from 'Expedition Unknown' and 'Legendary Locations', and will welcome an array of special guests including 'Ghost Adventures' writer Dave Schrader, plus British psychic Lady Snake, 'Help! My House Is Haunted's' resident psychic Chris Fleming, husband and wife mediums Michael and Marti Parry, and paranormal investigator Bill Chappell.
Josh Gates will be manning the show's nerve centre throughout the broadcast, overseeing proceedings from the live investigation, coordinating with the team in the evidence review area and taking the public's comments via the social command centre, which will be monitored by digital host, Canadian internet personality, Andrew "Gunnarolla" Gunadie.

Viewers will be invited to join in with the show and share anything they see or experience by commenting on the live feed or tweeting using the hashtag, #GhostAdventuresLive. The best comments will be read out on air and fed back to the 'Ghost Adventures' team.
On the night of Halloween, Zak and the team will be locked down inside the museum armed with the most advanced technology and ghost hunting equipment. Zak is also planning some surprises, including a never done before, one of a kind experiment, which he's been working on with Bill Chappell.
The Haunted Museum, near Charleston Boulevard and 6th Street, is the perfect place for a Halloween vigil. Not only is it said to be packed full of so many disturbing haunted item that guests must sign a waiver to enter and under 16 year olds are not allowed in, but the building is also said to be haunted by the spirits of its own sinister past.
The museum has thousands of supposedly haunted and demonically possessed items on display, including Peggy the Doll who is known to cause heart attacks. There's also the original wooden staircase from the Indiana home that featured in Zak's documentary, 'Demon House', a chair from the room where Michael Jackson died, and the infamous van that was fitted out as a mobile assisted suicide wagon by the controversial, Dr. Jack Kevorkian.
One item which is easily the museum's most famous, and said to be the most haunted item in the world, is the infamous dybbuk box, which is believed to host a malicious demonic attachment. The ancient wine cabinet inspired the movie 'The Possession' and has been blamed for a black cloaked figure seen moving through closed doors in the room it's displayed in.
Up until now, even Zak himself has been too terrified to open the box, but this Halloween during the live broadcast he will open the box, potentially unleashing a disaster of biblical proportions, real wrath-of-God-type stuff. Fire and brimstone coming from the sky, rivers and seas boiling, 40 years of darkness, earthquakes, volcanoes and the dead rising from the grave. Or, nothing could happen at all, but there's only one way to find out, and that's to watch the show on Halloween.

🚨 MAJOR news, #GhostAdventures fans 🚨#GhostAdventuresLive is coming this Halloween! Get the details on the four-hour live event you don't want to miss: https://t.co/NRkJcdvUPR

'Ghost Adventures' is now in its 16th series after ten years and have embarked on several Halloween specials before, including last year's live show that attracted around four million viewers.
UKTV's Really Channel, that airs 'Ghost Adventures' in the UK have not yet confirmed whether they'll be simulcasting the show on the night of Halloween, but the channel have not yet announced their whole Halloween schedule, including what will be shown on the night itself. If the live event is shown in the UK, it will become part of Really's #13NightsOfFrights.
You can watch 'Ghost Adventures Live' on the Travel Channel in the US at 8pm EST or on the channel's Facebook page on the night of Halloween, Wednesday October 31st, 2018.
Add A Comment
Tags:
paranormaltelevisionzak baganstopicalhalloweenhalloween 2018ghost adventures