Most Haunted At The Ancient High House - Series 23, Episode 7 Review 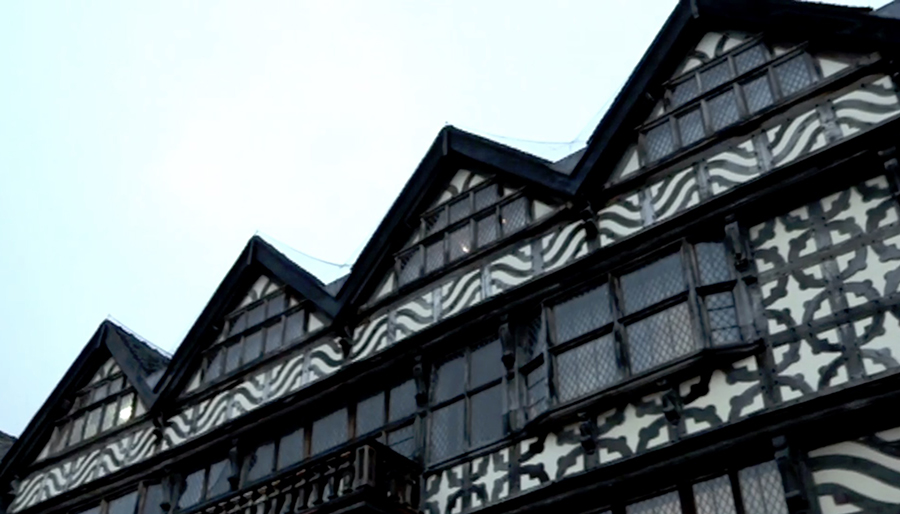 The Most Haunted team return to the Ancient High House in Stafford, the episode marks Yvette Fielding and the team's second visit to the house, having previously investigated it as part of series eight in 2006.
The Ancient High House was built in around 1595, for the wealthy Dorrington family, the ornate timber-framed exterior of the building, is said to be the largest surviving timber frame Tudor townhouse in England. The house was of such strategic importance that it once gave shelter to King Charles I, whilst en route to Shrewsbury in 1642. Over the years it has changed hands and seen many uses, from a shop to a school and now a museum.

Is The Ancient High House Haunted? 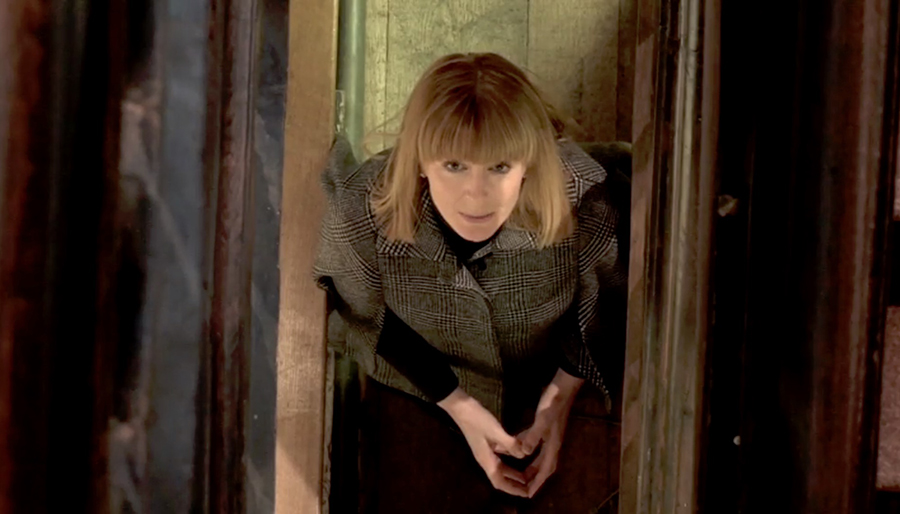 This building was so well loved that many of its past residents have refused to leave. Footsteps have been heard walking along empty corridors, doors open and close of their own accord, disembodied voices are heard in the dead of night and ghostly figures are seen wandering the building, including a terrifying ghost of a woman who passes through a wall where a door used to be.
The Victorian Room is one of the building's paranormal hotspots. A writing desk in the room has become infamous with the museum staff, because it apparently locks and unlocks itself at will. The ghost of a young child has also been seen here, but when approached, she disappears and the ghost of an old woman has been seen in a rocking chair.
One paranormal incident led to the police being called to the building, the officer arrived and was told their was an intruder inside, but when people described the person to him, he couldn't believe what he was hearing as they were describing a gentleman known to the police man who passed away a few years before. 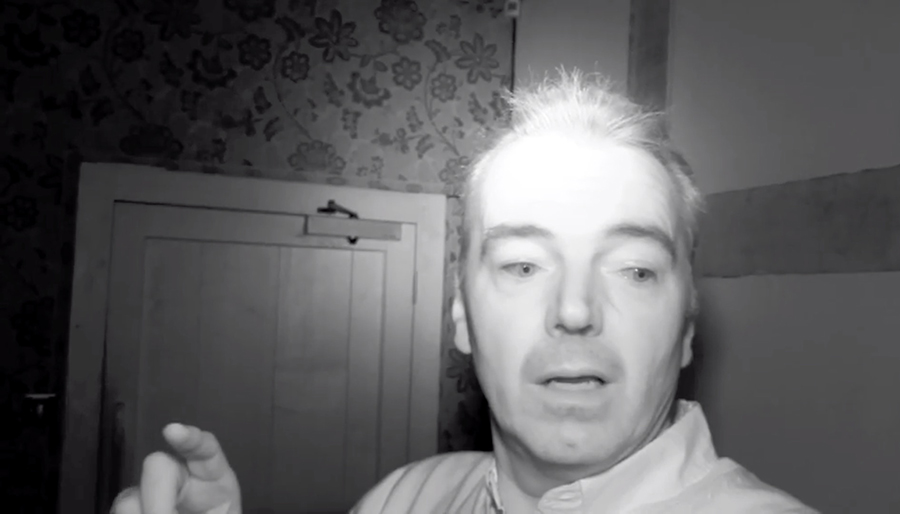 The team started the investigation by splitting up into solo vigils. Yvette was in the Civil War Room where she was surrounded by creepy mannequins in period clothing. She was hearing odd noises, "I can hear footsteps behind me. Very lightly, but they're there." While in the room, what sounded like a girl laughing was caught on Yvette's camera, although she didn't hear it at the time.
Yvette then went out to the stairs to see if much activity was taking place there and she felt like something was moving around.
Karl Beattie was in the Wallpaper Room, where he was hearing lots of footsteps around him and then a noise like something scraping on the table in the room and later he thought he heard one of the chairs around the table move. After a while he started hearing "knock after knock after knock."
Gregg Smith was in The Stuart Bedroom and he was hearing footsteps coming from all around him. He described it as like something playing with him. When he was at one side of the room, the noises came from the other. When he moved, the noises moved too. To make sure it wasn't just the floorboards creaking, he lifted his feet of the ground for several minutes, but the noises continued.
Darren Hutchinson was in the Attic Room, he called out to the spirits "if there's anybody here with me, show yourself" and he heard several repetitive knocks, which he took as a response to his question.
In the Victorian Room, Stuart Torevell was also hearing footsteps in the corridor outside the room. Demonologist, Fred Batt and skeptic Glen Hunt had quieter vigils in their locations, the old shop and the Castle Room respectively. 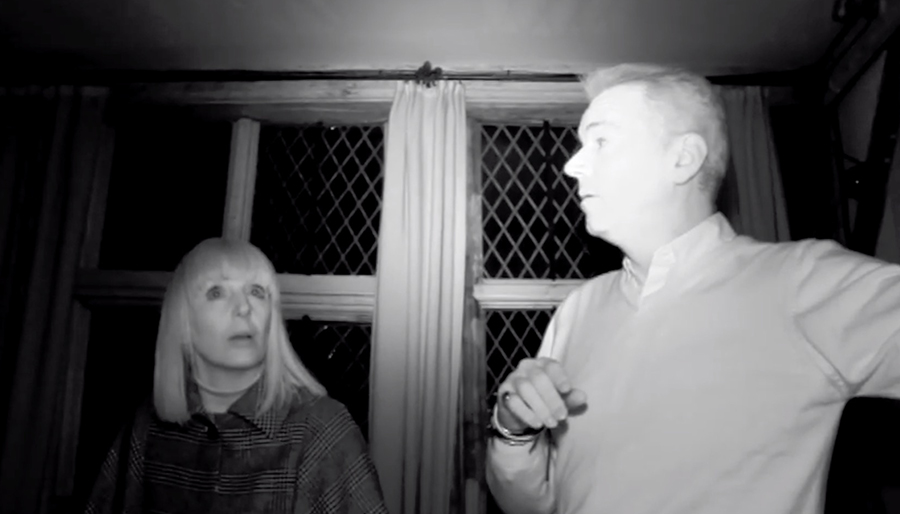 The solo vigils came to an end and the team relocated. Yvette took Karl and Stuart to the first floor, where straight away banging sounds started up again. Yvette tried to encourage the spirits to answer her questions with taps, a tough call when they are happening so regularly anyway. But, Yvette was able to work out that there were four spirits with them and that the one she was talking to died in the 1600s.
Yvette then started tapping burst of rhythmic taps and seemed really impressed that the spirits of the house were able to copy her knocks and repeat it with the same rhythm, but surely this isn't that impressive or astonishing given that she's been having a conversation with a spirit using nothing but tapping for the last five minutes.
Fred and Darren had been paired together on the second floor, and anyone who remembers the last series will know that this is an entertaining combination, but sadly their time together didn't escalate. Fred didn't do any incantations and Darren didn't get angry or run away in fear, but there's still three more episodes this series when this could happen. Fred did however communicate with spirits via taps, like Yvette had been. He said "tap out how many of you are here" and he heard four taps in response. 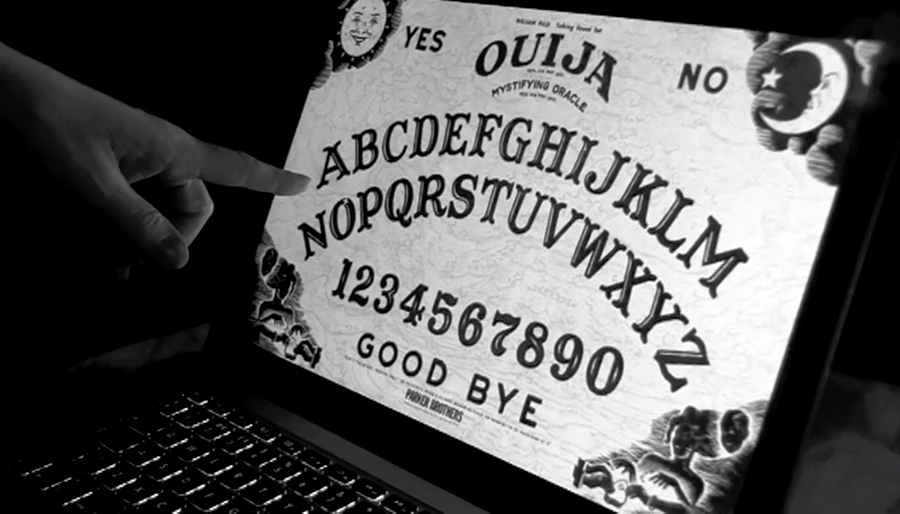 Towards the end of the investigation, the team conducted a tapping board experiment in the Victorian Room to try to communicate with the spirits. The experiment involved a Ouija board on a computer screen which Yvette could run her finger over, the idea is that the spirit taps to indicate a letter and spell out a word or phrase.
Yvette started out by confirming there was a spirit present with a tap, she then asked it what its first name is. The taps seemed to spell out the name William and the surname, Marson. Yvette asked the spirit if he had any brothers or sisters, he spelt out the name Edwin.
According to the documents Fred had with him, the Marsons were a famous family who were associated with the house and on that list were two brothers, William and Edwin. Yvette then asked the spirit if he knew what year it was and it correctly tapped out 2018. Then skeptical Glen took over and asked the spirit to spell out exactly where it was, with the help of Yvette pointing at the letters, the phrase "all around" was spelt out.
During the session what sounded like a child's cough could be heard on the camera's audio, although it wasn't heard by the team at the time.
The new series of Most Haunted continues as part of Really's #13NightsOfFrights. Watch on Freeview (17), Sky (142), Virgin Media (129) and Freesat (160), or watch previous episodes of Most Haunted on demand on the UKTV Player.
For reviews of all of the new episodes, plus highlights and evidence from the shows, and to find out when Most Haunted is on next, visit the Most Haunted episode guide.