Most Haunted At The Bate Hall, Part One - Series 23, Episode 3 Review 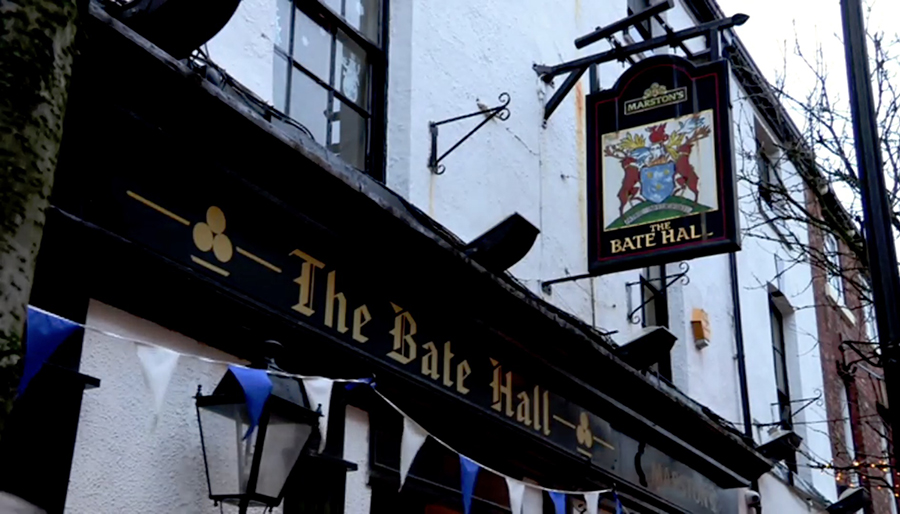 Tonight, Yvette Fielding has brought the Most Haunted team to one of the oldest pubs in Cheshire. Not only is it said to be full of paranormal activity, but the poltergeist that resides in the Bate Hall is incredibly violent. With so much paranormal activity to validate, the investigation is spread across two episodes, tonight's is the first.
Dating back to the late 16th century, the Bate Hall has become one of the most historically significant buildings in Macclesfield. As the Civil War ripped the country apart, the Stopford family who supported the Parliamentarians owned the inn, and it is said Oliver Cromwell once stayed here.
It was a private dwelling up until 1810, when it was licensed as an inn, boasting a fine Jacobean staircase, a priest hole thought to go back as far as 1525, tunnels and abandoned floors - plenty to keep Yvette and the team occupied.

Is The Bate Hall Haunted? 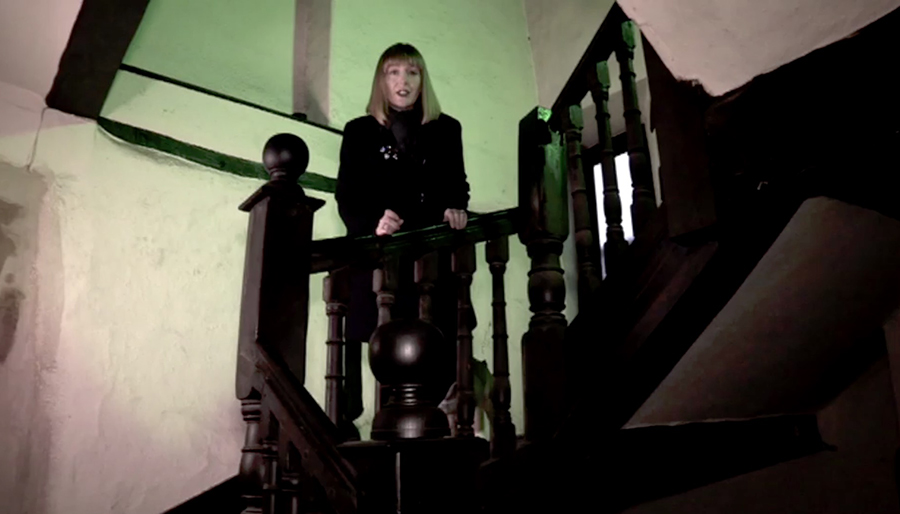 The ghost of a grey lady has been seen in the inn walking the staircase and the empty rooms. She's thought to be the spirit of a woman who was hanged in the stairwell for being a witch. A poltergeist is said to throw objects around, children have been seen and heard around the building.
On the abandoned upper floor, strange markings are said to appear on the walls before vanishing again without leaving a trace, the ghost of an old lady and a young boy have been seen, as well as a seven-foot-tall shadowy figure that lurks in the dark recesses of this foreboding place.
The pub's cellars are also said to be haunted and it's thought that the activity could be related to a now buried tunnel under the cellar floor, which was once used as a hideout for a priest during the period when Catholics were persecuted by law.
Even before the investigation got underway, while the team were filming around the pub earlier in the day, odd things started to occur. While doing a piece to camera on the stairs, Yvette was suddenly interrupted by a loud bang coming from above. After a little investigation, they found a breadboard on the floor that was responsible for causing the crash. The breadboard was found in an otherwise empty room and where it came from is unclear.
On a subsequent take, Yvette, who was accompanied by her dog Watson, was again interrupted. This time by a candlestick falling from above, narrowly missing Yvette. They also had lights falling, shadows walking in front of lights, technical issues, a light bulb smashing on the floor, a ball was caught rolling up the stairs and plenty of strange noises. 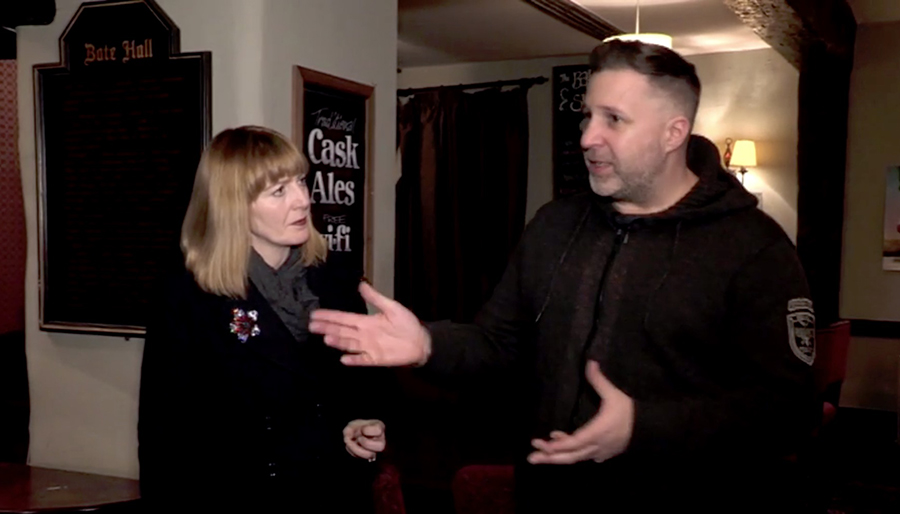 As always, before the investigation got started, Yvette took a preliminary walk around the property with the show's skeptic, Glen Hunt. Despite being skeptical about some of the activity here, Glen says, "there are plenty of people who are seeing and experiencing different things. Now, I find that quite interesting." Glen wasn't just talking about the staff and customers of the pub, but also a business woman who runs a shop across the road who claims to have seen a ghostly figures through the pub's upstairs window and is now too scared to open her curtains.
Like the earlier filming, the rest of Yvette and Glen's walk around was disrupted by the two of them seeing a black shadow and a figure hovering on the stairs. They also experienced a tapping sound coming from under their feet and again the ball rolled down the stairs. 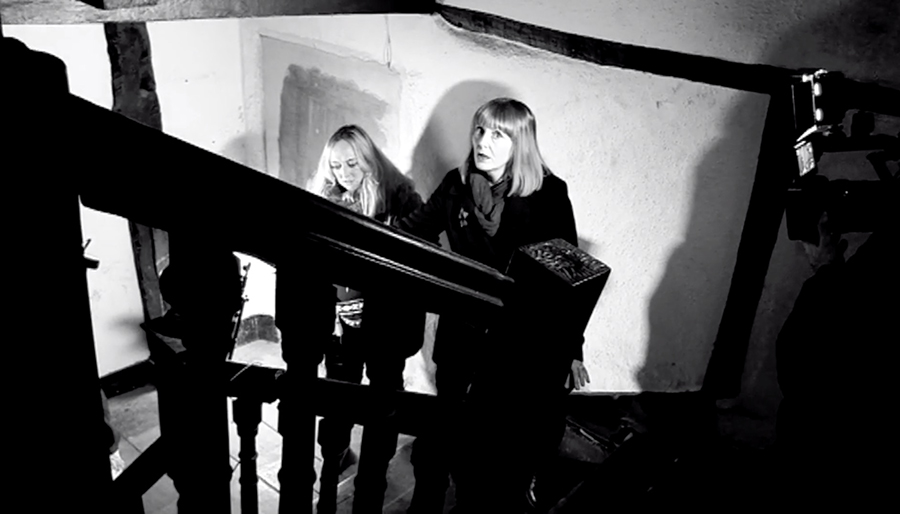 No sooner had the investigation started had the team witnessed their first bit of activity. They all heard a strange child-like sound, which was clearly picked up on camera too, this was followed by several loud tapping sounds.
Suspecting that they might be dealing with a child spirit, Yvette started singing a nursery rhyme, 'Twinkle Twinkle Little Star' and the tapping appeared to be tapping rhythmically along with her. When Yvette stopped singing, the tapping continued with the same tune.
As suddenly as the the activity started, it stopped and the team moved on, but as they walked down the stairs, Karl Beattie was hit on the head by what looked like a small metal cup. After inspecting her husband's head for a lump, Yvette shouted at the spirits of Bate Hall, "that wasn't very nice was it? That was very naughty, you bad bad children." 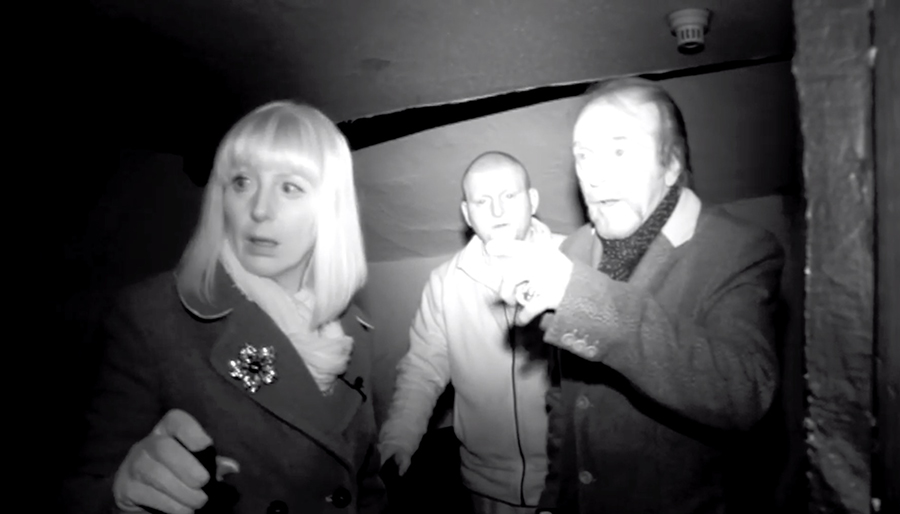 Because of all the activity, so far the team hadn't really moved away from the staircase. So, finally they split up in order to investigate the rest of the building. Glen was alone in the bar attempting to capture some spirit voices on his laptop, while Yvette went to the upper floor with demonologist Fred Batt and crew members Gregg Smith and Stuart Torevell. As soon as they got to the top of the rickety and wobbly staircase, they started to hear noises.
They then heard a strange sound, Fred thought it sounded like a whisper, while Gregg said it sounded like "a kid's voice or a whimper". To me it sounded like a creaky door slowly closing, a few seconds later Yvette confirmed that that was what it was, but then they heard what they thought sounded like a child humming. Fred then confessed, "this is one of the worst places I've ever felt, I don't like the feeling at all." Yvette pushed Fred to explain, while shaking he said "this is not the feeling of like demons or spirits, this is something bigger than that. This feels very very bad."
Meanwhile, Karl was down in the cellar on his and his first scare came pretty quickly when he heard a beer barrel moving somewhere in the distance. He then heard several loud and very clear taps on one of the barrels. Karl called out to the spirits, "can you move one of the barrels?" Straight away the sound of something dragging was heard.
At this point the episode came to an end, but the investigation is far from over. The rest of the team's time in the inn and the conclusion to their investigation will feature in tomorrow night's episode.
The new series of Most Haunted continues as part of Really's #13NightsOfFrights. Watch on Freeview (17), Sky (142), Virgin Media (129) and Freesat (160), or watch previous episodes of Most Haunted on demand on the UKTV Player.
For reviews of all of the new episodes, plus highlights and evidence from the shows, and to find out when Most Haunted is on next, visit the Most Haunted episode guide.
»Most Haunted At The Bate Hall - Part Two