This article is more than eight years old and was last updated in March 2017. 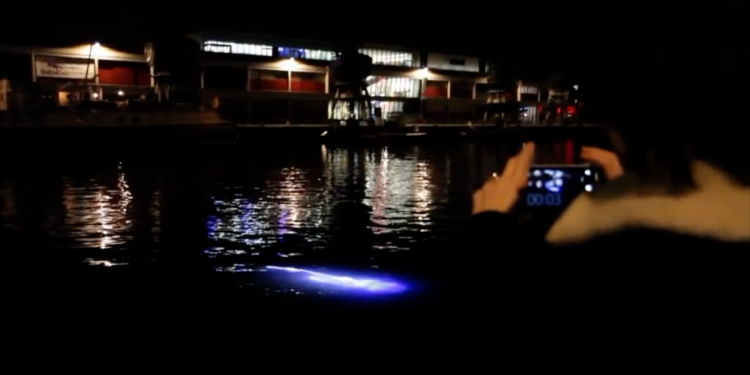 Last night Bristol became the location of a strange alien sighting. A strange, glowing squid swimming through the murky waters of Bristol docks was caught on camera by multiple on lookers.
Since it was spotted social media users have been debating whether the sighting was a jellyfish, a squid, an alien or just an elaborate prank.
Twitter users speculated that the glowing creature could have been anything from an animal which has escaped from Bristol Zoo to Father Christmas' underwater sleigh. Some have claimed it could even be a stunt by legendary Bristol graffiti artist, Banksy.
One expert, Steve Simpson, a biologist from Bristol University told the Bristol Post that it could be some type of illuminating marine creature, "there is a possibility that it is a special type of jellyfish or a marine salp. It's very unusual and I haven't really seen anything like it before though."
If it were a glowing marine creature it would have to be a very long way from home and would have to be comfortable with the freezing cold waters of the South-West of England.
Dan De Castro from the Bristol Aquarium disagreed, he told BBC Radio Bristol, "I don’t think it’s a jellyfish or squid at all. It would be very unlikely for a jellyfish to actually arrive in Bristol harbour side in one piece and be alive." 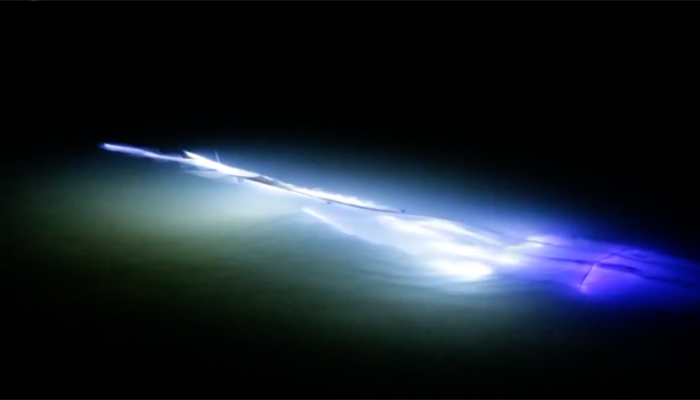 The videos and pictures of the creature aren't really clear enough to identify what the object really is but one YouTube commenter says "you can see an entire skeletal body before it vanishes" at the 28 second mark of the video.
To me it just looks like someone has dropped a string of battery-powered fairy lights into the docks, after all, it is less than three weeks until Christmas. 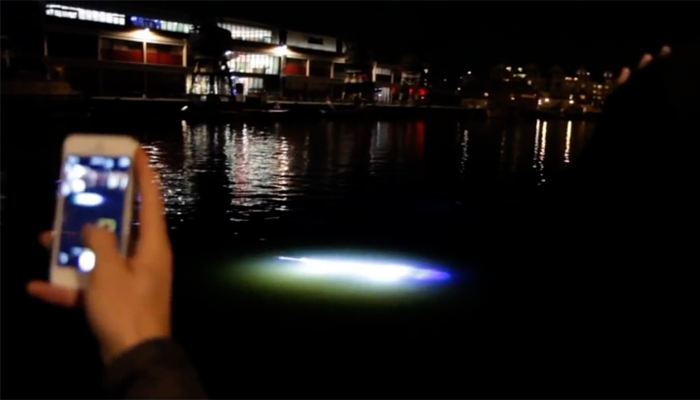 A few days after this post was written, the truth about the Bristol alien was revealed. The squid was actually a stunt pulled off by television channel, UKTV Watch.
The channel admitted that they were behind the sighting in a statement on their website, "the guerrilla campaign was created to launch 'The Happenings,' an audacious new illusion series featuring master magicians 'Barry and Stuart', a new show from the producers of Derren Brown."
UKTV claimed that the stunt pulled in 3.5 million Twitter impressions, I would bet that's considerably more than the number of people who will watch Barry and Stuart on Watch.
Tags:
unexplainedbristol