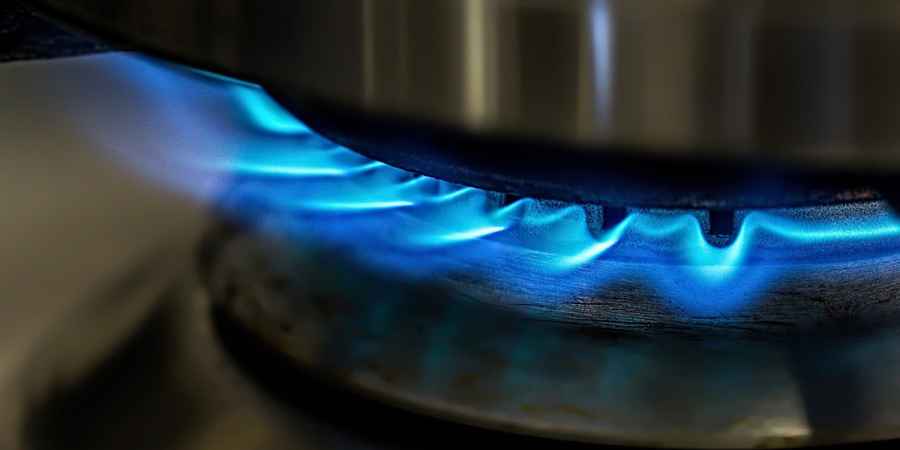 Photo: pixabay.com
You may have heard the theory that a carbon monoxide leak in the home can lead people to have paranormal-like experiences including nausea and even hallucinations, but is there any truth to this claim?
Carbon monoxide poisoning is of course a real risk present in any home that's fitted with an appliance that burns organic fuels such as petrol, wood, propane and methane. The risk is increased when appliances aren't regularly serviced, the fuel does not burn fully or when the room isn't properly ventilated, or exhausts, vents or chimneys are blocked.
This results in the odourless gas filling the air in the room, when inhaled over a prolonged period it can be lethal, but mild exposure can cause headaches, dizziness, weakness, nausea and fatigue, symptoms which are also commonly reported in haunted houses.
More extreme exposure can result in chest or abdominal pain, delirium, and audio and visual hallucinations. This is why some people living in haunted homes might report seeing or hearing ghostly phenomenon. However it should be pointed out that carbon monoxide induced hallucinations only happen in cases with high level or longterm exposure to the gas. In these extreme cases the sufferer is also risking seizure, fainting, coma and death. So by the time someone reports visual disturbances it should be clear that something much more serious is going on than just having a resident spook.
It's easy to see why a source of carbon monoxide in a home could make you think the house is haunted. After all, the gas is likely to affect everyone in the property, so you'll all have similar experiences, and the uneasy feelings and symptoms will pass once you leave your home, as it would with a ghost focussed on your home.
Arguably a carbon monoxide induced haunting might be more common in a an older property. Although there's no figures to back this up, it seems logical that an older property might have out-of-date appliances which aren't in a good working order. This could at least start to explain why old and creepy houses often have a haunted reputation.
Because the symptoms and signs of carbon monoxide poisoning are quite general, they can often be missed or mistaken for other things, which is why carbon monoxide is so dangerous. Symptoms like headache and nausea can be misdiagnosed as the flu or a virus.
Carbon monoxide poisoning can also cause shortness of breath, vomiting, diarrhoea, as well as several psychological symptoms including depression, lethargy, impulsiveness and distractibility.
So how do you know if you're dealing with a ghost or a faulty gas appliance? Well, if you want to know for sure if your house is haunted, then you need to rule out any rational explanations for the phenomenon.
You can rule out that you are suffering from carbon monoxide poisoning in your home by looking for seasonal trends caused by a faulty central heating system that is used only at certain times of the year.
You should also check that appliances are in good working order, have been serviced recently by a qualified and registered professional, and are being used according to their operational instructions. Make sure all rooms are well ventilated and that vents, chimneys and flues are not closed, blocked or obstructed.
Finally, turn off or move any appliances that may be a cause to see if this reduces the symptoms, the most common sources in the home are smoke from fires, gas water heaters, gas-powered space heaters and gas ovens and stoves.

Toxic Effects Of Carbon Monoxide Or A Violent Haunting? 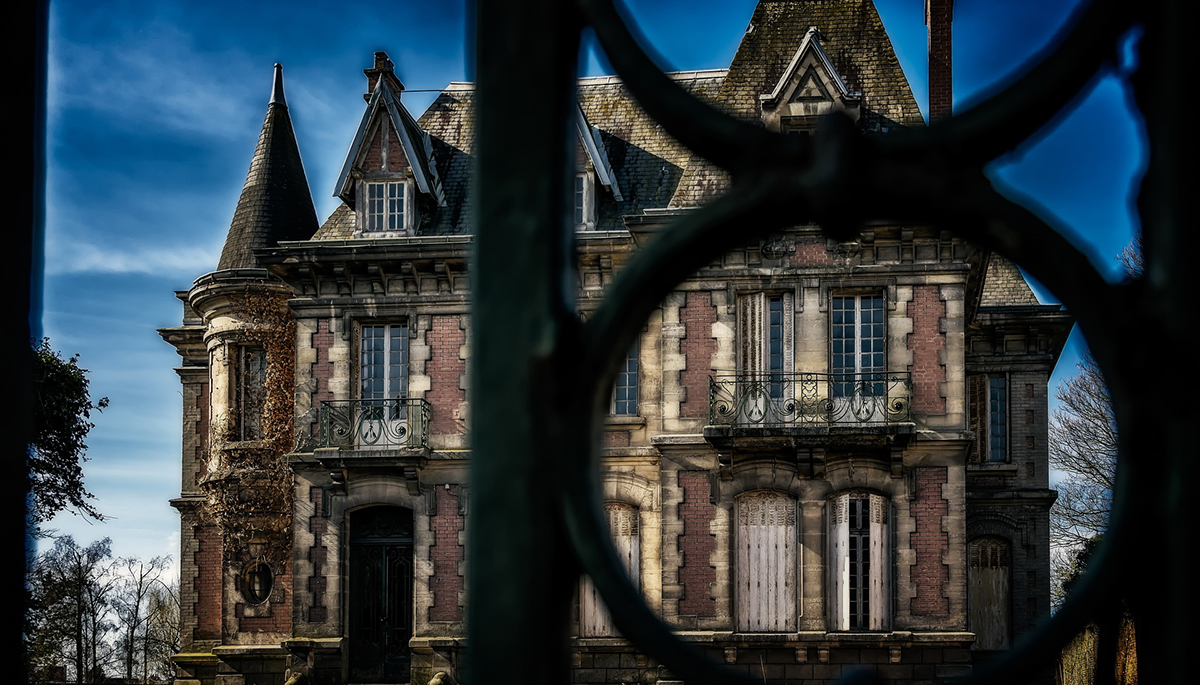 Photo: pixabay.com
The link between carbon monoxide poisoning and haunting experiences is nothing new, it was first written about by American ophthalmologist Dr. William H. Wilmer in 1921 in a paper entitled 'Effects of Carbon Monoxide upon the Eye' which was published in an issue of the American Journal of Ophthalmology.
In the paper Wilmer shares an account written by a woman who he called "Mrs. H". The mother describes her experience with carbon monoxide poisoning and how her household mistook it for a violent haunting.
The family spent the winter of 1912 living in a large house that was built in about 1870 and was in need of repair. The house had no electricity and was lit by gas lights throughout, with an old furnace that broke down on their second day in the house. Despite standing on what Mrs. H described as a "sunny street", she said the sunlight "rarely seemed to penetrate through the tall and narrow windows."
Mrs. H claimed that after just a few days in the house her and her husband started feeling "very depressed", this escalated to severe headaches and feeling weak and tired. She later reported aches, pains and unusual dreams.
In just a few weeks the family reported hearing footsteps in parts of the house but upon investigation found those areas empty. Their houseplants died, and they felt as if they were being watched to the point they moved furniture around so they could keep an eye on the spaces behind them. They were awoken at night several times by the sound of a bell or the telephone ringing, as well as by slamming doors and loud footsteps.
The mother reported that her children grew pale and suffered from heavy colds, became lethargic and lost their appetite. On top of this they also experienced strange goings on, including hearing phantom voices. One child also reported being attacked as he slept. He suddenly awoke and ran though the house screaming "don't let that big fat man touch me."
The four-year-old wasn't alone, Mrs. H's husband also reported feeling as if someone had attacked him while sleeping. He said that he felt as if someone grabbed him by the throat and was trying to strangle him in the middle of the night.
Perhaps the most disturbing phenomenon was the sighting of apparitions. Mrs. H reported seeing a strange dark-haired woman in a black dress in the dining room, but as she approached the figure disappeared. She wrote, "in her place I saw a reflection of myself in the mirror, dressed in a light silk waist."
It wasn't just the family that was experiencing these odd happenings, their servants were too. The children's nurse had been the first to declare, "this house is haunted" after hearing footsteps herself, feeling like she was being followed, and even awoke to see a mysterious man and a woman sat at the foot of her bed.
The story is so convincing with so many witnesses that it would be easy to be sucked in by the claims of a paranormal explanation, but Mrs. H was not convinced by this and called a professional for help. It was later discovered that the furnace was in a very bad condition and had been spewing carbon monoxide fumes out into the house instead of going up the chimney. A physician examined the family, he told them to take iron supplements and not to spend another night in the house.
Carrie Poppy, a paranormal investigator and podcast host described a similar paranormal experience fuelled by a carbon monoxide leak in her 2016 TEDx Talk in Vienna.
The co-host of the 'Oh No, Ross & Carrie' podcast said, "I was 25 at the time, and I was living in a tiny house behind someone else's house in Los Angeles." Like the house in the ophthalmology journal, the house was a little dilapidated having not been taken care of properly for a long time.
Carrie said, "one night, I was sitting there and I got this really spooky feeling, kind of the feeling like you're being watched. But no one was there except my two dogs, and they were just chewing their feet." She continued, "the feeling just kept getting worse, and I started to feel this pressure in my chest, sort of like the feeling when you get bad news."
Over the course of a week the feeling got worse, it became physically painful, and Carrie started to become convinced that something was haunting her home. This belief was strengthened when she started to hear strange sounds like whispers.
She reached out to the internet for help and stumbled upon a forum where skeptical ghost hunters were offering help. One suggested that her experience could have been being caused by carbon monoxide poisoning. Carrie said, "I looked it up, and the symptoms of carbon monoxide poisoning include a pressure on your chest, auditory hallucinations and an unexplained feeling of dread."
Acting on this, Carrie called the gas company and reported a suspected gas leak. She said, "they brought their carbon monoxide detector, and the man said 'it's a really good thing that you called us tonight, because you could have been dead very soon'."
Tags:
scienceghostsparanormal