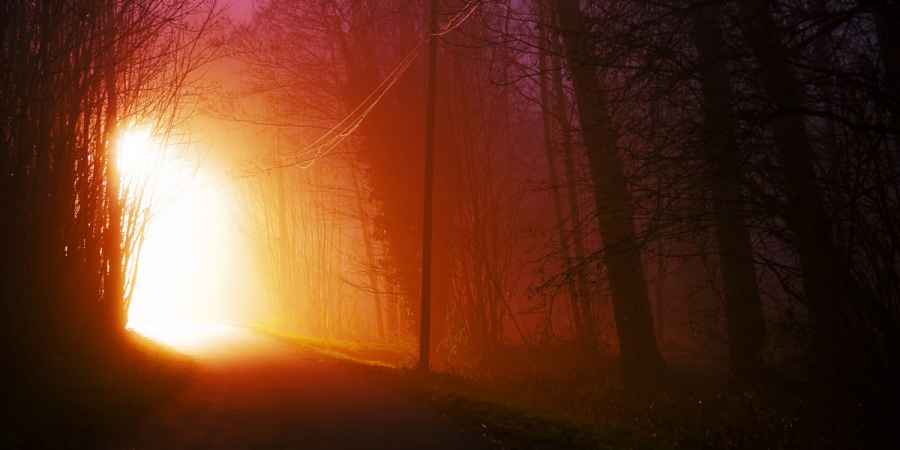 Photo: pixabay.com
These are six of the most chilling ghost encounters on UK roads, hand-picked by an expert in tales of the supernatural, just in time for Halloween.
Dr Rob Gandy is a Visiting Professor at the Liverpool Business School at Liverpool John Moores University, as well as a former NHS manager.
But away from his university commitments, Dr Gandy has spent years documenting eye-witness accounts of high strangeness on Britain's highways and byways.
And Dr Gandy, a prolific writer for the magazine Fortean Times, has teamed-up with Select Car Leasing - one of the UK's largest independent specialists for car and van leasing - to reveal some of the most compelling cases he's ever come across.
From phantom hitchhikers to the terrifying spectre of a 12ft-tall monk, these road-dwelling entities are, like potholes, arguably best avoided by motorists.
Dr Gandy adds, "whether you, or I, personally believe in the existence of ghosts is almost irrelevant with these cases - what's truly compelling is that the eyewitnesses are adamant about what they experienced."
He added, "what's also powerful is that many of the tales told here involve multiple witnesses, which adds more credence to the accounts. The following six encounters cover a broad spectrum of spooky goings-on from across England, all told in good faith by startled witnesses."
A recent survey by Select Car Leasing found that many Brits had endured their own road-based hauntings - with roughly one in seven respondents answering 'yes' to the question, 'do you believe you have seen a ghost while driving?'
Graham Conway, Managing Director at Select Car Leasing, said "running out of fuel, or having a dead battery in an electric car, is scary enough, but these accounts are sure to signpost the route to a nightmare."

1. The Girl In The Nightdress, Lincolnshire 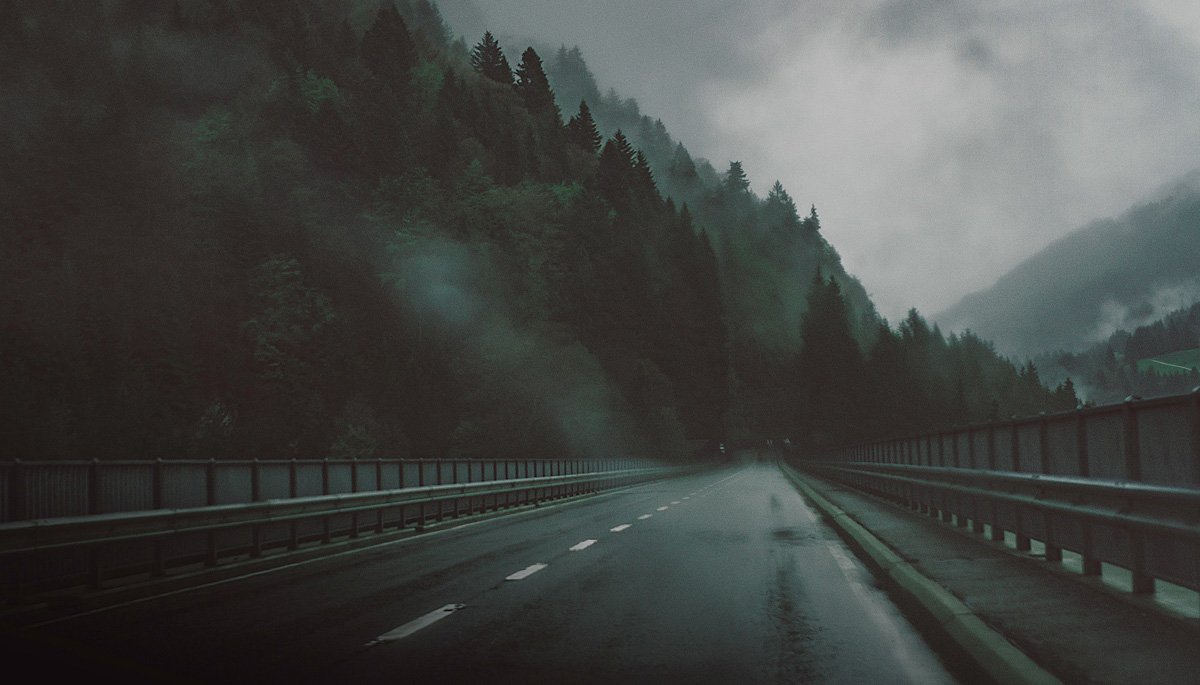 Spectral children are a staple of Hollywood horror movies. And this encounter from 2016 is every bit as chilling as anything you might see on the silver screen. As Dr Gandy puts it, "this one goes all the way up to a 11 on the spooky scale."

The shocking event was seen by a family - dad 'Martin', mum 'Amy' and 13-year-old daughter 'Caroline' - as they drove along the A15 heading south from Lincoln one bright, sunny Sunday morning.

All of a sudden, the eyewitnesses spotted a young girl of around seven years old looking 'thin' and forlorn and with nothing but a nightie on at the side of the road.

Dr Gandy describes what happened next, saying "what shocked all three of them was that they could clearly see through the little girl – she was transparent. To add to their astonishment, the girl then began to float along the pavement, staying in front of the car and keeping pace with it, even though they were travelling at 30 mph. What was really weird was that her movement seemed to be a series of short instantaneous 'jumps'. Martin, Amy and Caroline never took their eyes off the girl for the whole of the time, but she then suddenly vanished into thin air."


2. The Man With The Gladstone Bag, Devon 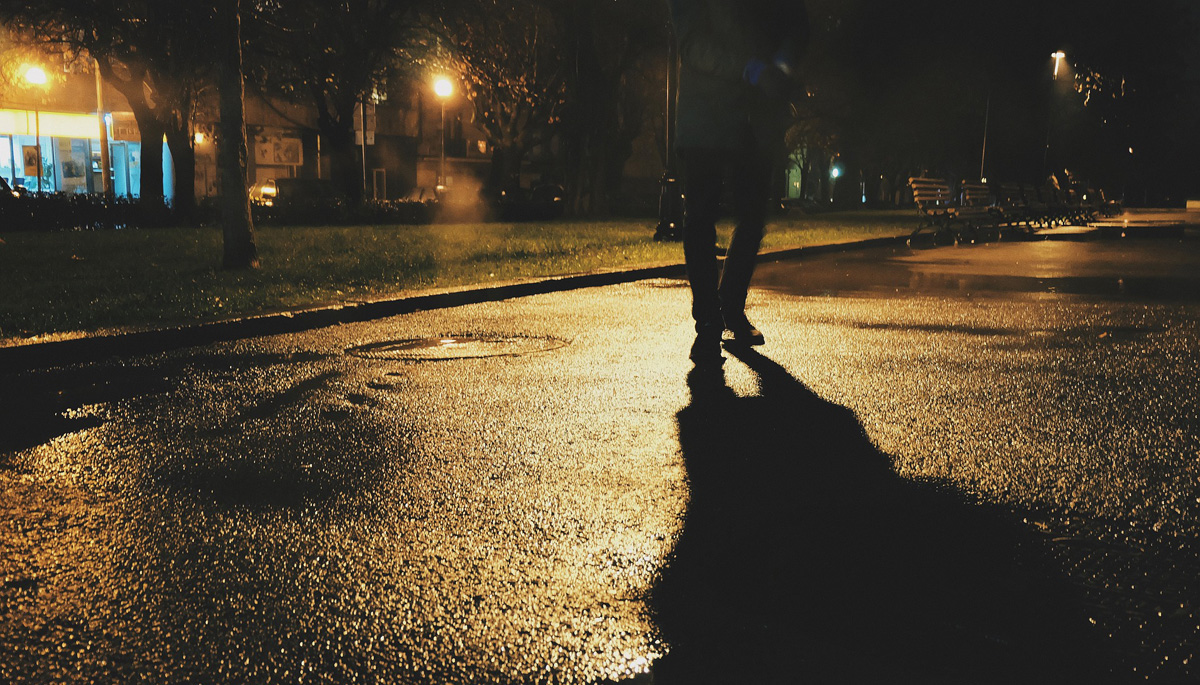 Some accidents are unavoidable - particularly when you're trying to dodge a ghost that's been 'run over' numerous times by startled motorists.

One night in 1989, two friends - 'Tom' and 'Peter' - were driving north across Woodbury Common in Devon on the B3180 towards Ottery St Mary. As they approached a pub on their left, the Halfway Inn, they watched in horror as a man stepped into the road, right into the path of their car which was travelling at around 25mph.

Dr Gandy told The Ghost Club's Journal, "he was clear in the headlights and both Tom and Peter could see that he was wearing a black top hat and black frock coat, and he was carrying a Gladstone bag. The man turned his head to look straight at them, although his normal-looking face seemed blank and unaware of the presence of the car. Tom slammed on the brakes, but there was too much momentum and the car simply went through the man. Both Tom and Peter were convinced that they had killed someone and got out of the car as soon as it came to a halt. Tom burst into tears; he was that shocked. Tentatively they looked behind the car, and then under the car, using torches – but there was nothing to be found. A week later Peter decided to pay a visit to the Halfway Inn to talk to the landlord about the episode; his friend Tom point blank refused to go with him. The landlord confirmed that several other people had had similar experiences over the years. He believed that what had been seen was the ghost of a doctor who had attended a birth at the inn, and upon leaving had stepped out into the road only to be run over and killed by a horse and carriage." 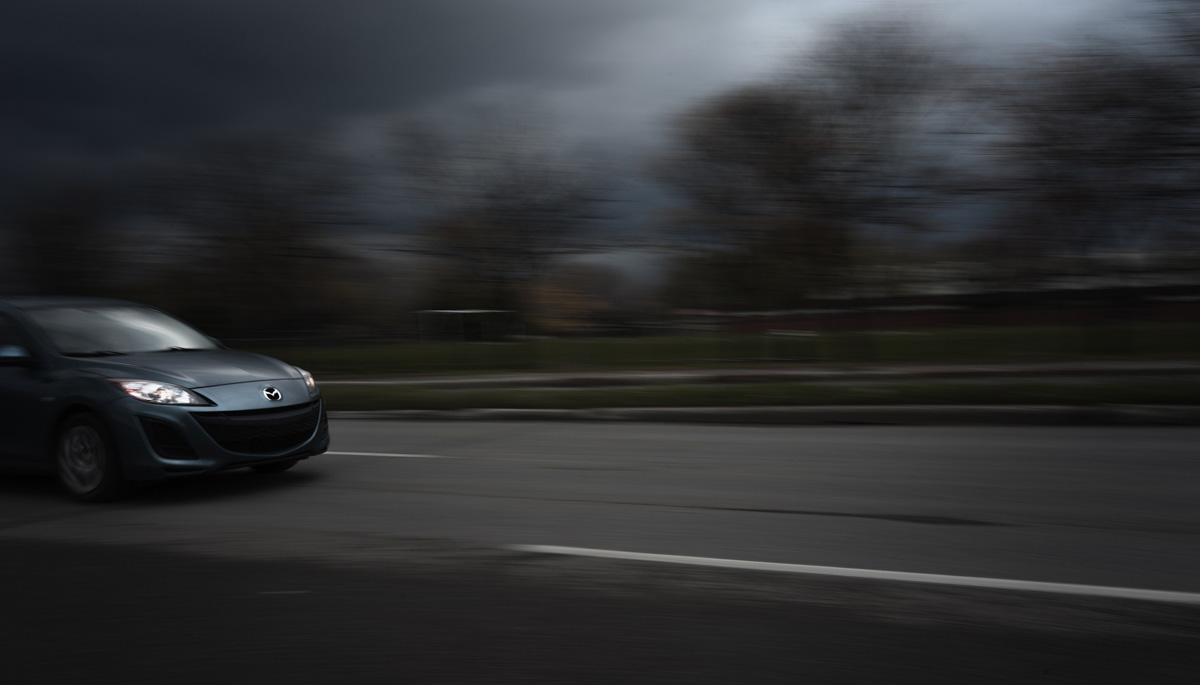 Dr Gandy has investigated countless tales of so-called 'phantom hitchhikers' - spooks seemingly hellbent on thumbing a ride. But less than a handful involve talking phantom hitchhikers, and this is one of the most frightening, 'where the eyewitness genuinely thought they were talking to a real person'.

The event took place in 1983 when a 27 year old - known as 'Mr M' - was driving along the windswept Coastal Road between Ainsdale and Southport, Merseyside. Mr M spotted a hitchhiker standing on the side of the road, and offered to give the gentleman a lift.

Dr Gandy explains, "the man was wearing a parka-type coat and was soaking wet, and wasn't carrying any bags. He had stubble on his face and dark eyes, and Mr M guessed that he was in his mid-30s. Although his behaviour was normal and calm, he had a troubled expression, which Mr M put down to him being out in such bad weather. He was quietly spoken, with a local Southport accent, and asked if he could bring his girlfriend with him into the car, to which Mr M agreed. Staying on the passenger side of the car, the man then stepped to its rear without making a sound, although the heavy rain was making a lot of noise. Mr M then realised that the man was nowhere to be seen; he opened the driver's window and saw that there was nobody there. He stepped out of the car for a couple of seconds and still could not see anybody. It took about 20 seconds for Mr M to realise that the man had completely disappeared, and that there was no sign of any girlfriend. The road at that point was edged with high sandhills and there was quite simply nowhere the man could have gone."

4. The Phantom Concorde On The A442, Shropshire 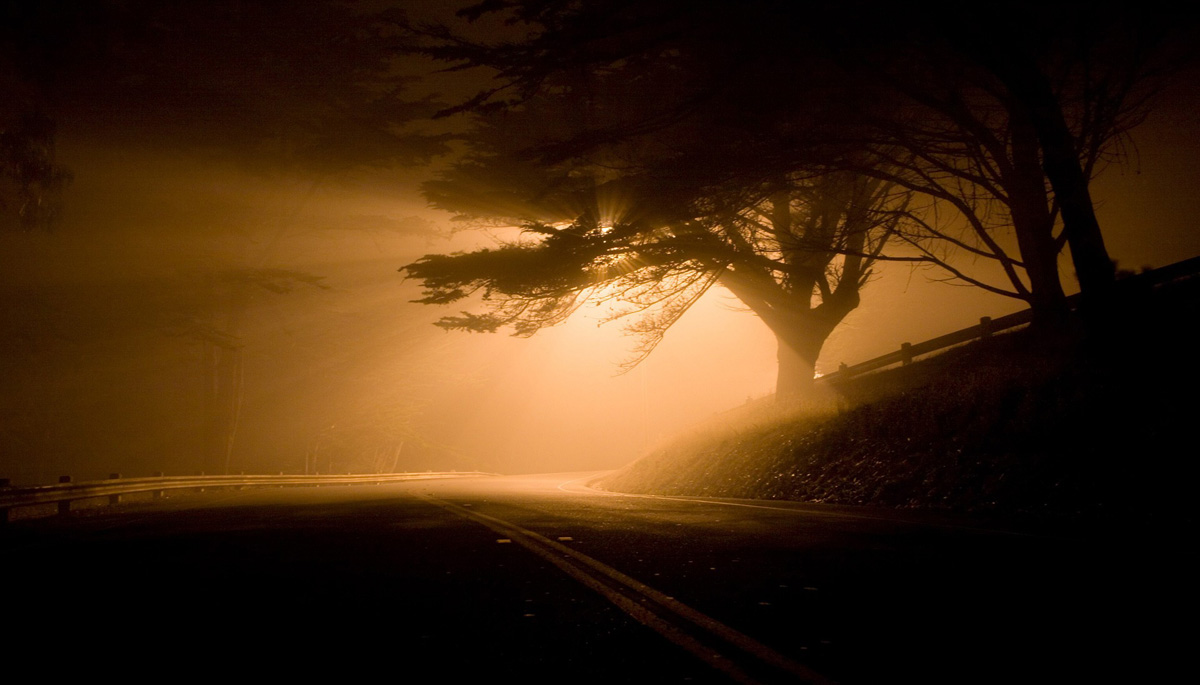 Not all ghosts come in human form, some take the shape of iconic feats of engineering - in this case, the supersonic plane Concorde, that flew commercially between 1976 and 2003.

In a case Dr Gandy says is both 'strange' and 'unsolved', he describes how a family of startled eyewitnesses claim to have seen Concorde flying alongside them, just 10-15ft off the ground, and having seemingly taken-off from a random farmer's field. The sighting came in late August 1975, while driving on the A442 near Bridgnorth, Shropshire.

Dr Gandy says "the aircraft disappeared from view behind hedges and trees as the eyewitnesses continued up the road, and was then nowhere to be seen."

There were no nearby airshows, and no airstrips in the vicinity capable of accommodating Concorde. Select Car Leasing's Managing Director Graham Conway ponders wonders "perhaps it was a bizarre early premonition of the tragic 2000 Air France Flight 4590 Concorde crash in Paris, that killed 109 on board and four on the ground...?" 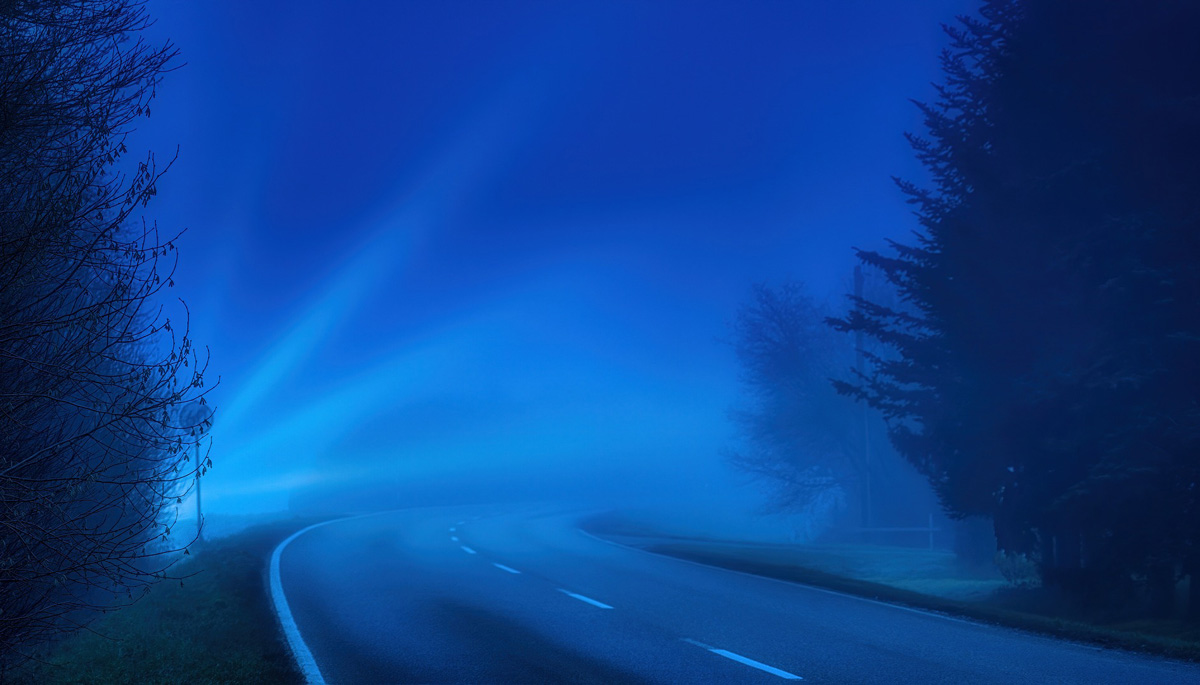 When it comes to terrifying phantoms, there's surely nothing as unsettling as seeing a 12ft tall monk marauding down the road on a wet, stormy night.

But that's precisely what happened to 20-year-old 'Katie' back in 1999 when she was living at home in Scunthorpe, Lincs.
Dr Gandy says Katie and her mum Catherine were looking out of an upstairs window when their eyes were drawn to a strange figure ambling down nearby Scotter Road.

He says, "together they watched what looked like a monk coming from their right. The hood was stood up to a point, which was surprising given the heavy rain, but they couldn't see his face because of the angle. However, what really flummoxed Katie and her Mum was the fact that the monk appeared to be 12 to 15 feet tall."

Katie tried to dismiss the encounter as an 'idiot in a weird fancy dress' but mum Catherine watched in terror as the figure completely disappeared.

Dr Gandy added, "neither Katie nor Catherine have broadcast their experience to others, but over the years they have overheard people with related stories. One involved a worker driving on the same stretch of road and seeing a monk in the road. He slammed on his brakes and thought that he had run over the figure. He stopped and looked but found that there was nothing there; which really shook him up." 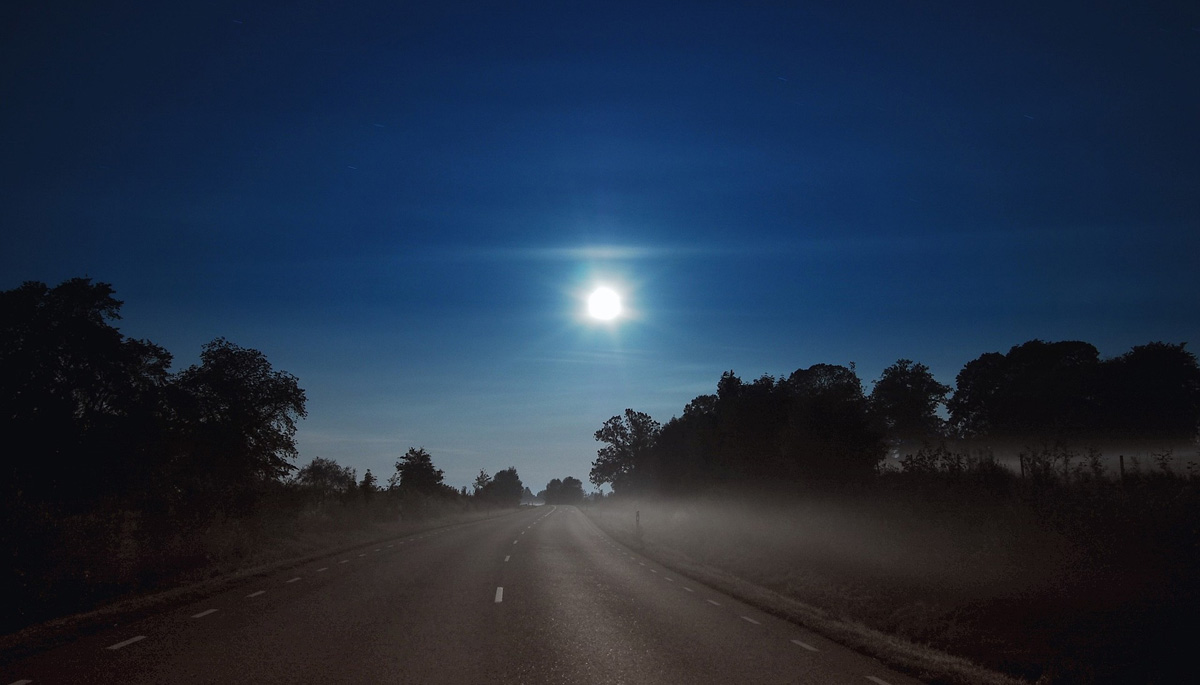 This bizarre case was uncovered in 1998 when the witness, Kevin Whelan, called-in to ITV's 'This Morning' programme to speak about his hair-raising encounter. It left such an indelible mark on then-host Richard Madeley that he has described it as the 'best ghost story of my entire career'.

As Kevin remembers it, he was driving on the A15 from Lincoln to Sleaford at around 60mph. As he approached the turn-off on his left for Ruskington, he spotted something 'floating' in front of him and assumed it was a large white bin-bag.

But Dr Gandy revealed, "when he got to where it was, all of a sudden a face appeared around the car's front pillar on the top-right of the windscreen, with the left hand up. It was Greek-looking, with dark hair and an olivey-green skin. It had a pitted face and Kevin could see its teeth."

After around 40-50 second the 'Horror' eventually 'faded into obscurity down the side of the car.' Dr Gandy added, "his wife later confirmed that he was panicking and crying when he told her about what had happened. In all their time together she had never seen him so distraught and distressed."