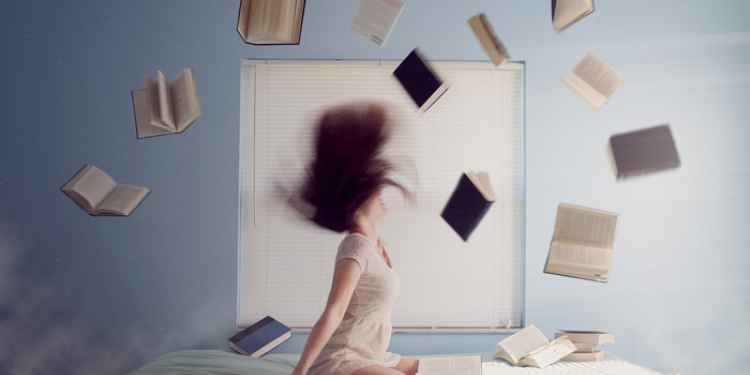 Photo: pixabay.com
Many different traditions and cultures have different beliefs of what a demon fundamentally is, but the best way to describe a demon is simply as a non-human malevolent entity.
Belief in demons has risen throughout the 20th century, even though demonic hauntings are a rare. These terrifying intelligent hauntings, sometimes called interactive hauntings, involve the presence of a supernatural being that is able to manifest or communicate in some way, this can include leaving signs, clues or moving objects. It also believed that intelligent hauntings are the cause of cold spots in rooms.
So, as you can see many of the characteristics of a demonic haunting are the same as a regular haunting and even more similar to a poltergeist haunting. However, unlike normal hauntings, demonic hauntings aren't the results of deceased human spirits or negative human energy. Demons were never human, they have never been alive and have only ever existed purely as malevolent energy, which is intent on causing suffering to those that it haunts.
Some traditions go as far as to say that demons may not even be from our plain of existence, instead believing them to be entities that have survived from a former universe, or have found a way to cross over from a parallel universe. Wherever it is they come from, demonologists tend to call it the "Infernal Realm".
Those who have reported seeing demons have usually described them as being hideous, grotesque or evil looking. They shouldn't be mistaken for evil human spirits. Just like in the world of the living, human spirits can be either good or bad, and sometimes you will encounter these bad spirits. An evil spirit is much less powerful than a demon and is still bound by some of the rules of the human universe. We'll explore how to tell the difference between and demon and a malevolent spirit in a later module.
It's said that when they manifest, demons can take any form, although usually it is a human form. They also take animal-like forms, most often a black dog. When in human form, it's said that their is almost always something not quite right about their appearance, they may have a facial disfigurement, black eyes, missing body parts, malformed limbs or cloven feet. On rare occasions, demons have been said to manifest as a hybrid, half-man and half-animal.
They almost always appear wearing black or as a dark animal, they are said to be unclean and foul smelling.
Demons are believed to be the hidden cause of all humankind's problems, including physical and mental illness, bad luck, pain and suffering. They are much more powerful than human spirits and have abilities that humans don't possess while alive or in spirit form. These abilities include a form of telepathy and telekinesis.
They use these supernatural abilities to weaken and torment their victims. Telepathy allows them to uncover a victim's fear or worries and use this knowledge against them. Telekinesis combined with demons' evil and violent tendencies allow them to move larger objects and even scratch, push or hit victims.
In whatever form a demon takes, its intentions are always the same. They aim to break down their victim's free will, and to weaken them so that they can possess and control them. As well as possessing humans, demons can also attach themselves to objects, most commonly dolls and child's toys.
Demonic hauntings which can spontaneously begin anywhere at any time and often begin slowly and non-menacing, with activity similar to any haunting, including unexplained knocks and bangs, the disturbance of electrical equipment and disembodied voices and whispers.
A demon grows in strength by feeding on the fear, depression, and sadness of their victim, as it does the paranormal activity increases. It can escalate to recurrent nightmares on a weekly or nightly basis, loud noises, growls, unpleasant smells and physical attacks on humans. They don't usually manifest early in the haunting as they don't want to reveal true nature, but as their hold on the victim grows full apparitions are witnessed.
One set of phenomenon which is exclusive to demonic hauntings is materialisation. This is when a demon can materialise substances, often of an unknown nature. This may be in the form of liquids oozing from walls, flowing from taps or appearing in puddles on the floor. Reports of these mysterious liquids range from nothing more than water, through to dark tar-like substances and even blood.
The opposite of materialisation is dematerialisation, this is when something vanishes and demons are often blamed for this too. It's said that they can dematerialise object only to have them rematerialise somewhere else or at some time in the future. The levitation of objects is also frequently associated with demons, as is objects being broken in precise and calculated ways to make it clear that there is an intelligence behind the damage and that it's not just accidental damage.
Demons are deceitful, they frequently lie and mix lies with truths to confuse their victims. They often try to trick their victims into thinking that they have left them, while it quietly waits for an opportunity to take advantage of them when they are weak and at their most vulnerable.
They also attempt deceive their victims and paranormal researchers by taking on an angelic form, or the appearance and characteristics of a child. For this reason you should always be wary of a location which is said to be haunted by the ghost of a child. Demons may also pretend to be children or loved ones when communicating via Ouija boards and other methods of spirit communication.
Tags:
paranormaldemonologyghosts