This article is more than one year old and was last updated in September 2022. 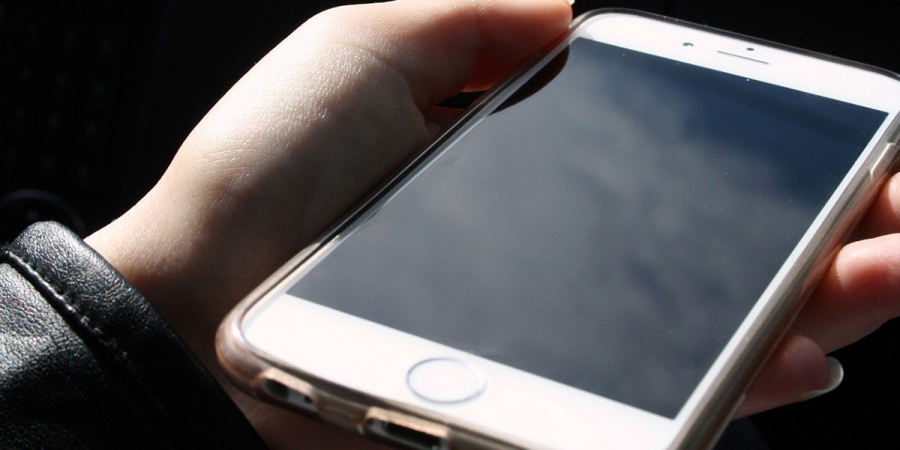 Photo: pixabay.com
There are countless ghost hunting apps that run on smartphones and tablets, which claim to use the device's array of sensors and inputs to detect or communicate with spirits, but since one of the inputs built in to your phone is a microphone, how do you know it's not just listening to you in order to fake responses?
Recently mobile phone manufacturers have made it easy to address this question. Many new mobile phones show a dot on the display to tell you when your microphone is being use by an app. On Android phones this appears in the form of a green dot in the top-right corner of your phone's display. iPhone users are presented with a similar icon. This cannot be overridden.
You'll see in most case that ghost apps aren't using your microphone. It might seem like they are, but it's actually pretty unlikely that a ghost hunting app of any kind is listening to you. First off, voice recognition technology isn't the type of thing just anyone can knock out and is probably out of reach of most paranormal app developers. Secondly, the majority of ghost hunting app don't actually request permission to use your phone's microphone.
Voice recognition services are pretty common now, we're all familiar with OK Google, Siri and Alexa. We all know our phones and other gadgets can listen to us and understand us. So it's not too much of a stretch of the imagination to come to the conclusion that a ghost hunting app is listening to you.
Imagine calling out to a spirit on a ghost hunt to ask "please can you tell us your name?" and seconds later "Fred" appears on the screen. Did the app simply listen to you? Is it paranormal or is something else going on?
Well, you can rest assured that the app probably isn't listening to you and here's why. The thing services like Alexa and Siri have in common is that they were developed by huge tech giants. Ghost hunting apps are generally created by small app teams using existing frameworks or ghost hunters with a basic knowledge of app development.
The time, abilities and resources required to develop a bespoke voice recognition app totally outweighs the amount of profit you'd get in return. If any of these developers had the skills to produce voice recognition technologies, then they probably wouldn't be satisfied with making niche ghost hunting apps.

Not All Ghost Apps Even Have Permission To Use The Microphone

So, already it's unlikely that these apps are listening to you, but if you're still not convinced then think back to when you installed the app and ran it for the first time. In order for an app to get access to your microphone it needs to explicitly ask for permission.
If you deny the app permission or if it doesn't ask at all, then there is no way the app can hear you.
We checked the permissions of over 50 of the most popular ghost hunting apps on the Google Play Store for Android - unfortunately Apple's app store doesn't show the permissions upfront.
Obviously things like ghost cameras and EVP recorders need access to your microphone, so we excluded those and just looked at the permissions for apps that generate random words. Of these apps only 30% asked for access to the phone's microphone.
Of course, just because the app has access to the microphone, it doesn't necessarily mean the app is using the mic for nefarious means. It could be that the app has some kind of audio recorder built in and genuinely needs microphone access.
When developers create an app they submit it to Apple or Google for approval before it appears on the app stores. This approval process involves describing why the app needs the permissions it asks for. This is to make sure apps aren't eavesdropping on conversations without the user knowing. So, if an app was designed to stealthily use a microphone in the background to mislead the user, it would be rejected.
If an app doesn't request permission for a certain feature, like access to the camera or microphone, then it can't access it on the device at all. Both iOS and Android are pretty secure environments, so there is really no way around this.
It's theoretically possible that some virus-like software that some how makes it past Apple or Google's approval could worm its way through and access features when it shouldn't be able to... but this is a stretch.
The truth is paranormal app developers just aren't that skilled and if they did have those sort of hacking abilities they probably wouldn't be using them to fool a handful of users into thinking that ghosts exist. If a security vulnerability like that existed, it would get shut down pretty quickly, these apps would continue to work deceitfully for years on end.
If you're still worried that your phone might be listening to you, then put it into flight mode. All voice recognition needs an internet connection to work. This is true of Apple, Google and Amazon's products too. So by turning off your data you can be sure that no app will be able to process and understand what you are saying.

Statistically It's Not As Coincidental As You'd Think

But if these apps aren't listening in on your ghost hunt, then how do they produce such fitting words?
Well, one school of thought is that the words are genuinely the result of interactions with the spirit world, but it could also just be a coincidence that the words are relevant - it's actually more statistically likely than you might initially think.
The apps' developers know the type of places that ghost hunters use these apps at and they know the type of stories that relate to these sort of places, so they make sure they have a list of words that are relatable.
Looking through one popular app's word list, it's easy to see how this works. The app is pre-loaded with just 1,200 words. They're all things like suicide, killed, poltergeist, dead - things that will work with most haunted locations.
But still, getting "incubus" come through at somewhere like the Ancient Ram Inn, which is famous for its incubus, is a bit more than coincidental isn't it? Well, let's break it down and work out the odds.
The app's words list includes "incubus" and "succubus" two of the supernatural entities that are said to haunt the famous inn in Gloucestershire. It also has the words "bar", "tap", "drink" and "beer" which could relate to the building's time as an inn.
There's the words "potter" and "pond" which could reference Potter's Pond, the part of Wotton-under-Edge where the inn stands. The old pub is said to have been built on a burial ground and the app's list includes the word "grave".
There's also words which relate to some of the rooms in the inn, such as "bishop" which could relate to the bishop's room, "witch" could relate to the witch's room, "barn" could be the mayflower barn, and of course "attic". The words "men" and "kitchen" could point to an area known as the men's kitchen.
Even the well-known former owner, John, is mentioned in the list by name. John famously kept a mummified cat in the inn, and the word "cat" is included.
So that's at least 15 words relating to the Ancient Ram Inn that feature in the list. That means with 1,200 words in the list that there is at least a 1.25% chance of a word that's presented on the screen being relatable to the Ancient Ram Inn. That's equivalent to one in 80.
And that's just words that are directly relevant. If you take into account other more generic words that might be relevant on a ghost hunt then you can probably double that to a one-in-40 chance. Words like cold, watching, ghost, spirit, demon, murder and many more.
Since many of these apps can easily spew out more than 40 words in an hour, it becomes a statistical probability that something should relate to the inn if you used the app there for an hour.
When you break it down like this and take in to account the fact that ghost hunters ignore the 99% of results they get that don't relate to the location they're investigating, you can see that it's not a huge leap to consider this to be a coincidence.
Tags:
appsghost huntingparanormalghosts