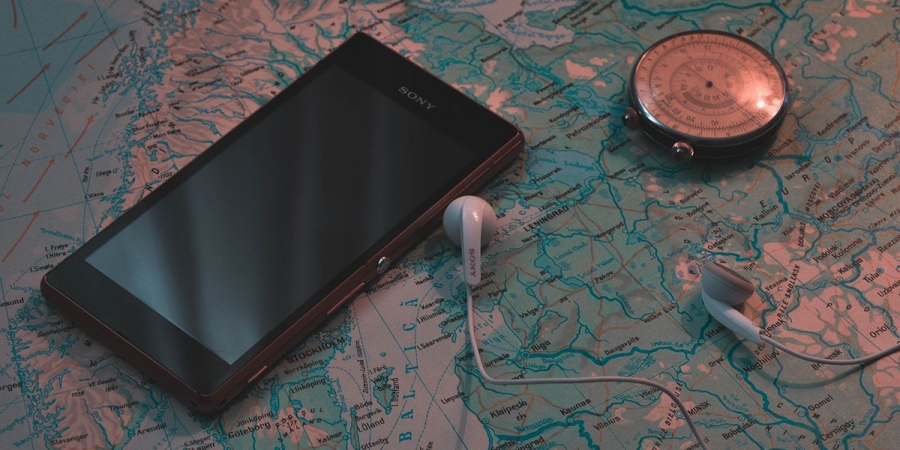 Photo: pixabay.com
You've probably seen the type of ghost hunting apps that run on smartphones and tablets that spew out random words. While most of these words are random, some seem more than coincidental and eerily relevant to the haunted location where the app is being used, which begs the question... are we being fooled by GPS?
Probably not, because to tag countless locations with relevant words in this way would be massively challenging, time consuming and costly. Plus of all the top ghost hunting apps available on the app stores, pretty much none ask for permission to use your device's location. Without obtaining this permission that app simply cannot know where you are.
Location data provided by the global positioning satellite system is just one of a handful of location services that your phone uses to work out where you are and what you are near, this is essential for many apps, not to mention things like Google Maps.
These location services are available to any app developer, so if you're skeptical about the operation of ghost hunting apps, then it doesn't seem like too much of a stretch to imagine some nefarious app developer secretly using location data to make their ghost hunting app seem more real.
The principle at first glance seems pretty simple... find the user's location and then pop up words which are relevant to that location. So for example if you were at 30 East Drive in Pontefract you might pre-program the app to say "monk" in reference to the haunted house's famous black monk.

The theory that apps used geotagged words just isn't realistic. This would be a massive geotagging project, the likes of which not even Google have done with their maps. Not only would you need to obtain the GPS coordinates of every haunted place in the world, you'd also need to tag relevant words to that location.
But it doesn't stop there. These apps also give relevant words at locations that aren't known to be haunted. We see paranormal teams getting fitting responses in local woodlands, cemeteries or abandoned industrial buildings all the time, so actually this database would have to include more than just haunted locations.
To put that into perspective, over 1.2 million companies worldwide have added their business to Google Maps. So those businesses, plus local landmarks and abandoned haunted locations.
This would be a lot of data, too much to store on your phone. But if all these paranormal app developers had independently created their own ghostly data tagged map then it would have to live online and the app would need to make requests to this cloud-based service in order to have relevant words returned. This would mean that the app wouldn't be able to spew out meaningful responses in locations where there is no phone service, or if your device is in flight mode.
So, if you suspect an app is using GPS to return false results, simply turn off your phone's data services before you arrive at a location. You can also check the app's data usage in the app settings pages on both Apple and Android devices, this should give you an indication of whether the app is doing anything it shouldn't be doing in the background.

Ghost Apps Generally Don't Have Permission To Use GPS

However, the nail in the coffin for this theory is that all the ghost hunting apps don't generally ask for permission to use your device's location data. Without making this request when the app is installed, there is no way it can know where you are.
We checked the permissions of over 50 of the most popular ghost hunting apps on the Google Play Store for Android - unfortunately Apple's app store doesn't show the permissions upfront. Apart from things like Haunted Maps and Paranormal Map which clearly need to know your precise location, we found just four apps that ask for permission to access your location.
Furthermore, none of these four apps were random word generators, they were all camera, audio recording or augmented reality apps that seem to use your location to tag recordings and videos captured.
When developers create an app they submit it to Apple or Google for approval before it appears on the app stores. This approval process involves describing why the app needs the permissions it asks for. This is to make sure apps aren't tracking people's locations or eavesdropping on conversations without the user knowing. So, if an app was designed to stealthily use location services in the background to mislead the user, it would be rejected.
If an app doesn't request permission for a certain feature, like location services, then it can't access it on the device at all. Both iOS and Android are pretty secure environments, so there is really no way around this.
It's theoretically possible that some virus-like software that some how makes it past Apple or Google's approval could worm its way through and access location services when it shouldn't be able to... but this is a stretch.
The truth is paranormal app developers just aren't that skilled and if they did have those sort of hacking abilities they probably wouldn't be using them to fool a handful of users into thinking that ghosts exist. If a security vulnerability like that existed, it would get shut down pretty quickly and the app would be removed from the app store.

Statistically It's Not As Coincidental As You'd Think

But if these apps aren't using GPS data, then how do they produce such fitting words?
Well, one school of thought is that the words are genuinely the result of interactions with the spirit world, but it could also just be a coincidence that the words are relevant - it's actually more statistically likely than you might initially think.
The apps' developers know the type of places that ghost hunters use these apps at and they know the type of stories that relate to these sort of places, so they make sure they have a list of words that are relatable.
Looking through one popular app's word list, it's easy to see how this works. The app is pre-loaded with just 1,200 words. They're all things like portal, Satan, knife, gun, shot - things that will work with most haunted locations.
But still, getting "monk" come through at East Drive is a bit more than coincidental isn't it? Well, let's break it down and work out the odds.
The app's words list includes "black", "monk" and "poltergeist", which of course could relate to the house's most famous spook. It also has the words "father", "priest" and "Michael" which could relate to Father Micheal, which was allegedly the name of the Black Monk in life. He was said to have murdered a girl and for his crimes he was executed and thrown down a well. The list includes "murder", "girl" and "well".
The name Fred is also included in the list, another name linked with the haunting, and even the well-known next door neighbour, Carol, is mentioned in the list by name. Plus there's the word "house" itself, as well as "thirty", "east" and "drive".
So that's at least 15 words relating to 30 East Drive that feature in the list. That means with 1,200 words in the list that there is a 1.25% chance of a word that's presented on the screen being relatable to 30 East Drive. That's equivalent to one in 80.
And that's just words that are directly relevant. If you take into account other more generic words that might be relevant on a ghost hunt then you can probably double that to a one-in-40 chance. Words like cold, watching, ghost, spirit, demon, burial and many more.
Since many of these apps can easily spew out more than 40 words in an hour, it becomes a statistical probability that something should relate to 30 East Drive if you used the app there for an hour.
When you break it down like this and take in to account the fact that ghost hunters ignore the 99% of results they get that don't relate to the location they're investigating, you can see that it's not a huge leap to consider this to be a coincidence.
Tags:
appsghost huntingparanormalghosts