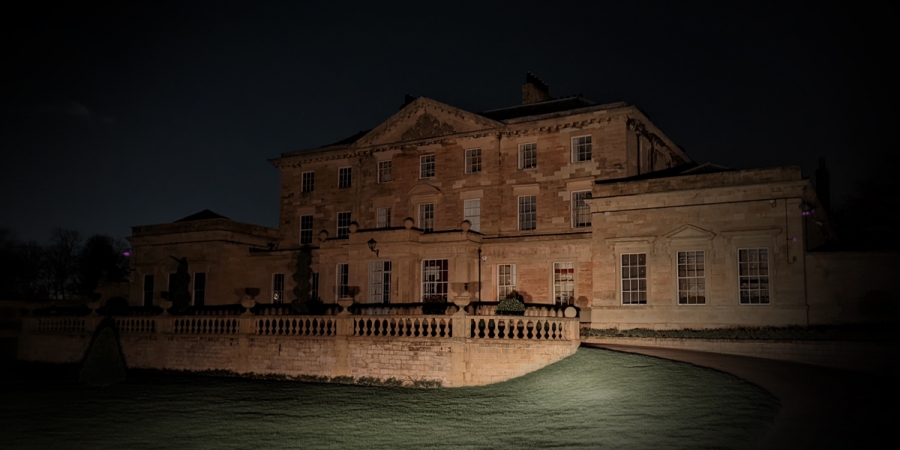 A Grade II listed hall in South Yorkshire baffled ghost hunters when unexplained knocks seemed to tap out the answers to their questions.
The strange incident occurred at Hickleton Hall, a Georgian stately home situated in a picturesque village near Doncaster and was witnessed by a group of ghost hunters. The paranormal event was hosted by Most Haunted Experience (MHE), a spin-off of the long-running television series, which gives viewers the chance to hunt ghosts with the stars of 'Most Haunted'.
At one point in the night, I found myself on the freezing cold second floor of the hall, which is now in pretty poor condition having been neglected since it closed in 2012 having served as a care home for more than 50 years.
We were joined by 'Most Haunted' cast members Karl Beattie and Stuart Torevell in the bare room, with nothing more than an exposed wooden floor and a crumbling fireplace.
There was something odd about this environment, we heard knocks. But these weren't just the floorboards creaking or wooden beams expanding and contracting, these mysterious tapping sounds appeared to be answering our questions. This started out by guests encouraging any spirits that might be present to communicate with one knock to indicate "no" and two knocks for "yes". 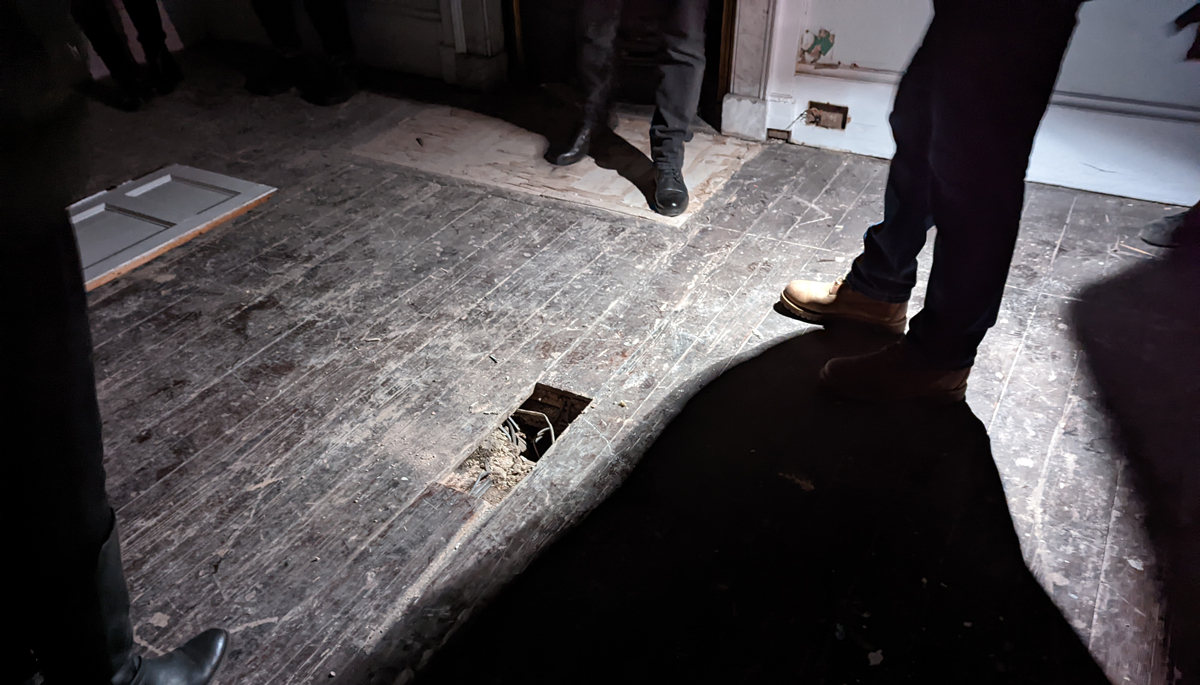 Some of the guests wondered if these might just be natural knocking sounds, so to test this possibility Karl held up three fingers and asked, "how many fingers am I holding up," three very clear knocks responded. This was replicated several times, then one guest put his hand behind his back and called out "how many fingers am I holding up now?" The eerie knocking counted out four, which was once again correct.
Another guest asked "can you tap out how many people there are in this room please?" and the taps correctly knocked 18 times. This continued with the unseen force mimicking specific patterns of knocks that the guests and team stamped out on the floor.
It was very hard to place where the rapping was coming from, at times it sounded like the floor in front of us, other times it sounded like it was embedded in the solid stone walls and at times the knocks seemed to take on the rhythm of footsteps and could be heard to walk amongst us, getting louder and softer as if approaching and moving away.
One of the team even tried calling out "do not copy this," before rapping out a series of knocks on a wall, and on this occasion the phantom knocks didn't echo back as requested.
This went on for about 20 minutes as guests tried to work out where the taps were coming from and how they could be answering their questions. Eventually there was a series of footstep-like knocks that got more and more faint, as if something was walking away and then we were left in silence.
Karl told guests, "we don't know what it is," and speculated that it could even be our own energy causing these strange bangs. He said, "is it an actual spirit of a dead person doing it, yes because it's copying us it's obviously interactive, but sometimes when you just hear the sound of someone walking it could just be the residual energy of the building replaying." 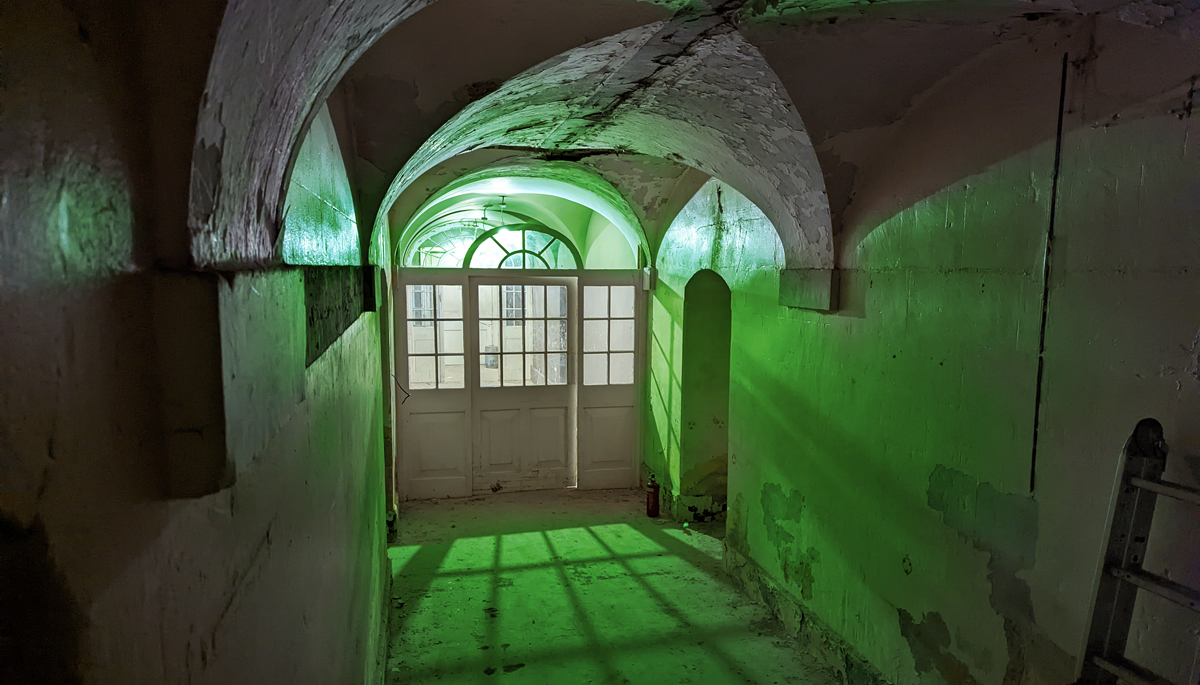 As well as most recently being used as a care home, Hickleton Hall has been a family home, a girls' school and during the Second World War it was used as the headquarters of a historic division of the army.
The house neighbours St. Wilfrid's Church, where in the churchyard, paranormal investigators famously captured the ghostly figure of a naked man on camera in 2020. The hall itself is also said to be very haunted.
There's stories of a phantom horse and carriage driving up the gravel driveway, visitors have reported being aware of an unnerving presence, and a ghostly figure of a lady has been seen looking down from an upstairs window. Staff working at the hall during its time as a care home say they've heard the disembodied laughter of children, as well as children singing nursery rhymes and the sound of kids playing in empty rooms.
It's an atmospheric building, perhaps in part due to its current state of disrepair as renovation work is being carried out to convert the house into a wedding venue. This means the rooms are currently stripped bare, there's no lights, and the echoey and lifeless empty rooms are unsettling.
The spooky vibe was added to by a room full of mannequins, quite why they are there wasn't clear, but they sure to give you a scare when walking into that room by torchlight. 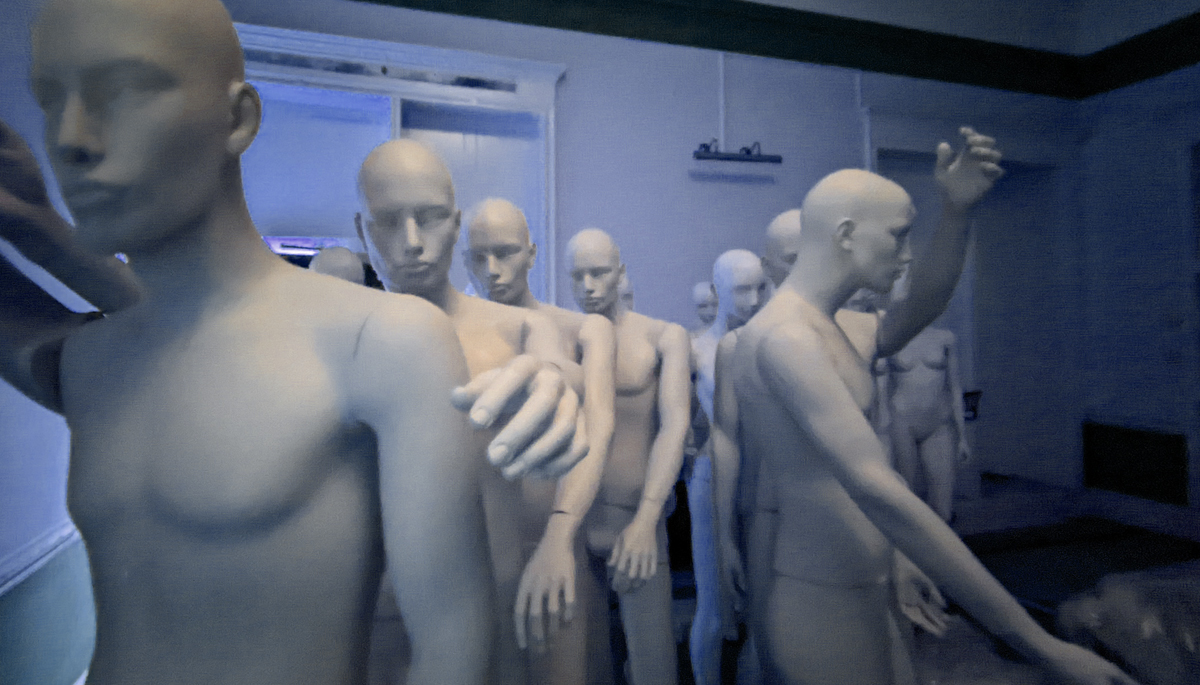 The rest of the night at Hickleton Hall was also fairly active. During our time investigating across the hall's four floors we experienced lots of strange sounds including some very clear whistles that seemed to respond to and copy us. A very clear and loud breathy sigh was heard and some guests picked up on some strange and extreme temperature fluctuations.
My night at Hickleton Hall was one of my most interesting ghost hunts, I left with a lot to think about and some impossible questions to answer. As a skeptic, being able to label something as "unexplained" is the sign of a good night, and the knocks I heard on the second floor were certainly unexplained.
Thanks to all the MHE team for hosting us, and for all the other guests for being good sports and making it such a fun night. If you'd like to book your own ghost hunt with Most Haunted Experience at Hickleton Hall, you can find more information at mosthauntedexperience.com.
Tags:
ghost huntsmost hauntedmost haunted experienceparanormal