Can Ghosts Catch Coronavirus & How Does The Virus Affect Paranormal Activity? 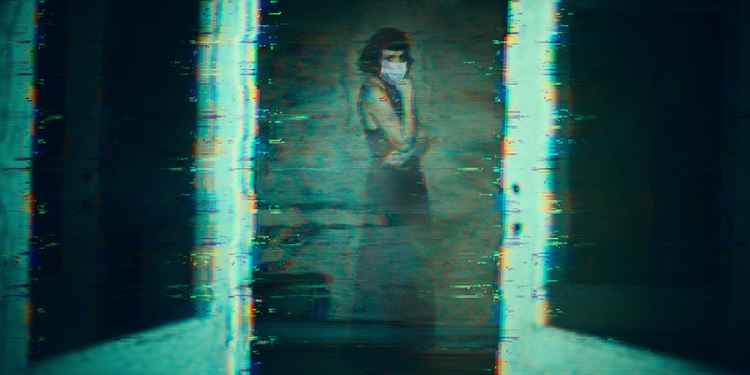 Major cities around the world have become ghost towns as a result of the global coronavirus lockdown, but what about the ghosts that haunt those cities? How are they handling the lockdown?
Since the beginning of the pandemic, the virus has impacted on every aspect of our lives, and for those of us who normally spend our weekends roaming around empty buildings in the dark looking for ghosts, we've had to temporarily suspend our hobby.
Due to its massive impact on the paranormal world, we've been asked countless times since the COVID-19 crisis started if ghosts can contract the novel virus, and if they can spread it? It may sound like a silly question and more often than not it was asked tongue-in-cheek.
Here at Higgypop HQ we know there's no such thing as a stupid question, as almost always what at first seems like a trivial query can actually lead to a pretty interesting discussion.

It's pretty obvious that a respiratory tract infection can't be caught by a supernatural entity. Ghosts don't have physical bodies, they're not biologically capable of contracting an illness and since they don't have a physical form they're not able to transfer droplets from the bodily fluids of people with the disease between other people or surfaces.
However, ghosts might be being affected by the virus in an indirect way. Many paranormal investigators suspect that spirits feed on the energy of the living and that the amount of paranormal activity experienced at a haunted location depends on the number of people present and their energy levels.
It's not uncommon for paranormal investigators to report feeling extremely drained, fatigued and irritable after an investigation - it's known as a paranormal hangover. They can sometimes last for just a few hours, but sometimes can affect you for a whole day or more. Those who suffer from paranormal hangovers attribute it to the spirits at the ghost hunt using their energy to fuel paranormal activity.
Haunted locations get a constant flow of energy from ghost hunters visiting them, something which was been halted due to coronavirus.
The two biggest paranormal events companies in the UK were welcoming on average around 300 guests to their events each weekend before the lockdown came into effect, and there are at least 10 similar sized companies running events in the UK, and double the amount of smaller companies. So, even a conservative estimate would mean that at least 1,500 people were attending public ghost hunting events each weekend in the UK alone.
The average ghost hunting event can see between six and 40 guests visit a location on two or three nights of the week. Now all of a sudden that steady flow of energy has gone and this could a last effect on hauntings.
The apparitions of cavaliers, World War II soldiers and monks are commonly reported, but sightings of the ghosts of cavemen, neanderthals and other early hominids are unheard of. Could this be because their residual energy is lost over time leaving only the more recently deceased spirits to roam? If this is true then we might return to some of out favourite haunted locations to find that their resident spirits have simply faded away due to a lack of energy from visitors to sustain them.
Of course, this is just a theory and it's also just as plausible that the coronavirus outbreak could result in an increase in paranormal activity when we return to these locations.

Could Coronavirus Cause A Spike In Paranormal Activity?

Many paranormal investigators believe that supernatural entities feed off of fear, and the greater the fear, the more active spirits become. During this unprecedented time there is a heightened level of fear in the general population, which could actually be fuelling spiritual entities.
Television ghost hunter, Zak Bagans, has been filming whilst observing social distancing guidelines during the lockdown. He thinks that the uncertainty in the world could be powering the paranormal. Talking about his new mini-series, 'Ghost Adventures: Quarantine', Zak said "fear gives entities power, and fear is now permeating our society on a scale we haven't experienced before. We are witnessing the amount of spirit activity greatly increase and we need to understand how this unprecedented situation affects things on a supernatural level."
The four hour-long episodes were filmed at Zak's own haunted museum in Las Vegas, a popular paranormal attraction which has been forced to close its doors during the outbreak. With no visitors to the museum in weeks due to its temporary closure, Zak and his team  are the first people in weeks to stir the paranormal forces in the building. Could this actually make these spirits more potent?
This possibility was discussed during the Paranormal Day Paracon, a 12-hour-long online paranormal convention which took place at the beginning of May. The event's organiser, Courtney Mroch, interviewed Richard Estep, author and star of 'Haunted Hospitals' and 'Paranormal 911'.
Richard doesn't think that the lockdown means that ghosts are simply going to run out of energy and vanish without the living around to fuel them. Speaking on a live stream as part of the virtual event, he said "it kind of reminds me of when farmers leave a field fallow. They won't plant crops in them for a year or two to allow the soil to get more mineral rich again - almost to allow it to recover. I kind of think some of these haunted locations may do the same thing."
Richard, who is also known as the "haunted hospitals guy" and works full time as a paramedic, told Courtney that "the ghosts are getting a well-deserved break from the living, which I think a few of them will enjoy, but I also suspect that when the floodgates open again and we start going back to these haunted places we'll see some of them are more active than ever before."
The author likened the lockdown to a paranormal experiment, the likes of which we've never seen before. He said, "this is really a huge experiment. This has not happened before. In my knowledge, I don't know of any cases in which all paranormal investigations and visits have pretty much stopped." He added, "I'm really interested in seeing what members of the paranormal research community will report once they do start going back after a few months away."

Will Ghost Hunters Encounter The Spirits Of Coronavirus Victims?

There's one final thing to consider. Could COVID-19 result in more hauntings going forward? Sadly, the virus has already been the cause of death of more than three and a half million people worldwide at the time of writing this article. Does this mean paranormal investigators could encounter the spirts of coronavirus victims in the future?
It should be remembered that the vast majority of coronavirus deaths occur in hospital, and in the case of the UK, care homes. Countless numbers of patients have died in hospitals and homes of varying causes over the years. If you believe that people haunt the place they die, then this would make hospitals incredibly haunted locations. However, this doesn't generally seem to be the case. It's more likely someone will return in spirit form to their own home, a place they loved or some other significant place. So, the virus is unlikely to have a huge impact on the type of locations where ghost hunts take place.
Looking at other historic pandemics and their effect on the paranormal world, we find that ghosts of plague victims are common across Great Britain and around the world. Most famously the ghosts that haunt the sinister Poveglia Island, a small island located between Venice and Lido in the Venetian Lagoon, northern Italy. The island was used for many years as a quarantine station for those suffering with the plague and other diseases.
The very haunted Mary King's Close in Edinburgh is also said to be haunted by the ghost of victims of the Black Death. In an attempt to stem the spread of the disease, city officials quarantined Mary King's Close, and although victims of the plague were cared for, many died in their homes.
Annie's Room is said to be the most haunted part of the close, as well as cold spots, phantom voices and dark shadows, the spirit of a little girl has been seen wandering endlessly, trying to find her mother, who apparently left her to die during the plague. She's been seen so many times that guests to the close, which is now a popular tourist attraction, leave her toys to play with.
The Cage in Essex, a 16th century witches prison in the village of St. Osyth, is also said to have been used at one time to quarantine bubonic plague victims, many of whom allegedly died in the house. Since then The Cage has been a private dwelling with many of its past residents reporting paranormal activity.
It's estimated that here in the UK over three million people died of the Black Death. While that figure is close to the global death toll of COVID-19, thankfully it is factors of magnitude higher than the current UK count. Hopefully, by the time this crisis comes to an end that number won't have dramatically increased, meaning the chances of running into the ghost of a COVID-19 victim will be no more likely than any other cause of death. Especially when you consider the same number of people have died in car accidents in the last 20 years as they have so far due to the virus.
The other thing that might stop us seeing the ghosts of recently deceased pandemic victims is something that has been summed up perfectly by a popular meme that reads: "how come when a house is haunted, it's always a ghost from the 1800s? Imagine a ghost from 2007 screaming 'it's Britney bitch!' at 3am."
We don't tend to hear many reports about modern ghosts. There's no real understanding or firm beliefs on why this might be, but it could be due to the fact that historically people have died in more traumatic and harrowing ways such as war, or victims of unsolved murders with unfinished business - today modern forensics and investigation methods mean fewer murders go unsolved.
Only time will tell what impact this pandemic will have on not just the paranormal world, but also our lives and the way we interact with or friends, family, and fellow ghost hunters in future.