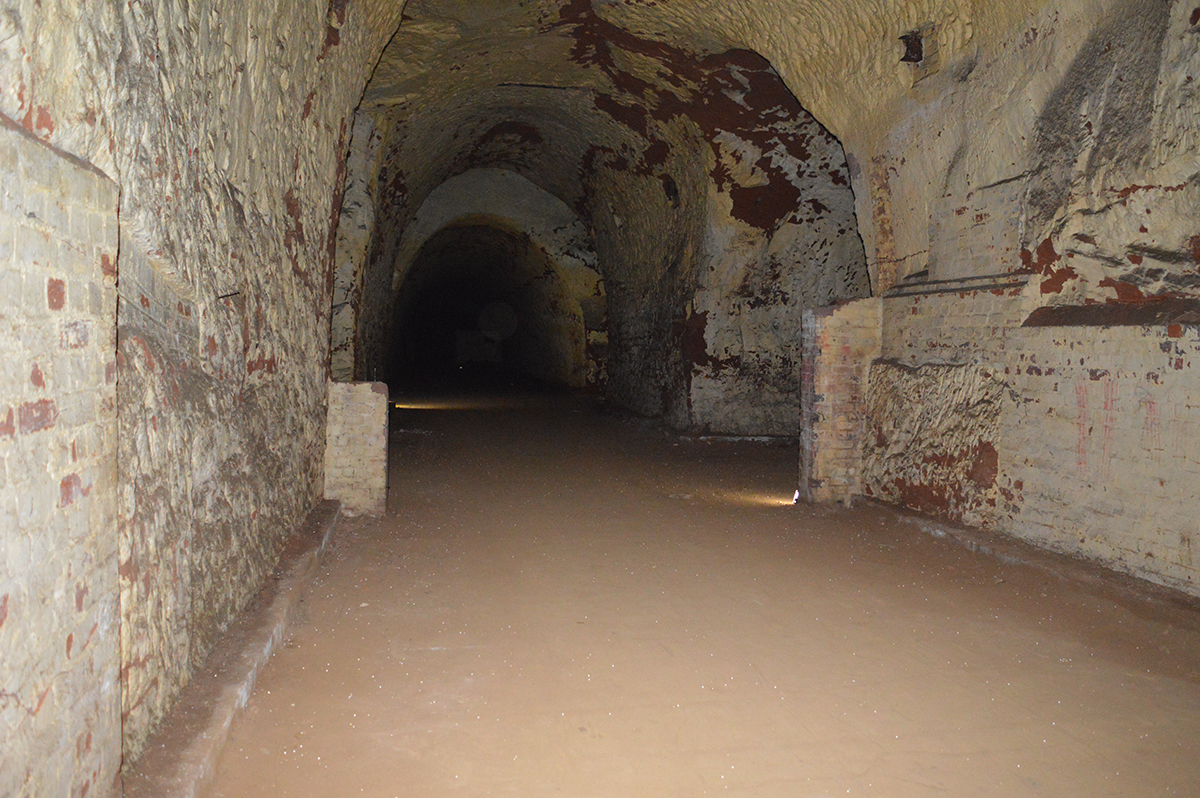 Just as there seemed to be light at the end of the tunnel and hope that ghost hunting events would be able to return soon, this week we learnt that one location will not be re-opening to guests.
Drakelow Tunnels near Kidderminster was once a top secret underground aircraft factory and later in life a nuclear bunker, but for the last few years it's become a popular paranormal hotspot where countless public ghost hunting events are hosted each year.
The sad news came on Monday that the abandoned labyrinthine tunnels will not re-open to ghost hunters. The owners originally said that this was due to the "crippling knock-on effects" of the ongoing COVID-19 pandemic. In an email sent to paranormal events companies, a representative for the tunnels said "it is with regret that we have to inform you, that due to COVID-19 and its crippling knock-on effects, we have been left with no option but to cease trading."
However, it emerged over the next 24 hours that the changes to access was down a recently approved planning application to convert the tunnels into a huge bonded wine store, with an attached museum to preserve some of the site's important history.
This means that not only will organised public ghost hunts be halted at the location, but also private team-based investigations and other activities, such as open days, airsoft matches and historical tours.
Events companies affected by the news include Spooktacular Ghost Hunting Events, Haunted Happenings and Most Haunted Experience. If you have a night at the tunnels booked with any of these or other companies then you are sure to be contacted about a refund or replacement event in due course.
The paranormal world has reacted in sadness to the news, as the location is highly regarded as an active one, known for unexplained activity including light anomalies, shadow figures and objects being thrown.
Earlier this year plans to convert the former underground shadow factory into a secure wine storage facility creating 40 full-time jobs in the area were approved after initially being refused by Wyre Forest District Council.
After an appeal process, London City Bond have been granted permission to use 26,000 square meters of the site for the storage of wine and other alcoholic drinks. As well as providing office space in the form of portacabins, and provision car parking.
The work will also include new fences, gates and security around the site, and the refurbishment of an existing metal structure to provide a reception canopy. Work will also be carried out to provide an adequate habitat for bats roosting in the tunnels.
The good news is that a caveat of the planning consent is that part of the tunnels are retained as an area for a museum to function during its lease.
This means that an area of around 1,700 square meters will be open to the public for at least the next 25 years. Work has already started to move various important items scattered around the tunnels into this new allocated museum area.
A post on the venue's Facebook confirmed these changes and aimed to reassure interested parties that this is not the end of Drakelow Tunnels.
It read "we have guided thousands of people round the tunnels over the last decade, bringing you further inside than ever before, giving you the freedom to wander on your own, taking pictures and exploring our underworld. We took you back in time, teaching young and old about our history and we have welcomed back those that once worked here. Our volunteers have put in thousands of hours to renovate the tunnels, we will be continuing to do so in the future and when restrictions are lifted we will start to accept new volunteers if you would like to join us in the renovations. This is not the end to Drakelow’s history, just a new chapter."

The huge factory was constructed 90 meters underground, which means it is completely cut off from the outside world and the 3.5 miles of interconnecting tunnels are constantly in total darkness with no way for natural light to penetrate the subterranean complex. The location currently ranks at number four in our list of the 100 most haunted places in the UK.
Visitors to Drakelow have reported hearing strange noises, screaming and cries, and disembodied voices while wandering in the darkness. There's also been reports of poltergeist activity and countless sightings of strange light anomalies and even full apparitions. Could these be the spirits of three men who, according to local newspaper reports, were killed during the construction of the tunnels in the 1940s by a roof fall? Or perhaps the ghost of one of the factory workers who lost their lives underground after being hit by trucks or while riding conveyor belts.
Even the site's owner, Sid Robinson, won't set foot in the tunnels alone after experiencing how bad the hauntings can get. While working alone on a ladder one day, he says he was pushed and fell, breaking his leg in three places as he landed.
Sid describes the demon who haunts the tunnels as a half man, half dog-like creature and says people have felt it brushing past their legs in the darkness. Could this be the "demonic guardian" that is supposed to protect the hundreds of bodies believed to be buried on the site of an ancient hill fort that the tunnels were built underneath?

How Well Do You Know Drakelow Tunnels?