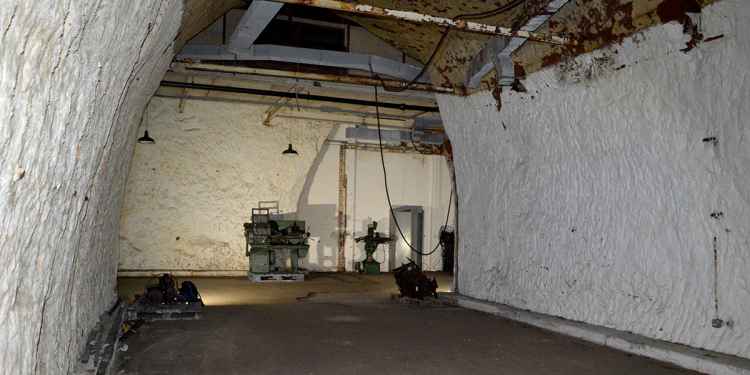 Drakelow has previously played host to Yvette Fielding and her team in a 2014 episode of 'Most Haunted,' and it's no surprise they picked the tunnels as a venue when you learn about the location's gruesome past.
According to newspaper reports at the time, at least three men were killed by a roof fall while digging out the tunnels in the 1940s, there are reports since of factory workers being killed underground after being hit by trucks and while riding conveyor belts.
Modern-day visitors who dare to wander through the darkness have reported hearing strange noises, screaming and cries, and disembodied voices. Many have even reported more violent poltergeist activity in the tunnels and have said they've felt something push past them as they make their way through the vast underground maze. Are these visitors experiencing the spirits of those who lost their lives underground or something much more sinister?
The tunnels are believed to have been built under an ancient hill fort which had its own graveyard where hundreds of bodies were buried. During the tunnelling the dead were disturbed and as a result a "demon guardian" of the burial ground is said to take a disliking to anyone who enters the tunnels.
This could account for sightings of a dark shadowy figure which has been seen by visitors. Airsoft participants have pursued fellow players in the darkness, only to turn a corner and find themselves faced with a dead end and no figure anywhere to be seen.
Even the site's owner, Sid Robinson, won't set foot in the tunnels alone after experiencing how bad the hauntings can get. While working alone on a ladder one day, he says he was pushed and fell, breaking his leg in three places as he landed.
Sid describes the demon who haunts the tunnels as a half man, half dog-like creature and says people have felt it brushing past their legs in the darkness.

October 09, 2014Most Haunted At Drakelow Tunnels