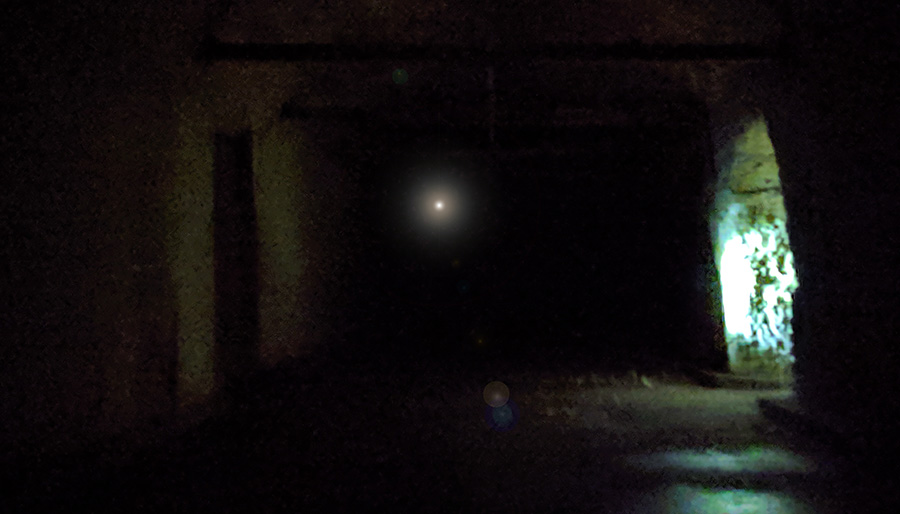 Drakelow Tunnels near Kidderminster was once a top secret underground aircraft factory and later in life a nuclear bunker, today it's become a popular paranormal hotspot where reports of odd lights have become common place.
Most ghost hunters that spends the night within the abandoned labyrinthine tunnels will probably use two words to describe it: big and dark.
The huge factory was constructed 90 meters underground, which means it is completely cut off from the outside and the 3.5 miles of interconnecting tunnels are constantly in total darkness with no way for natural light to penetrate the subterranean complex.
However, countless ghost hunters have reported odd and unnatural light sources in the tunnels, and even ghostly apparitions visible only due to the light from the phantom lamps they're seen holding. Some think that these lights could be caused by the ghostly flashlight of a security guard who's said to patrol the tunnels from beyond the grave with his dog.
Most people who witness these ghostly illuminations report seeing a light at the end of a tunnel they're stood in, but when they go to investigate they find no obvious source of light.
I actually experienced this during my first visit to the tunnels as part of a public ghost hunting event. At the time I was joining in with some table tipping with other guests near the old kitchen area. Suddenly we were interrupted by a flash of light coming from around the corner... and then again.
We ran round to where the light had come from, the eastern end of 'tunnel four' - one of four main parallel tunnels running through the underground space. Now looking in the direction where the light had come from, there was only about 20 meters of tunnel ahead of us, which was once again pitch black. There couldn't have been anyone in this 20 meter stretch with a torch because there are no offshoots or anywhere for them to go.
After several more flashes and a little bit of investigation the source of the mysterious light remained unsolved. 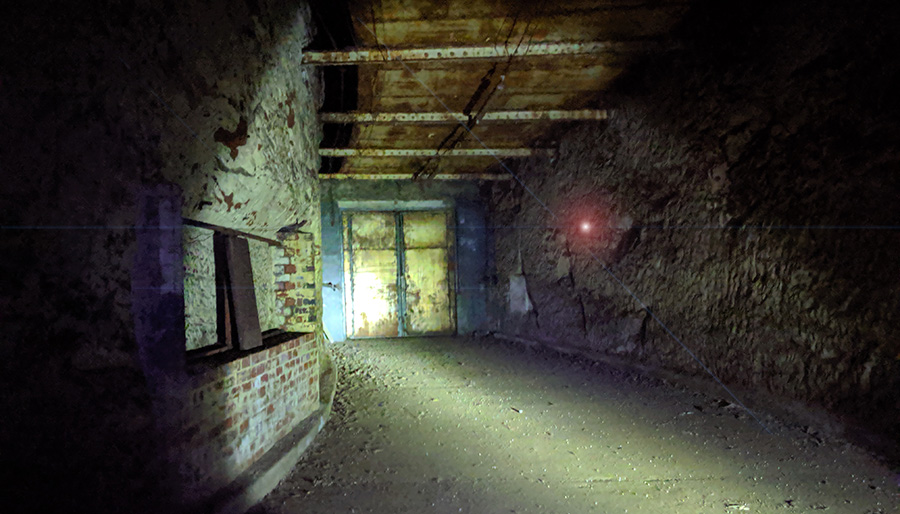 The problem with an underground space like Drakelow is that it has lots of long, straight tunnels and it surprising how far torch light can travel through these spaces, and erratically and unpredictably bounce off of the many whitewashed walls.
In total darkness a light that appears to be coming from around a corner could actually be reflecting around two or maybe even more corners. This means that when the eye witness runs around the corner to try to find the source of the light they find no one there, because a person with a torch is actually down a smaller tunnel around another corner.
This could have explained the lights I'd seen on my first visit. It's possible that a light could have been shining from the west of our location and lighting up the eastern end of the tunnel in an unexpected way.
However on my last visit I witnessed something that couldn't be explained by light unpredictably bouncing around the tunnels. Once again the incident happened in tunnel four. This time we were in the main tunnel looking along its length to the west in total darkness.
We were looking towards the end of the tunnel because we'd just seen the pure white glow of torches moving around at the end of the tunnel where the other team was. We knew it was torch light because we could see the torches and people moving around. A few moments later the other team had cleared away and their torch light had gone, and then I we saw tiny pinpoints of light.
The tiny prick of light was bluish in colour and was like a star in the night sky blinking into existence before instantly vanishing again. I witnessed this three or four times, each time in the same general direction but in different positions.
The only thing I can think of that might have caused it is if there was a piece of glass or something highly reflective that might have momentarily reflected a torch down a perpendicular tunnel. This would mean I could have been looking at a mirror which was up to half a mile away from me and was seeing a torch reflected which could have been another half a mile from the mirror - so effectively a torch which was a mile in the distance, which might explain the dot of light's size.
Although this is a possible explanation, the light didn't appear to be the colour of torch light and it appeared in the same manner from at least three different points in the tunnel. It would be hard to prove or disprove this as there would be around half a mile of tunnel to search looking for the potential reflective surface that caused it, because the light was so small it was hard to tell how far down the tunnel it was coming from. 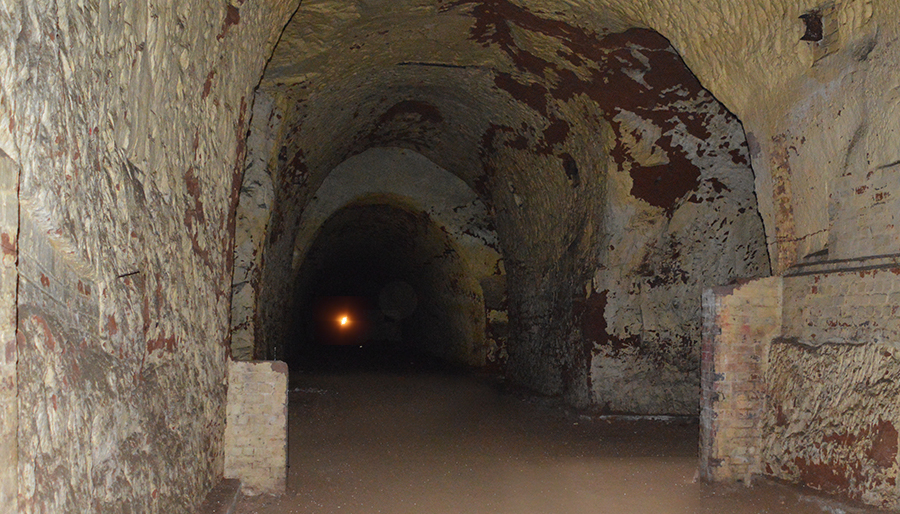 Another interesting incident that happened recently at Drakelow Tunnels involved several witnesses who were on an event at the location with the paranormal events company, Most Haunted Experience. At least three of the guests and one of the company's team members reported seeing a full body apparition with a torch.
The group were convinced that the silhouette of a human form carrying a torch that they saw come towards them from the tunnel was not a living person.
Like most occurrences at Drakelow, the incident started in the form of unexplained lights. The gang saw what they described as a "fuzzy white light" creeping up the walls of the tunnel towards them. The light disappeared several times before slowly returning.
This continued for a while and then seemed to die down, but then moments later the lights returned, this time brighter than before.
Then they saw what they described as an apparition, or at least the silhouette of an apparition. While stood in complete darkness, the light began to creep back into the tunnel, but started to become more defined and with the type of warm glow you'd associate with an older style torch. The light then moved towards them along the length of tunnel and as it got nearer the ghost hunters were able to make out the full silhouette of a person against holding the light.
What makes this report even more curious is that the figure was seen walking towards the tunnels' old pedestrian entrance, which is now blocked off and therefore a dead end. The figure wasn't seen to return and when the team ran down to check the passageway, they found it to be empty.
If you've experienced any strange light anomalies in the tunnels, then let us know in the comments below.
Tags:
paranormalworcestershireundergrounddrakelow tunnels