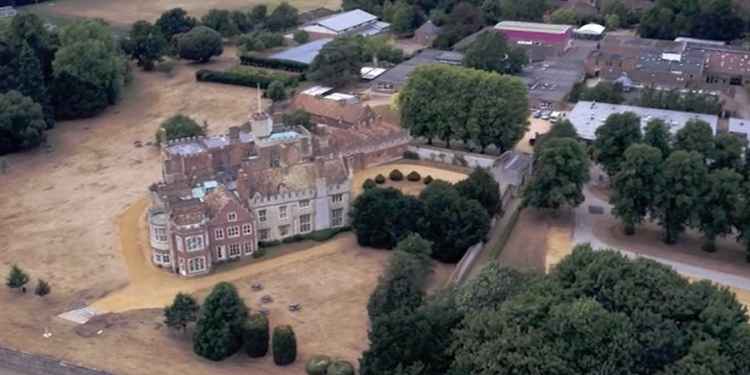 A historic house in Cambridgeshire with its routes in the 11th century, that was ravaged by a serious fire in 1830. The house has played host to British kings, queens and nobles for hundreds of years. The earliest known building on the site was the Norman church in the 12th century, by the 13th century it was a priory for benedictines nuns.

The home was converted into a school in the 1970s. During renovations, a worked awoke to an apparition of a monk standing over him. Students and staff claim to have seen phantom apparitions in the library and heard disembodied footsteps throughout the building.

By the early 20th century, reports of paranormal activity began to surface at the house. Shortly after the first war, a woman reported seeing apparitions of nuns on the grand staircase. In the 1940s a younger soldier encountered a ghostly lady in white on the grounds.

There's even two skeletons under the floor in part of the building, still visible today via a trapdoor. The skeletons are those of a nun and her illicit lover, who were murdered for their affair.