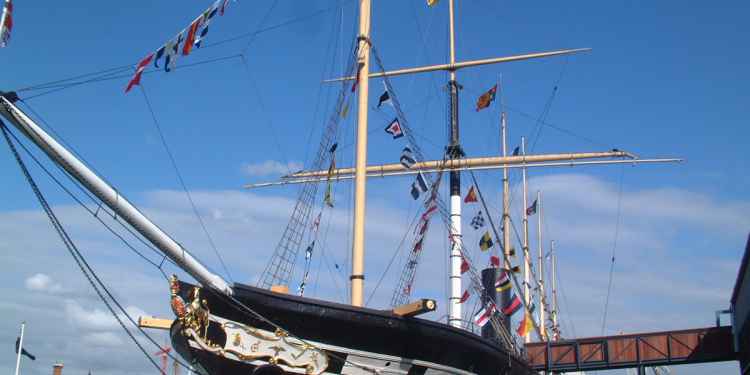 When the SS Great Britain first set sail in 1845, she was the most most advanced and longest steamship in the world, a testament to Bristol's naval engineering past. The grand passenger ship was designed by Isambard Kingdom Brunel and was operated by the Great Western Steamship Company.

Today the ship is a museum and one of the city's most popular tourist attractions, but during its 41 years of service it spent its time shipping passengers between Bristol and New York. The crossing of the Atlantic usually took around 14 days, so with all this time at sea, it’s no surprise that the iconic ship has plenty of paranormal stories to tell.

The Great Britain's most re-told haunting is that of Captain John Grey, who vanished one night after falling ill during a voyage. He was never to be seen again, some say it was suicide, while others claim he was murdered for all the gold stowed away in his cabin.

Since then passengers have reportedly hear the heavy foot step of his hobnail boots as he walks across the deck, accompanied by sights and sounds of doors opening and closing and even a self-playing piano.

Captain Grey isn't the only ghost to tread the planks on this famous ship, others include that of Mrs Cohen, who tragically and mysteriously died aboard the ship a few short weeks after her wedding and the ghost of a young sailor who reportedly fell from the rigging.

Yvette Fielding and the Most Haunted team described the SS Great Britain as one of the top five most haunted places they've ever visited.