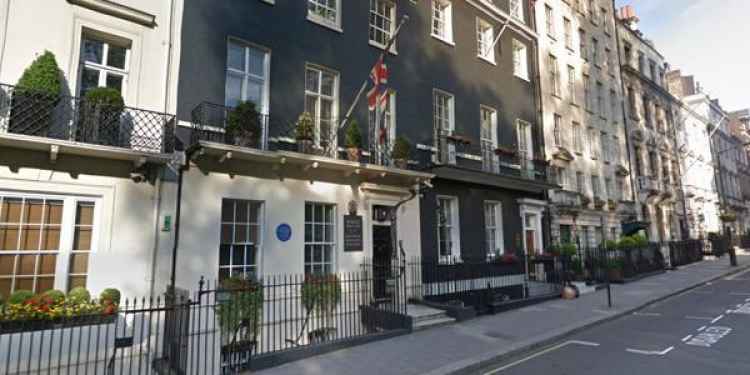 The building, believed to be the oldest unaltered building in London, has been in the hands of antique book dealers, Maggs Bros since the 30s, but was once the private home of Prime Minister George Canning, who claimed to have heard strange noises and have experienced psychic phenomenon.

The four-storey town house dates back to 1827, the first ghastly tale to come from the house is that of a young woman who committed suicide there, she jump from a top floor windows after being abused by her uncle. She's now said to haunt the house in the form of a brown mist.

One former resident, Mr. Myers decorated the house in preparation of his pending marriage and starting a family, but he was jilted by his fiancee and became a recluse. He spent his time living alone in the attic slowly going mad, while the rest of the house fell in to disrepair.

Others who have spent the night in the attic since have ended up dead. In 1879 a night in the attic drove a maid mad, she died in an asylum the next day. The next night a curious man took up the challenge to spend a night in the room and went on to become the first person to be recorded dead in the house, the coroner's verdict was "death of fright."

The second reported death at 50 Berkeley Square was a sailor from HMS Penelope in 1887, several sailors stayed the night, the next morning one was found dead, having tripped as he tried to run from the house. The other sailor reported seeing an aggressive ghost of Myers.