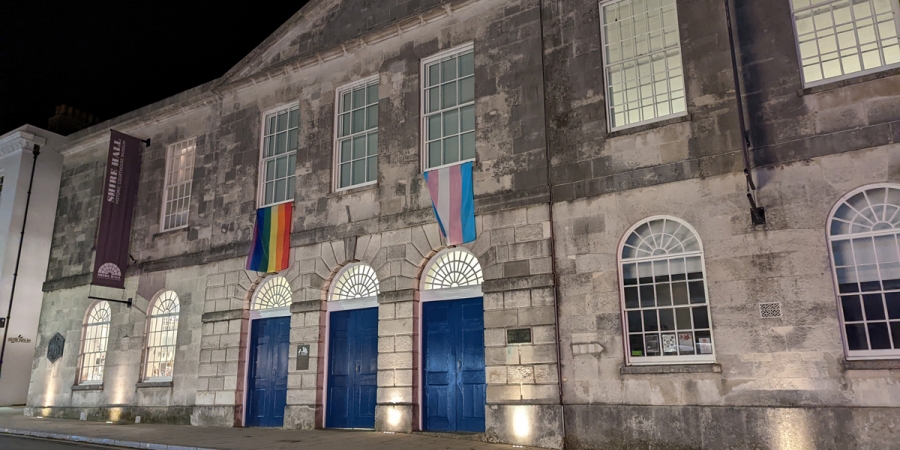 A hall has stood on the land in some form as far back as at least the 1640s, but the building that we see today opened in 1797 and became the centre of law, order and local government for Dorset until the 1950s. In 2018, the building opened as the Shire Hall Historic Courthouse Museum.
The building not only consists of a large courtroom, but also a maze of cells and dark corridors below street level, giving you a real feel for what it was actually like to be convicted and sentenced here more than 200 years ago.
Although there's only a handful of cells below the courtroom, these small, cold and very dark stone rooms have quite the story to tell. It is within the confines of these incredibly atmospheric rooms that the accused would have awaited trial. Locked away scared and uncertain, they could have been waiting for mere hours to face judgement or could be forced to wait several days to find out their fate.
These cells still echo with the fear of those life-or-death waits, which could have been the final hours of the accused's lives. If found guilty they risked being sentenced to death in the courtrooms above, if they were lucky they might have just been transported to Australia.
Despite its dark past and sinister atmosphere, surprisingly the building doesn't have any well-known resident spooks, or many ghost stories attached to it.
In 2010, paranormal investigators claim to have captured an image showing the ghostly figure of Judge Jeffreys in one of the corridors. Known as the "Hanging Judge," Jeffreys does have strong links to the town. A little further along High West Street you will find his old lodgings, however the current courthouse was built more than a hundred years after his death.
In the aftermath of the Monmouth Rebellion, Jeffreys held the Bloody Assizes in the town, however at this time the courts were based in the Oak Room at the nearby Antelope Hotel. Perhaps the infamous Bloody Judge did visit a former courthouse that stood on the site of the present day one.
During recent renovations in 2018, workmen reported that their tools were moving around and being found in obscure places. To test the possibility of a paranormal explanation, they placed several objects on a table in an old cell and marked their outlines with chalk. They locked up the building and left the experiment overnight, the next day they found their tools had indeed moved despite the building being completely empty.