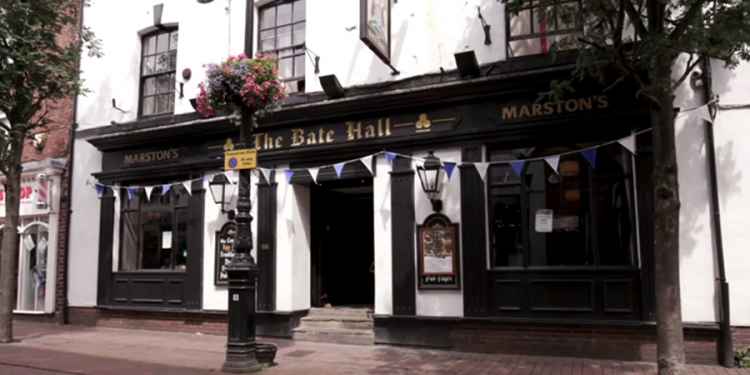 Dating back to the late 16th century, the Bate Hall has become one of the most historically significant buildings in Macclesfield. The paranormal activity in the pub includes staff being touched by unseen hands, glasses flying off of shelves and dark shadowy figures seen around the building. The activity is most commonly reported in the residential space above the pub. According to the owner, her daughter plays hide and seek with the ghost of the young boy called Billy, who is said to haunt the pub.

The ghost of a grey lady has been seen in the inn walking the staircase and the empty rooms. She's thought to be the spirit of a woman who was hanged in the stairwell for being a witch. A poltergeist is said to throw objects around, children have been seen and heard around the building.

On the abandoned upper floor, strange markings are said to appear on the walls before vanishing again without leaving a trace, the ghost of an old lady and a young boy have been seen, as well as a seven-foot-tall shadowy figure that lurks in the dark recesses of this foreboding place.

The pub's cellars are also said to be haunted and it's thought that the activity could be related to a now buried tunnel under the cellar floor, which was once used as a hideout for a priest during the period when Catholics were persecuted by law.