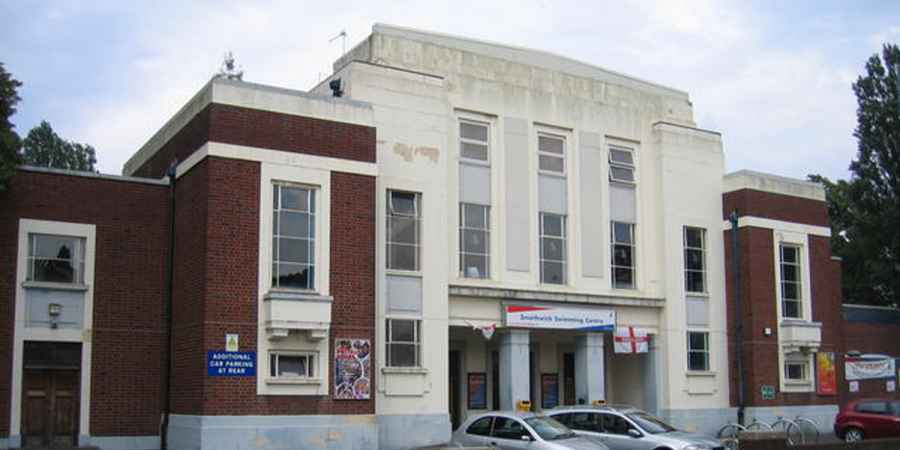 Construction started on the swimming pool in the outskirts of Birmingham in 1928. It took five years to complete the art deco building, which opened in March 1933, with its high arched roof that was inspired by aircraft hangers in France. The pool was constructed on a plot of former farmland that was part of the estate of a nearby manor house, but during the construction workers unearthed a plague pit containing as many as 300 bodies. The pit was sealed over the bodies remain beneath the building to this day.
An apparition of a little boy believed to be linked to the plague pit has been spotted around the baths. He said to be covered in a white powder, which is believed to be lime, the substance that plague victims were covered in when they were buried to prevent the spread of infection.
The subways and cellars beneath the building were used as an air raid shelter during World War II and included an area designated as a morgue where the bodies of locals who been killed in bombing raids were taken. This area is said to have a general feeling of unease, and there have been reports of extreme temperature drops and unpleasant smells.
After WWII the Smethwick Baths continued to be operated as a pool throughout the summer, but in the winter months the pool was drained and covered over and the venue served as a dancehall and events space. Later it became a performance venue and hosted some of the biggest names in music from the 1950s and 60s, including The Beatles, The Rolling Stones and The Who.
The venue has been a popular haunt for ghost hunters, they've recorded various activity there over the past two decades including the sounds of disembodied footsteps, ghostly wet footprints appearing on the floor in an otherwise empty building, the phantom sound of children's voices, slamming doors and objects being thrown by unseen hands.
Smethwick Baths's most famous resident spook is said to be the spirit of a little girl called Emily, who is believed to have died of tuberculosis when she was just eight years old. Other apparitions spotted around the baths include the figure of a red-headed man wearing a blue navy-issue boiler suit. It's said that every time he shows up something breaks in the plant room.
There's also the ghost of women dressed in an RAF uniforms who have been spotted in the ladies' toilet, a woman seen pushing a tea trolley in the backstage area, and a negative entity that takes a dislike to females, often seen as a shadow figure in the network of eerie tunnels.