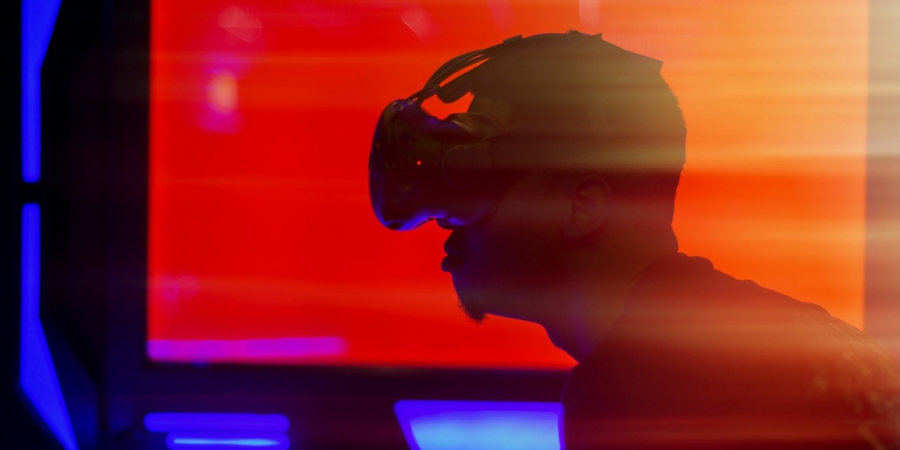 Photo: © Rodger Shija
Many people will tell you that ghosts can't exist because they break the laws of physics, but what if we're living in a universe where the these laws aren't as consistent as we think?
The classic idea of a ghost or spirit is that of a non-corporeal entity consisting of pure energy that's able to carry with it a human consciousness and memories, or at the least take the empty ethereal form of a long-dead human. The idea that energy can exist in such a state does conflict with our current understanding of how the world works, but what if the world around us is nothing more than a simulation?
One of my scariest ghostly encounters occurred when I was walking through a haunted house and from nowhere, the ghost of a little girl appeared right in my face. She was screaming and I jumped out of my skin.
I'm normally pretty fearless when it comes to haunted locations and ghost hunts, this is because as a skeptic I know that there is nothing to be scared.
However, this particular close encounter with the undead took place a virtual reality (VR) and when you're in a virtual world, the normal rules don't apply and a ghost can suddenly appear in front of your face.
Ghosts are classed as supernatural, they are an unknown force that are said to exist outside the laws of nature. In a virtual world, there are no laws of nature. The laws of physics are generally simulated fairly accurately in VR and computer games, but there's nothing to stop developers giving characters superhuman powers, making time travel possible, or allowing you to glitch through solid walls.
So in a virtual world a ghost can 100% exist, because either someone has programmed them to exist or a computer glitch allows them to be perceived. So, what if people report seeing ghosts because they are simulated ghosts and we are in fact living in a virtual world?
The idea isn't as crazy as it sounds, it's called simulation theory and it's a fascinating topic that's been debated by top scientist and philosophers for decades. The prospect that reality is an illusion dates back centuries, way before the days of computer technology, originally the idea of a simulation was likened to a dream.
Simulation theory, or simulation hypothesis, is the idea that all reality as we know it is an artificial simulation. The theory was popularised by Nick Bostrom in 2003. He speculated that we could be a collection of simulated minds rather than biological ones.
He thinks that mankind will advance to a stage at some point in the future where the massive amounts of computing power available to us means that we can run huge simulations of human life to help understand our history. These simulations could be so accurate, that the humans modelled in them are actually conscious.
Bostrom takes this a step further. If it's inevitable that human knowledge continues to expand and develop to a point where we are capable of running these kind of simulations, isn't it possible we're all part of such a simulation already?
Nobody has yet come up with a convincing argument to prove that we're not all living inside a vast computer model in the future, but could ghosts and other unexplainable supernatural happening be a clue? Perhaps these occurrences represent a bug in the software or hardware that produces or operates the simulation - quite literally a glitch in the matrix.
It could even be that the particular simulation we're living within is designed to test supernatural beliefs by intentionally and sparingly exposing a limited number of simulated consciousnesses to ghostly happenings that would be impossible in the real world.
In 2017, Professor Brian Cox told a national newspaper that "it's very hard to see how we are not" living in a simulation, a theory shared by billionaire Elon Musk who is convinced that humanity is living inside a simulation. Astrophysicist Neil Degrasse Tyson is also a supporter of the idea, who said in an NBC news interview that the hypothesis is correct giving better than 50-50 odds. He said, "I wish I could summon a strong argument against it, but I can find none."
So are we living inside an elaborate computer and are ghosts a hint at this digital existence? Well, the truth is, there's no way to know for sure whether we are real biological consciousnesses or whether we are a simulation.
Add A Comment
Tags:
paranormalghosts