This article is more than five years old and was last updated in September 2018.

In 2015 the lives of five people changed forever when a sinister alien spacecraft of unknown intent appeared in the skies over Bristol. The drama unfolded in 'Horizon', an award winning, web-based sci-fi series shot on location in the South West of England.
The ten-part series followed Steven, Chloe, Dan, Nicole and Katie, a group of five friends in their desperate attempt to flee the city and reach loved ones, but their efforts are impeded by a city in panic, looters, and the threat of military attack.
The gripping first season ended on a dramatic cliffhanger as the huge alien ship, seemingly impervious to military weapons, appears to start an attack on the city below. 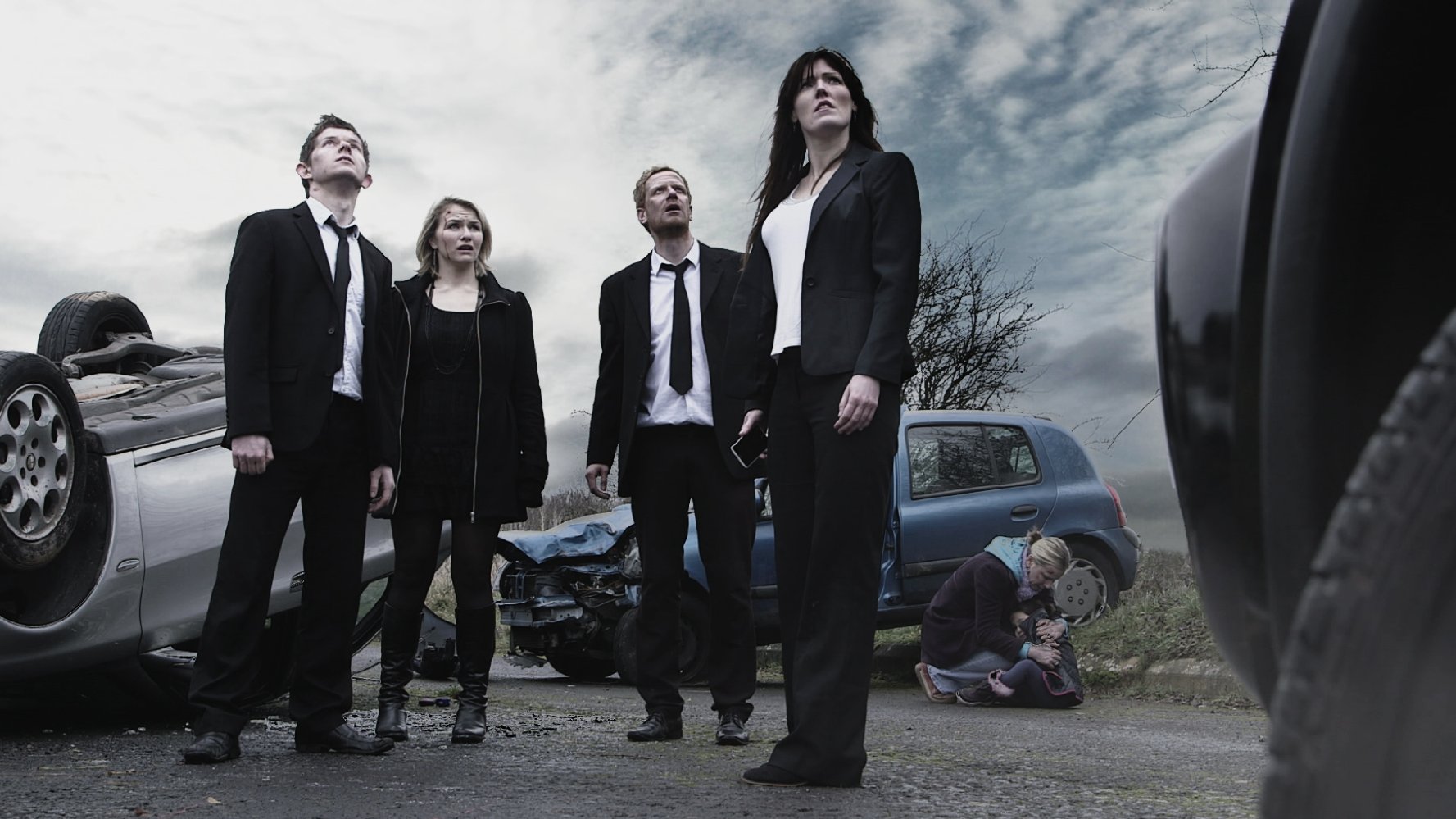 If you've been dying to find out what happens next, you'll soon get to find out as season two picks up the story a week after the extraterrestrials arrived over Bristol. In the new series the group struggle with what to do next, we find out if Steven managed to get his step-sister Katie to safety, and we meet the mysterious Isaac, a broken man for whom the arrival of the ship changed everything.
As the group battle to prevent an alien invasion, we're given a glimpse of Bristol 200 years ago, which reveals how a chance discovery in the past may have led to the arrival of the UFO in present day.
The series builds to a final, explosive showdown with the alien invaders in a network of tunnels beneath the city, which was shot in the vaults beneath Bristol's Temple Meads station. The vaults were a feat of engineering genius, designed by Bristol's Isambard Kingdom Brunel as part of the Great Western Railway.
The great engineer might play a bigger part in season two than you'd expect, a tease at the end of the first season showed a man with a striking resemblance to the Victorian engineer, played by Dan Winter, appearing next to his iconic suspension bridge over the River Avon, having been "awoken" by unknown military personnel.
We can only speculate as to whether the mysterious figure is in fact a reincarnation of Brunel, but the character does appear in the teaser trailer for the second season so this is one mystery that might be answered in the upcoming series, take a look at the video below and see what you think...

'Horizon' is produced by a community of film-makers, actors, and technicians from Bristol. No one profits from 'Horizon,' it's all done for the love of film-making and storytelling, headed up by Paul Dudbridge one of the show's writers and director. Following his nomination for Best Director at the Royal Television Society West of England Awards 2016 for the show, Paul is back for the second series this time joined by his writing and producing partner, Simon Pearce, who directed four of the 10 episodes in the new season.
The first season was entirely self-funded by Paul and Simon, but for the follow-up, they've asked fans to help fund the conclusion of the project via a crowd funding campaign. Creating a post-apocalyptic Bristol and alien invasion fleet takes a lot of time, planning and budget. Season one was made possible with the help of the creative community in Bristol who offered up their time for free.
While this collaborative way of working helped bring the show to life, but it took longer than expected with cast and crew working around day jobs and other project. This time around Paul doesn't want to keep fans waiting and the increased budget means the crew can deliver a great second season and cover their costs behind the scenes. 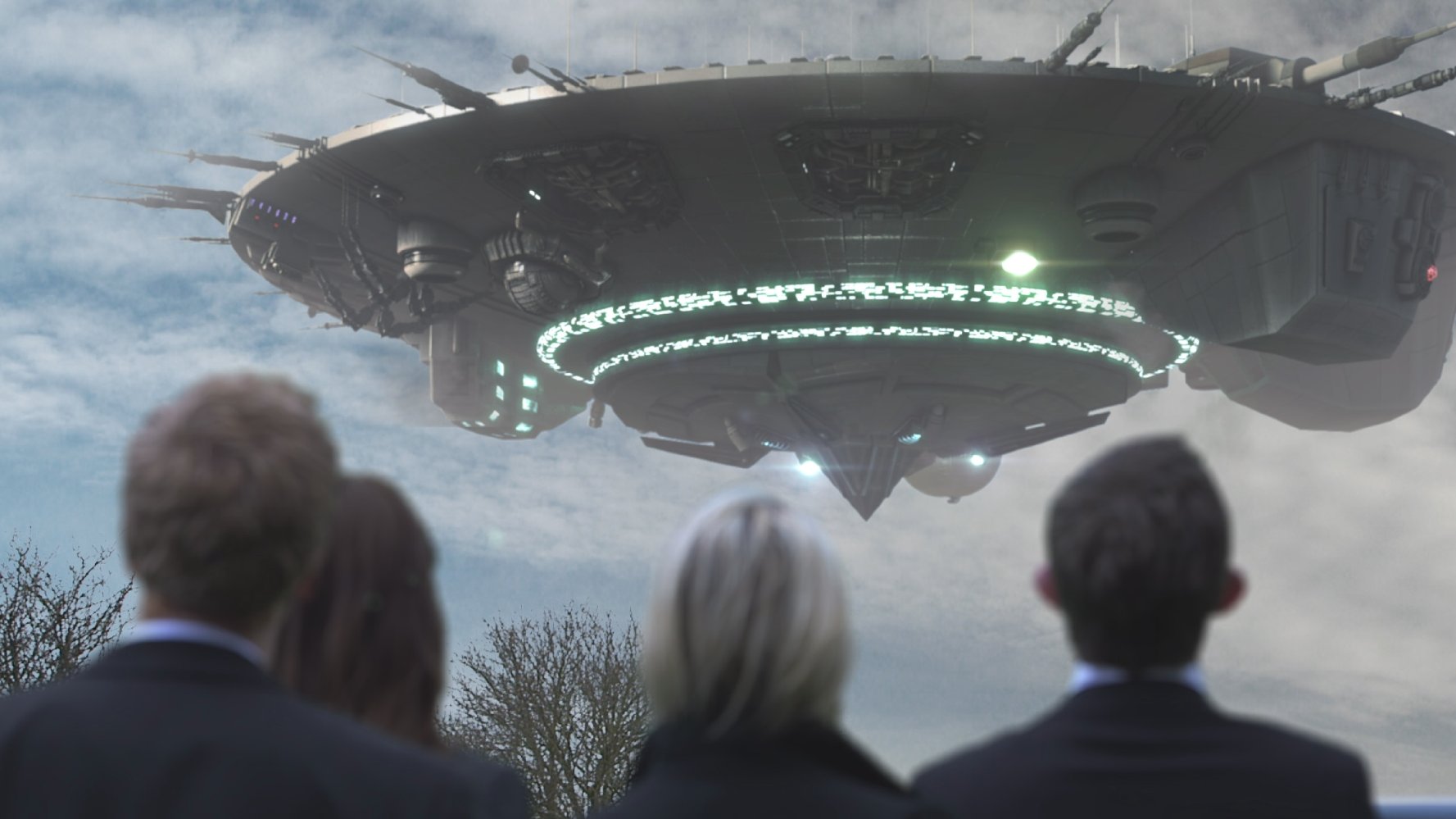 As well as the vaults under Temple Meads, the cast and crew visited several well known locations across the city, including the John Wesley Chapel on the The Horsefair, the oldest Methodist Chapel in the world, built in 1739. As well as the historic Georgian House Museum off of Park Street, and the old cells under Bridewell Police Station in the heart of Broadmead.
All together the show pulled in the talents of over 50 supporting artists, and 20 cast and crew, including Paul Tonkin, Alicia Ancel, Simon Pearce, Kate Marie Davies, Jason Allen and Kessie Bartlett.
The team wrapped filming last weekend. With the final episode now in the can, the crew are deep into the process of post-production, finishing the edit, visual effects and sound mix. The new 10-part series will be available to watch for free online from September 24th, 2018.
If you missed the previous season of 'Horizon,' there's now a full length cut of the first ten episodes check it out below...

Missed The First Season? Watch It In Full Here