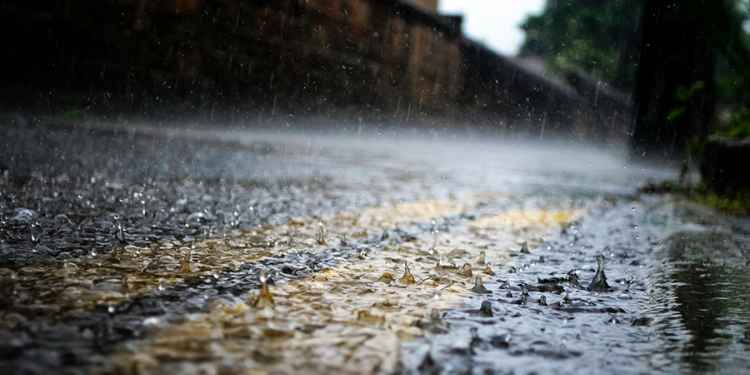 Photo: pixabay.com
Here in the UK we've had some of the worst downpours in decades thanks to Storm Dennis, and there's more heavy rain forecast over the next few days, but could this extreme weather result in an increase in paranormal activity or does it dampen the spirits?
With nearly 120 flood warnings already in place, the press are now reporting that over the coming days parts of the UK could be hit by a month's worth of rain in just 24 hours. While the rain keeps most of us indoors, could the long standing connection between hauntings and water be encouraging ghosts to come out?
Extreme weather conditions are often blamed for a spike in paranormal activity. The 2018 summer heatwave was one of the hottest British summers in memory, but according to some ghost hunters, as the temperature shot up, so did the number of reports of ghostly goings-on.
Thunderstorms are also said to heighten paranormal activity and there are anecdotal claims that more paranormal incidents are reported during thunderstorms.
A strike of lightning delivers about one billion joules of energy, which is enough to power a 60 watt lightbulb for six months, and paranormal investigators think that all of this energy being discharged into the atmosphere could give a spirit the energy it needs to manifest or make its presence known.
Another possibility is that ghosts just come out to watch the storm in the same way we do. Perhaps they're simply awoken by the loud crashes of thunder and flashes of light. The living can't resist moving to the nearest window to watch a good storm, so why should the dead be any different?
Storm Dennis has been less about lightning and more about rain - lots of rain. There are some paranormal theories that suggest that all this precipitation could also be causing us to experience more supernatural activity.
One theory that could be relevant is that ghosts are attracted to water and that locations that are close to a source of water is more likely to be haunted - properties next to a well or near a static body of water, for example. However, it's flowing water that is said to be a major conductor of spiritual energy, so a property next to a river or with water flowing beneath it has a very high haunting potential.
Falling water in the form of rain is also a source of energy. When moisture rises into the atmosphere work is done against the force of gravity. The laws of physics tell us that it now has "gravitational potential energy," but when the moisture then falls as rain the gravitational potential energy is converted to kinetic energy. Each raindrop is equivalent to about 12 milliwatts of power. When the raindrop hits the ground its energy is converted into other forms, including the vibrations that makes the patter of rain that we hear.
Going back centuries, ghosts have been strongly associated with rivers, lakes, and wells, as well as times when there's an increase of moisture in the air, during heavy fog, on a humid summer evening, and of course during a rainstorm. The one thing we have at the moment is plenty of water around us. Several rivers around the UK have burst their banks and more than 1,500 homes and businesses have been affected by flooding.
Not only are buildings in a close proximity of water, they have water settled on their roofs, sheets of water running down the walls, and in some cases water dripping from the ceiling.
Distant heavy rain can also cause infrasound, ultra-low frequency vibrations that are often associated with the paranormal, both as a potential cause of hauntings, and as a possible rational explanation for misdiagnose hauntings. This is because infrasound vibrations have been known to cause people to report discomfort in the form of disorientation, feeling panicked, and an increased heart rate and blood pressure. In extreme cases infrasound has been attributed to feelings of depression, a general feeling of unease, as well as visions of apparitions.

Rain sounds like a high pitched hiss, but when we look at the frequencies present in the sound of heavy rain using a spectral analyser, we can see that it is actually made up of a wide range of frequencies, with a concentration of low frequency sounds indicated as the brighter part of the graph towards the bottom.
The reason this broad mix of frequencies sounds bright and high-pitched is due to the nature of our hearing, which doesn't sense all frequencies equally.
There's also the possibility that rain is merely acting as a trigger object. Ghost hunters are known to dress in period costumes or bring in familiar objects to try to encourage a spirit to communicate. It may simply be that rain is significant to some spirits, perhaps if they died during a rainstorm. So when it rains the downpour is acting as a trigger and their energy might be stirred up because the weather matches the conditions on the day they died.
There are countless reports of ghost sightings that are linked to specific weather conditions, these 'weather dependant apparitions' only appear when atmospheric conditions are right, this might be during fog, sunshine, a thunderstorm, wind, or of course rain.
The Paranormal Database lists several such apparitions across the UK, including a phantom lady seen in a raincoat on the A435 in Warwickshire who is said to vanish in front of drivers' eyes, and the ghostly and unexplained sound of singing that is said to be heard at Ewloe Castle in Wales when it is raining.
The best way to find out if rain really does affect the amount of paranormal activity is to test the theory yourself. Take note of the weather conditions during an investigation, and if there's light rain or a storm during the ghost hunt try to determine if this affects the amount of activity you experience - either positively or negatively.
The downside of investigating in the rain is that it can contaminate evidence. The sound of driving rain on a roof, walls or windows can be mistaken for unexplained sounds, there's an increase chance that you'll hear water dripping onto various surfaces creating unusual sounds, especially in old leaky buildings, and EVP recordings can be drowned out by the drone of rain outside.
Do you have any theories about how rain can affect a ghost hunt? Let us know in the comments below...
Tags:
paranormalghoststopicalweather