This article is more than four years old and was last updated in February 2021. 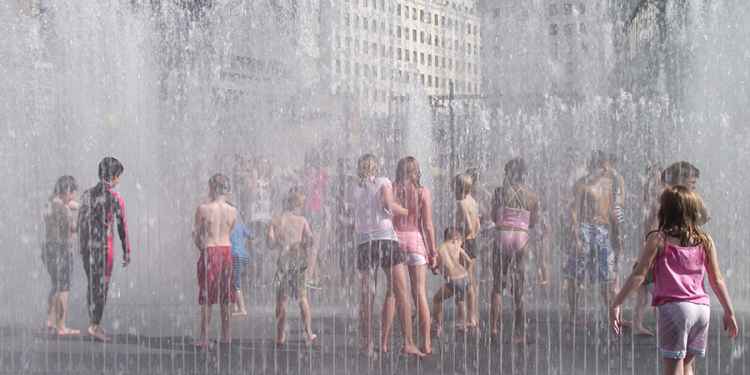 Photo: pixabay.com
The heatwave currently being experienced across Britain seems to have caused a major increase in paranormal activity. To use a Ghostbusters analogy, if a Twinkie represents the normal amount of psychokinetic energy, right now it would be a Twinkie thirty-five feet long weighing approximately six hundred pounds.
Meaning, we could be on the verge of a fourfold cross rip, a PKE surge of incredible, even dangerous proportions.
OK, so it might not be that bad, we're probably not headed for a disaster of biblical proportions, but one paranormal investigator, Gary Parsons, says that since temperatures shot up he's experienced a huge increase in calls from the public reporting ghostly goings on.
Usually Halloween is the most paranormally active date in the calendar, but this year it seems to have come early. Gary, of the Plymouth Paranormal Investigators group, noticed the spike at the beginning of the summer. He told The Sun, "we have received a major spike in the number of calls during June and July, with people reporting scary supernatural phenomena."
The professional ghost hunter has blamed the scorching summer heatwave, which was officially declared on 22 June, for the increase in supernatural activity. Many believe that in order to manifest, ghosts and spirits need to draw on the energy around them. Could it be that the above-average temperatures and unusually sunny and dry conditions is giving paranormal entities the energy they need to haunt the living?
Skeptics say that the increase ghost sightings could be due to the psychological effect of the heatwave. Heat is an irritant and the discomfort it causes, including getting less sleep, might make people less alert and more susceptible to hallucinations. There are studies linking heat to lowered cognitive function, an increased heart rate, higher testosterone production and even a perception of time passing more slowly than normal.
The weather across the British Isles has broken records this summer, with temperatures and prolonged dry spells in the UK and Ireland causing widespread drought, hosepipe bans, crop failures, and wildfires. The record hotspot so far in 2018 was in Kent on 26 July, when temperatures reached 35.3°C.
The dry weather has also caused patterns of vegetation to be revealed, marking out the location of buried and forgotten Roman and pre-Roman settlements and Iron Age hill forts. Could this have stirred the spirits of Roman soldiers and the ghosts of bloody battles from Britain's past?
It looks like this wave of paranormal activity could be about to come to an end, as weather forecasters predict that temperatures will drop to a more normal, cooler 23°C later in the week. Weather man, Dean Hall, said there will be "quite a marked change to the feel of things" from the middle of the week as conditions turn "fresher and more changeable".
However, this drop in temperature is likely to be a temporary change, with things heating up again towards the end of August. The Met Office has warned that the warmer than average temperatures could last until October, perhaps charging the spirits with solar energy, which could bring us the most active Halloween in centuries.
It's not just heatwaves that are said to affect the paranormal. Many also believe that thunderstorms can cause an increase of paranormal activity.
Tags:
paranormaltopicalweather