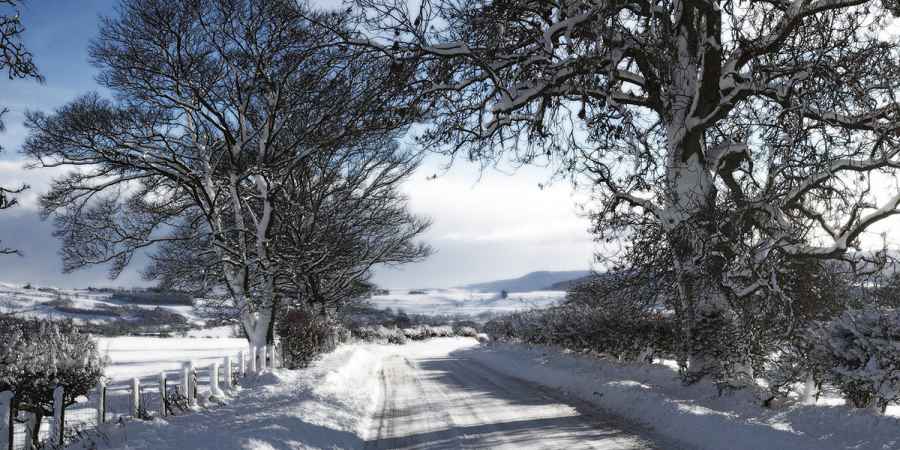 Photo: pixabay.com
There's often talk of the weather bringing spooks out to play. It's often speculated that thunderstorms can heighten paranormal activity and in 2018 the summer heatwave in Britain resulted in an increase in reports of ghostly goings-on according to some ghost hunters.
So as extreme weather conditions do seem to be often blamed for a spike in paranormal activity, could snow also be driving supernatural encounters?
Much of the UK has been hit by bitterly cold temperatures and heavy snow over the last few days in the wake of Storm Darcy, and forecasters say there's more bad weather to come. But could this weather be affecting level of paranormal activity, either by dampening it or perhaps even increasing its prevalence.
There are a few common beliefs shared by many in the paranormal field that could be applied to snow. There are some paranormal theories that suggest that all this precipitation could be causing us to experience more supernatural activity.
For example, it is said that ghosts are attracted to water and that buildings that are close to a source of water are more likely to be haunted - properties next to a well or near a static body of water, for example. A snow storm will often result in buildings being surrounded by and even covered in bodies or water, albeit frozen water in the form of snow.
However, it's flowing water that is said to be a major conductor of spiritual energy, so a property next to a river or with water flowing beneath it has a very high haunting potential. Falling water in the form of snow is also a source of energy.
Going back centuries, ghosts have been strongly associated with rivers, lakes, and wells because of the accumulation of water. The one thing we have a lot of at the moment is accumulated water all around us in the form of lying snow. Heavy flurries earlier in the week left 29cm of snow on the ground in Aberdeenshire, while 26cm has fallen in parts of the east of England.
So you could say that homes and buildings in these area are not only in close proximity to water, they actually have water settled on their roofs, sheets of frozen water or snow drifts covering walls, and blankets of snow lining the ground all around them. Surely this extremely close proximity and encasement in frozen water is enough to drive paranormal activity if the theory about water's link to the spirit world is true.
Don't forget that melting snow will also result in flowing or moving water once again, and rapid snow melt could even lead to flooding which will of course mean liquid bodies of water are created.
There are many reports of ghost sightings that are linked to specific weather conditions, these 'weather dependant apparitions' only appear when atmospheric conditions are right, this might be during fog, sunshine, a thunderstorm, wind, rain, and there are even some that are linked specifically with snow.
The Paranormal Database lists several such apparitions across the UK, including the ghostly silhouette of a man in a long coat who is seen carrying a lantern along a road in Suffolk, but only on frosty nights or when snow is on the ground in February.
There's also stories of phantom monks in Ware in Hertfordshire who have allegedly been heard chanting on the grounds of Amwellbury House, this would always occur on the evening before snow would settle. 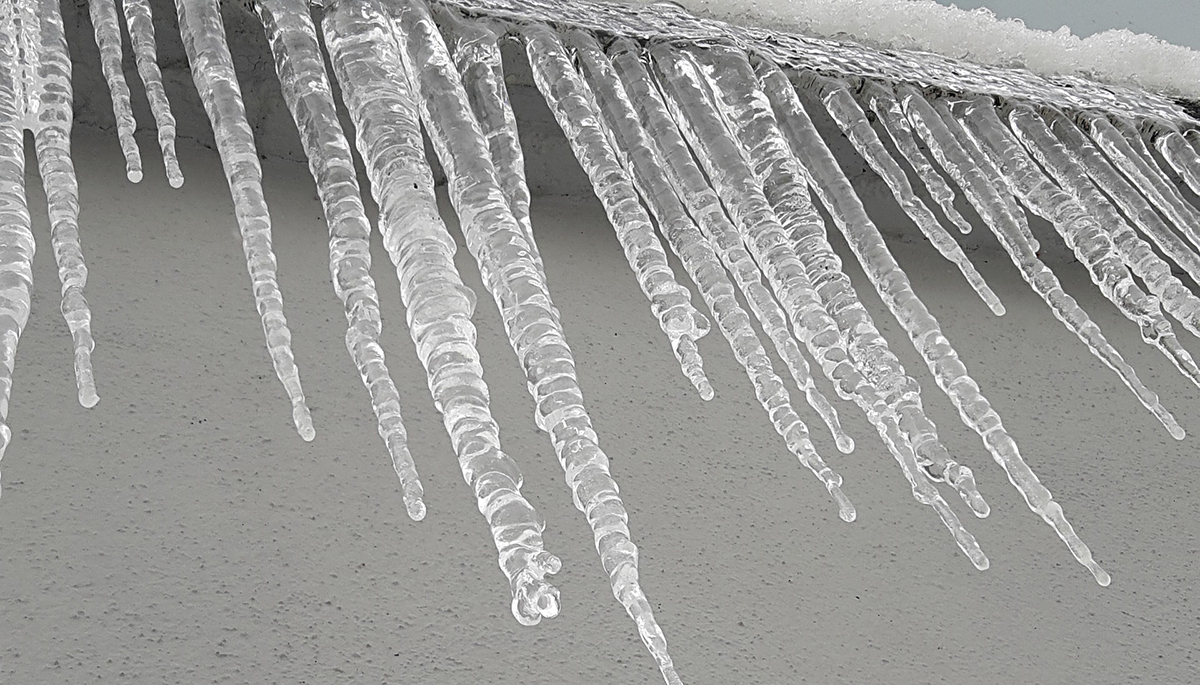 There's also the possibility that snow is merely acting as a trigger object. Ghost hunters are known to dress in period costumes or bring in familiar objects to try to encourage a spirit to communicate. It may simply be that snow is significant to some spirits, perhaps if they died during a snowstorm. So when it snows the flurry is acting as a trigger and their energy might be stirred up because the weather matches the conditions on the day they died.
Could this explain the ghost of Lady Hamilton of Bothwellhaugh who is seen on snowy nights in Edinburgh? She was banished into the snow after her husband's castle was taken by force, she froze to death soon after. Her apparition has been reported wandering the area on snowy nights, but she is said to never leave any footprints in the fresh snow.
Perhaps it's not the snow that is causing any of these hauntings, could it be the cold itself as ghosts are commonly associated with cold spots? Cold spots are highly localised areas of inexplicably low temperature that are said to occur as a result of a haunting.
These areas are noticeable as they are considerably colder than the air around them, but they are believed to be created by a haunting, not the cause of a haunting. It's generally said that ghosts and spirits are attracted to various forms of energy. In fact cold spots are believed to be formed when a ghost sucks the energy in the form of heat out of the air around it.
So, ghosts are unlikely to manifest or be drawn out as a result of the cold. In physics, what we refer to as cold is actually a lack of thermal energy. Despite this, there are many ghost stories where the appearance of an apparition seems to coincide with cold and icy weather, such as the phantom sailor who appears on icy nights at the Shipwrights Arms in Faversham, Kent, or the ghost of a witch who returns to the stretch of road where she was executed, but only on cold misty nights.
Since most accounts from witnesses that can help us answer this question are nothing more than anecdotal claims of spooky happenings during snowstorms, the best way to find out if a flurry really does affect the amount of paranormal activity is to test the theory yourself. Take note of the weather conditions during an investigation, and if there's snow fall or lying snow during the ghost hunt try to determine if this affects the amount of activity you experience - either positively or negatively.
Do you have any theories about how snow can affect a ghost hunt? Let us know in the comments below...
Tags:
weatherparanormalghoststopical