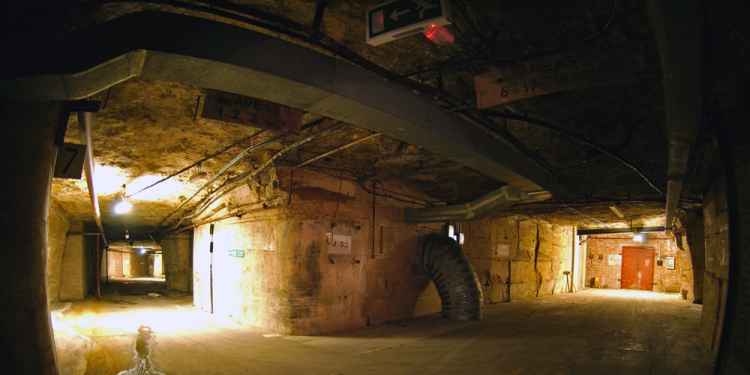 Photo: © Crown Copyright
New details have been released by the Cabinet Office about the formerly top secret labyrinthine bunker beneath Corsham in Wiltshire.
The fact that Burlington Bunker exists is now well known. It was declassified in 2004 and since then we've learnt a lot about this subterranean Cold War refuge. The 140 square meter site was completed in 1961, just before the Cuban missile crisis, at the height of the Soviet threat.
Its role was to provide an alternative seat of government for as many as 4,000 government ministers and civil servants for up to three months, this included the Prime Minister - Harold Wilson at this time.
Even after it was decommissioned, it still took the Ministry of Defence over a decade to admit to the existence of the base, which is buried about 30 meters below the market town in Wiltshire.
The latest release of data has shed light on the government's plans and struggles to keep the giant nuclear bunker under wraps.
Burlington went by various codenames throughout its existence, including Stockwell, Subterfuge, Turnstile and more recently, Site 3. These aliases were intended to mislead the public and press and keep them in the dark about the existence and true purpose of the bunker.
Despite all the secrecy, it seems that in 1967 the government were worried that protestors linked to the Campaign for Nuclear Disarmament might have got wind of the secret nuclear bunker. A paper filed in March of that year states, "there is some reason to believe that the organisers may suspect both the exact location and the true purpose of Turnstile."
The papers, which were marked as formerly being "top secret", contain details of the government's strategy for protecting the bunker's secrets. The official cover story was that the site in Corsham was nothing more than an "emergency facilities and public utilities" in case of war.
The documents also instructed officials to "brush off" questions from journalists and that "every endeavour should be made to limit and discourage press publication and speculation." This involved playing down the importance of the site if asked about it, and maintaining a minimal security presence at the facility to avoid arousing suspicion.
Their plan was a success, the documents later note that the protests at the Corsham base were small and that media interest had been allayed.
In 1989 the cabinet refused a £40 million upgraded and the bunker was wound down and decommissioned in 1992. The site was kept on stand-by, ready to be put back in to action in the event that the government required it due to a threat to the UK and to act as a decoy site for the still top secret Command and Control Centre, located near by in Corsham.
In December 2004 Burlington bunker was declassified and the future of the bunker is now uncertain. The MOD is looking for a company to bring new life to the site. English Heritage have also expressed an interest in preserving part of the site for historic interest.

More On Burlington Bunker View All 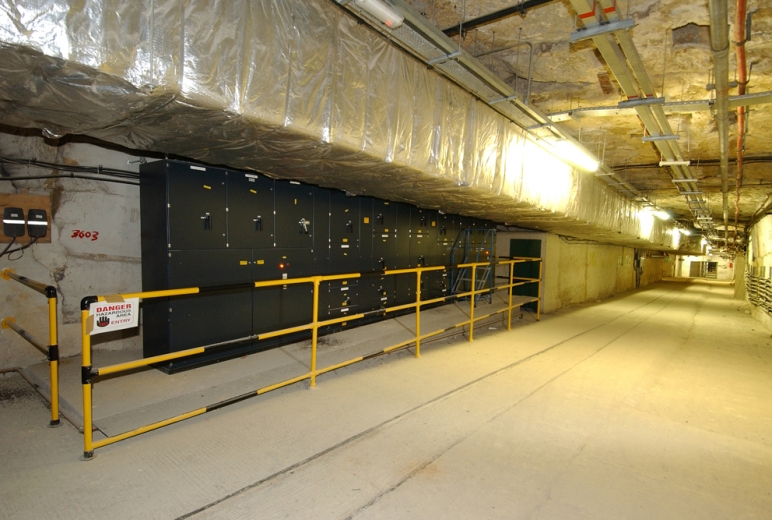 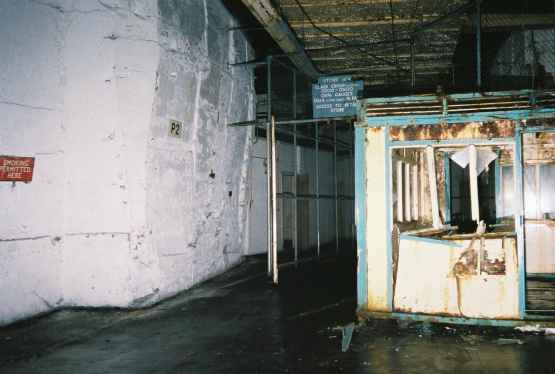 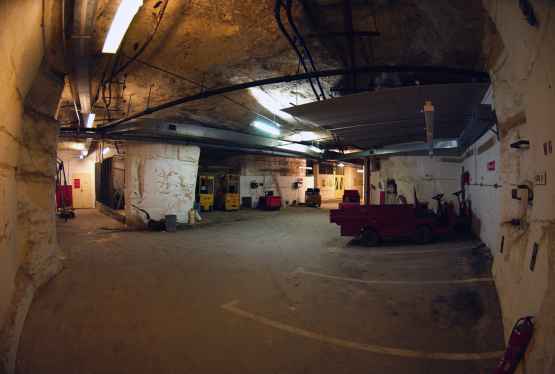 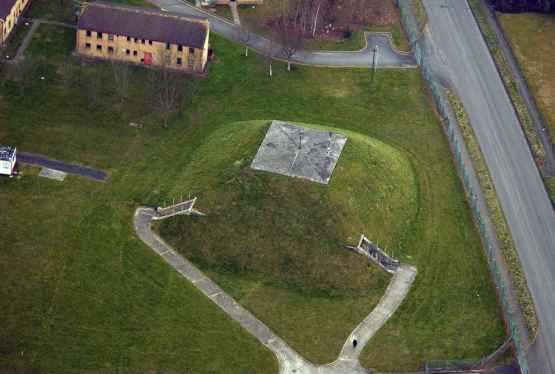 The Mystery Of Rudloe Manor 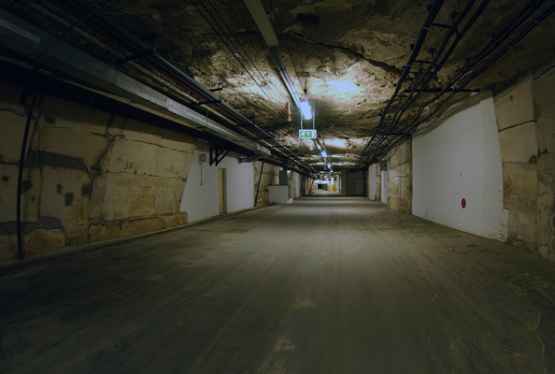 How RAF Rudloe Manor Caught The Attention Of Conspiracy Theorists 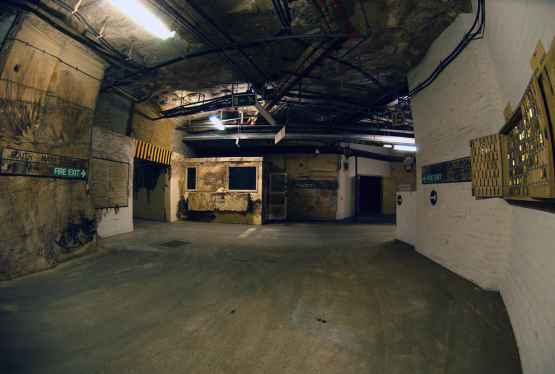 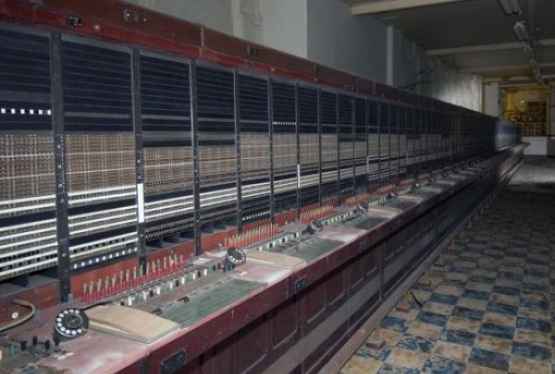 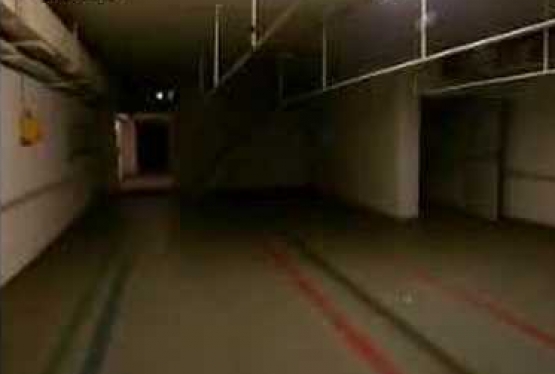 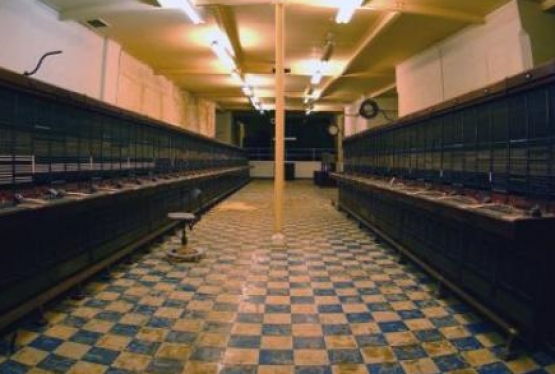 The Timeline Of Britain's Most Secret Bunker, Burlington

© Crown Copyright Notice: This page includes images reproduced with the permission of the Controller of Her Majesty’s Stationery Office.
Tags:
undergroundburlington bunkercorshamwiltshireurbextopical