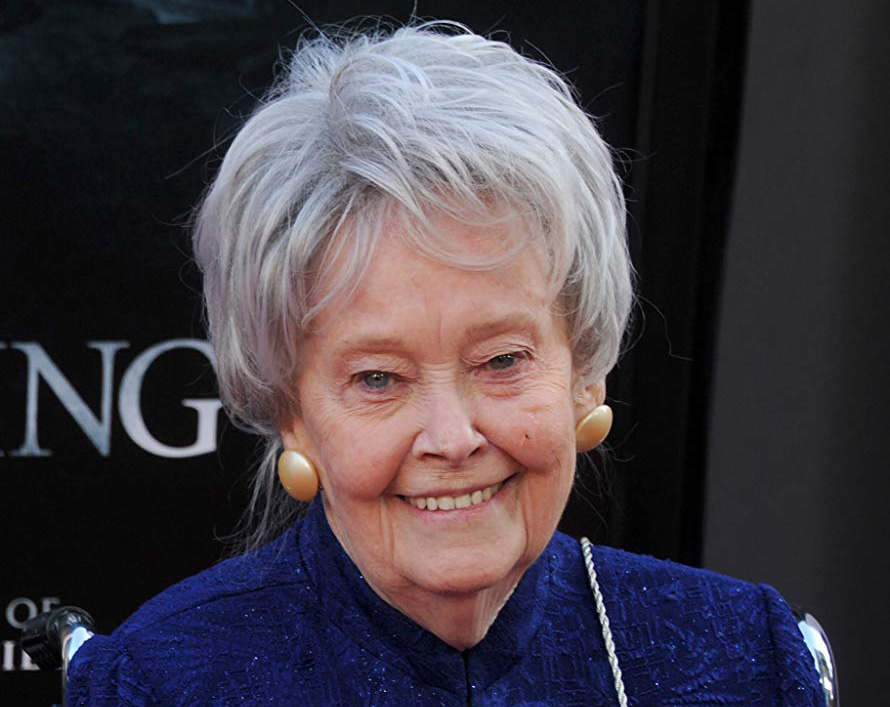 Celebrated paranormal investigator Lorraine Warren who inspired Hollywood movies like 'The Conjuring' has died quietly and peacefully at the age of 92.
Lorraine was a world-renowned "demonologist," whose dedicated her life to exploring, authenticating, and documenting some of the most famous paranormal incidents ever reported.
Her and her husband, Ed's work is so well respected in the paranormal field that movies have been made based on their investigations. Although Ed died in 2006, up until her passing Lorraine was still an active member of the paranormal community and even continued to run an occult museum from her home in Connecticut.
TMZ broke the news that Lorraine had passed. According to her grandson, Chris McKinnell, she died quietly and peacefully earlier this week. He said, "last night my grandmother, Lorraine Warren, quietly and peacefully left us to join her beloved Ed. She was happy and laughing until the very end."

The name Lorraine Warren might be familiar to you if you've seen the 2013 horror movie, 'The Conjuring' but, away from Hollywood tales, Lorraine and Ed were a real-life husband-and-wife paranormal investigation duo.
Lorraine met Ed while she was a practicing medium, during the Second World War and together they went on to become world-renowned investigators of the paranormal.
Ed's background in the world of supernatural investigation was as the director of the New England Society For Psychic Research, spurred on by his experiences living in a haunted house as a child where he'd regularly see objects flying around.
Perhaps the Warrens' most notable case was the infamous and controversial Amityville haunting. They also attempted to hunt down the legendary Big Foot and they came into possession of a haunted doll by the name of Annabelle. The story of Annabelle is touched upon in the movie 'The Conjuring' and later Annabelle was credited with a whole movie series to her name.

Tributes From The Paranormal World

After the news broke on Good Friday, prominent members of the paranormal community and those that appeared in the movies Lorraine inspired have been sharing their thoughts and memories today on social media.

Remembering the great Lorraine Warren today as we learn of her passing. I had the honor to work, and become friends, with Lorraine. As a young woman entering the paranormal field I learned a lot from her. Regardless if you agree with her work or not, Ed and Lorraine helped open the doors for every single investigator. In a time when this was beyond taboo she forged ahead and brought awareness to phenomenas that were often overlooked, helping people along the way. She was a trailblazer. I remember the first time I met her thinking, "omg, THE Lorraine Warren. The one I read about in all those books. She's real!" Indeed she was. Always classy, Lorraine was full of joy and kindness. I cherish the moments I've had with her talking shop, hearing stories about her hunny Ed, sharing a smile over the antics of her chickens, and telling her dirty jokes (yes I did, and she loved them!) I thank her a thousand times over for being part of the inspiration that got me into the field, teaching me, and being the leading female who made my path a little easier. She found the love of her life in Ed, lived a life completely authentic to her, and touched so many souls in the process. If we could all be so lucky ❤️ My heart and sympathies go out to Judy, Tony, and all her family and loved ones. Lorraine, I will never be able to hear the phrase, "oh hunny" without hearing that voice of yours. Thank you for everything ❤️#lorrainewarren #annabelle #theconjuring #paranormal #haunted #ghosthunting

My dear friend Lorraine Warren has passed. From a deep feeling of sorrow, a deep feeling of gratitude emerges. I was so blessed to have known her and am honored to portray her. She lived her life in grace and cheerfulness. She wore a helmet of salvation, she dawned her sword... pic.twitter.com/Kn2E6ZO9fL

Although I disagree with most of what #LorraineWarren said and all of what they did, her and her husband were influential in my #paranormal journey. May she #RIP knowing she battled a fair few demons in her time! pic.twitter.com/aoROD9ggxD

RIP to the lovely and ever graceful Lorraine Warren. ❤️

Lorraine Warren shared a ton of knowledge and positive vibes into this world. Last time I spoke with her she gave me some interesting insight into my investigation at the Hinsdale House that I will never forget! Lorraine will be remembered forever... https://t.co/KX5wNjEBXE

The latest movie to be inspire by Lorraine's work, the third Annabelle instalment is due to be released this summer. Warner Bros. have confirmed a June release date for the latest movie in 'The Conjuring' universe.
The as yet untitled Annabelle film, is the sixth in the universe overall, but the third in the Annabelle franchise and follows on from the 2017 origins movie, 'Annabelle: Creation' and serves as a direct sequel to 2014's 'Annabelle'. The instalment was originally due for release in July, but has been bumped forward.
This new Annabelle movie isn't the last we'll hear from 'The Conjuring' franchise, there's already several movies in production including 'The Conjuring 3' which is due for release in 2020. The movie is thought to be about the story of Arne Cheyenne Johnson who killed his landlord in 1981. The case was the topic of the 1983 book which features the Warrens, 'The Devil In Connecticut'.
Tags:
paranormaltopical