This article is more than three years old and was last updated in October 2019. 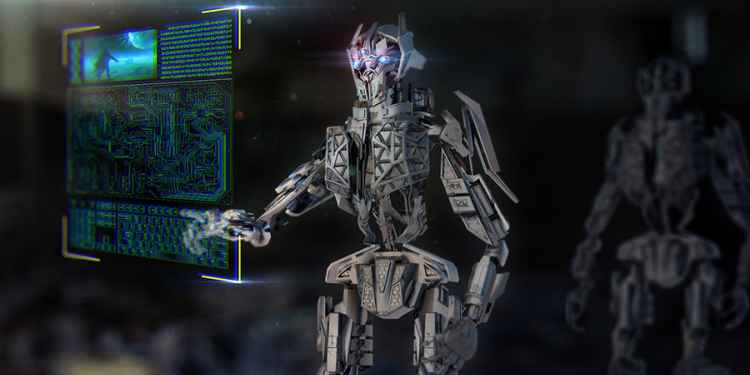 Photo: pixabay.com
Is it true that the technology currently being developed by the military is decades ahead of anything currently known about in the public domain?
This rumour is probably something you've heard before. People have been saying the years that the military is keeping its technology secret for 10 years, perhaps even 20 or 50 years.
It's not too big a stretch of the imagination. During the Second World War it was imperative that enemies weren't aware of what planes they were up against. The same is true of the Cold War when the B-2 Spirit stealth bomber was developed. The B-2 was regarded as one of the government's most secretive experimental planes of all time. It was developed in secrecy from as early as 1980, but didn't get its first public display until 1988. An estimated $23 billion was secretly spent on development over this time.
More recently the Northrop Grumman RQ-180 has been developed in secrecy, the programme dates back to at least 2005 and to this day the RQ-180 remains elusive, despite the fact it supposedly went into action in 2015. The RQ-180 is a super-advanced unmanned drone. It's rumoured to be able to fly non-stop for 24 hours and is used for surveillance.
So it took at least eight years for the B-2 to become public knowledge and it's been 13 years since the RQ-180 went into development and still very little is known about it. But there is another top secret military project which is rumoured to have started in the late-90s and we still know nothing about it at all.
The project, codenamed Blackstar, was first reported in 2006 by the Aviation Week & Space Technology magazine. It is believed to be an orbital spaceplane system. Its role is said to be to give the United States government orbital reconnaissance capabilities, this has earned it the nickname the "Space Bomber".
If the Blackstar really exists, then the US government kept its development secret for at least 18 years and has covered-up its operation since at least 2006.
There are countless other examples like these from militaries from all around the world. So, it seems clear that military technology is at least ten years ahead of what we know about in the public domain. However, military tech isn't actually any more advanced than commercial tech, which is developed over several years in secrecy too.
During the Second World War, the countries that developed aircrafts and weapons used civilian workforces. Developing defence technology became a goal that the whole country shared and worked towards for the military. Also, it should be remembered that during the war national security was respected. After all, loose lips sink ships. This meant that the military were at the forefront of technological development and the tech they came up with was kept secret for decades.
Today things are a little different. The world is no longer at war, at least not with air battles like in World War II. We also made if through the Cold War, a period where there was a constant threat of nuclear attack from the Soviet Union, a time when the US and other nations developed aircraft in secrecy, like the B-2.
This doesn't mean that the military has let its guard down, but during peacetime the public sector is also able to focus on advancing technology.
In 2017 the US Department of Defense asked for $72 billion worth of funding for research and development. Meanwhile in the public sector, Apple had an R&D budget of $10 billion in the same year. True, this is only one-seventh the amount of funding, but Apple were spending this cash on new versions of a handful of their core products, where as the DOD need to build aircraft, weapons and much more.
Apple aren't the only ones, Google's parent company spent $16.6 billion on R&D across its many properties in 2017 and Amazon spent nearly $23 billion. Businesses' willingness and ability to invest in research has been on the rise for years and this has evened out the playing field.
It's no longer necessarily the case that the military are developing technologies that the public domain doesn't have access to. It's likely that the tech giants are working on similar technologies to the military, although those technologies might be being used and applied in different ways.
Whether it is Apple or the DOD, we won't know what they're up to any time soon. The military keep their development secret to give them an advantage over their enemies, whereas in the technology industry companies keep their development secret to give them a commercial advantage over their competitors.
All this means that yes, the military technology being developed is far more advanced than anything that is commercially available, but so is the tech that companies like Apple, Google and Amazon are working on. This is just the normal development cycle of any product and much of the technology will be based on the same principles no matter who is developing it. It's just that Apple are making $1,000 phones while the government are building $500 million aircraft.
It doesn't mean that the US military has an army of super-advanced autonomous artificially intelligent fighter robots. They might be working on it, but they're likely to be brought in to operation at around the same time that AI home robots hit the civilian market.
Tags:
scienceconspiracies