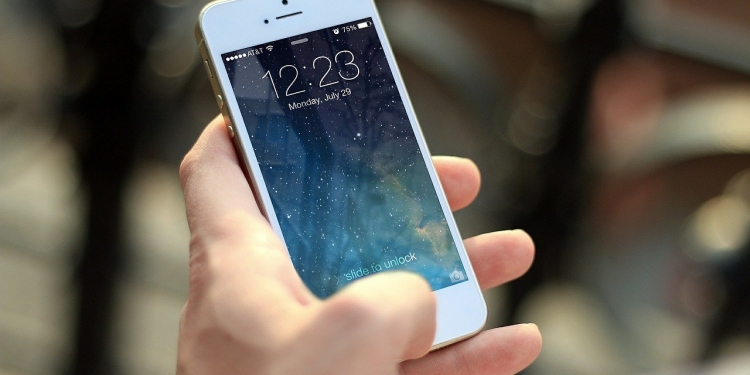 Photo: pixabay.com
There's quite a prominent theory in the paranormal world that mobile phones are killing ghosts. The claim is that the signal from mobiles dampens the energy of a haunting.
The claim seems to originate from Tony Cornell, an investigator from the Society for Psychical Research (SPR). In a report dated 2012 he's quoted as saying "until a few years ago we'd receive reports of two new ghosts every week, now we're receiving none. The decline exactly mirrors the increasing use of mobile phones."
It's true that the number of mobile phones is on the rise. The number of registered phones in the UK rose by 16% to over five million between 2008 and 2017. While there is an obvious climb, there's no direct evidence to link the decline in ghost reports to the rise in mobile phones. After all, could the number of reports not have dropped due to the decrease of home landlines. Perhaps the home phone lines were "powering" the hauntings and over the same time period the number of active line has dropped by two million across the UK.
The population has also grown, could it not be that the energy of all these extra bodies it drowning out the ghosts? The truth is, we don't know. It could be down to the rise in mobile phones, WiFi, the population, or even the two million extra cars on the road now for all we know.
There's also the possibility that it's none of these things. Perhaps less people believe in ghosts resulting in a drop in the number of sightings. It's also very likely that people simply aren't reporting them to the SPR anymore. With the rise in interest in the paranormal over recent years there are investigation teams popping up all over the UK who might now be the first point of contact if someone is experiencing a haunting.
The reason a correlation between mobile phones and ghosts was made is because of a belief within the paranormal field that when someone dies, their soul lives on outside of the body as a form of psychic energy. This is why ghost hunters often use EMF (electromagnetic field) meters to detect the presence of ghosts.
So, if ghosts are a form of energy, then the article speculates that the electromagnetic energy produced by a mobile phone could mask or block a spirit. Electromagnetic radiation doesn't just come from phones, the most obvious type of EM energy is a type we are bathed in every day - light.
It's for this reason that many investigators choose to look for ghosts in the dark. They believe that in a light environment a spirit doesn't always have enough energy to manifest and become visible, it's being drowned out by surrounding light. This is of course exactly the same as the theory about mobile phones, it's just that the frequency of the energy is found at different points in the electromagnetic spectrum.
But the electromagnetic spectrum is vast and is made up of many types of energy, including radio waves, the type used to broadcast television and radio. This fact discredits the mobile phone theory, because for more than 100 years - long before we were all carrying mobile phones - we were still pumping out plenty of electromagnetism into our atmosphere from radio transmitters and later television.
The energy produced by these transmitters, which cover a huge area, are factors of magnitude greater than that produced by a mobile phone. A phone kicks out around 4 watts, whereas a television mast is 10,000-20,000 watts. Of course phones use masts too, but even these ground bases broadcast about 1,000 watts of power at most.
There are also countless other sources of EM radiation around the home, they're produced by all sorts of appliances including microwave ovens, computers, home energy smart meters, WiFi routers, Bluetooth devices, and even the power lines running through your home.
A much bigger source of EM than anything you'll find in the home are overhead power lines. The energy that radiates from these high voltage lines is much more likely to flood a space with EM than a mobile phone would.
In fact the manmade EM isn't even the main contributing factor for the fields around us, the field that could be dampening paranormal activity. Around half of the radiation we are exposed to comes from background radiation. This is made up of cosmic rays hitting Earth from space, and environmental radioactivity coming naturally from the Earth itself. The other half comes from manmade sources of radiation, including industrial sources, medical x-rays, and from nuclear weapons tests and accidents. 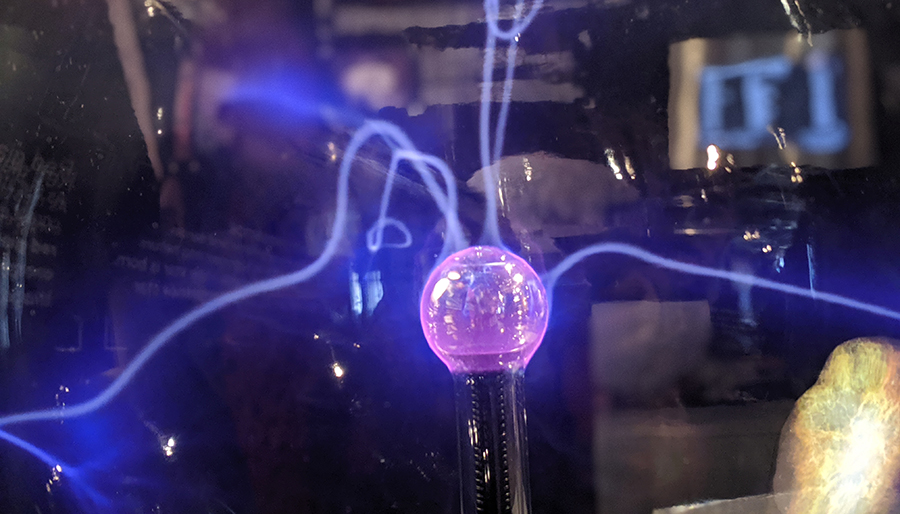 Some investigators would completely dismiss the mobile phone theory based on the fact that it conflicts with other, arguably more popular beliefs. In most cases electromagnetism isn't said to drown ghosts out, it's said to fuel them. Many teams actually use a device called an EM Pump, which produces a constant electromagnetic field that spirits are said to be able to feed on. Plasma balls are sometimes used for the same purpose.
It's also commonly said that paranormal activity increases due to near-by thunderstorms. A strike of lightning delivers about one billion joules of energy, which is enough to power a 60 watt lightbulb for six months, but that electrical energy lasts milliseconds and the majority of it is converted into other forms of energy before a ghost could get its ethereal hands on it.
Since the connection between spirits and EMF is an unsubstantiated belief, rather than a scientific certainty, we'd have to ascertain the nature of that relationship before we can even start to understand how and if signals from mobile phones could effect ghosts. This isn't likely to happen any time soon.
Add A Comment
Tags:
paranormalscienceghosts