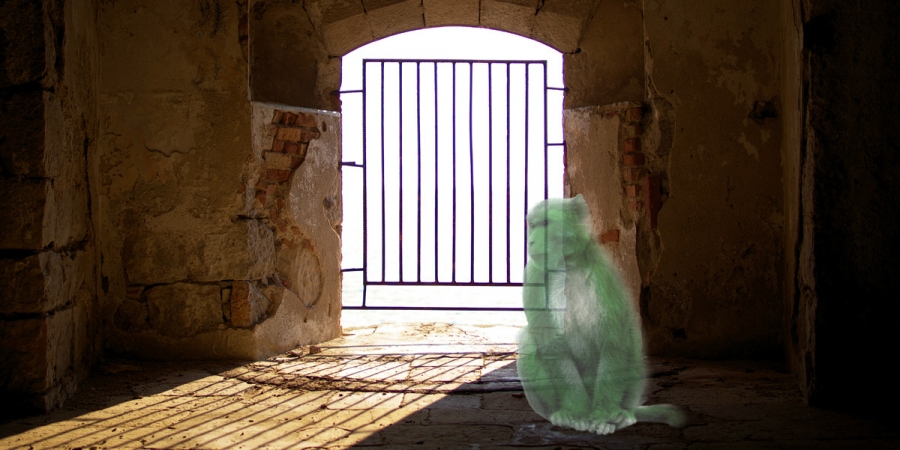 Photo: © Ivan Aleksic
Most ghost stories that people share are of dark shadowy figures that take human form, like grey ladies, monks and soldiers, but as animals are so woven into are lives and human history, it's no surprise that ghostly dogs, birds and other animals are reported roaming around haunted houses.
Across the country there are stories including a pet dog who is said to watch over his master's grave in Scotland, the ghost of a murdered pet monkey that haunts a Welsh tourist attraction, and even the ghost of a huge mammal that is said to haunt the Tower Of London.
Below are ten of the best-known and most talked about animal spirits that haunt locations across the British Isles.

10. The Ghostly Monkey Of Carew Castle 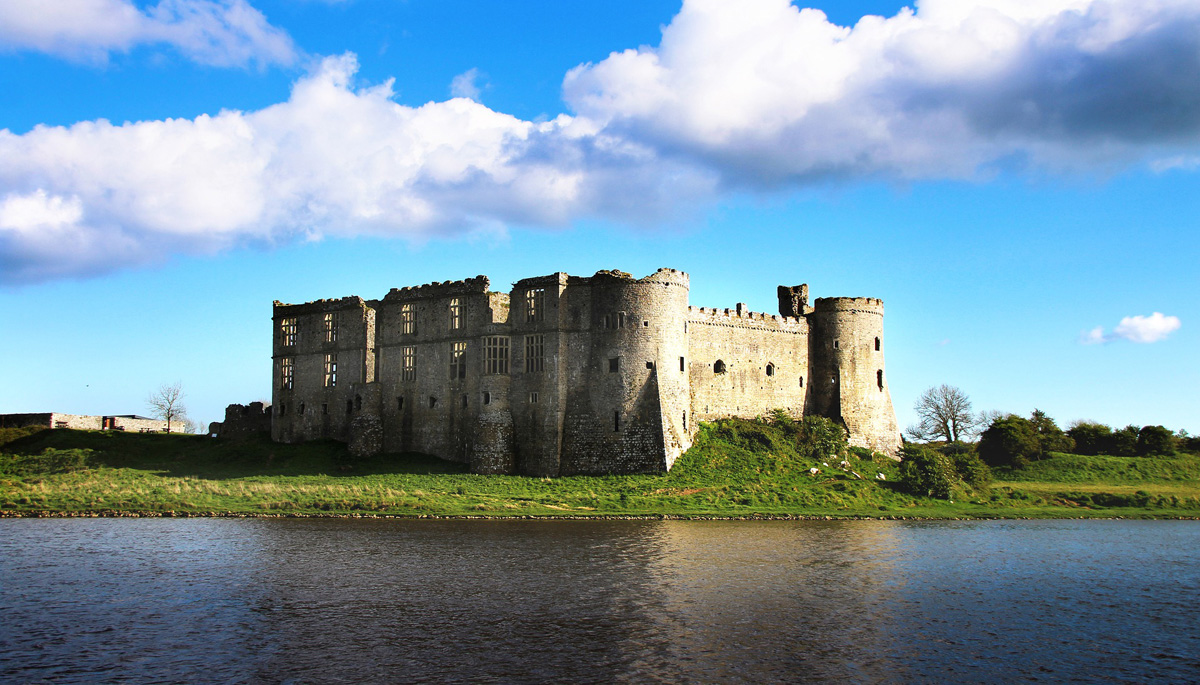 In the 17th century, Carew Castle in Pembroke was home to Sir Rowland Rees, a well-travelled man who brought home an injured ape he had rescued from a wrecked Spanish galleon. It is said he was able to train the animal to obey his commands, but when an unwanted merchant arrived at the castle one stormy night, Sir Rowland set the ape on the visitor. The merchant managed to escape but cursed Sir Rowland and the castle. The next morning Sir Rowland was found dead in a pool of blood, but there was no sign of his ape. Ever since, it's been claimed that the ghost of the ape has been seen and heard on dark, stormy nights at the castle.

9. The Swooping Raven Of Holt Castle 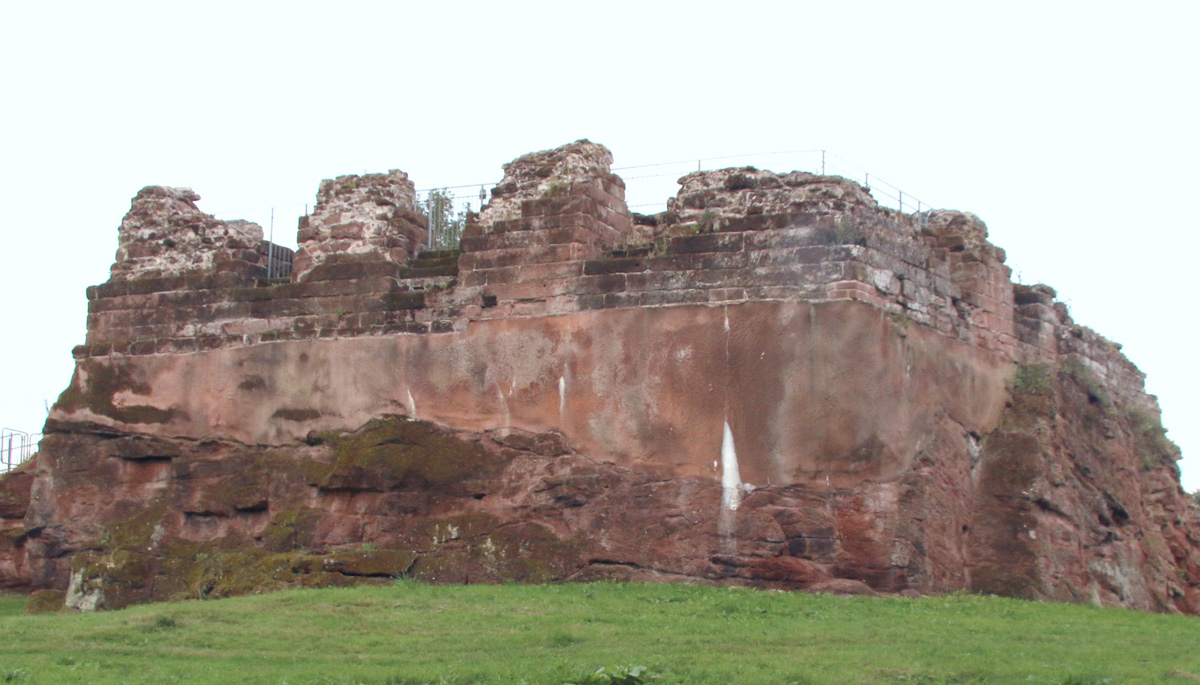 Holt Castle near Wrexham was once a five-towered, sandstone fortification. Now a crumbling ruin, all that remains today is the base and a few other features. However, the lower parts of the castle are said to be haunted by a phantom raven that swoops at and attacks any source of light that is taken down there.

8. The White Hare Of Looe

On the Cornish coast is the beautiful town of Looe, which is said to be home to the spirit of a girl who committed suicide after being jilted by the love of her life, a local sailor. Since her death she has been seen in the form of a phantom white hare darting through the surrounding countryside, around the town's streets and in the Jolly Sailor pub in West Looe. It's said that she rushes down to the Jolly in order to warn the drinkers whenever misfortune is headed for town. 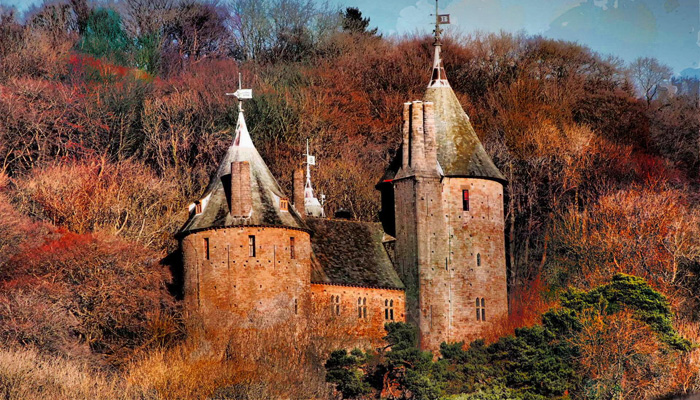 It's claimed that the 19th-century gothic revival castle near Cardiff is haunted by no less than 13 ghosts. One of the castle's spooks is that of a man dressed in a cavalier uniform. It's said that his restless soul wanders the the castle checking that a large amount of treasure that he buried somewhere in the ground are safe. What makes this haunting unusual is that the treasure is also said to be watched over by three ghostly eagles. 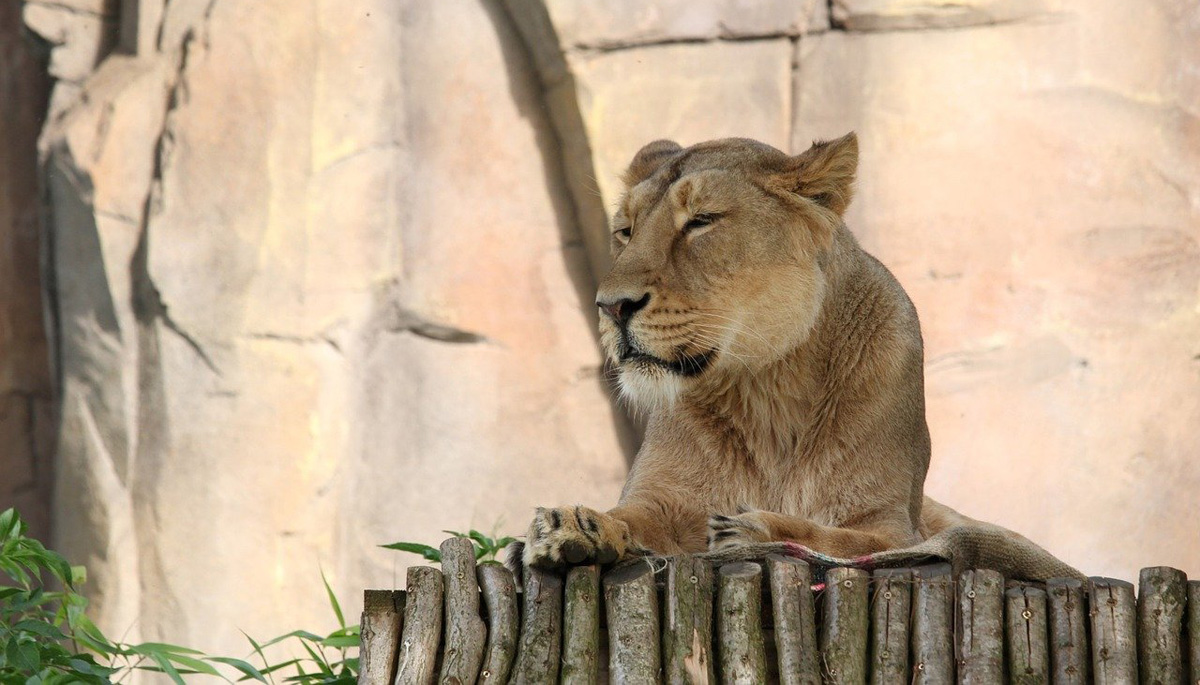 In the 1930s a man was walking through London's Regent's Park with his granddaughter when they saw what they described as the glowing apparition of a lion, which faded away as they approached it. This may seem like an odd ghost sighting in the centre of a major city, but Regent's Park sits next to the historic London Zoo. In fact, the man in question was a zookeeper and the following day he learned that at the time he had seen the apparition, one of the zoo's pride has died following an illness. 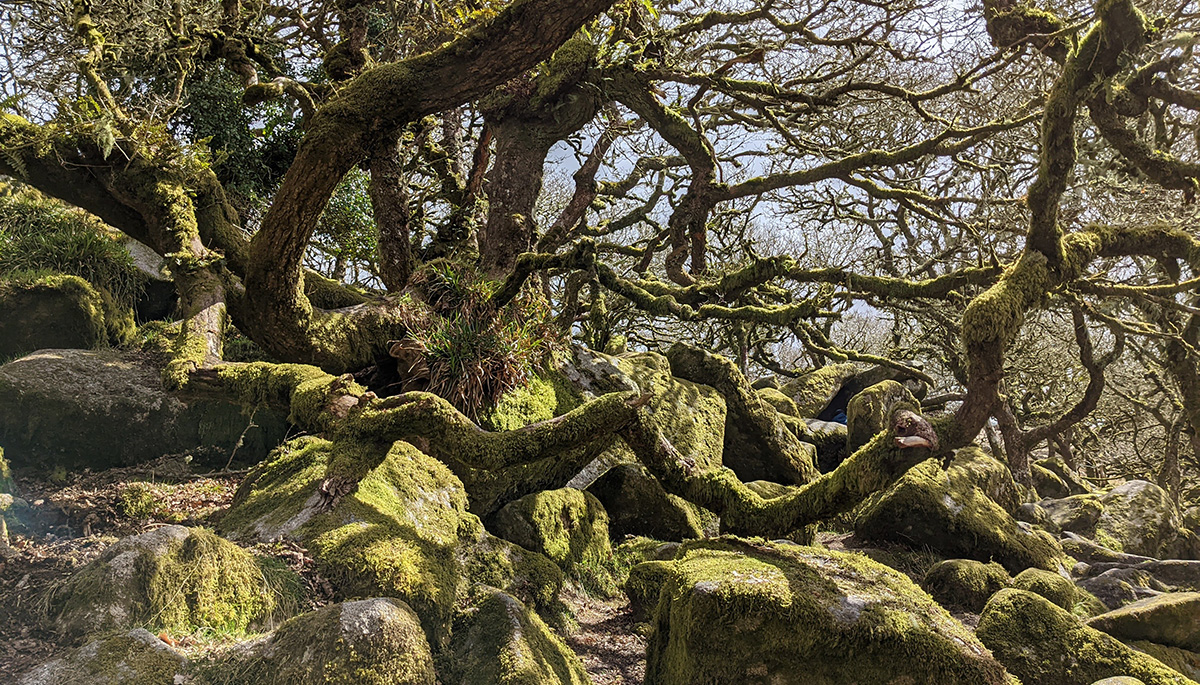 This mysterious and magical oak woodland is thought to be what remains of a much larger forest that would have once covered much of the Dartmoor. It's claimed that locals refuse to enter the woods at night due to its reputation of ghosts and hauntings, the most famous of which is a phantom pooch known as Jumbo. It's said that Jumbo died while in the woods with his owner after being bitten by one of the many adders found there. Walkers have reported seeing the ghost of the small dog running around the boulders and his cries and whines have been heard echoing down the valley in the dead of night. 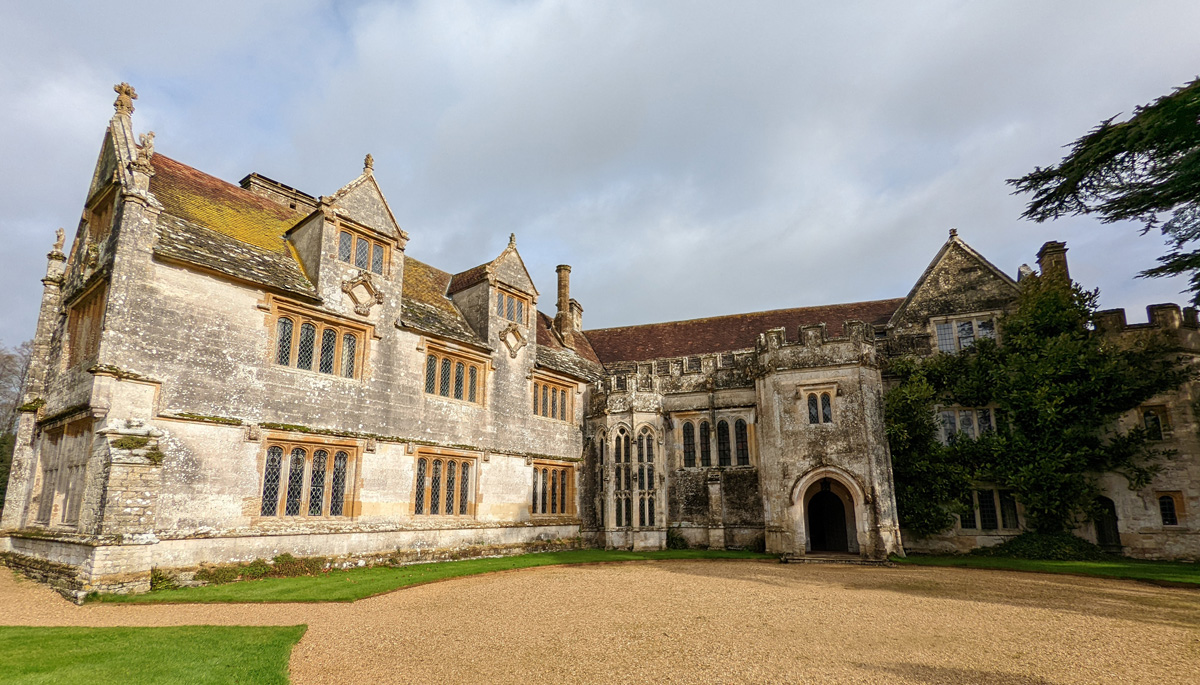 This Dorset home is said to be haunted by a total of seven ghosts, including the two spirits who are seen duelling in the great hall, the ghost of a little girl from the 16th century, and unusually, the ghost of a family pet monkey that used to live in the house in the 1500s.

The house was once home to William Martyn and his family, he was a trader and it's said that he obtained an ape that was imported by ship to England. The Martyns kept the ape as a pet, until it was accidentally locked inside a secret room behind the panelling in the Great Chamber. The ape starved, however in death he was able to escape and to this very day his ghost is seen walking about the house, causing mischief and disappearing into the walls. Some even claim to have heard scratching coming from within the walls.

3. The Tower Of London Bear 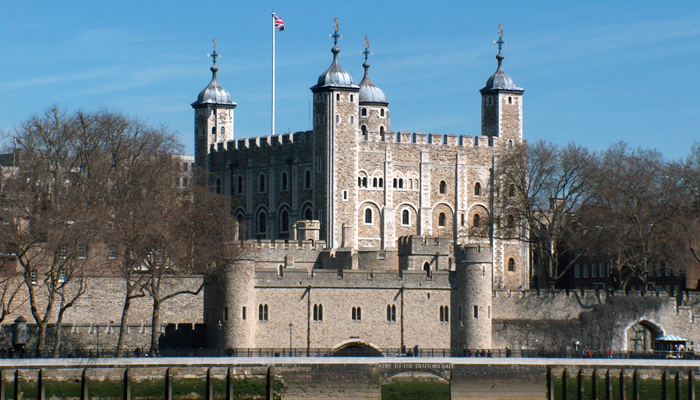 Millions of tourists flock to London every year to uncover its history and one of the city's busiest and most famous attractions is the Tower of London. It's regarded as one of the most haunted buildings in London and with a history of over 900 years of torture and execution, it's no surprise. However there's one ghost you wouldn't expect, that of a bear. Apparently the phantom bear was seen by a soldier in the early-1800s. He saw the large animal approaching him and prepared to defend himself with his sword, but the weapon passed straight through the ghost, the soldier collapsed and died several days later.

Greyfriars Kirkyard in Edinburgh's Old Town is where final resting place for several of the city's notable residents, such as James Hutton, Robert Adam and Mary Erskine. The graveyard is also known for its famous ghost, Bobby. The dog guarded the grave of his owner for more than a decade after his death. To this day, some can still hear his disembodied bark echoing throughout the graveyard. Some passerby even claim to have seen the dog still guarding the grave of his master. 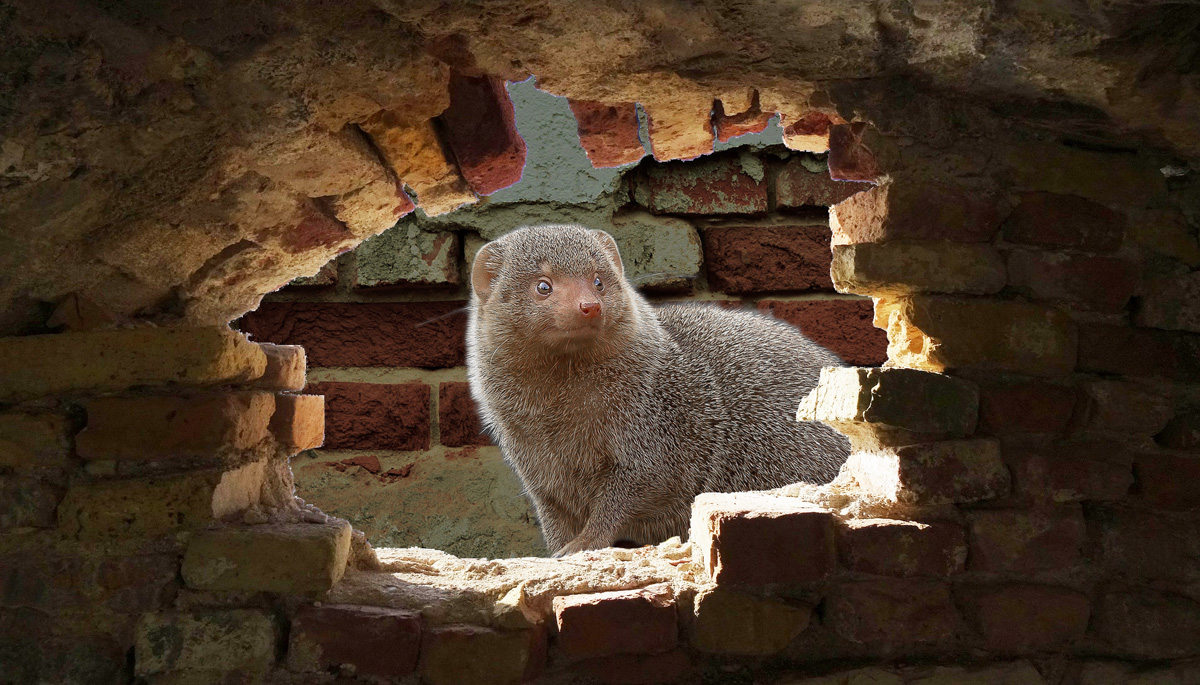 Whether you believe in the claims of Gef the Talking Mongoose or not, it's by far one of the UK's best known animal hauntings. Gef was said to be the extra clever, Earthbound spirit of a mongoose who could speak perfect English and lived within the walls a farmhouse belonging to the Irving family on the Isle of Man. The mongoose was investigated by well-known parapsychologists of the time, including Harry Price. The story was given extensive coverage by the British press in the early 1930s, and although many have concluded it to be a hoax, Gef is still talked about to this day.