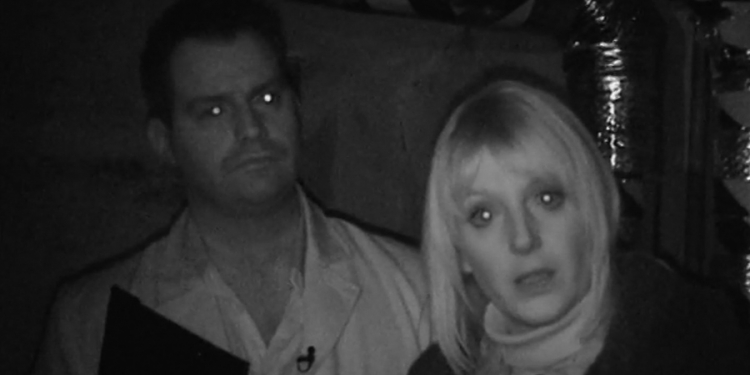 Yvette Fielding and a team of experts have been called to the Welsh valleys to spend 24 hours in a very active place. A castle that is supposedly one of the most paranormally active places in Great Britain. It's plagued by strange noise, disease and a curse and with so many different kinds of ghost sightings.
In 1842 the story of Craig-y-Nos begins, originally it started life as gothic mansion. It was owned by two sets of families over the years, before a famous opera singer took over. In 1878 the supreme diva, Adelina Patti, bought the property and named it Craig-y-Nos, which means "rock of the night" and began making it her home.

Complete with her own elaborate theatre, she invited many rich and famous friends to watch her perform on stage. After her death in 1919 her third husband sold the property, where upon it became a tuberculosis hospital for many years. The current owners are now living here as a family and restoring the property.
Richard Felix, the show's historian tells us a bit more about the history of the house, "it was built 1840s for Powell, Captain Powell, family, who was a surgeon in Indian in the army. He came back here, spent a a fortune on building but unfortunately there is story of a curse to do with the family most of his children died either through disease or through terrible accidents. He ran out of money, he went blind and insane, and eventually the house was sold to the Morgans, who lived locally."
The ghost of Adelina Patti has been spotted all over the building, but most frequently in the theatre, which was so dear to her. The sound of singing and strange noises have been heard coming from the boudoir and the ghost of a very well dressed Victorian gentlemen has been seen here.
Since the 1920s, transparent figures of patients have been seen roaming the stairs and corridors, almost as if lost. This is a stark reminder that this place used to be a sanatorium. Richard adds a little more about the building's medical history, "it went on to become a TB hospital and of course so many people lived and of course died here, from that disease which took so many lives in those days."
Before the investigation even started, the show's director, Karl Beattie and paranormal researchers, Phil Whyman heard the unexplained sound of a door slamming. Phil said, "that's strange, there's nobody else on this floor. So, I think it's best to get a locked off camera and place it on that floor."
Yvette then introduces us to Brian Shepherd, a psychic artist. He uses his psychic abilities to see spirit people and simply draws what he sees. He drew sketch of a strong Victorian lady, who he describes as being "musical" and has links to the theatre. Although, he was sat in the castle's theatre at the time.
With the show's resident psychic medium, Derek Acorah, on site, the team started their investigation on the second floor. Straight away Yvette said she heard the sound of something being kicked in one of the rooms they passed. They went in to investigate and seconds later, Yvette reported hearing whispering.
In a second floor bedroom, Derek picked up on the essence of several spirit who died of diseases while in the castle during its time as a hospital. One of the show's camera, Simon Williams then reported feeling unusually hot.
As Yvette followed Derek from one room into another, they were suddenly interrupted when Derek jumped, saying he felt he's been hit in his back because the spirits didn't want him to say what he was about to. This was followed by laughter, which was apparently none of the team.
Further down the corridor in the derelict staff room, the team heard a door bang. This was the same area where Karl and Phil had heard a bang earlier.
In the theatre, Derek picked up on the energy of Adelina Patti and was able to give her cause of death and the year she passed.
As the castle is so big, the crew split up into three teams. Yvette went to the upper floors of the castle with Richard, Phil and sound recordist, Tom O'Carroll, where Phil heard disembodied voices. Later a strange sound like someone sighing was picked up on camera.
Meanwhile, Cath Howe, Suzanne Vinton and Wendy James were in the cellar, where they caught an orb on camera while scaring themselves to death. The third team consisting of John Dibley, Rick Fielding and Simon shut themselves in the theatre, and like the other two teams experienced activity in the form of strange noises, until 3:30am when suddenly it went very quiet.
Despite it seemingly quietening down, Karl and Stuart Torevell went on one last vigil on the upper floors. They heard lots of unexplained noises around them, which resulted in Stuart becoming very uncomfortable. But, he wasn't alone in his fear, Craig-y-Nos proved to be one of the team's most terrifying locations to date.
The crew's investigation ended with a séance on the theatre, where they played her recording of the song 'Home Sweet Home', which is said to cause her to appear, but sadly nothing happened.
For reviews of all of the new episodes, plus highlights and evidence from the shows, and to find out when Most Haunted is on next, visit the Most Haunted episode guide.
Tags:
paranormalmost hauntedtelevisiontopicalwalesshiver