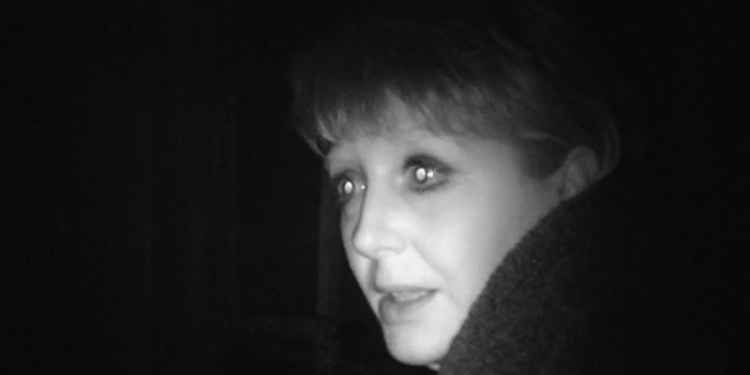 Yvette Fielding and the team visit Abergavenny's Skirrid Inn, the oldest pub in Wales, where more than 100 people have been hanged in the stairwell.
Since 1110 the Skirrid Inn was used as a court and became a site of mass execution. In total 182 lost their lives to the hangman's noose. It's said that the infamous Bloody Judge Jefferies could have been responsible for many of these deaths. He believed to be one of the ghosts that roam inside the inn.
The inn is said to be haunted by several ghosts, and has played host to kings and princes have also graced the inn with their ghostly presences, and some people have witnessed soldiers marching in the forecourt.

Objects are said to move on their own in the bar, glasses fly off the bar and smash, and drinks have felt something tighten around their neck like a ghostly noose. A ghostly woman in white is also said to wander the inn.
A room upstairs, which is now a bedroom, was once used a a court room, those that were found guilty were taken to an adjoining condemned cell and were later hung from a beam at the top of the stairs.
As this is the first in a new series of Most Haunted, there were a few changes to the team. Along with Yvette, a few familiar faces remain. Those being producer Karl Beattie, rigger Stuart Torevell and camera man Rick Fielding. But parapsychologist Jason Karl has left the show and has been replaced by paranormal investigator, Phil Whyman. Richard Felix also joins the team, he may be a familiar face to some as he appeared in the first series of the show as the owner of one of the locations the team investigated, Derby Gaol.
Also new to the team is cameraman Craig Harman, production manager Victoria Lysaght, sound man Tom O'Carroll and the show's production assistant Suzanne Vinton.
Of course, the show's resident spiritualist medium, Derek Acorah is also back. He did a great job in picking up on the spiritual energy of some of the ghostly inhabitants of the inn, including the Judge Jefferies and former residents, the Price family. Derek even mentioned that five members of the Price family were buried side-by-side in the local cemetery.
As a result of this claim, Yvette took Phil and Richard to the graveyard in the middle of the night to see if Derek was correct, an experienced that proved to be terrifying for Yvette. It was exactly as he had described, four head stones in a line with the surname Price engraved into them and a fifth, which was too old and weathered to read.
Back at the inn, the team switched to night vision camera to carry out an investigation. It proved some what uneventful, a trigger object that Phil places in bedroom two didn't move, and nothing was caught on, apart from when Karl and Rick were in the condemned cell and holding a vigil and the door opened on its own.
It wasn't long after this that the building's burglar alarm mysterious triggered despite not being armed.
The episode end and the team shared there thoughts. Interestingly, Phil was fairly disappointed by the investigation as he felt the inn didn't live up to its reputation, but Richard thought it was an excellent investigation. He said, "I'm even more convinced now that this place is haunted."
For reviews of all of the new episodes, plus highlights and evidence from the shows, and to find out when Most Haunted is on next, visit the Most Haunted episode guide.
Tags:
most hauntedparanormaltelevisiontopicalwalesshiver