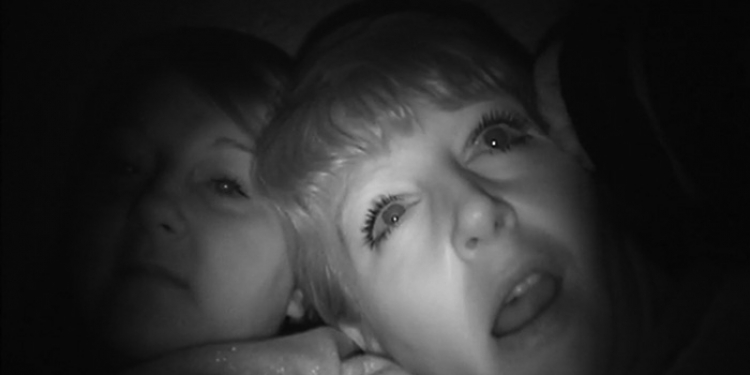 Most Haunted returns to Dudley, this time to investigate The Station Hotel. Since its opening in 1910 the hotel has welcomed many famous guests such as Laurel and Hardy but is said to be haunted by the ghost of a murdered maid.
Dates back to 1863, some people believe that the hotel started life as a manor house, but according to records, this is not true, only fields lay where the hotel stands today. Across from the hotel was the famous opera house, where many famous actors walked the boards and used the hotel for their accommodation.

It's believed a murder took place in the early 1990s, the manager allegedly killed a young chamber maid in the cellars and put her body in a beer barrel. Some people still believe her remains are hidden within the hotel grounds, but this doesn't really make sense as the manager was hanged for his crimes. So either they found there or the manager told them where he'd hidden her, otherwise how else did the story of the beer barrel get passed on?
The team have been invited to the hotel due to the huge amount of paranormal that staff and visitors have occurred. The reports include poltergeist activity, some as violent as knives being thrown. Others have reported eerie feelings, disembodied voices, and sightings of full apparitions, including a man in black who's been nicknamed George, and a lady in white.
When Derek Acorah arrived he wanted to go straight down to the cellar to start his walk around the property. He picked up almost immediately on the murder of the maid and eventually names both the murderer, George, and his victim, Elizabeth.
The investigation continued with Yvette sat on a bed in one of the guest room with the show's new makeup lady Catherine Howe and Suzanne Vinton the production assistant. They first caught an orb on camera, and then Yvette reported a weird sensation. She excitedly said that the top of her thighs were hot, almost like they were burning. Cath then said she thought she felt the bed move, before another orb floated across the shot.
Once the vigil ended, Cath noticed three scratches on her cheek. She said that she didn't know how it had happened, but had noticed her cheek getting hot during the vigil.
We're then shown Most Haunted's most amazing footage to date. A night vision camera was left recording over night in room 214, but at just after 4am it caught something odd. A chair in the room appears to move on its own, minutes later the bed also moves. The movement is very slow and lasts around six minutes, but when the video is sped up 30 times, it's clear to see.
Strangely, this is the same bed that Cath had thought she'd felt move earlier in the investigations. Yvette ends the investigation by saying, "although this footage can be technically criticised because there are not enough views of the room, the Most Haunted crew are amazed at this footage of room 214."
For reviews of all of the new episodes, plus highlights and evidence from the shows, and to find out when Most Haunted is on next, visit the Most Haunted episode guide.
Tags:
most hauntedparanormaltelevisiontopicalwest midlandsshiver