DEBUNKED: "Noah" The Time Traveller From The Year 2030

Is Noah a time traveller from the year 2030 or is he just another internet fake? According to Apex TV, the channel that posted the video, Noah has passed a lie detector test. 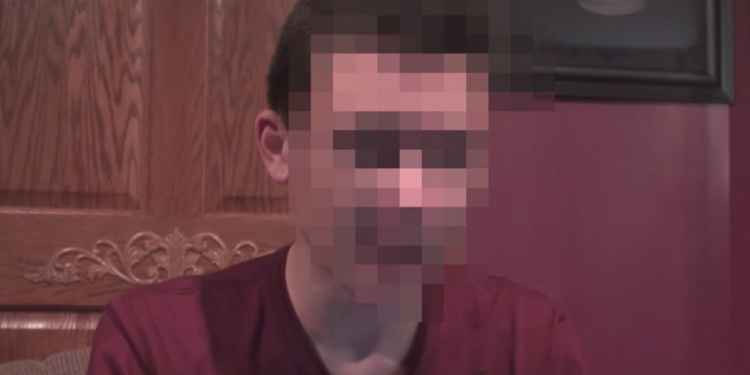 In a tale which is reminiscent of the classic John Titor story from 2001, a man has once again posted a claim on the internet that he is a time traveller from the future, and it seems that his story may have been validated thanks for a lie detector test.
It all started towards the end of 2017, when a video was posted online which supposedly showed the testimonial of a time traveller calling himself Noah, who says he's from the year 2021.
In the video, which was uploaded to the YouTube channel Paranormal Elite, Noah says he has travelled back to November 13th, 2017. Speaking with his face blurred to hide his identity, he says, "I am not attempting to deceive anyone, my sole objective is to prove to you that time travel exists and that I, myself, am a time traveller."
Noah goes on to say that, not only does time travel exist in the time period he's travelled from, it already does today. He says, "time travel became possible in the year 2003, it is only used by top secret organisations," he adds that "the ability to time travel is not planned to be released to the public until 2028."
The video starts with a message to the viewer which explains why the time traveller has chosen to hide his identity. Apparently he's assumed the name Noah due to the threat of assassination. However, it's not made clear in the video why Noah's life is at risk, but on the verge of tears he says that he has been fired and can't get back to his time. He then goes on to try to convince us that he is genuine with some facts which he says will come true over the next few years. 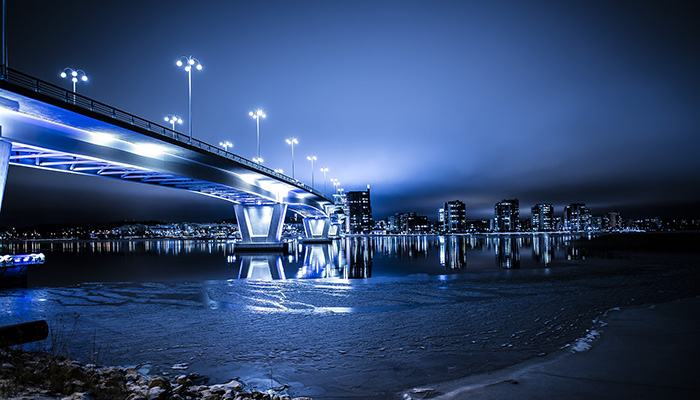 Photo: pixabay.com
"Electric cars and self-driving cars will be dramatically improved. A consumer electric car will be able to drive over 600 miles on a single charge in 2021." This is already a massively growing field of technology, making this claim is no more insightful than saying "computers will be more powerful in the future." Not to mention the fact the claim isn't actually that impressive, it was reported last August that the Tesla Model S has managed to travel 670 miles with a single charge.
"Many people are spending a lot of time in virtual reality." This is again already a growing industry and something which the next generation of gaming consoles will capitalise on. Sony bosses have said this week that the PlayStation 5 is still "some way off," and given that the PlayStation 4 has already been around for four years, we can surmise that the PS5 and its XBox rival will be the consoles leading gaming and the virtual reality revolution in 2021, as it is only three years away.
"I would highly recommend investing your time and money in sustainable energy," says Noah the time traveler, and also Bloomberg, who in a recent report said that the green energy sector will see nearly $5.1 trillion worth of investment in new power plants by 2030, and that by this time renewable energy sources will account for over 60% of the 5,579 gigawatts of new generation capacity. So again, Noah isn't telling us anything we don't already know, this isn't a powerful, insightful glimpse into the future, you can read about this in the news this month.
"Artificial intelligence will also be a huge and growing market in 2021," Noah claims. There's no doubt AI is going to be big business, in fact the British government released a paper in the back end of 2017 stating how they were planning on growing the artificial intelligence industry in the UK. The paper estimated that "AI could contribute up to $15.7 trillion to the global economy in 2030, more than the current output of China and India combined." The fact that AI is going to be a huge market is already widely known.
He goes on to make an equally as weak prediction about wearable technology, which he says "is also becoming increasingly popular in 2021," well of course, it's growing in popularity now. Noah is only talking about three years in the future. I think as a teen it's hard for him to grasp what an amazingly short period of time three years is. Companies will already been planning product launches for 2021.
Now for the good bit, Noah says "I'm now going to tell you the winner of the 2020 presidential candidate election in America. I promise that the president of the United State after the 2020 election will be Donald J Trump." It's hard to argue this one, elections are notoriously hard to predict, who would have guessed Trump would have got a one term, let alone two?
This doesn't make Noah right, or even insightful. This is his one bit of potential evidence that he's from the future, every other bit of "proof" he has given is just built on current trends and existing knowledge. He's purposely chosen one big claim which could prove he is from the future, but in order to test his claim we have to wait over two years until the next US election. And even then, it's an obvious possibility that Trump could get reelected. Couldn't Noah have also mentioned who his opponent will be? This would add a lot of validity to his claim.

Was Noah Telling The Truth? 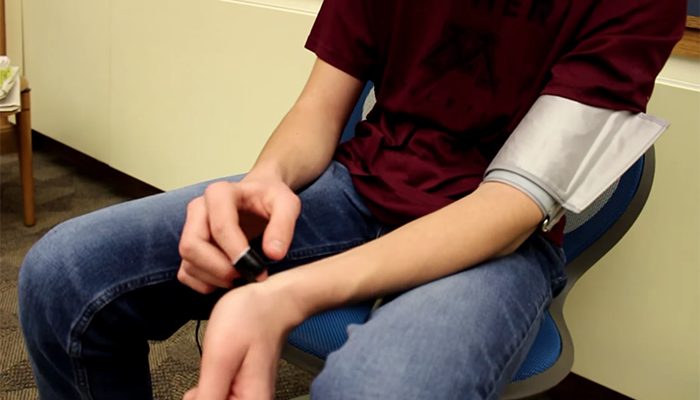 Photo: youtube.com
The video promised to hook Noah up to a lie detector and said they'd be giving us the results throughout. For the first few questions a little green box with the word "true" popped up on screen after Noah's answer, but after question five Apex TV seemed to forget about the whole lie detector thing and stopped flashing the result up until the final question.
Many people have pointed out in the comments on YouTube that polygraph machines and lie detectors aren't 100% accurate and can be tricked, but that's irrelevant as we don't actually see the machine in the video, just what the video makers claim is the result. This is no more convincing than me saying "I can fly" - TRUE.
We don't know if there was even a machine, if the results we see were really what the machine read... nothing, it's pointless, especially as it was only used in four or five questions anyway.
The whole thing is just too full of holes. If Noah really did suddenly appear from the future last November and then called Apex TV, firstly how did he arrive? Where is he living? If he had nothing with him, how did he get the cash to phone Apex TV? How did he even get online to find the number?
In the original video Noah says that he's trapped in 2017 after being fired and seems upset talking about this, but the most recent video ends with the claim that Noah was taken back to 2030 and interrogated, which resulted in him going missing from our time for a few days. Why wasn't he brought back to the moment he left? Why was he brought back at all? None of it adds up.
I think Paranormal Elite and Apex TV are a little out of their depth with this hoax. They're too young and not worldly wise enough to pull it off convincingly. The Paranormal Elite channel actually has much better videos, one of which I wrote about last year, which purported to show a mermaid washed up on a Beach in Minnesota.
But the Noah hoax reeks of desperation. Since posting the original video, which has notched up 1.6 million views so far, they've uploaded three more time traveller videos in an attempt to repeat the popularity of the first, as well as several interview with Noah on the Apex channel. Plus the fact they've openly commented on YouTube's ad revenue share policies which exposes them as nothing more than money-hungry trolls.
This is proved further when at the end of the interview, the host hands Noah a time traveller t-shirt before pointing out that you can buy one yourself. 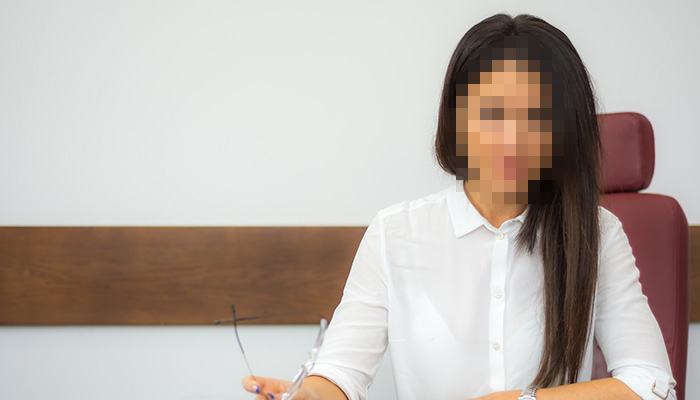 There's one other major unanswered question, who is Ilana Remikee?
When asked who will be the president of the United States in 2030, Noah gives no more detail other than saying it's someone called Ilana Remikee. As with all of his answers, Noah seems too dim to add any details, he didn't mention whether Ilana was a republican or democrat, or volunteer any other information on her... which is mad considering that his "sole objective" is to convince us that time travel is real.
Now given that 2030 is only 12 years in to the future, Ilana Remikee should already be either an established business leader or a serving politician. The youngest person to assume the office was Theodore Roosevelt, who became president at the age of 42 years. So, future president Remikee must be at least 30 now. Has she not heard her name in this video and come forward to validate his claims? After all it's an unusual name and you'd know by now if you had your sights set on presidency.

What We Know About Noah 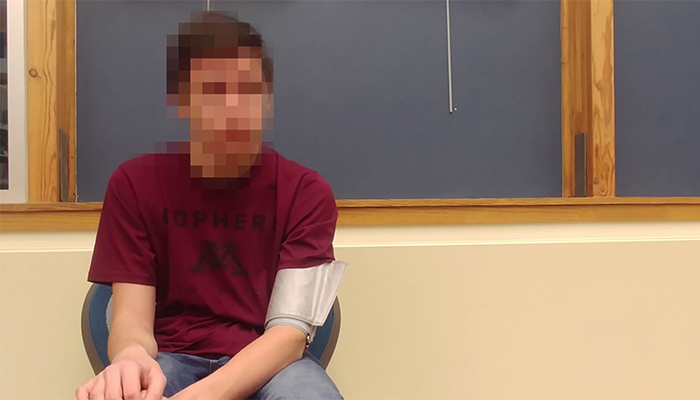