Why You Keep Seeing The Number 11 Explained 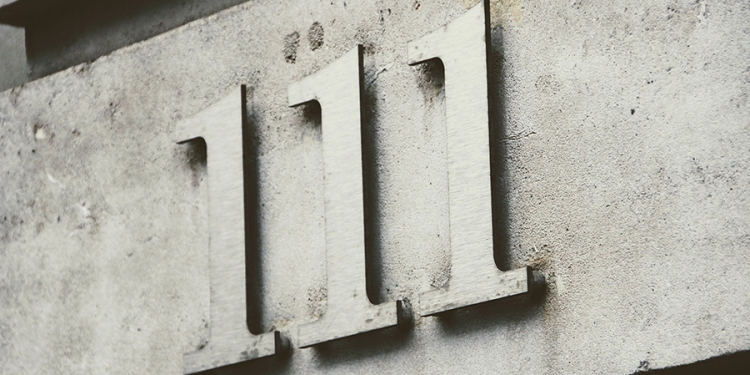 Photo: pixabay.com
Do you keep glancing at a digital clock and noticing it's 11 minutes past the hour or you might always look at the clock at 11:11 day after day. Perhaps you notice the number 11 regularly on car number plates, in the number of a bus route, in phone numbers, house numbers, price tags, on billboards or on bills and receipts. You may even be handed $1.11 change after a purchase or receive an important email from a friend at exactly 1:11am.
Once you notice the number 11, or even 111 or 1111, you will see them all over the place and it is not a coincidence. Numbers are a universal language which guardian angels use to give us a sign that they are with us and watching. We all have at least one guardian angel who helps guide us through our lives, and these number sequences, called Angel Numbers, are a simple way for your angel to communicate with you.
Angel numbers are short recurring sequences of one particular number that you keep seeing over and over again to the point where they stand out as being meaningful. The numbers usually appear in groups of two, three or four, such as 11, 111, 1111. However, the number 11 alone is a master number and holds more significance.
In every culture around the world spiritualists have relied upon the relationship between significant events and numbers or repetitive number sequences for generations, this is known as numerology and dates back to ancient times.
The sequence of the number 1 is one of the most spiritual of all of the angel number sequences and the number 1 is deeply connected with the Law of Attraction. It can represent new beginnings, fresh starts, independence, and ambition. A sequence of 1s is also very prevalent in daily life and is often the first angel sequence that people notice appearing in their lives and it's therefore often considered to be a spiritual wakeup call.
The sequence's power is usually amplified the longer the string is, however it should be remembered that 11 alone is already an extremely spiritually significant number as it is a master number. Longer strings might present themselves on clock faces as 1:11 and 11:11. This sequence often relates to someone who is inventive, original, and progressive in thought and wants to make the world a better place to live in.
There are thought to be several reasons why your guardian angel might make themselves known through these numbers. It could be simply to remind you that they are with you, to guide you down a certain path, or remind you to maintain positive thoughts, be strong or optimistic. Whatever the reason you see the number 11, your angels are clearly trying to tell you something.
So, what should you do if this powerful number sequence starts appearing in your life? You should open yourself up to the message that your guardian angel is trying to send you. You can do this by paying attention to when and where the numbers appear, as well as who is around you at the time and what you are doing. It may be the key to the message that someone is trying to send to you.

In the field of numerology there are some numbers that hold more power than other numbers and one of the most powerful of all the numbers out there is the number 111. So this this video will give you a little insight into the 111 meaning.
In numerology the number 111 is corries the combined attributes of the number 1 as well as the master number 11. This combination gives the number 111 special powers that other numbers don't have.
In numerology circles the number 1 is well known for independence, leadership, inspiration and it's also commonly agreed on that it's one of the most powerful and positive numbers out there.
The number 11 is also very powerful and resonates with the principles of awakening and enlightenment and is used to discover your life purpose. It also symbolises self expression and sensitivity.
When these numbers are combined they become even more powerful. If you keep seeing 111 everywhere then it can often be messages from angels or spirit guides. It is their way of telling you that your thoughts and ideas are ready to be manifested.

Find Out Your Angel Number